A man who stabbed and killed his brother with a samurai sword and then spent 2½ years on the run has been found not guilty of murder by way of mental impairment.

Jonathan Dick waited for brother David to exit a lift at a Doncaster shopping centre and then slashed him with the sword and repeatedly stabbed him with a knife during a brutal 66-second attack on February 3, 2017. David Dick, 36, walked through the shopping centre to a car park as part of his daily routine. 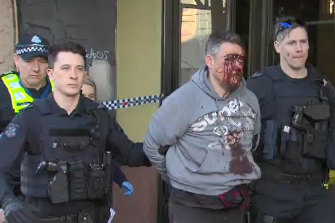 Jonathan Dick, with his face covered in blood after his arrest in Melbourne’s CBD last yearCredit:Nine

Jonathan Dick spent the next 2½ years as a fugitive as Victoria's most wanted man, until on August 19 last year he was spotted by a former school friend, David Cammarata and subdued and then arrested in Hosier Lane in central Melbourne.

Mr Dick had swung a pick hammer at Mr Cammarata outside the former friend’s home a year before the arrest.

On Thursday, Justice Lex Lasry was satisfied Mr Dick was suffering the effects of a severe mental illness when he killed his brother and attacked Mr Cammarata, and found the 42-year-old not guilty by way of mental impairment of charges of murder, attempted murder and stalking.

Mr Dick is currently in jail but faces the prospect of spending years in a secure mental health facility for treatment. 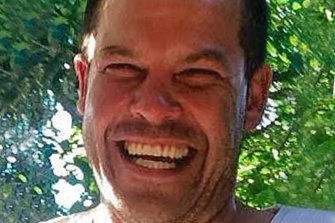 Two forensic psychiatrists told the Supreme Court this week that Mr Dick had been diagnosed with paranoid schizophrenia and it was clear he was delusionary and mentally unwell when he killed his brother and attacked his former friend.

One of those experts, Rajan Darjee, found Mr Dick believed he was directed to kill his brother by their father and by a girl he knew at school.

"He had become determined to carry out this killing because of a belief he had no choice and because of his belief that it was the right thing to do," Justice Lasry said, quoting Dr Darjee's findings.

"He chose a method of killing his brother that he thought would be effective and quick." 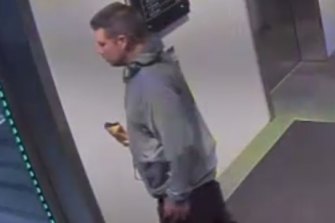 Jonathan Dick killed his brother after he stepped out of a lift at a Doncaster shopping centre.Credit:Victoria Police

The other psychiatrist, Anthony Cidoni, told the court Mr Dick believed it was his destiny to harm both victims for their past "misdeeds", and that killing his brother would prevent harm coming to others.

"I am satisfied on the unchallenged evidence of the two professional witnesses that at the time of these three offences the accused was suffering from a mental impairment," Justice Lasry said, and that "he did not know what he was doing was wrong."

Mr Dick listened to Justice Lasry's ruling from a mental health unit in jail but will be assessed again and in the coming months is likely to be transferred to a secure mental health facility for treatment.

Justice Lasry is set to rule on where Mr Dick is held and the duration of his treatment in the coming months.

Since Mr Dick's arrest, the court heard, there had been a reduction in his delusions and he had developed an insight into his mental illness.

It was likely he developed schizophrenia from 2010 or 2011, Justice Lasry said, and the cannabis he used might have played some role in its development.

The court heard on Tuesday there were at least three attempts to obtain mental health treatment in 2012, 2013 and 2015 over his delusions and behaviour.