BREXIT will finally be delivered today after years of battling against the odds.

Despite a remainer-filled parliament and the full weight of the political establishment, the nation is now on the way to becoming truly global.

As the big moment approaches, the Sun Online looks at how the battle for Brexit was won over the last four years. 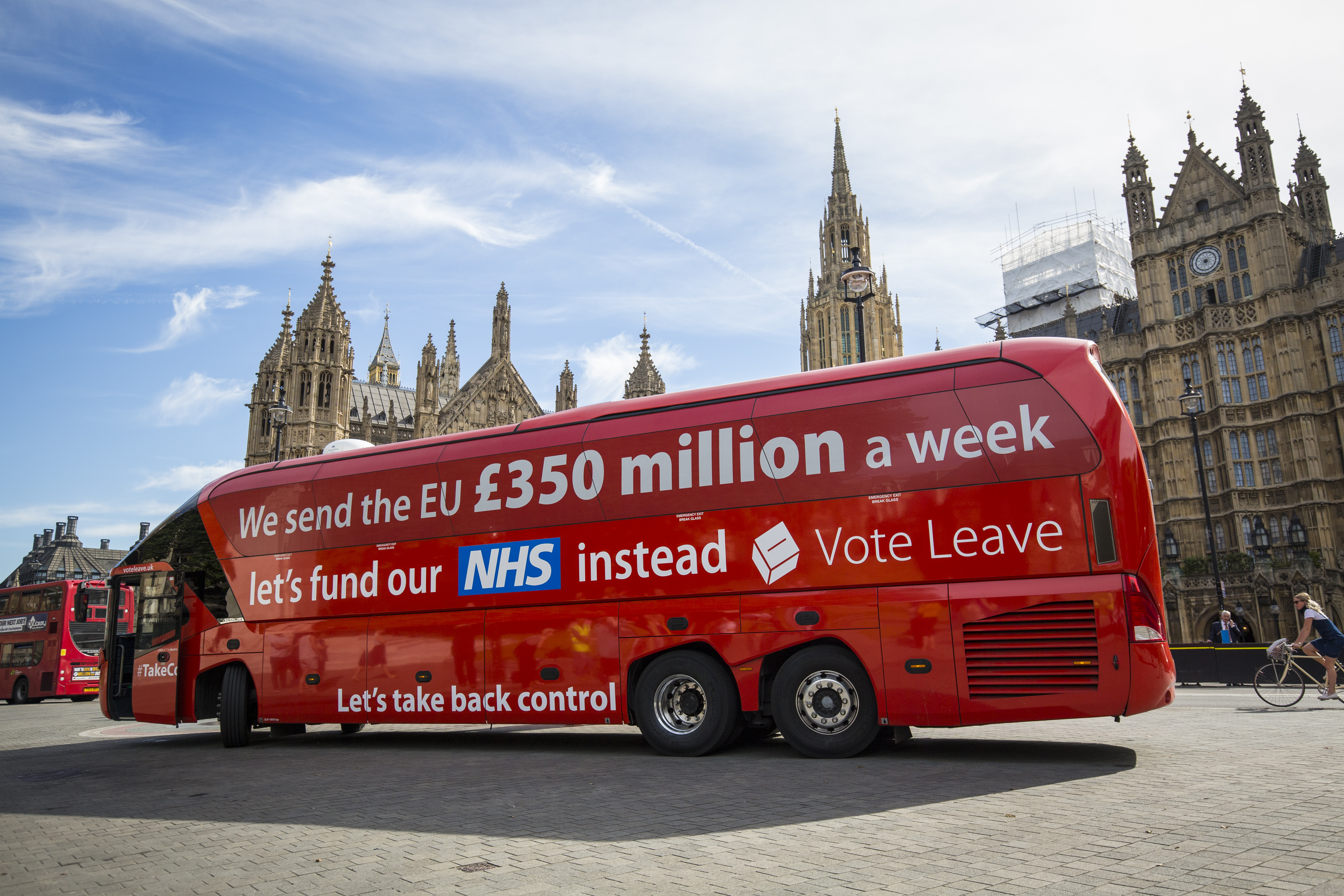 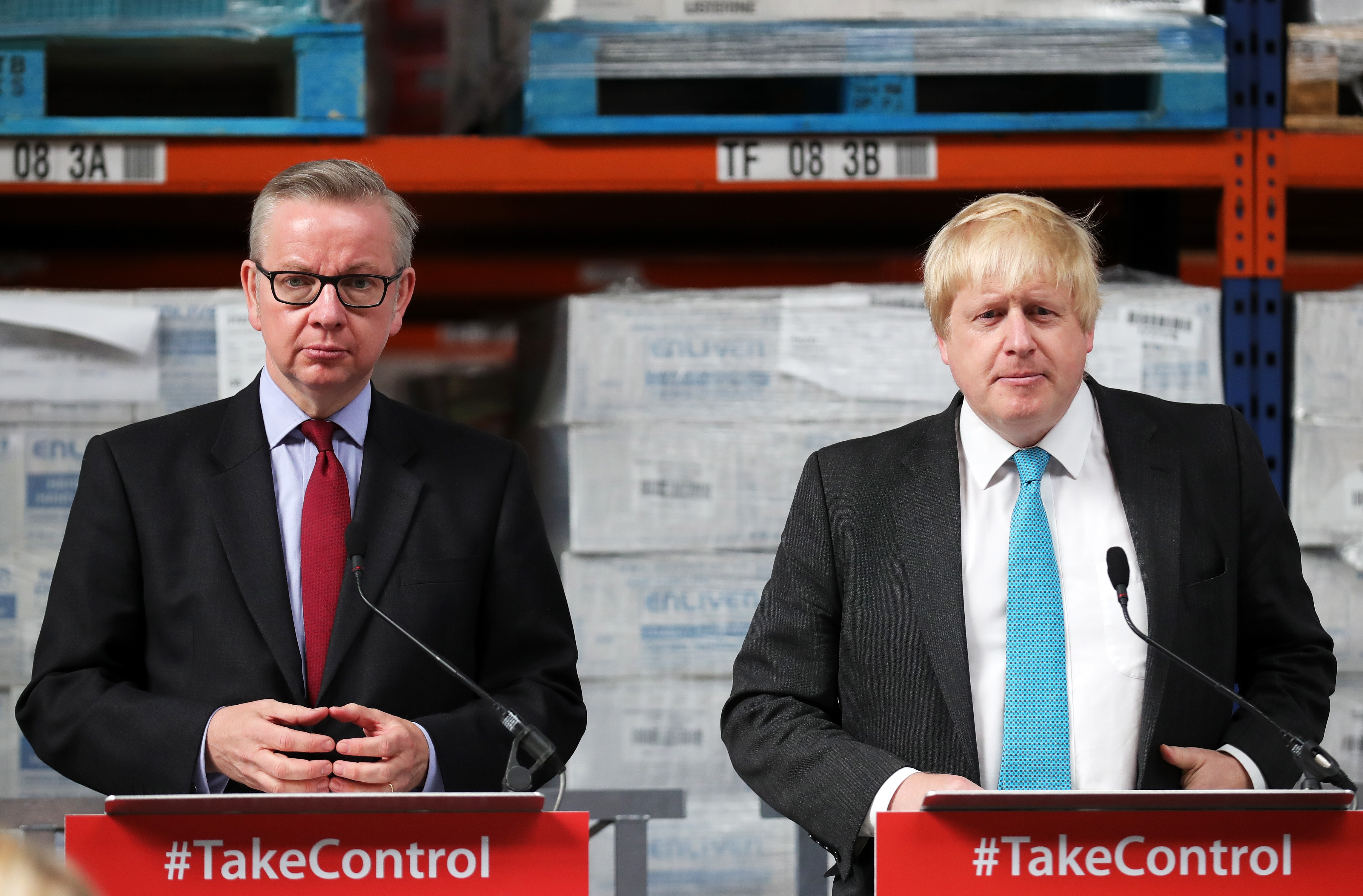 The first hurdle was seeing off the Government-backed Remain campaign.

Splashing out £9.3 million, they were able to deliver a pro-EU leaflet to 27 million households across the country.

And then-Chancellor George Osborne warned that Brits would be hit in the pocket if we left, as Project Fear took on a life of its own trying to scare us to stay in.

The Remain campaign was also backed by every single living Prime Minister, as well as the-then President Barack Obama.

But on June 23 2016 the British public decided they were sick of being told what to do, rejected scaremongering and the status quo.

In one of the biggest upsets in history, the leave campaign handed the Remainer establishment a bloody nose in the result of a lifetime.

Lifelong euro-sceptic and then-Ukip leader Nigel Farage described it as “two fingers up” at Britain’s politicians. 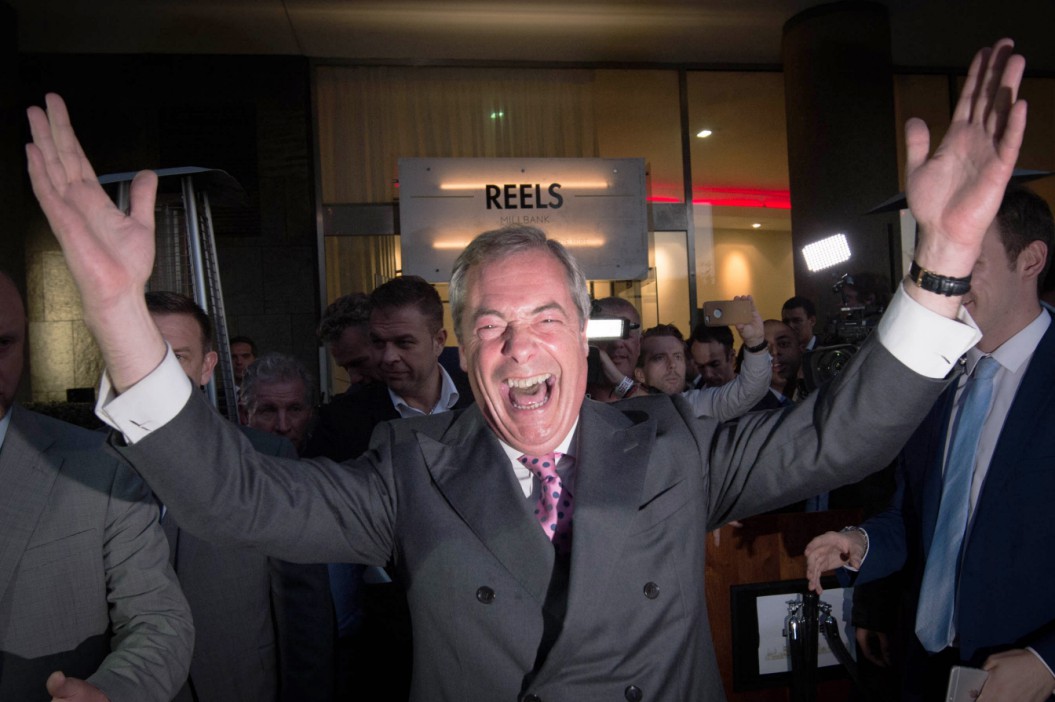 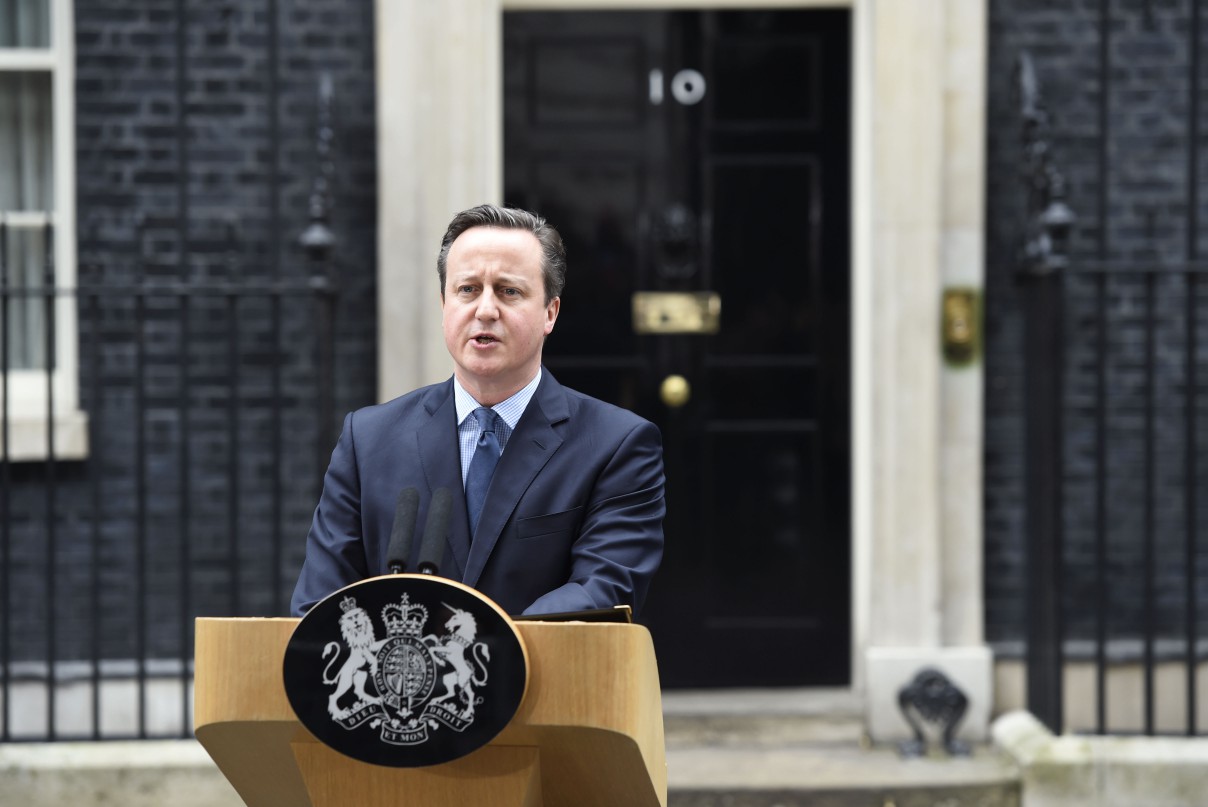 The result sparked the end of Mr Cameron, who resigned on the steps of Downing Street the very next morning – leaving no one in charge to steady the ship.

Theresa May stepped in to replace her and was seen as a safe pair of hands at the time, despite backing Remain.

Immediately she said Britain had to respect the result of the referendum, and started the long road to delivering the result.

Before firing the starting gun, the new PM had to battle with a whole series of court cases from Remainers trying to stop Brexit from happening.

Gina Miller was successful in forcing a vote before MPs could officially trigger Article 50.

After a long battle, the Government were forced to abide by the ruling.

Following the vote, Mrs May sent our EU ambassador to Brussels with a letter saying we do want out, kick-starting two years of talks to seal an exit deal in. 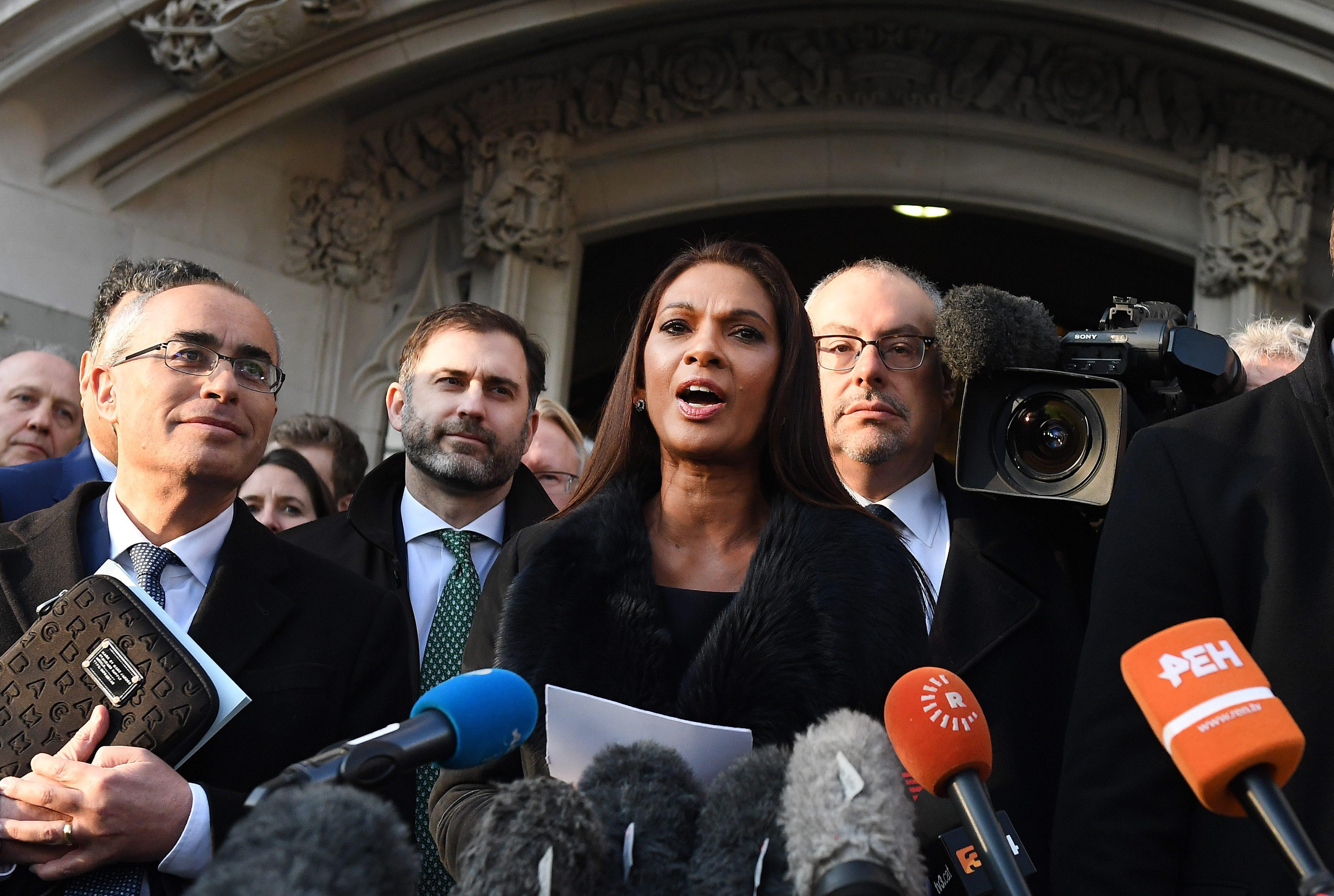 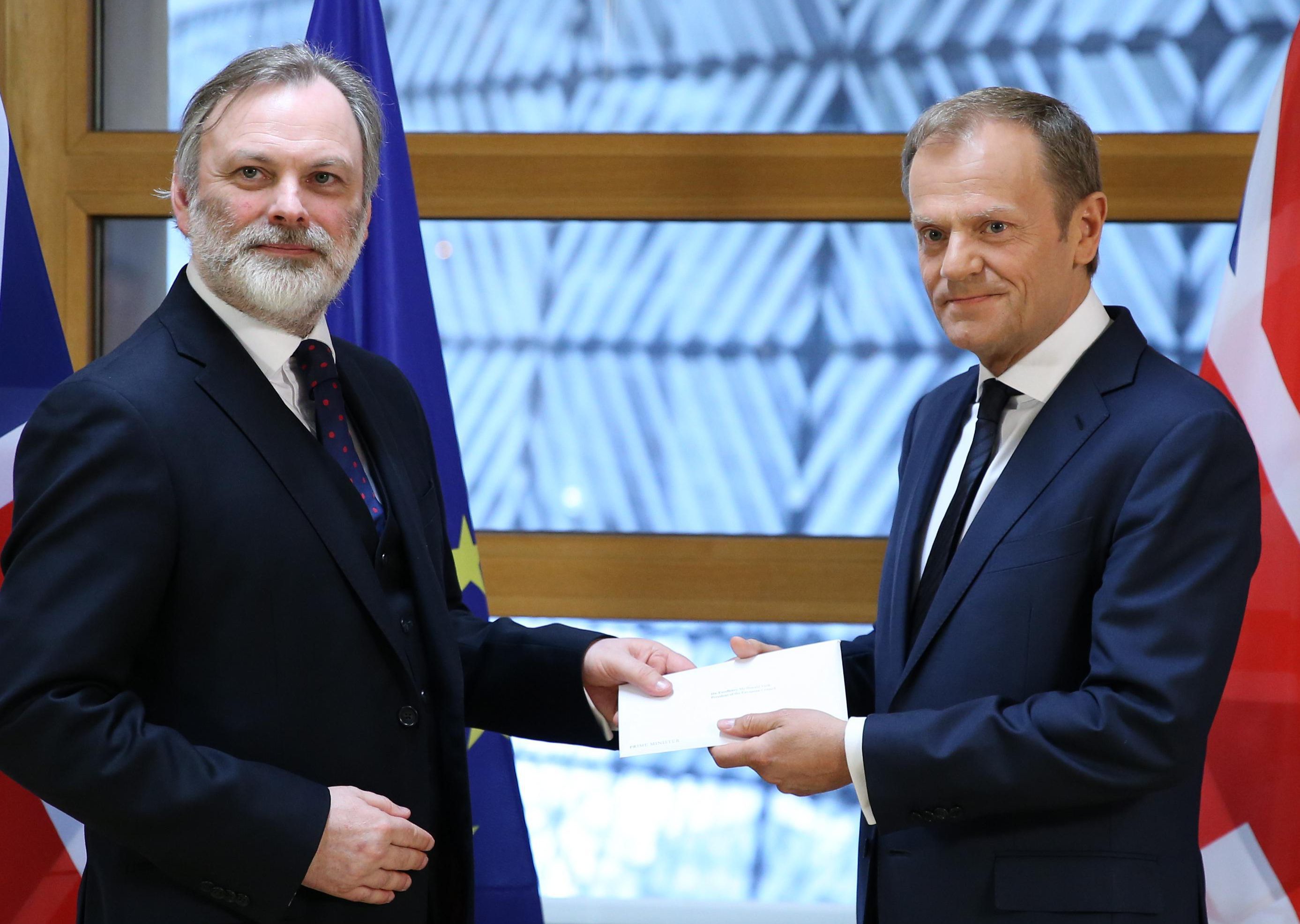 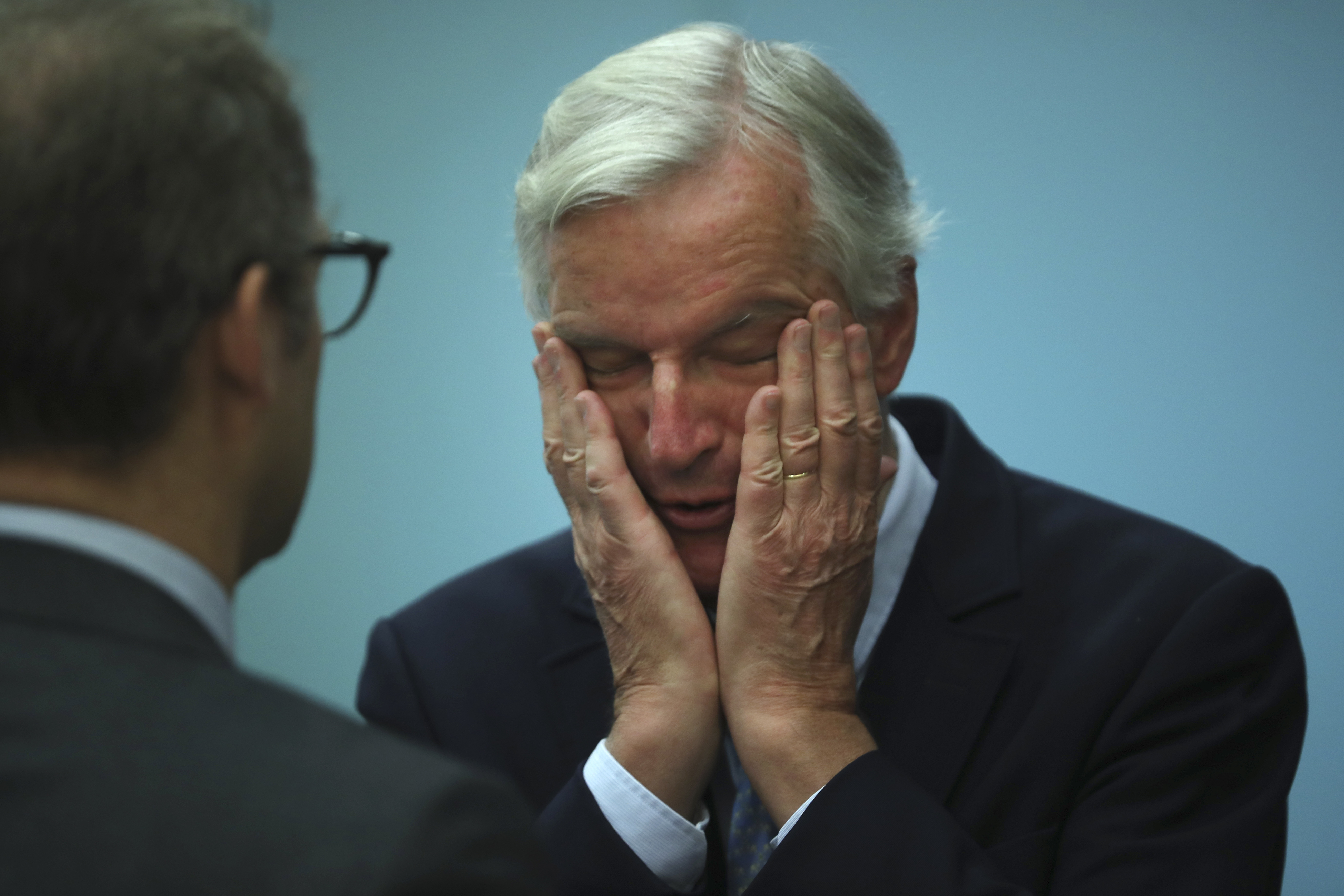 The PM tried her best to get Brussels on side in the early stages of talks, but they refused to accept Brexit was really happening.

They scorned her for refusing to decide whether Britain wanted to stay close to the EU or throw off the shackles.

Repeatedly Brussels bosses would doubt whether Britain would really leave at all, and said it was welcome to stay if it wanted to.

They refused to even discuss a future trade agreement with the bloc until a string of other things had been sorted – including the huge Brexit divorce bill.

Brexit almost fell again when his replacement Theresa May called an election in 2017, as she tried to shore up a bigger majority in Parliament.

Despite facing a useless Jeremy Corbyn, the result was a disaster with cocky Mrs May surrendering her majority.

She was then forced to rely on the DUP, leaving her lacking the power and control needed to get Brexit done.

Brexit's future continued to hang in the balance. 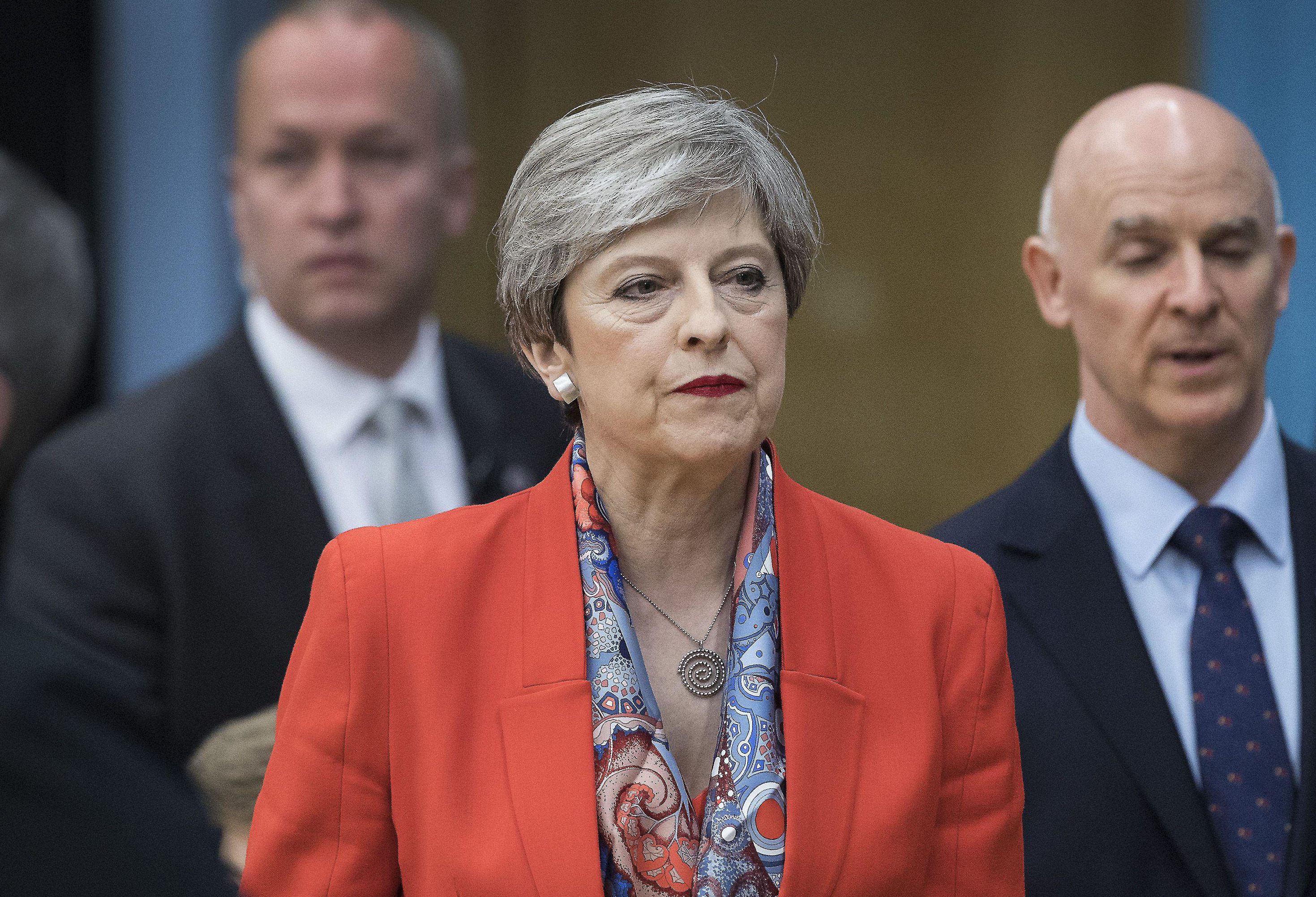 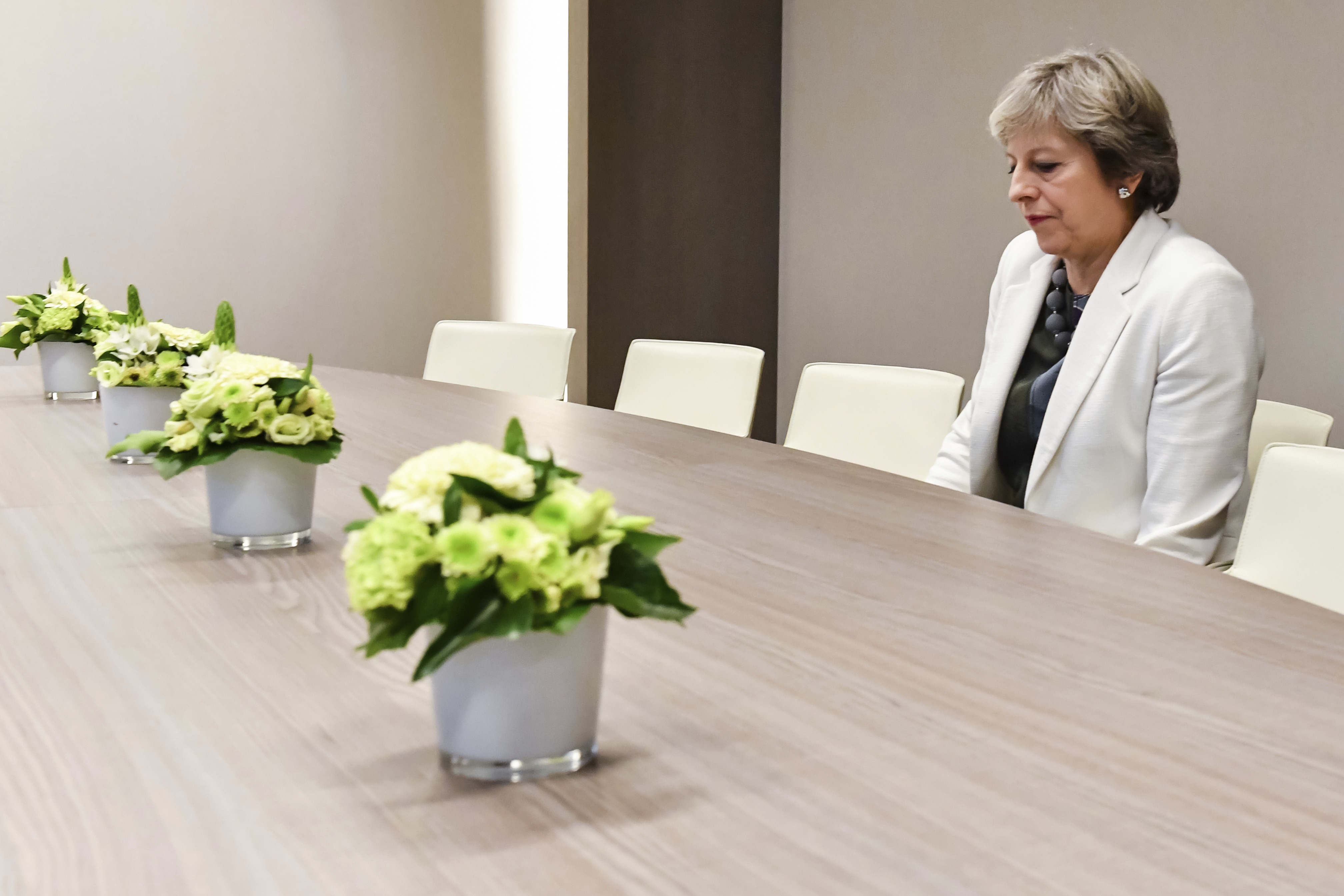 The PM went on to plan Brexit at a crunch Chequers summit over the summer of 2018, which unravelled as Brexiteers turned against her position.

But despite the odds, the PM did manage to seal a deal with Brussels.

However, it was universally slated by Brexiteers and Remainers alike.

Leavers hated it for tying us into EU rules, and resented the Northern Irish backstop – and Remainers despised it for taking us out in the first place.

New Brexit Secretary Dominic Rabb walked out with a string of others, leaving the PM severely weakened.

She then faced a vote of no confidence from her own backbenchers, who handed in letters calling for her to go.

But the PM comfortably won the vote, meaning she was safe for another year to get on with Brexit.

The PM's ongoing weakness sparked chaos in the Commons, with the PM repeatedly losing votes as she tried to get us out.

A cabal of MPs forced the government into allowing a Commons vote to sign off the eventual Brexit deal.

This then saw Mrs May’s deal shot down a total of three times.

Britain's future hung in the balance as the Tory party refused to get behind the PM, giving hope to MPs desperate to block democracy and overturn Brexit. 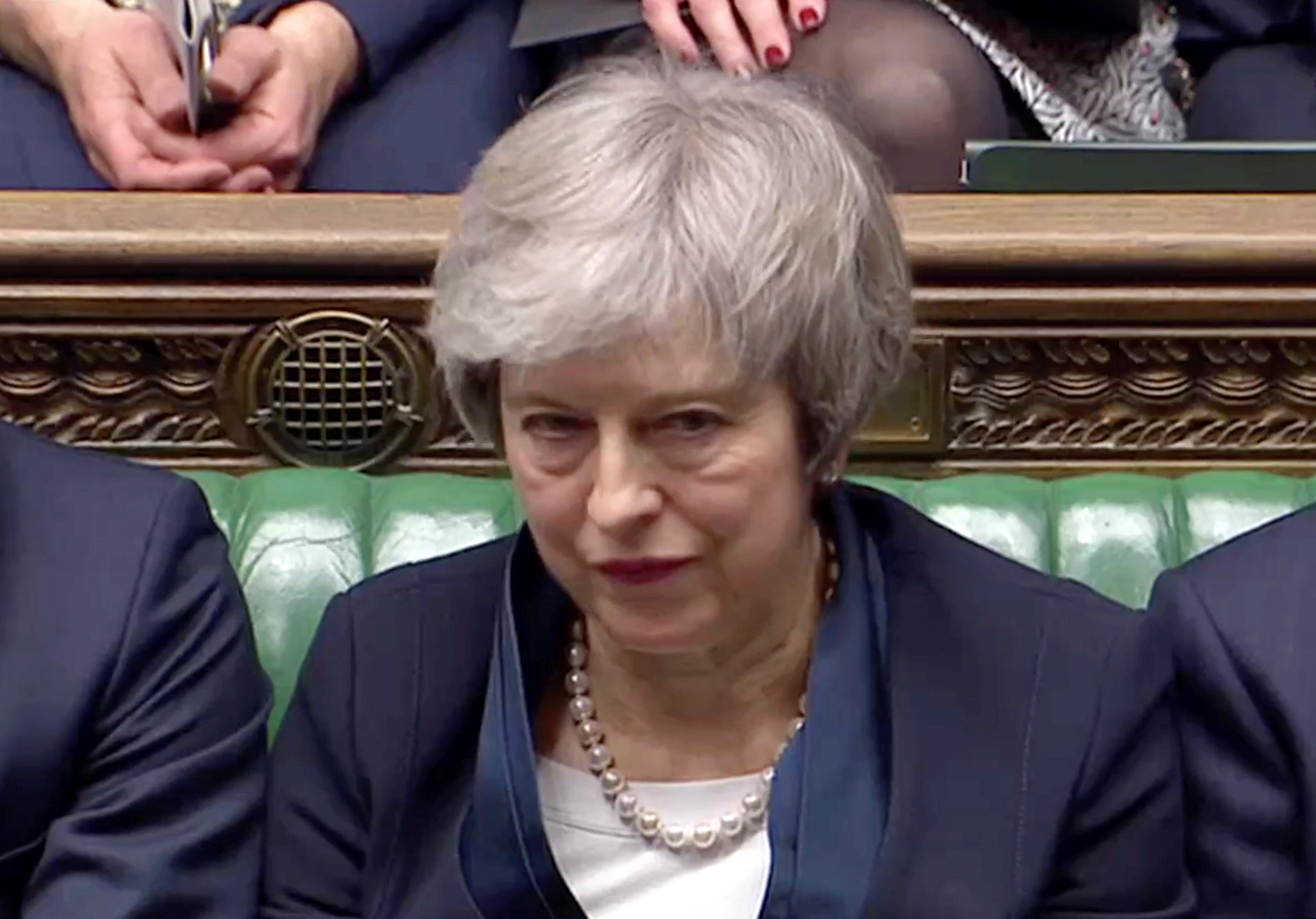 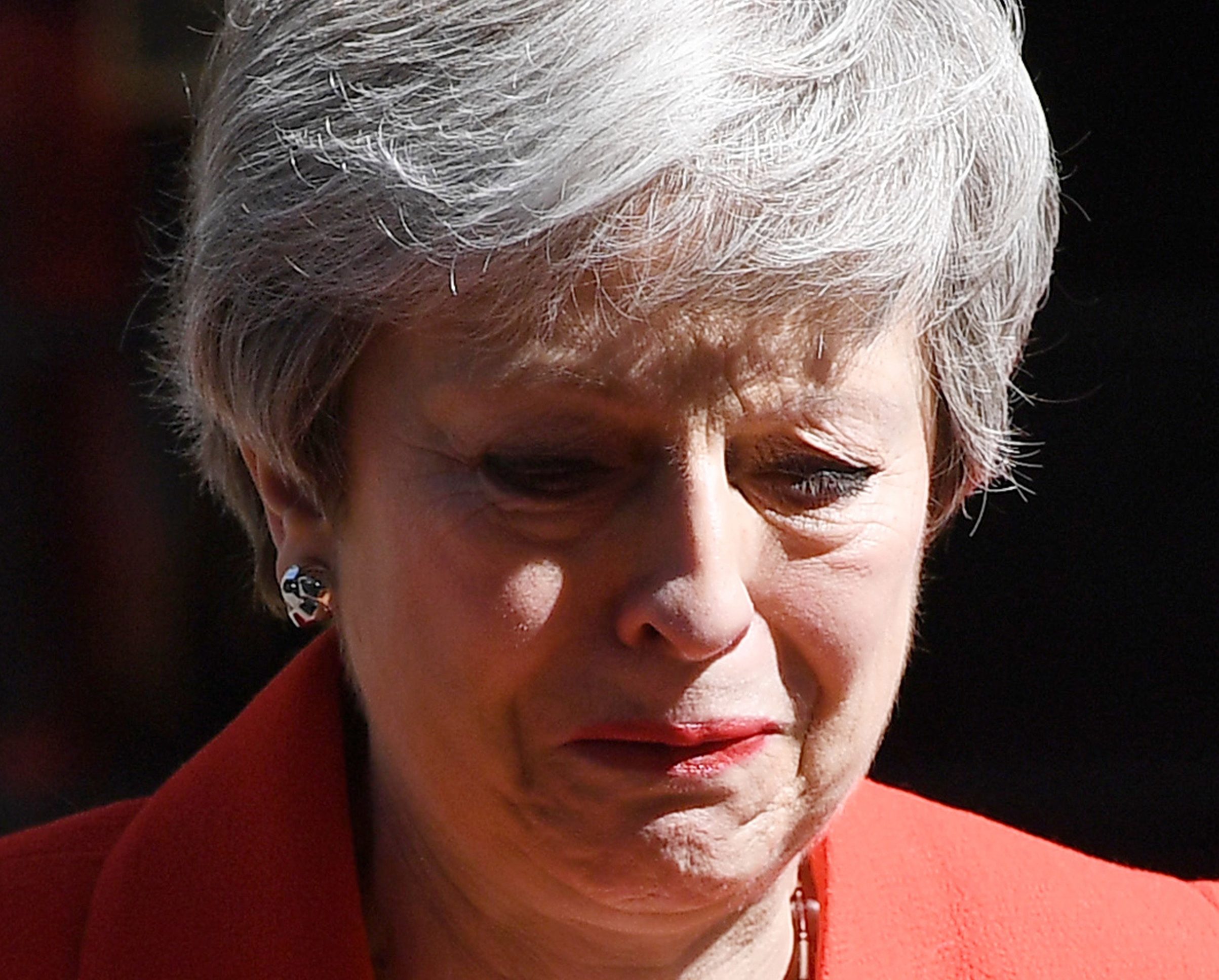 MAY BE GONE, BORIS RISES

On May 24, after three meaningful votes failing, and several rounds of cross party talks which didn't get anywhere, the PM finally faced defeat.

She announced she would quit as PM and hand over to her successor after a leadership contest.

Boris Johnson was crowned just a few months later, winning over the majority of the Tory party and finally uniting them behind him.

He got on quickly with a domestic agenda, but pushed on with his plan to renegotiate the hated bits of the Brexit deal.

And he ramped up No Deal preparations to get the EU to take our threat to leave without an agreement seriously.

Despite huge doubts that Boris would achieve anything at all, the PM amazed Westminster when he revealed a new Brexit agreement.

He raced to get it signed off before Brexit day but another gaggle of Remainer MPs blocked him from acting.

They pushed him into asking Brussels for a third Brexit extension, infuriating Leave voters once again.

Fed up with the deadlock, Boris pushed for an election until the Labour party and Lib Dems finally gave in and backed one.

The PM risked handing over power to Jeremy Corbyn and took his message to the country to 'Get Brexit Done' and finally move on.

After a gruelling six-week campaign he came out victorious with a huge 80-seat majority.

And he wasted no time either, bringing the deal back to Parliament within days to push it through.

It sailed through the Commons but was amended by Remainer in the House of Lords. 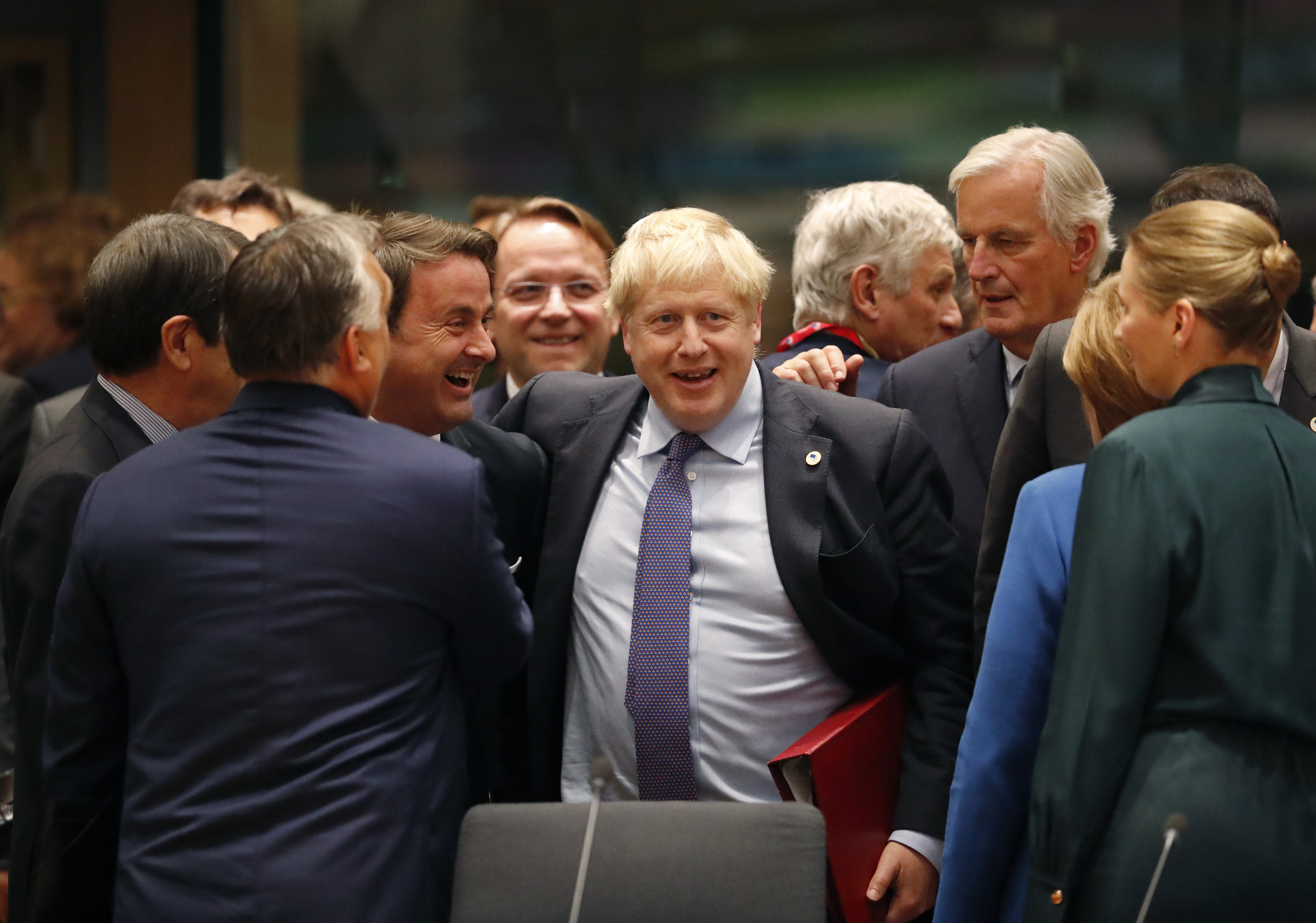 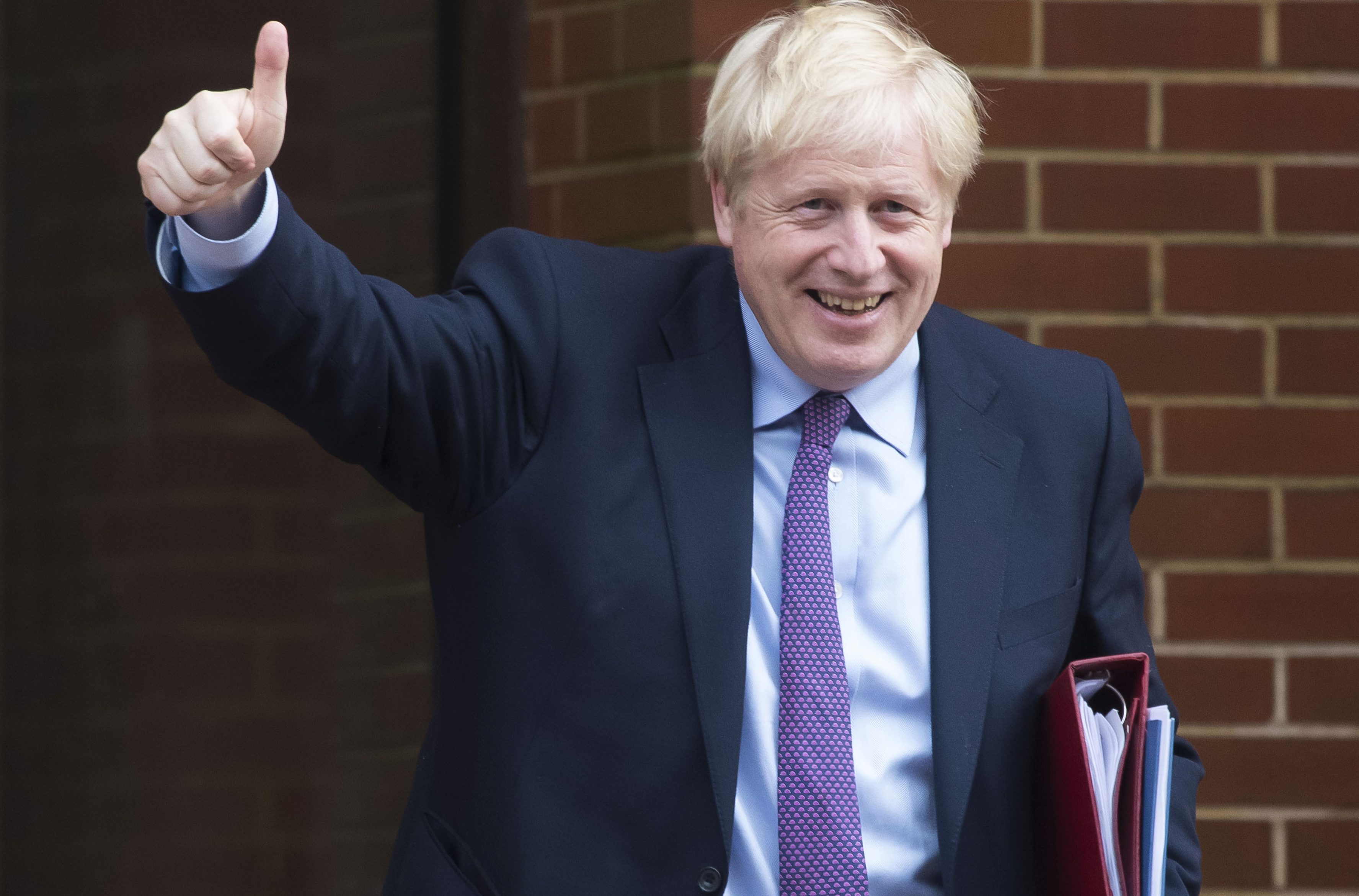 The Government overturned them and forced it through, pushing it through to get Royal Assent at the end of January.

The European Parliament signed it off earlier this week, marking the end of three years of wrangling.

After 11pm, Britain will finally get out of the EU, against the odds, and move on.

We pay for your stories! Do you have a story for The Sun Online news team?