Polish nurse, 37, admits confusing two lung cancer patients who were both called Roger and injecting one with the other man’s painkillers 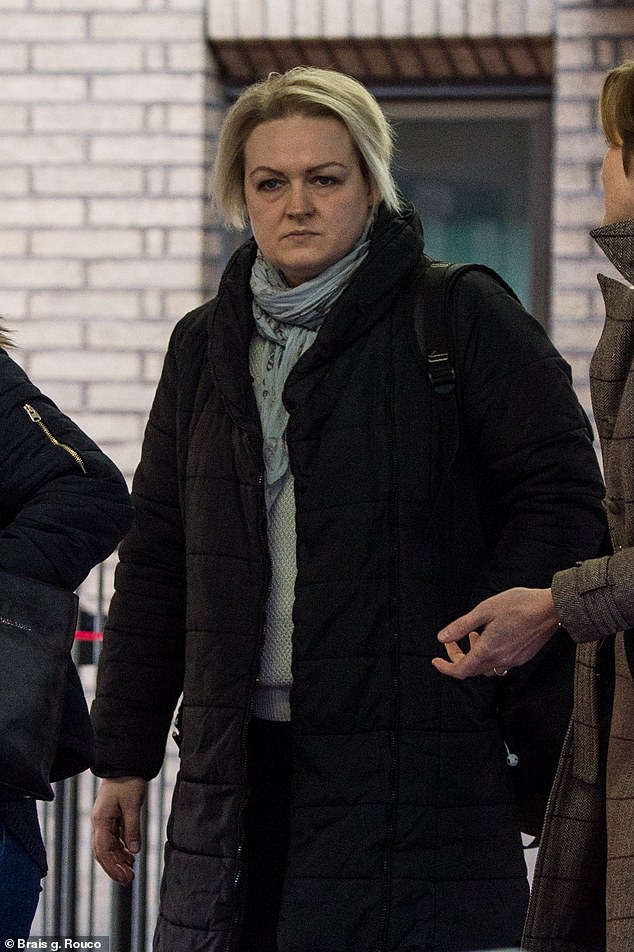 A nurse injected a cancer patient with another man’s medicine – because they were both named Roger – a court has been told.

Magdalena Starzynska, 37, administered an injection of the anesthetic Midazolam to Roger Allardyce, 78, instead of patient, Roger Sutton at Royal Free Hospital in London.

Mr Allardyce had been suffering from lung cancer when the agency nurse confused him for another man on the ward who was also called Roger and was suffering from the same condition.

A court was told today the mix up did not cause the man’s death.

Retired printer Mr Allardyce was admitted on February 21, 2016, accompanied by wife Anne, after he suffered from a blockage in his throat.

Prosecutor James Norman said: ‘He had suffered, for a number of years, from some serious health problems, the most serious of which was diagnosed in 2014 where he was discovered to have lung cancer.

‘He was unwell and uncomfortable and not receiving any pain relief.

‘On the same ward was another man also called Roger, also suffering from lung cancer, who was receiving pain relief in the form of morphine and midazolam.’

The following day, Starzynska and senior nurse Donner O’Sullivan were discussing which painkillers to administer to another patient, Roger Sutton, the court heard.

According to the prosecution the nurses began to talk about the injection but were each talking about a different Roger.

‘She made two basic errors before injecting Mr Allardyce with the syringe,’ explained the prosecutor.

‘She did not ask Mr Allardyce to confirm his own personal details, nor did she check, which she could have done, the identification bracelet attached to Mr Allardyce’s arm, either of which would have alerted her to her mistake.’

‘She got the wrong Roger,’ added Judge Christopher Hehir QC.

‘Far from being asleep, he was in fact unconscious and unresponsive.

‘A crash team was called and efforts were made to try and reverse the effects of the medicine – regrettably they were not successful.’

Doctors at the hospital eventually agreed that nothing could be done for the ageing printer and his life support was withdrawn in the early hours of 26 September.

‘What we have here is an unauthorised administration of drugs, which led to what must have been for Mr Allardyce’s wife a very distressing scenario and for his family in general, the very distressing experience of watching him deteriorate.’

The court heard how earlier that year, Starzynska had been reprimanded at Whipps Cross Hospital for taking a glass of milk into the controlled drugs room.

Andrew Morris, defending said the pathologist’s report concluded that the death had not been caused by the drugs.

He explained how Starzynska had travelled from Poland to the UK in 2003 and began her career in nursing in 2013.

The court was told how the defendant had suffered a breakdown since the incident and is currently living at a charity designed to help troubled women.

‘She has shown clear remorse right from the beginning,’ explained Mr Morris.

Sentencing Starzynska, judge Hehir said: ‘Your carelessness led to a series of events, it is a quite shocking carelessness of which you are guilty. 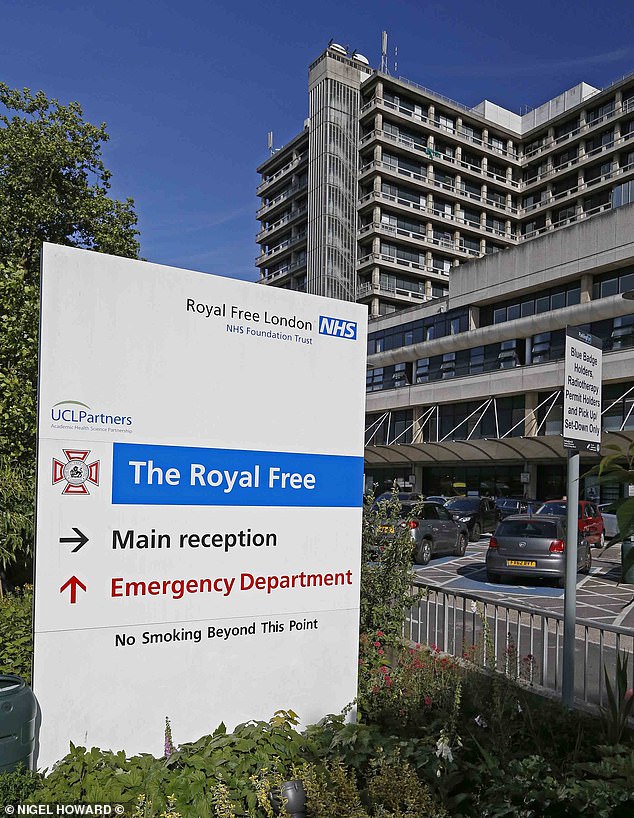 The Royal Free Hospital in Hampstead where Roger Alardyce died. Although there was an error in his treatment it did not cause his death

‘It is accepted that the unfortunate administration of the wrong drug had not caused his death.

‘He was a man who was gravely ill and died of other causes. He never really recovered although he did regain consciousness.

‘I have to record my profound sympathies for what must have been a distressing episode.’

Starzynska, of Egham Road, Plaistow, London, pleaded guilty to one count of administering a prescription only drug without authorisation.

She was ordered to pay a £300 fine and given three months in which to do so or face 14 days in prison.

The prosecution offered no evidence on a further count of failing to discharge a health and safety duty.

The nurse’s future in the career will be decided post-prosecution by the Nursing and Midwifery Council.