A Melbourne nurse, who was sent to prison after he helped Syrian rebels, faces a string of new federal charges, including allegations he accessed social media sites TikTok and Facebook and viewed images of guns and extreme sexual violence in breach of a court order.

Adam Brookman, 45, of Thomastown, was arrested in November following his release from prison earlier this year after he served about six years behind bars on a foreign incursion charge. 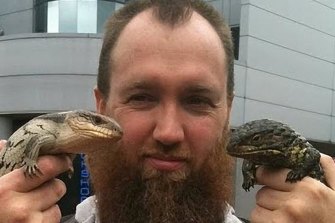 On Monday, documents released by Melbourne Magistrates Court show Mr Brookman now faces eight charges of contravening a control order between July and October. A control order includes court-imposed conditions on a person federal authorities believe might pose a security risk if they had connections to a terror organisation or were involved in a “hostile activity” overseas.

After his release from prison in June this year, the Australian Federal Police allege Mr Brookman used a laptop to look at media that depicted firearms and ammunition, used a mobile phone to view media that depicted torture in the form of extreme sexual violence, and set a password for his phone without giving the details to a federal agent.

He is also accused of using a mobile phone to access Facebook and TikTok without the AFP’s written approval, and deleting his search history.

The first charge alleges Mr Brookman contravened his control order within a month of his release from jail when he began to delete his internet search history. 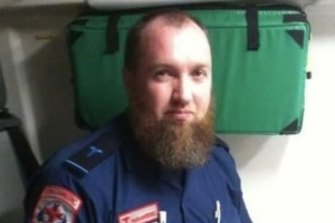 By August, the AFP alleges he began using a laptop to view firearms and ammunition.

The 45-year-old was due to apply for bail on Monday but abandoned the application, with his lawyer Peter Morrissey, SC, instead asking for an extra few weeks to collect supporting material.

“There is some significant material that would support the bail application that we’re not in a position to call. We’ve only spoken to the relevant Imam today,” Mr Morrissey said.

“(I) Think we would need a couple of weeks to proceed.” 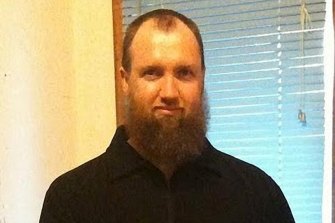 Mr Brookman was originally arrested on terrorism-related charges in 2015 after he left his wife and five children in Australia the previous year to follow his Islamic beliefs and travel to Syria.

There, he lived alongside Chechen rebels who were fighting Bashar al-Assad’s government troops, and provided medical support to wounded militants over 12 weeks.

He also underwent weapons training, did stints as a guard and took part in reconnaissance missions, which are all prohibited under Australia’s foreign incursion laws.

Mr Brookman surrendered to authorities in Turkey in 2015 and returned to Australia where, in June this year, he pleaded guilty to a single charge of performing acts in support or promotion of the commission of an offence under foreign incursion laws.

After years of legal battles, prosecutors withdrew the main terror charge, for allegedly assisting Islamic State, removing any association to the terror organisation, and he was jailed for six years and eight months.

With time served and good behaviour, he was released immediately.

But days after his release, on July 6, the AFP applied for and were granted an interim control order in the Federal Court that prevented Mr Brookman from joining or affiliating with social networking sites without written permission from an AFP superintendent, from forming a prayer group in or out of a mosque or attempting to influence any other person in relation to religious ideology online.

He was also made to wear a tracking device at all times and prevented from leaving the country, among other things.

Four months later on November 5, officers swooped on his Thomastown home, where he was arrested and later charged with eight counts of breaching the control order.

He will now remain behind bars until January 14 when he’s expected to apply for bail after magistrate Andrew McKenna granted Monday’s adjournment request.