Nurse shames Covid deniers as ambulances queue up saying: 'dear conspiracy theorists, who do you think these are for?

A NURSE has shamed Covid conspiracy theorists by posting a picture of a string of queuing ambulances and asking them “who do you think these are for?” 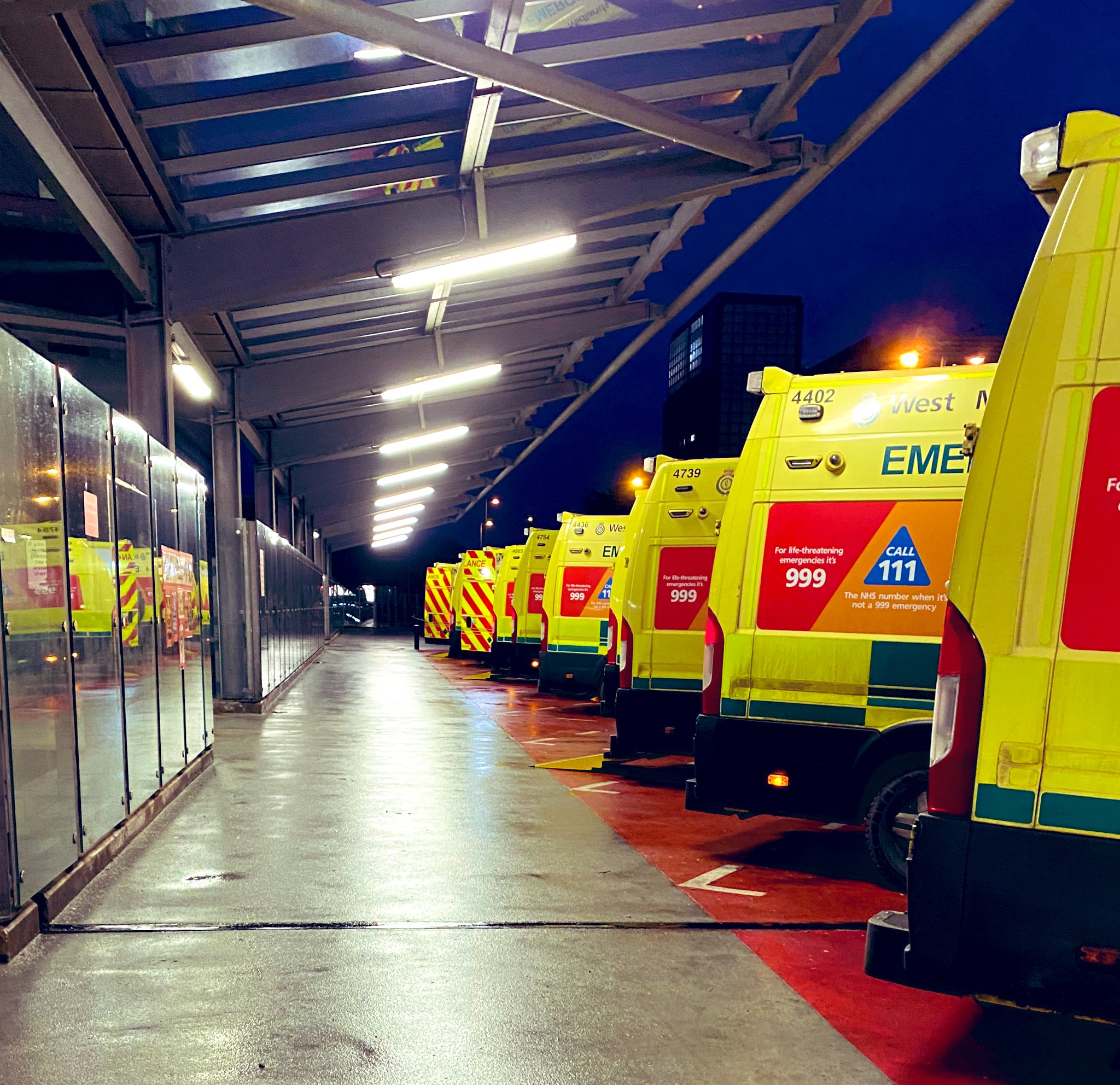 Now Leslie Young, a pre-hospital nurse, is exposing the lies by showing an insider's perspective.

The nurse tweeted a picture of ambulances lined up outside a hospital saying: “So for those who believe the false social media posts about empty wards in hospitals, who do you think this lot are dropping off?”

Leslie is based in the West Midlands where hospitals are being inundated with patients.

They have reached one of the highest alerts – CRITCON level three – meaning they are “fully stretched.”

Leslie added that staff are feeling the pressure and warned Brits to stay home.

He said: “Looked at the faces of some of my colleagues today & they have lost their spark.

“They’re tired, stressed and breaking, yet they are out on the COVID frontline working hard.

“This pandemic is taking its toll on us. Help us by being kind and following the rules.”

It comes as Matt Hancock said 32,294 people were in hospital with Covid across the UK.

And the NHS chief today revealed a quarter of all Covid hospital patients are aged under 55 as he warned the virus is "spreading out of control".

Sir Simon Stevens told MPs everyone has to take the disease "extremely seriously" as a mutant strain rampages across the UK.

And he urged Brits to remember Covid affects "all ages" as he revealed the bug is "spreading out of control" with 30,000 people in overstretched hospitals.

He told a Downing Street briefing that claims that hospitals were empty were "simply untrue".

The NHS boss took aim at conspiracy theorists illegally entering and filming in hospitals during the pandemic.

Sir Simon said: “When people say that coronavirus is a hoax, it is a lie.

“If you sneak into a hospital at 9pm and film an empty corridor and then stick it on social media claiming it ‘proves hospitals are empty’, you are responsible for changing behaviour that will kill people."

Hospitals have had to separate Covid patients and cancel non-urgent care to free up capacity, meaning some areas may appear empty despite frontline staff dealing with a surge in patients.

Top health officials have accused conspiracy theorists who conjure up the footage of risking people's lives by insisting the pandemic is a hoax.

One Facebook group sharing pictures and videos of 'empty' hospitals has more than 13,000 members, the BBC reports.

Its administrators are apparently linked to another Facebook group peddling the 'Great Reset' conspiracy about the pandemic, according to the BBC.

In one shocking incident on New Year's Eve, a doctor said he was "disgusted but mostly heartbroken" after a group of ghouls stood outside St Thomas' Hospital in London shouting the pandemic is a "hoax".

A major incident has already been declared in London with hospitals at breaking point as Covid cases continue to rocket.

London Mayor Sadiq Khan said last week the NHS is "on the cusp of being overwhelmed" with more than 7,000 Covid patients in London hospitals — almost 2,000 more than the first peak last April.

The numbers of people on ventilators has almost doubled since Christmas day – with 47 per cent more patients in intensive care, the Mayor said.

And he warned hospitals will run out of beds in "in the next couple of weeks" unless the spread is slowed down "drastically".