Former President Barack Obama and Democratic Presidential Nominee Joe Biden are standing with the NBA and WNBA players who have decided to disrupt their own matches in protest of police brutality amid the shooting of Jacob Blake.

“I commend the players on the @Bucks for standing up for what they believe in, coaches like @DocRivers, and the @NBA and @WNBA for setting an example,” Obama tweeted out on Wednesday evening with a video of LA Clippers coach Doc Rivers’ impassioned speech demanding change. “It’s going to take all our institutions to stand up for our values.”

Biden shared a statement from the Bucks on his Twitter, lauding the players for their stand.

“This moment demands moral leadership. And these players answered by standing up, speaking out, and using their platform for good. Now is not the time for silence,” he tweeted.

On Wednesday night, the NBA playoffs came to a halt after the Milwaukee Bucks were a no-call no-show on the court for Game 5 against the Orlando Magic. Following the disruption, the NBA postponed the remaining games of the night.

The players of the WNBA, who have long been fighting police brutality and racial injustice, took a similar stand, and shortly after their Wednesday games were also postponed.

“We stand in solidarity with our brothers in the NBA and will continue this conversation with our brothers and sisters across all leagues and look to take collective action,” Atlanta Dream forward Elizabeth Williams said in a statement, according to ESPN. “What we have seen over the last few months, and most recently with the brutal police shooting of Jacob Blake, is overwhelming. And while we hurt for Jacob and his community, we also have an opportunity to keep the focus on the issues and demand change.” 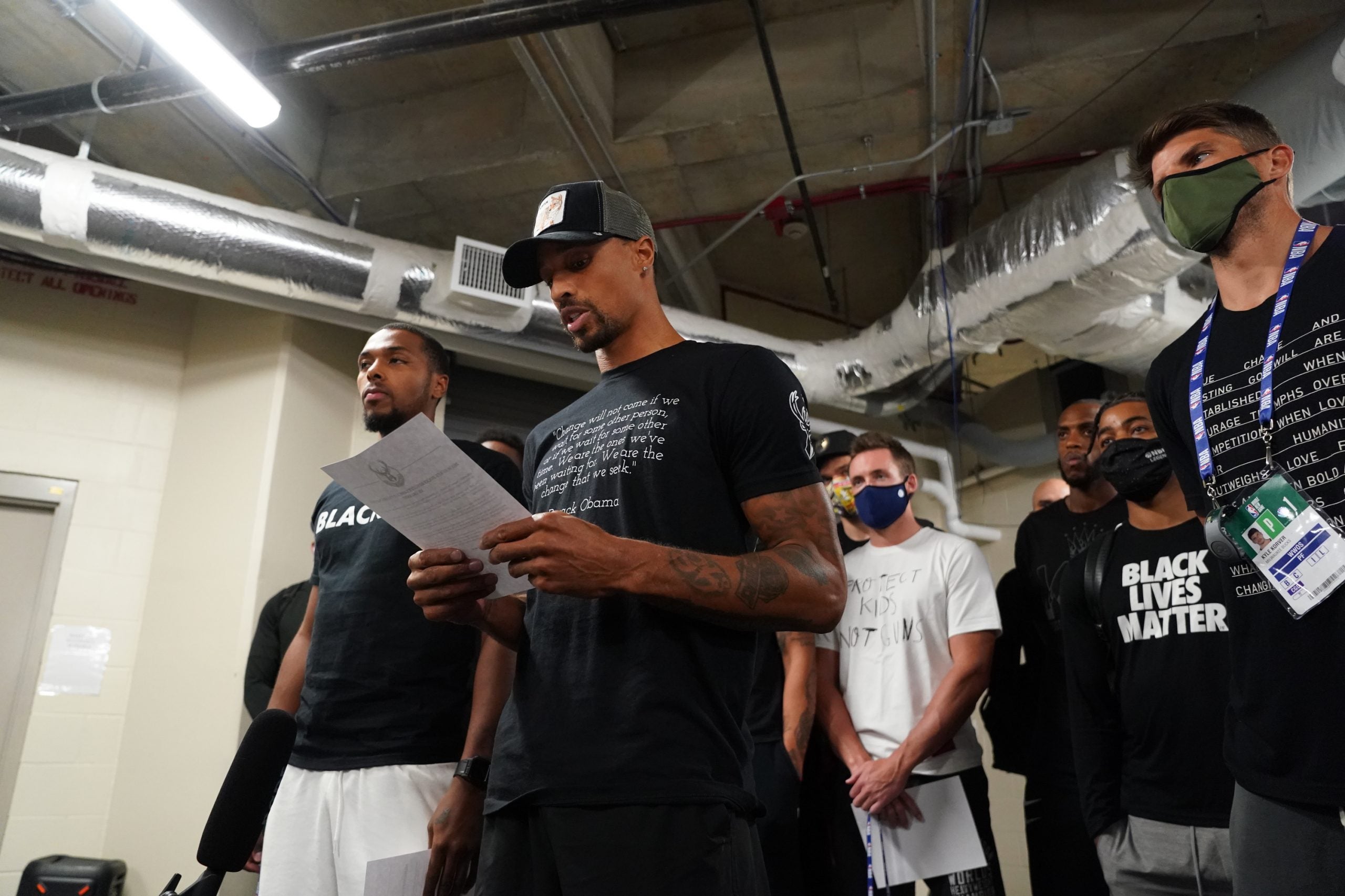 Blake survived the shooting, however the latest report on his condition said that the young father’s spinal cord had been severed as a result of the gun shots and he was paralyzed from the waist down.

“His family believes in miracles, but the medical diagnosis right now is that he is paralyzed and, because those bullets severed his spinal cord and shattered some of his vertebrae, it is going to take a miracle for Jacob Blake Jr. to ever walk again,” attorney Ben Crump said earlier this week.