A police officer faces the sack after a disciplinary panel found he broke professional standards by telling a female colleague he stirred her tea with his genitals.

PC Steven Green told a female PCSO he stirred her cup of tea with his genitals and made disgusting sexual comments to her over a two month period, the panel heard.

They found all nine charges against PC Green proved and told him he could face immediate dismissal.

The panel found PC Steven Green made licking gestures whilst gyrating his hips in the station canteen.

The female officer identified only as PCSO A said in her statement his behaviour had made her feel disgusted, humiliated, small and weak. 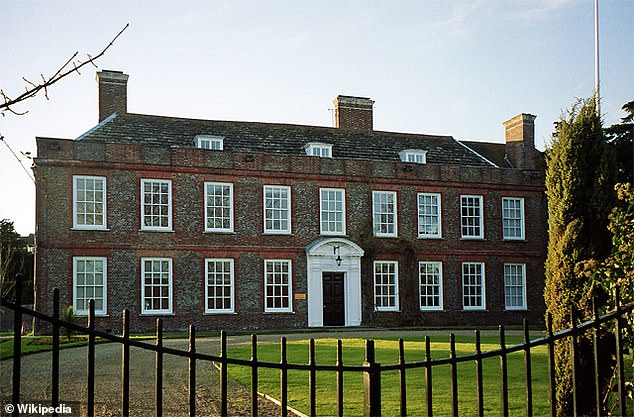 PC Steven Green told a female PCSO he stirred her cup of tea with his genitals and made disgusting sexual comments to her over a two month period, a hearing at Sussex Police headquarters was told

Another female officer, PCSO B, said PC Green had a cocky attitude and behaved like he owned the place.

The panel found PC Green guilty of all nine charges.

Arwell Jones, Chairman of the panel said: ‘This is not how anybody should be made to feel when they come to work.

‘The breach amounts to gross misconduct.’

PC Green watched the PCSO changing in the female locker room and had given her a shoulder massage without her permission.

On another occasion PC Green had taken a picture of the junior officer from her Instagram account and had it printed on a cup for her as a gift which read ‘Brilliant but not perfect`.

PCSO A returned the gift with a note saying `thank you for the gift but no thank you`.

The incidents are said to have happened between May and July 2020 and were raised to a supervising officer.

PCSO A said: ‘I would have liked to use the mug as a gateway to tell him to back off but I wasn’t given that chance.

‘I feel it could have been resolved.’

When asked to clarify the incident in the locker room, another witness, PCSO B said: ‘The door wasn’t knocked, it was forcefully opened.

‘I heard PC Green say “are you decent”. PCSO A jumped, it made me jump. I looked towards the door and saw it closing.’

PC Green denied most charges but admits that he pushed the door to the locker room to ‘creep it open`.

He says he was trying to make friends with PCSO A as he was not friendly with his own team who often made fun of him.

PC Green said: ‘I was having a bit of a laugh. It was never my intention to make her feel bad.

‘I didn’t want to do anything malicious or make her feel uncomfortable. I misjudged the friendship.’

The panel will make final remarks on Wednesday morning.