The hero of the Thai cave: Poor Myanmar refugee boy, 14, who was abandoned by his parents and now speaks five languages helped coordinate rescuers in English

A Myanmar-born boy dramatically rescued from a Thai cave along with his soccer teammates and their coach this week is being praised for his role as the sole communicator with British divers.

The 14-year-old, Adul Sam-on, who is proficient in English, was able to speak for the group of 12 young boys and their 25-year-old coach, and played a vital role in the team’s rescue after they were trapped underground for more than two weeks.

The rescue finally ended Tuesday when the final four boys and their coach emerged from the cave.

Adul’s English skills are especially impressive because he comes from a country where less than a third of the population speaks the language.

Footage showed several of the boys in hospital, in quarantine and wearing face masks but seemingly in good health as they nod, wave and flash peace signs to the cameras.

The well-mannered Adul was heard in a video broadcast around the world previously asking divers, ‘What day is it?’ and telling them that the group was hungry.

Scroll down for videos 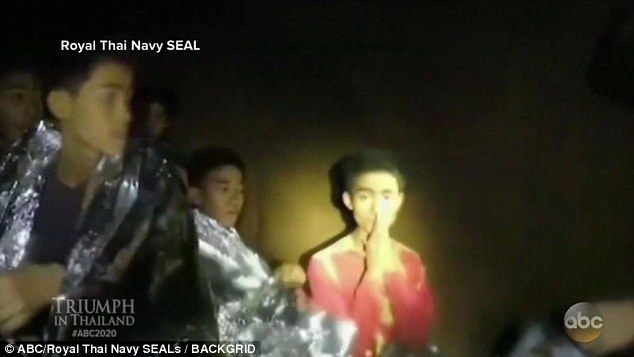 Myanmar-born boy Adul Sam-on, 14, (pictured right) was able to communicate with British divers, helping lead to the group’s dramatic rescue after they were trapped underground for more than two weeks 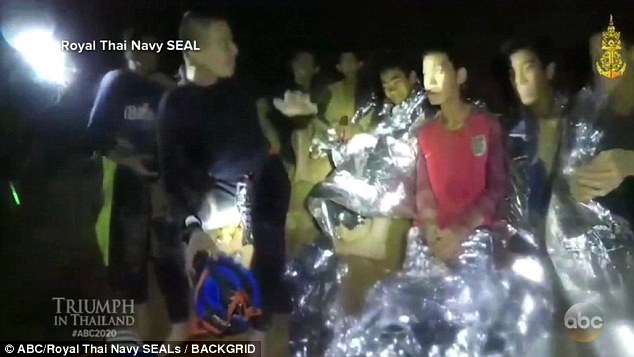 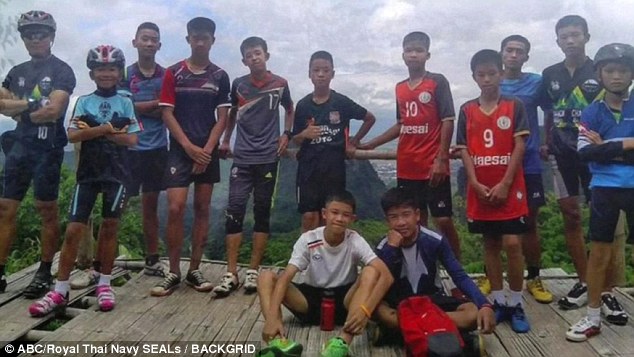 Images of the wide-eyed teen were beamed around the world when he was discovered alive with the rest of his young football team deep inside the Tham Luang cave.

‘I’m Adul, I’m in good health,’ the rake-thin 14-year-old said in Thai in a video that emerged hours after the group was discovered, offering a traditional Thai ‘wai’ greeting — trademark politeness, his teachers say.

‘The first thing that comes to mind when I talk about him is his nice manner. He gives a ‘wai’ gesture to every teacher he walks past, every time,’ his instructor Phannee Tiyaprom at Ban Pa Moead School told AFP.

Born in Myanmar’s self-governing Wa State, young Adul – who also speaks Thai, Burmese, and Chinese – has been at the school since he was seven years old.

He left his family behind to get a better education in northern Thailand, but his parents still visit him at the Christian Church where he’s been taken in.

Wa State, a self-ruled region not recognised internationally — nor by Myanmar — is not allowed to legally issue passports.

Fighting between ethnic rebels from United Wa State Army and Myanmar troops has historically driven thousands from the state seeking safety and greener pastures, including to nearby Thailand. 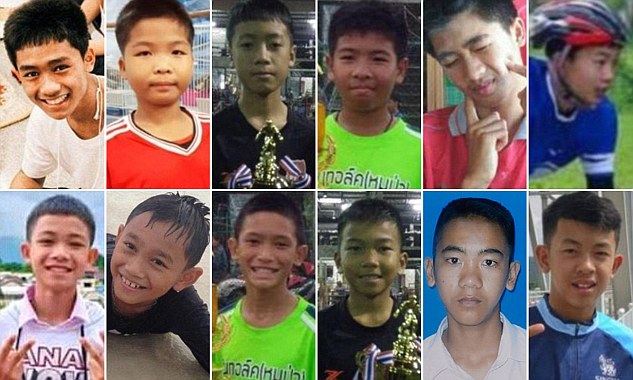 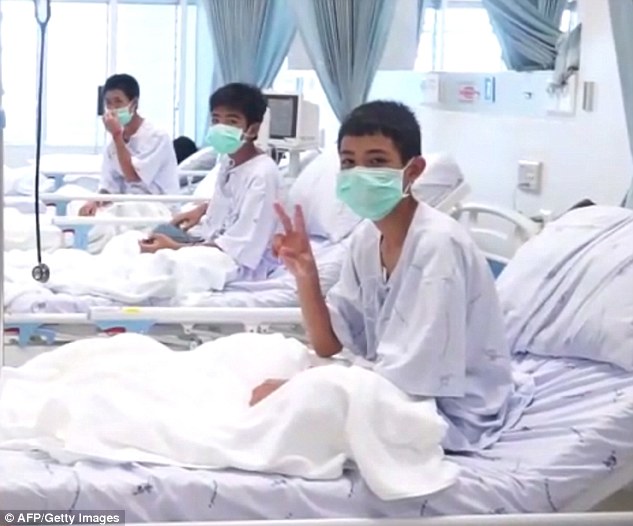 Members of the Wild Boars football team are seen being treated at a hospital in Chiang Rai, their parents on the other side of a glass window 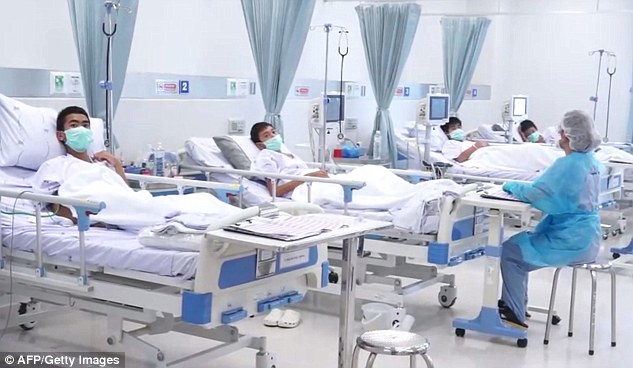 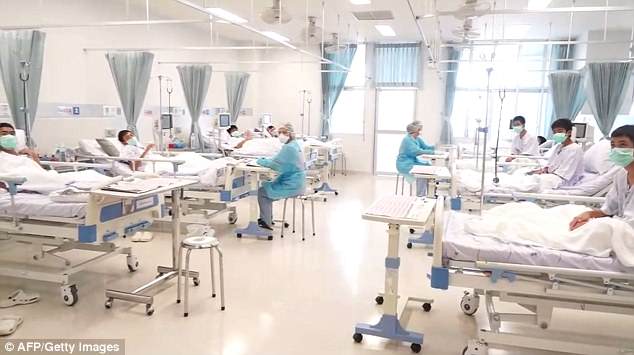 While some of the boys were lying down, others are seen sitting up and making gestures to the camera

Adul is among more than 400,000 people who are registered as stateless in Thailand, according to the UN Refugee Agency (UNHCR) — though some estimates put their numbers at 3.5 million.

‘Whilst some progress has been made, stateless people in Thailand continue to face challenges accessing their basic rights,’ UNHCR spokeswoman Hannah Macdonald told AFP.

With no birth certificate, no ID card and no passport, Adul cannot legally marry, get a job or bank account, travel, own property or vote.

Thailand has vowed to register all stateless people by 2024, but until then people like him remain stuck in legal limbo.

But he refuses to let his status hold him back.

The passionate footballer also loves to play the piano and guitar, and is an accomplished student too.

‘He’s good at both studying and sports… he’s brought our school several medals and certificates from his achievements.’ 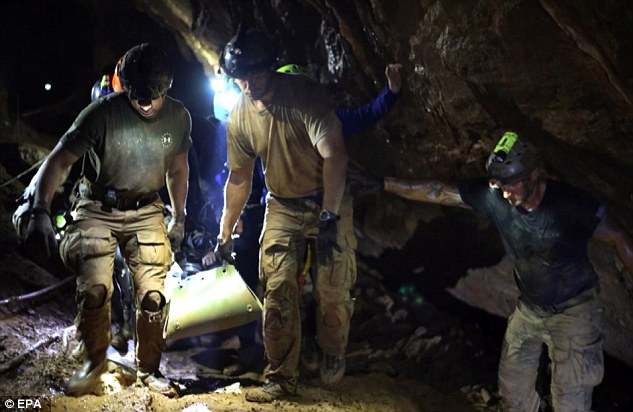 The video of the rescue, which ended on Tuesday when the final four boys and their 25-year-old coach emerged from the cave, was released by authorities who had until Wednesday closely guarded the details of the unprecedented operation 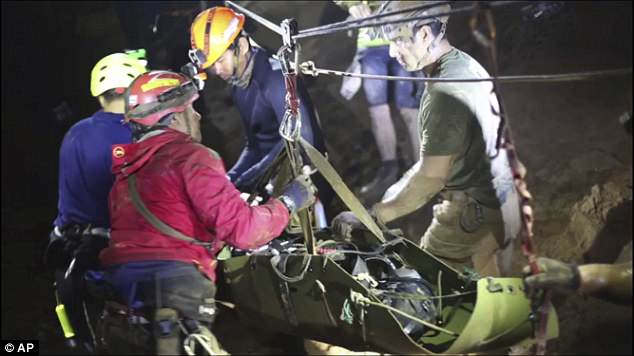 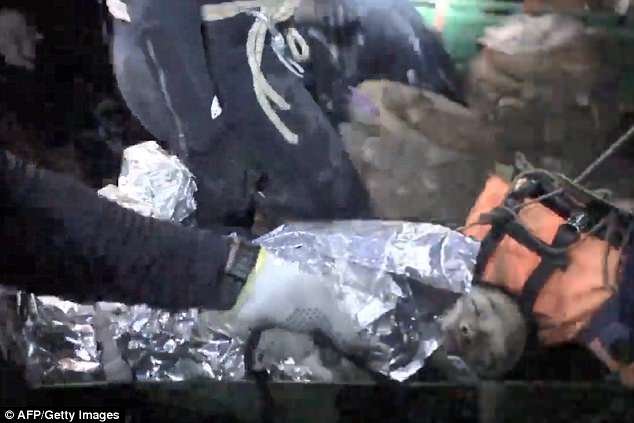 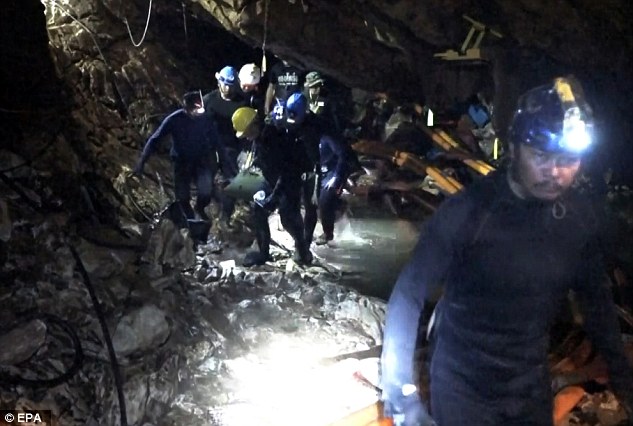 Despite spending days in the dark, dank, cave health officials said the boys – who are aged 11 to 16 – are in good physical and mental health and eating normal food 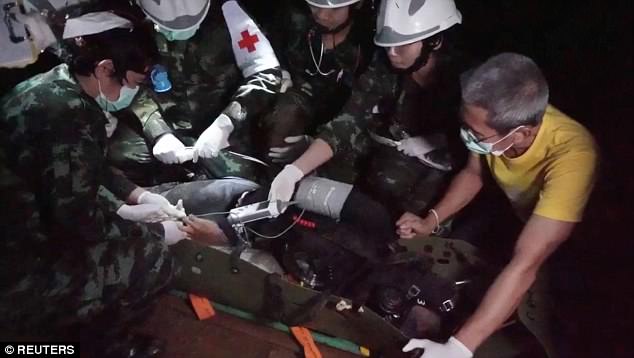 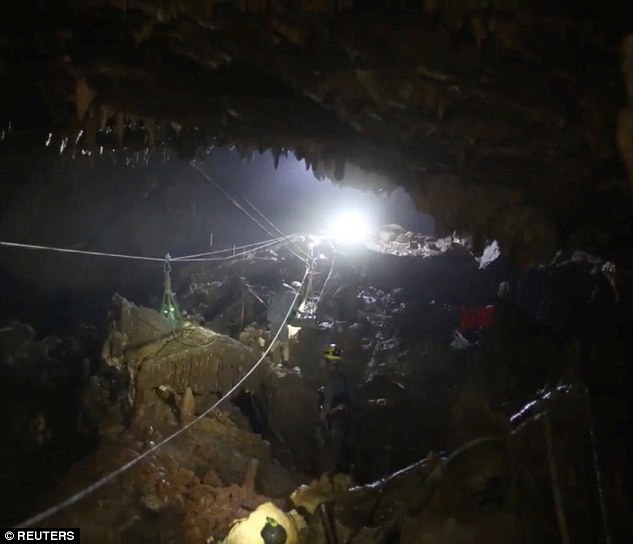 The footage shows a complex operation with numerous divers and rescue workers using pulleys, ropes and rubber piping to haul the children to safety