OPERA bosses sacked a conductor after he was accused of sending “inappropriate” texts to a singer in the company.

Glyndebourne launched an investigation into Gareth Hancock, 53, last month after a complaint about his behaviour from an employee. 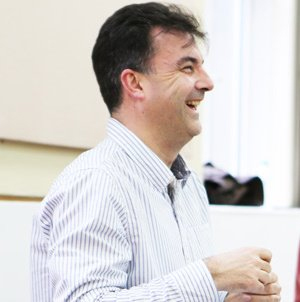 A source said the married dad of two sent the offensive text in the summer and was reported to senior management of the opera house in Lewes, East Sussex.

They added: “It didn’t go down at all well, particularly in this day and age, and the text was raised with HR who hit the roof and launched an investigation. Gareth was spoken to and all links with him were severed.”

Mr Hancock lives on the outskirts of Lewes with his wife Vanessa, who is also an opera singer, and their two daughters.

In a statement to The Sun, Glyndebourne confirmed its probe into the conductor after an “employee brought a complaint of inappropriate behaviour”.

A spokesman added: “During the investigation, evidence of inappropriate behaviour from Gareth Hancock came to light, and Glyndebourne took the decision to withdraw his 2020 contract.

“No further evidence of similar behaviour towards other employees has come to light.”

Glyndebourne is famed for its picnics on the lawns at its summer festival, which has been held every year since 1934 with the exception of World War Two.