The owner of a mattress shop that is embroiled in a corruption probe into Casey council is seeking to become a councillor and engaging in preference talks with a Liberal Party candidate who suggested the children of same-sex couples are "orphans" at higher risk of being abused by their parents.

Robert Halsall, owner of the Mattress Shop in Chelsea, is running for election to the City of Kingston council, which takes in south-eastern suburbs including Bentleigh and Mordialloc. 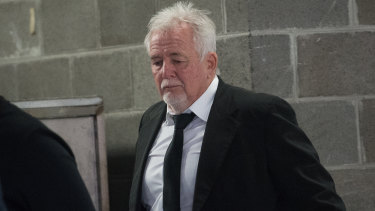 Mr Halsall said he had not been contacted by IBAC.

"I heard about some IBAC stuff last year in the media but no one from IBAC has ever contacted me," he said.

"All this nonsense [the IBAC investigation] from last year. It's 2020, the world's moved on – it's irrelevant.

"Until I get a knock on the door telling me I've done something wrong, which I haven't … then whatever."

Asked directly if his mattress shop facilitated payments to Casey councillors, Mr Halsall said he didn't believe payments were made but confirmed the existence of invoices without detailing their particulars.

Said to have been funded by developer John Woodman, fake invoices were allegedly created for payments from a thoroughbred company to the Mattress Shop. Payments were then transferred to fund campaigns of councillors who would vote in favour of developments linked to Mr Woodman, according to evidence presented at the hearings.

Janet Halsall, a relative of Mr Halsall's and a former Casey mayor, was forced to resign from the office of Liberal MP Jason Wood after being named by Ms Wreford as an architect of the scheme.

At least five of the candidates supported by the campaign were elected, including former mayors and Liberal Party members Sam Aziz and Geoff Ablett, who is the brother of AFL great Gary Ablett snr.

Both Labor and the Liberals are intensely focused on the campaign in Kingston. The council area encompasses the key state electorates of Mordialloc, Carrum, Sandringham and Bentleigh, the so-called "sandbelt" seats that Labor won comfortably at the previous election.

Controlling the local council gives parties the upper hand in campaigning in the seats, some of which are expected to be tightly contested as Labor's mammoth 2018 state election swing is likely to be whittled down in 2022. 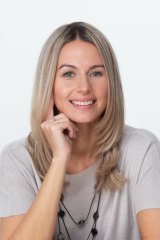 Mr Halsall is attempting to unseat the council's Labor mayor, Georgina Oxley, in the Banksia ward. The mattress dealer confirmed he was negotiating with candidate Jane Agirtan, an active Liberal Party member, over a preference deal that would strengthen Ms Agirtan's bid for council if she did not secure enough votes to win in her own right.

Mr Halsall said he believed he would be preferenced at No. 2 on Ms Agirtan's ticket but Ms Agirtan said she was unlikely to place him in second position out of the seven candidates.

Ms Agirtan, a manager at a large accounting firm, has come under scrutiny for social media posts in which she targets same-sex couples and Indigenous Australians.

In 2018, Ms Agirtan wrote on Facebook that "purchasing a biologically unrelated child to validate your desire to be a parent is nothing but state-sanctioned manufacturing of orphans".

"Also, look up child abuse stats by unrelated males living in the same household," she wrote.

Ms Agirtan posted a meme in 2014 of an Indigenous man with the words "spends all his money on petrol doesn't own a car" emblazoned over him. The post was removed after it was reported by the Herald Sun on September 21 and Ms Agirtan apologised.