A MURDER mansion where a businessman killed his wife and daughter has turned into a house of horrors for its new owner.

Kevin Gorski, 44, fears the land is cursed after trying to build his dream pad on the macabre site of infamous Osbaston House. 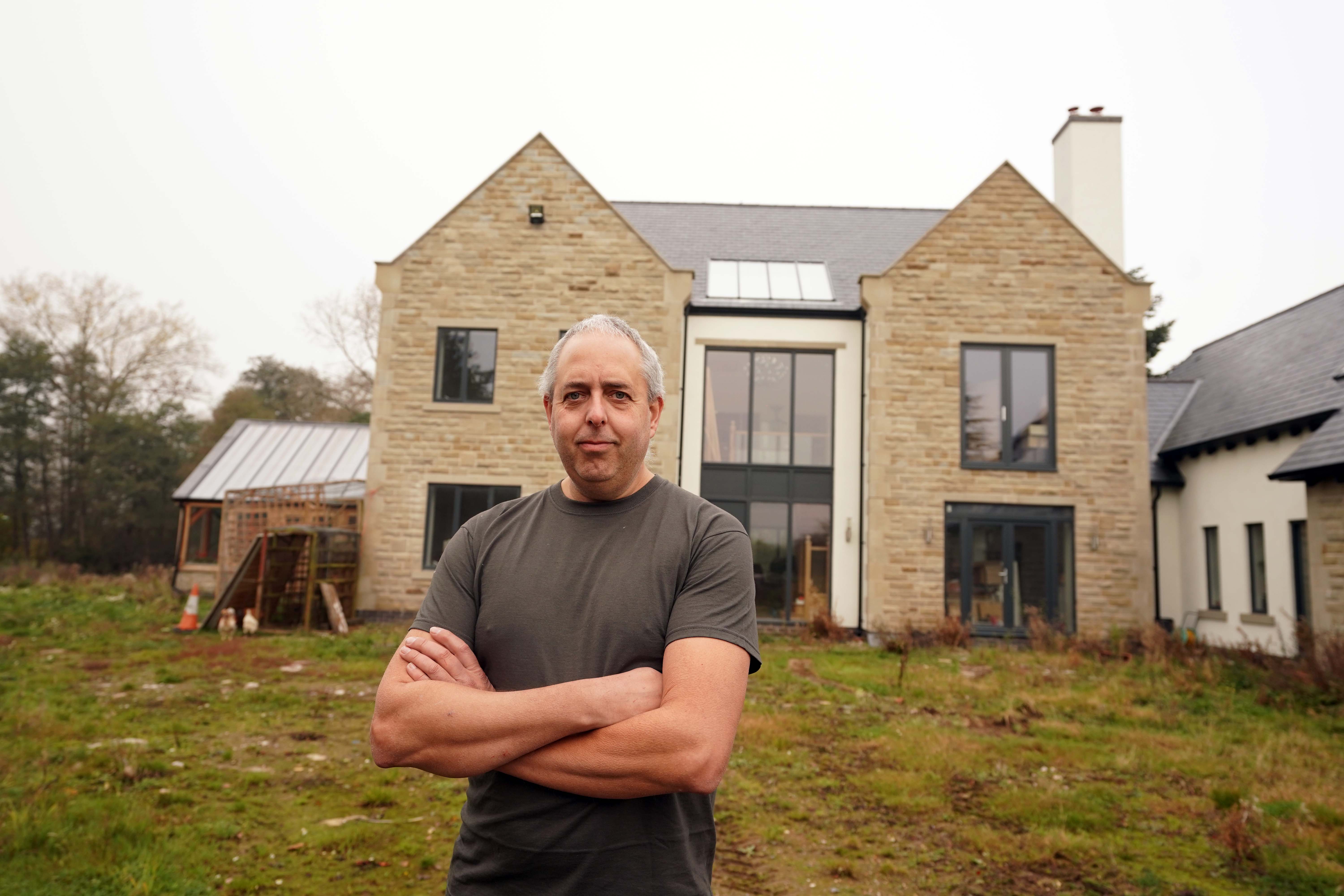 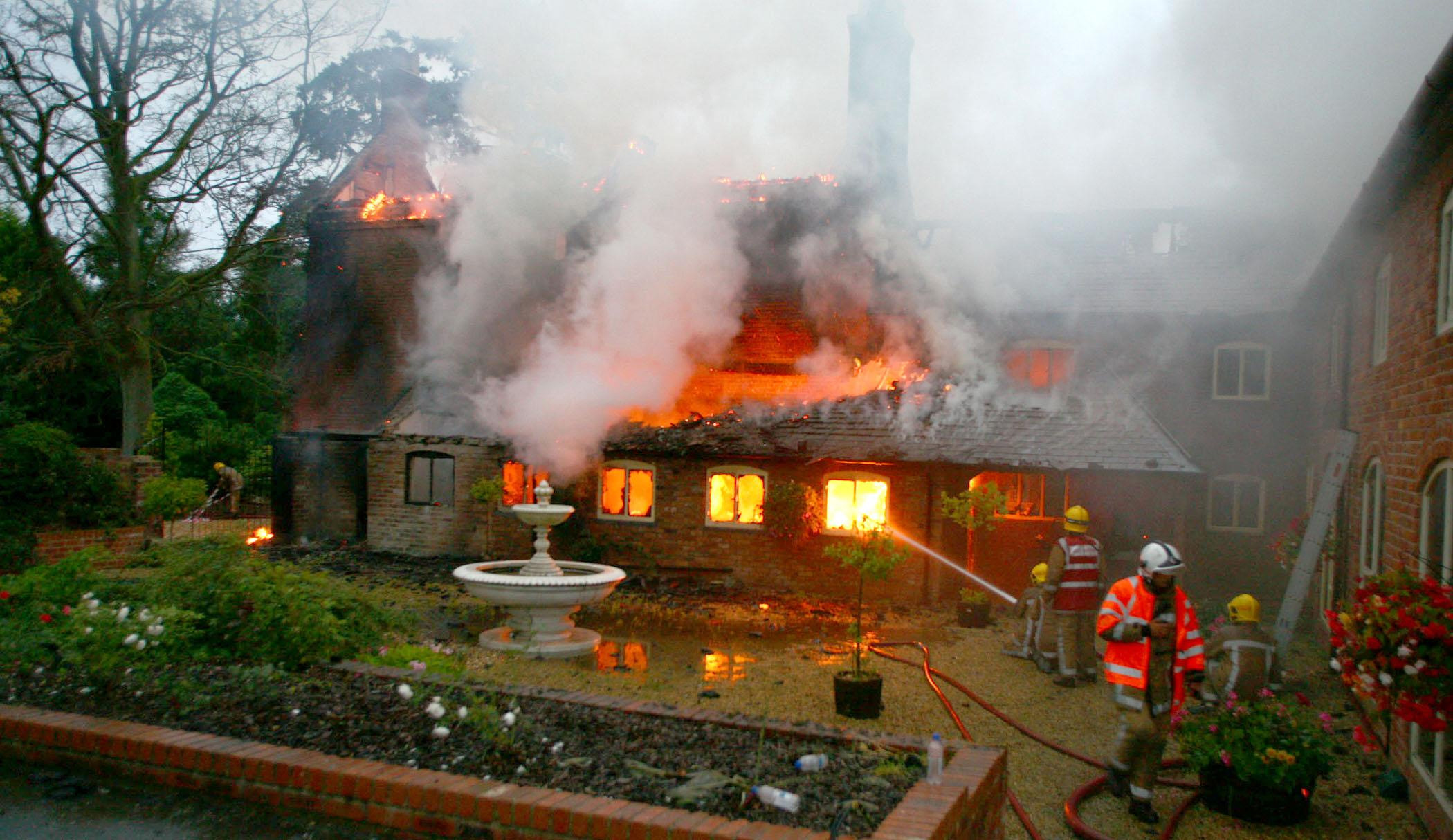 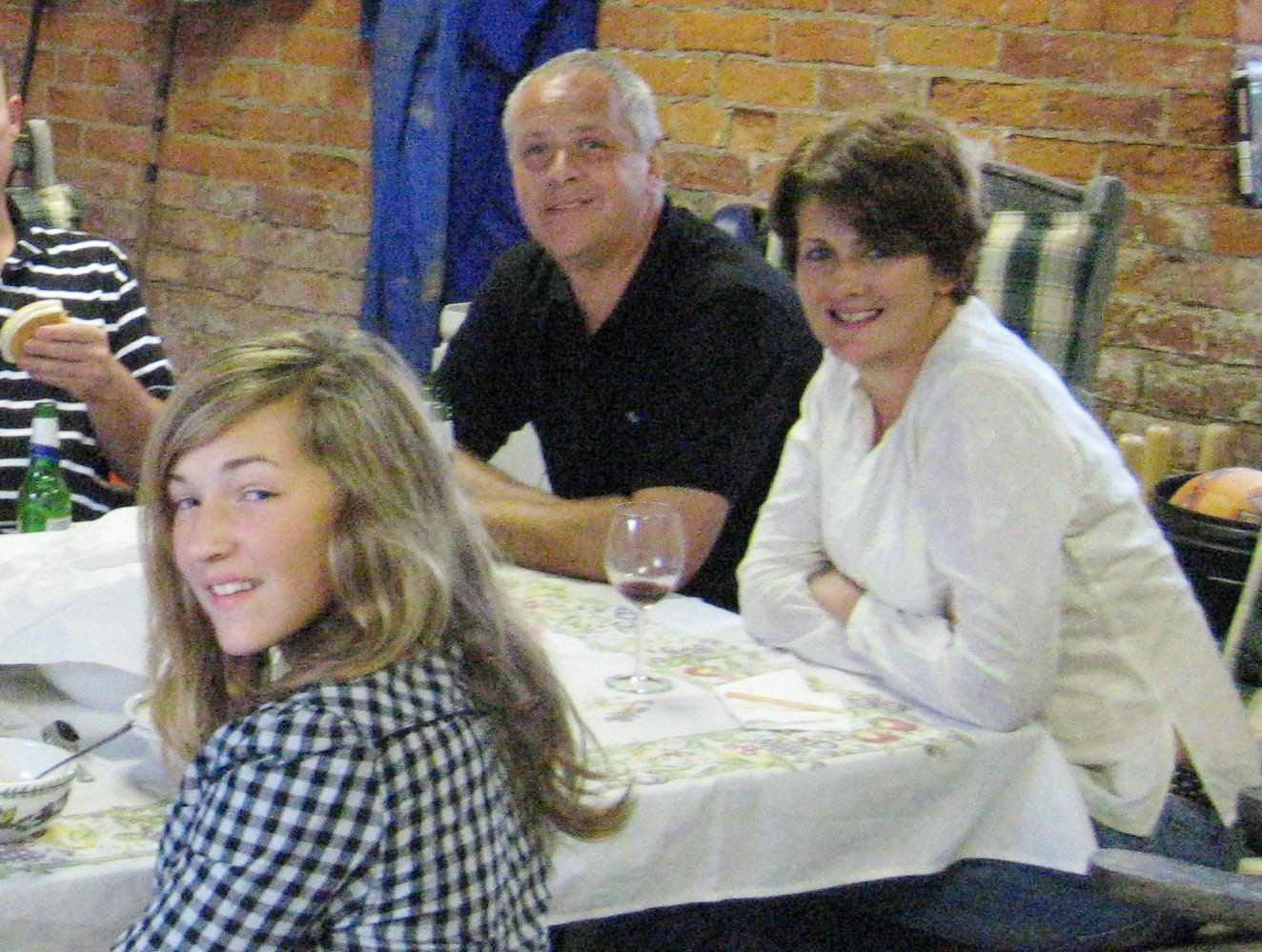 The estate, in Maesbrook, Shrops, was where evil tycoon Christopher Foster shot dead his family before turning the gun on himself.

The debt-ridden 50-year-old also killed their four dogs and three horses before setting fire to the £1.2m six-bed home in 2008.

Mr Gorski was sold the 16-acre land for a cut-price £400,000 in 2014 after the charred remains of the three-story house were razed to the ground.

But despite pumping £1m to build his grand design – he now says he has been left with a "death trap" that could "fall down like a Jenga block".

He fears stone slabs weighing 60kg and corner stones holding up the property could fall loose at any moment and faces a £350,000 repair bill to make the house safe.

Mr Gorski said: "It's like there is a curse on the land. Nothing has gone right. "Two of the stones have already fallen down – they would have killed anyone walking underneath straight away.

"I've put every penny I have into this project and the corners of the house and the garage could fall down at any moment.

"It's so dangerous. I worry that I, or anyone coming to the house, could be struck by a stone slab falling 35ft.

"I've also electrocuted myself from the wiring. “It's like this place has a past that it doesn’t want to let me escape from.”

Psychotic Foster shot his wife Jill, 49, and daughter Kirstie, 15, when his oil firm went bust in a crime which shocked Britain. Both were blasted as they slept, a coroner found.

The estate was left on the market for years with no takers because of its grisly history. Mr Gorski said he wanted to rebuild the site to help the local community move on from the tragedy. 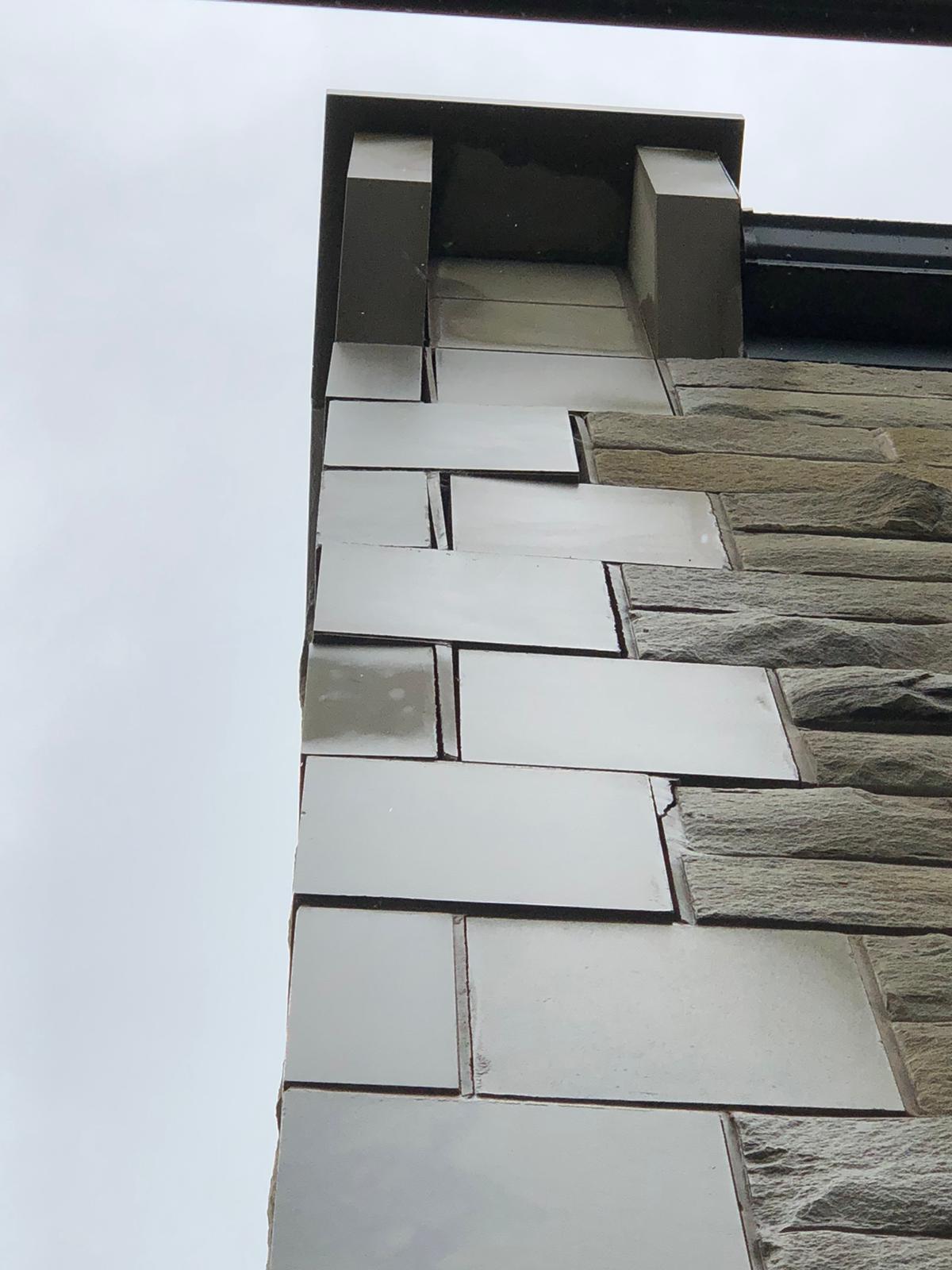 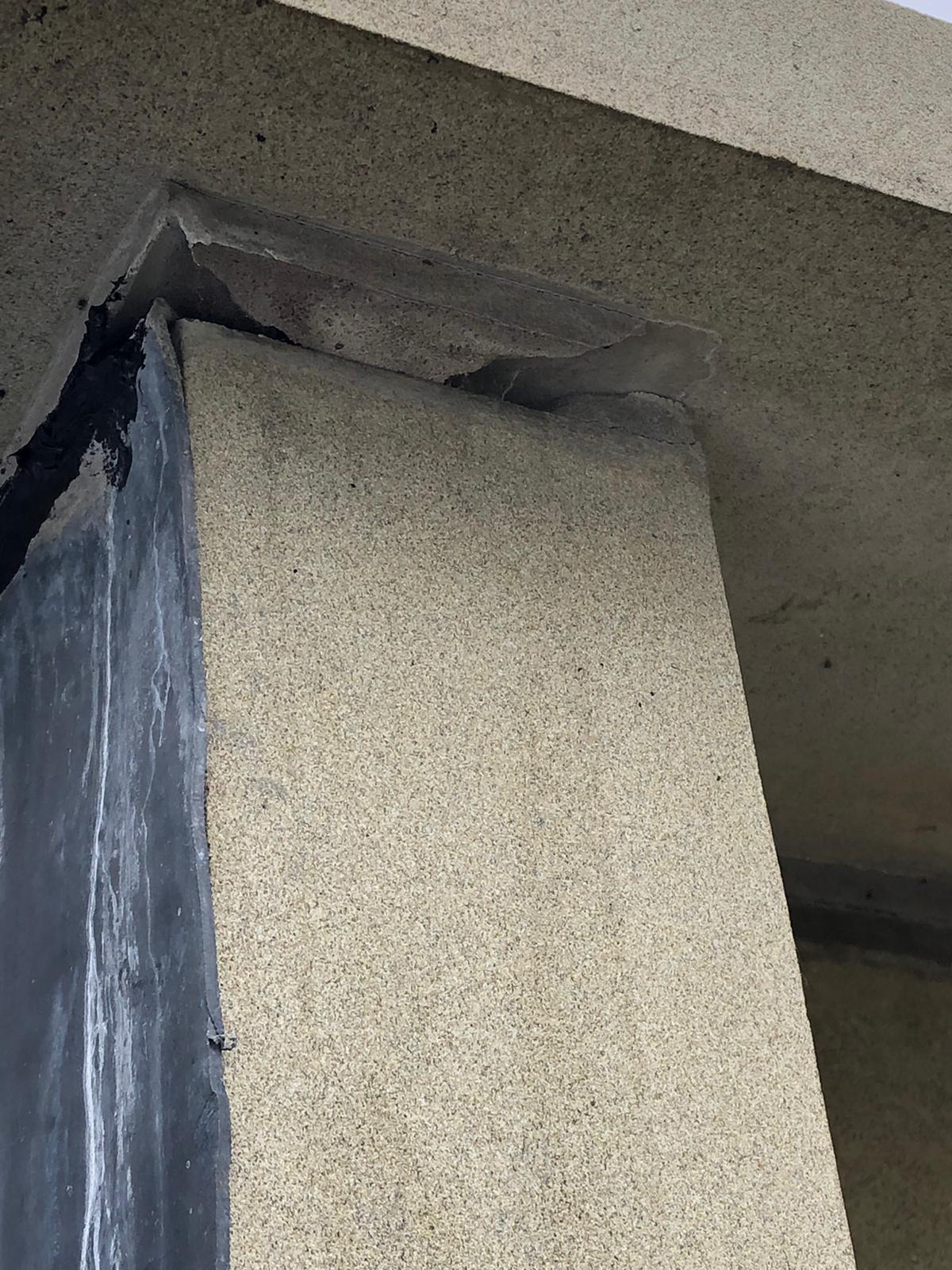 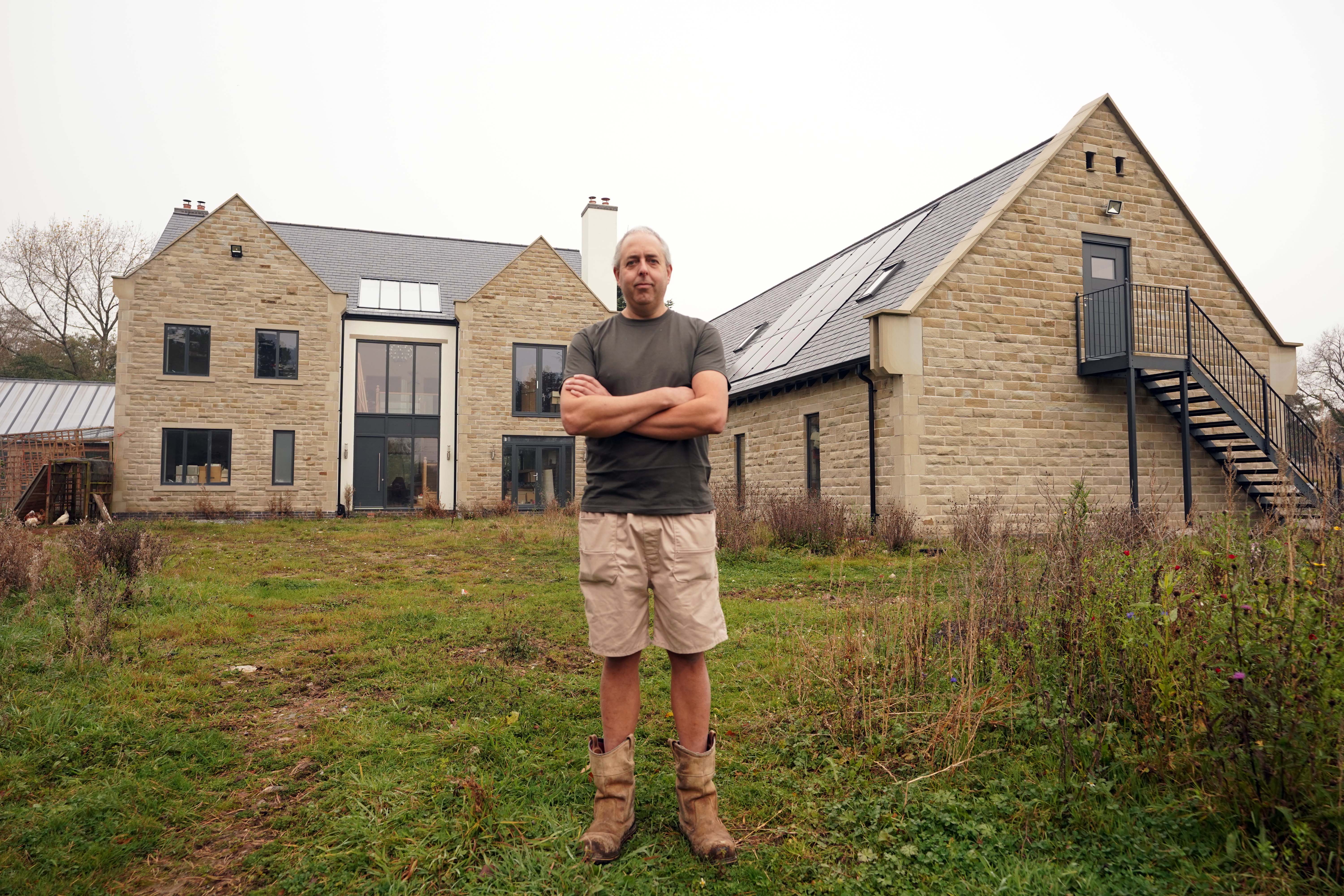 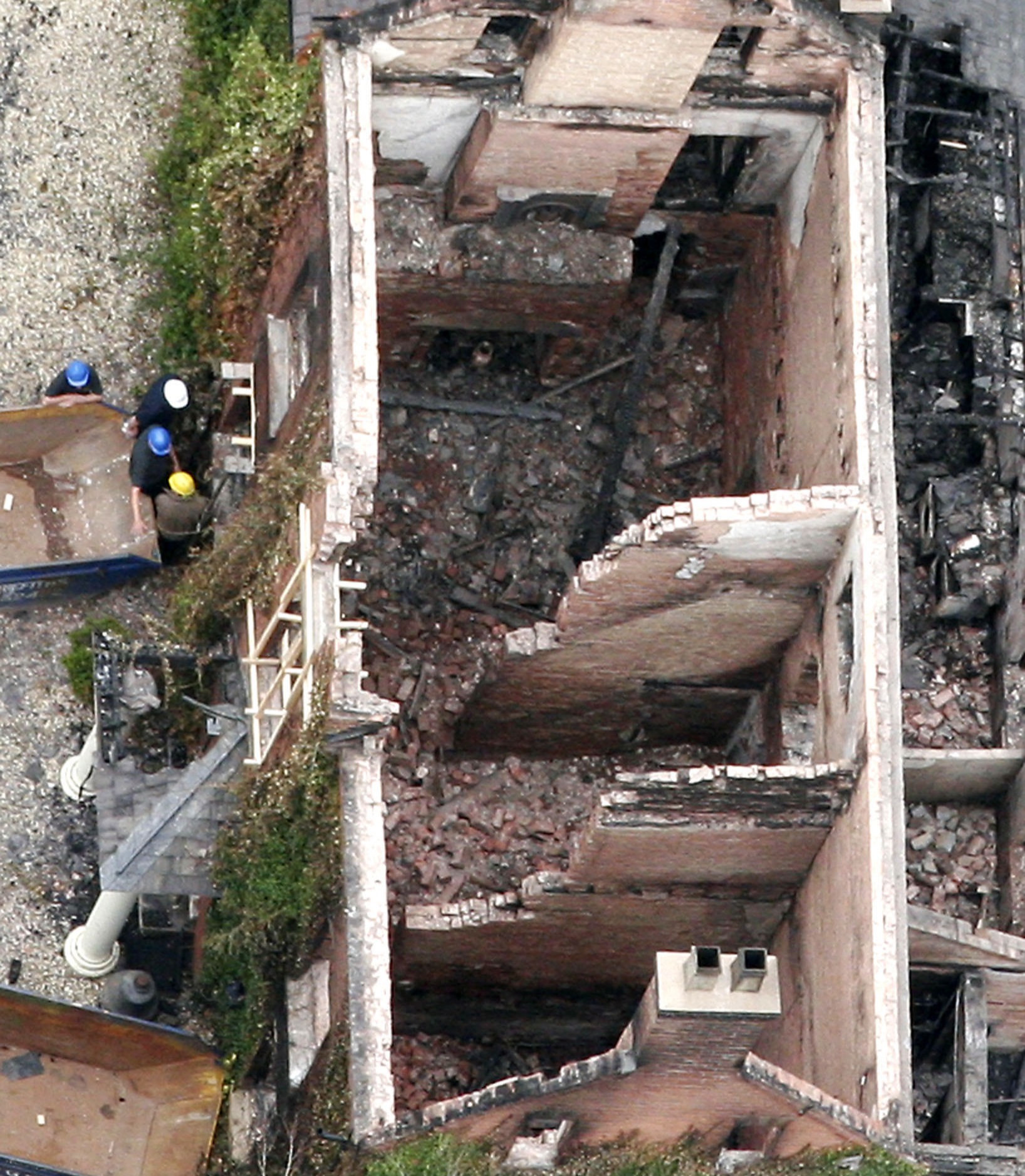 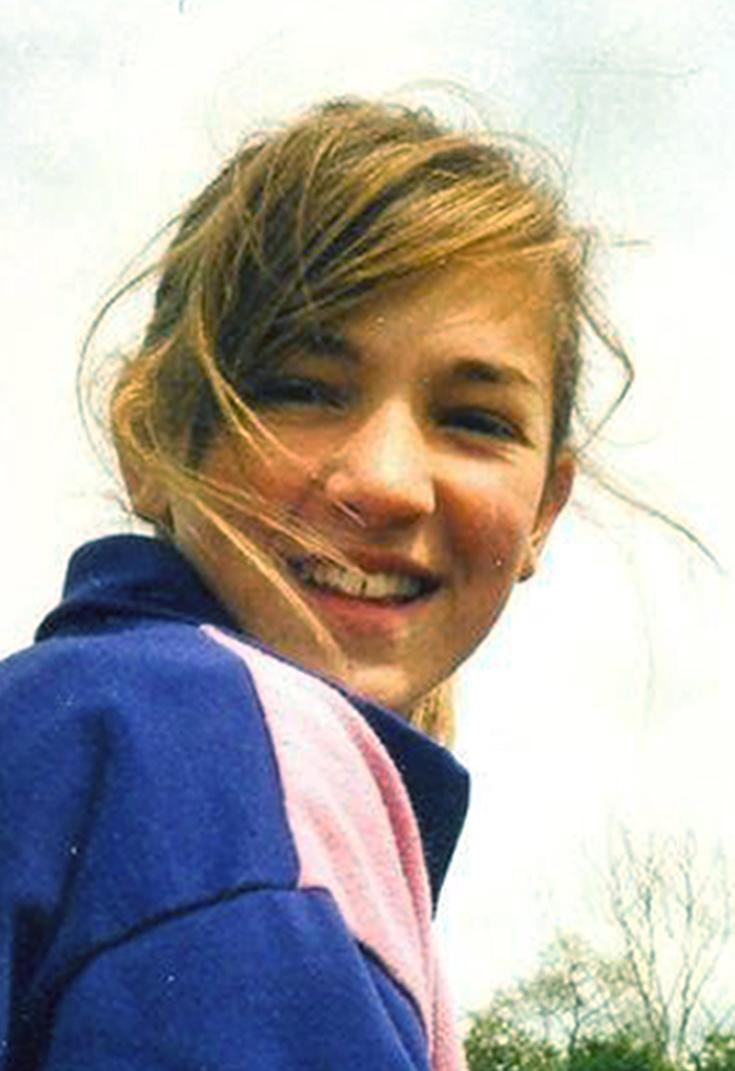 But he now fears all 10 corners of the property are at risk of crumbling without emergency repairs. Mr Gorski has now instructed solicitors to take legal action against the builder he hired to do the work.

He claimed: “He's tried to blame the sun being too warm, the architect, the structural engineer, the building inspectors, the stone itself. The list of excuses is endless. He's taken no responsibility at all.

"I've had to get up there myself to put some emergency repairs in place." Mr Gorski, who lives alone in the mansion, oversaw the build after being compensated following a near-fatal motorbike crash in June 2008.

He added: "I'm not someone who has endless cash, I'm not from a wealthy background. The money I received after my accident has been used to build the house.

"It's completely plausible that the external corners of the house could collapse unless it's fixed soon. It's a deadly fault.”

Police said Foster went on a rampage rather than face bailiffs coming to repossess his country pile over £4m debts.

An inquest held in 2009 heard he had been suffering from depression, and had told his GP he was having suicidal thoughts.

In the wake of the horror, neighbours complained trespassers were climbing over the walls to take pictures out of morbid curiosity.

Friends of Kirstie still visit the murder scene each year to pay their respects.

When approached by The Sun Online, the builder accused by Mr Gorski said: "It's in the hands of my solicitors. "I refute all liability because it's a design fault – clear as day. It will be contested." 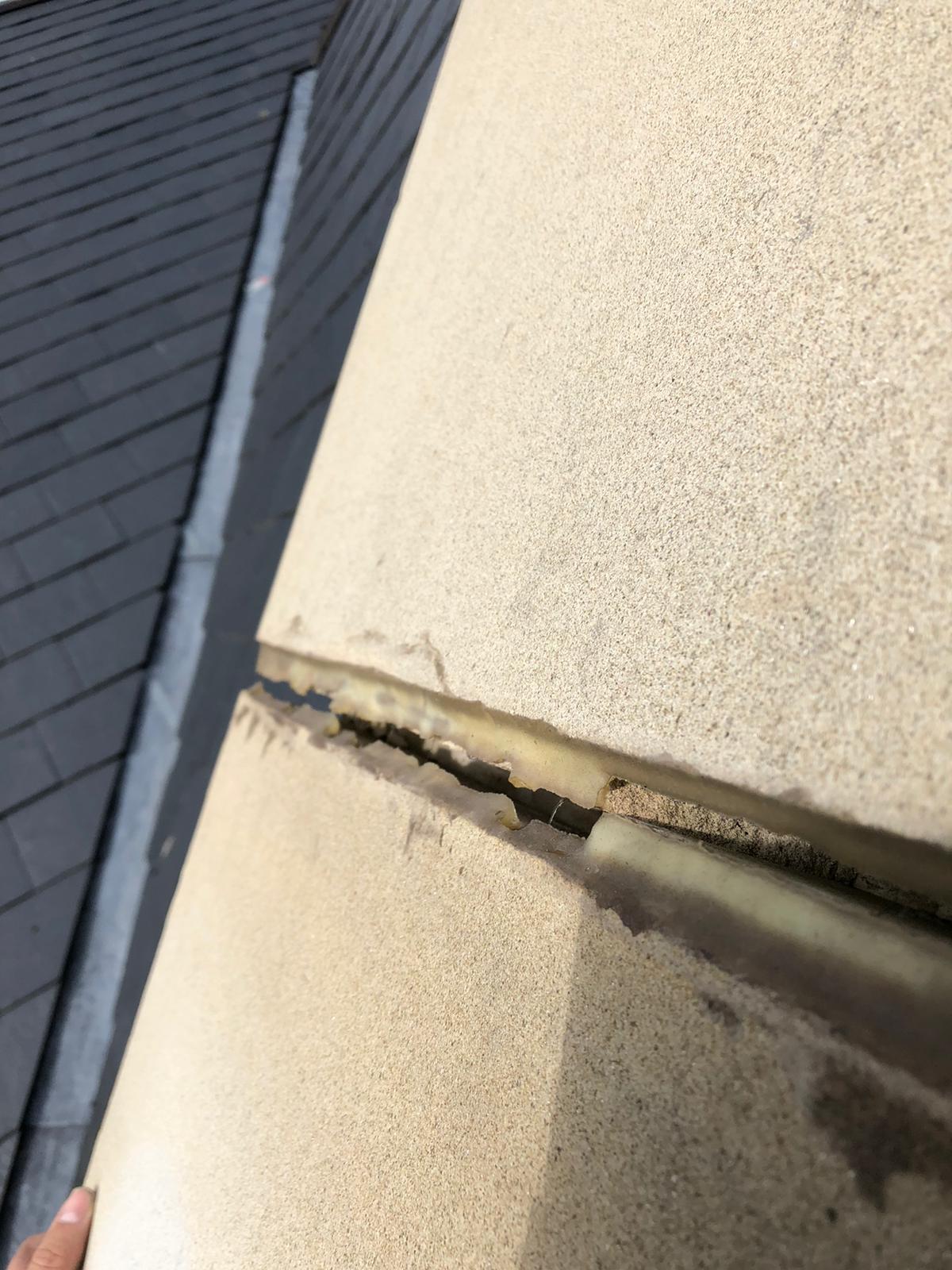 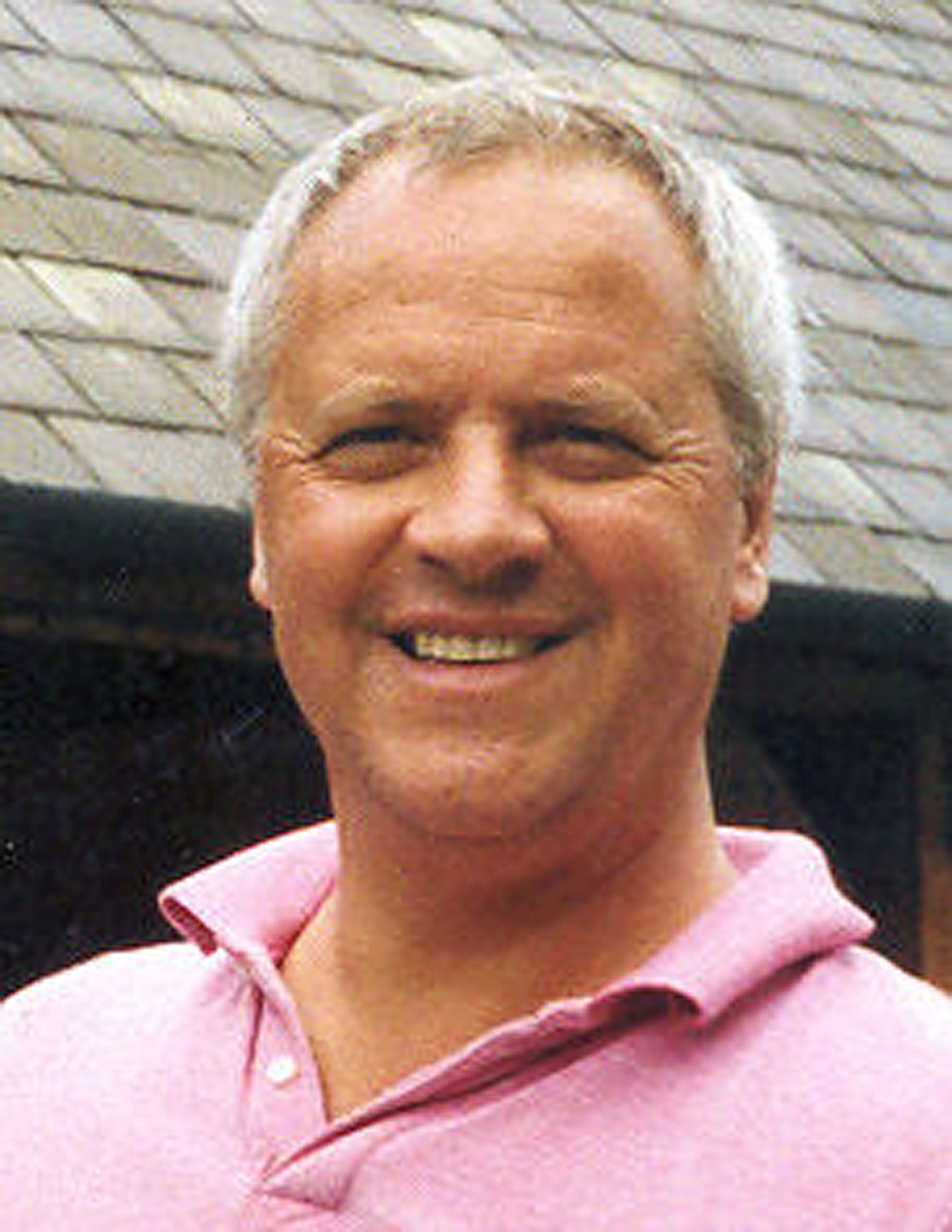 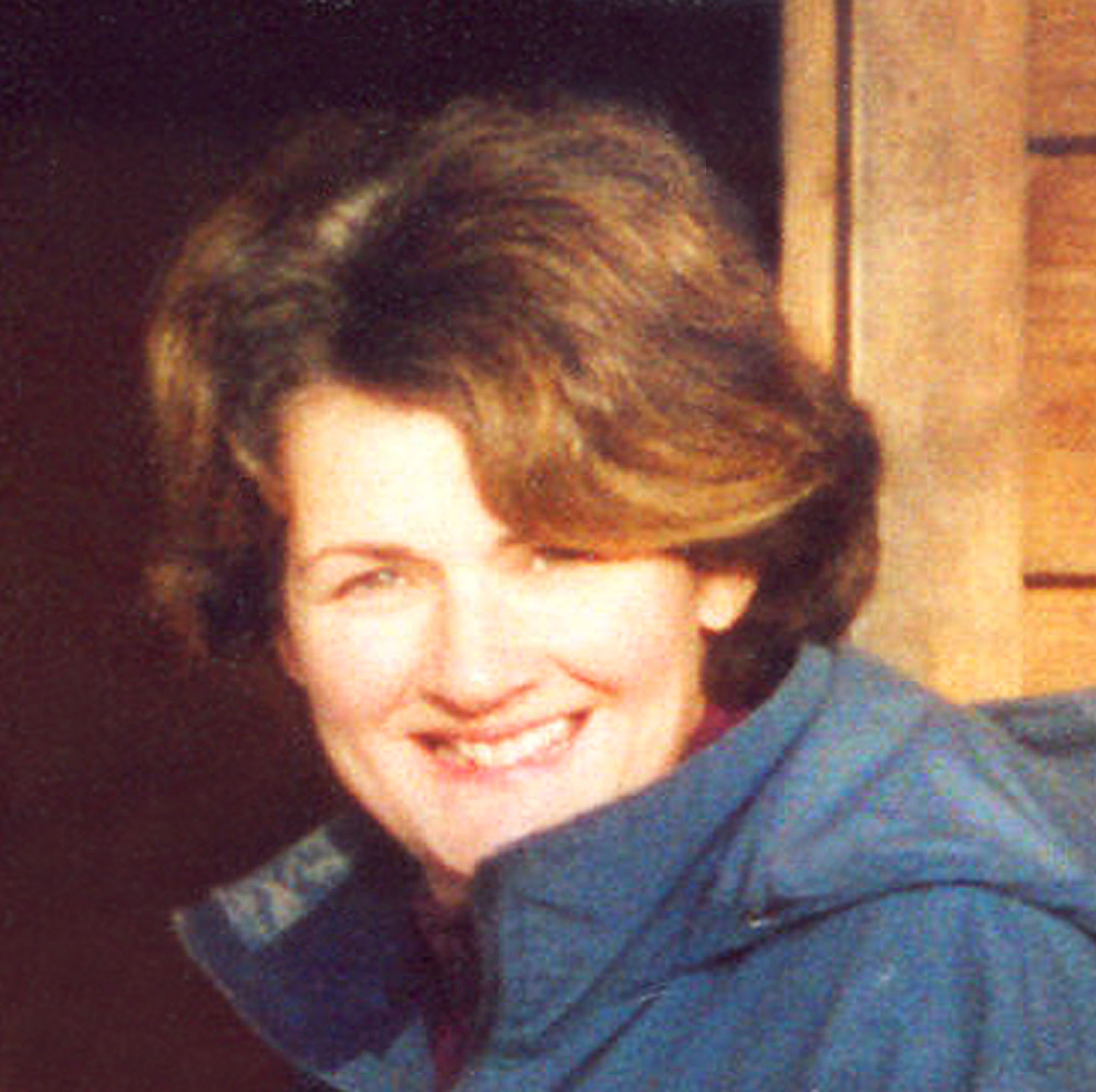