A PENNY farthing rider meets a modern-day hazard — as he collides with a van.

The cyclist swerved to try to avoid the delivery vehicle but ended on the tarmac. 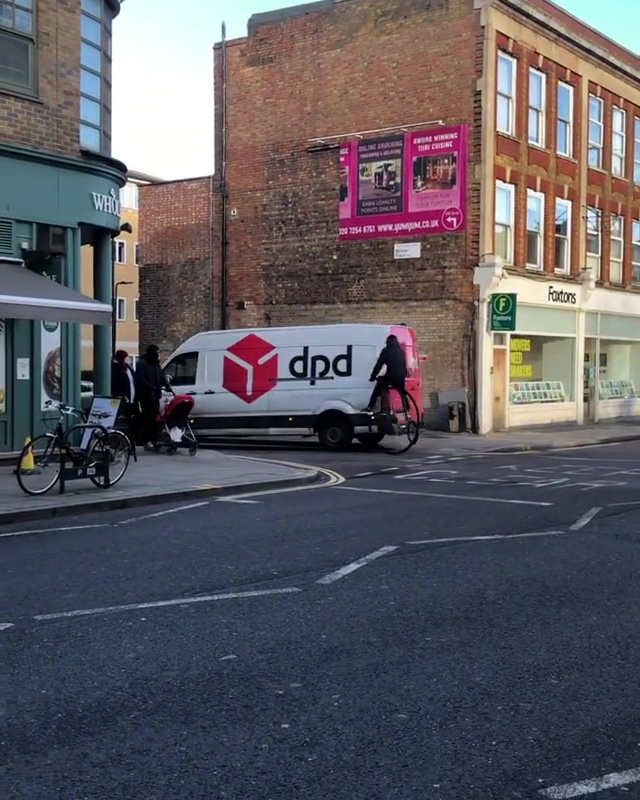 Video of the crash, in East London, was posted on social media with most viewers blaming the van man.

One called it “disgusting driving”.

Another said: “He is swerving left because to the right there is a van coming at him, and beyond that, more oncoming traffic. He wasn’t heading towards the wall by choice, he was forced into it by an idiotic van driver.”

One bike maker wrote online: “I have identified the bike as one that I manufactured and am now in the process of contacting my customers to find out who the rider was.”

It happened outside Whole Foods Market in Stoke Newington, London.

It is understood the van driver stopped and details were exchanged. 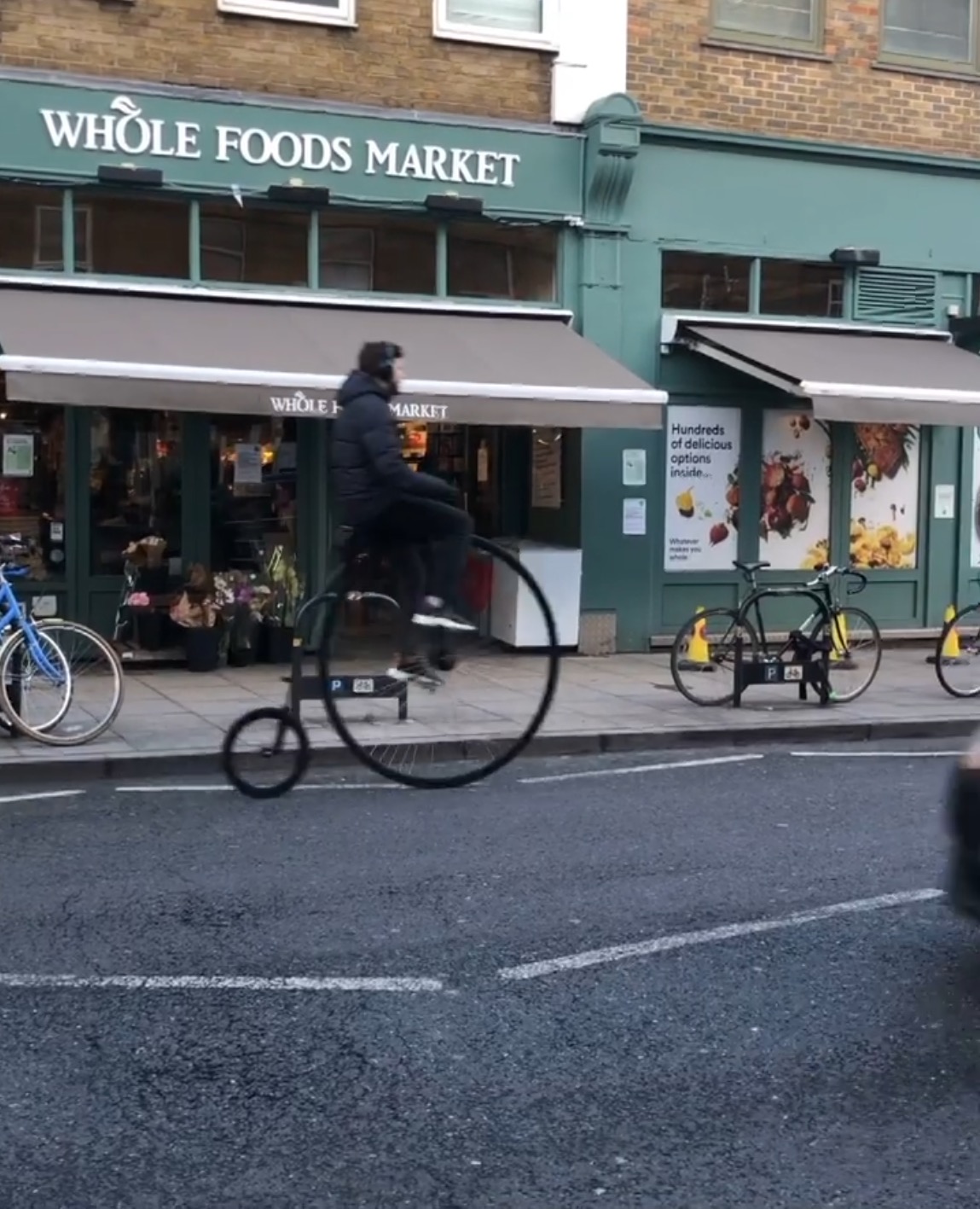 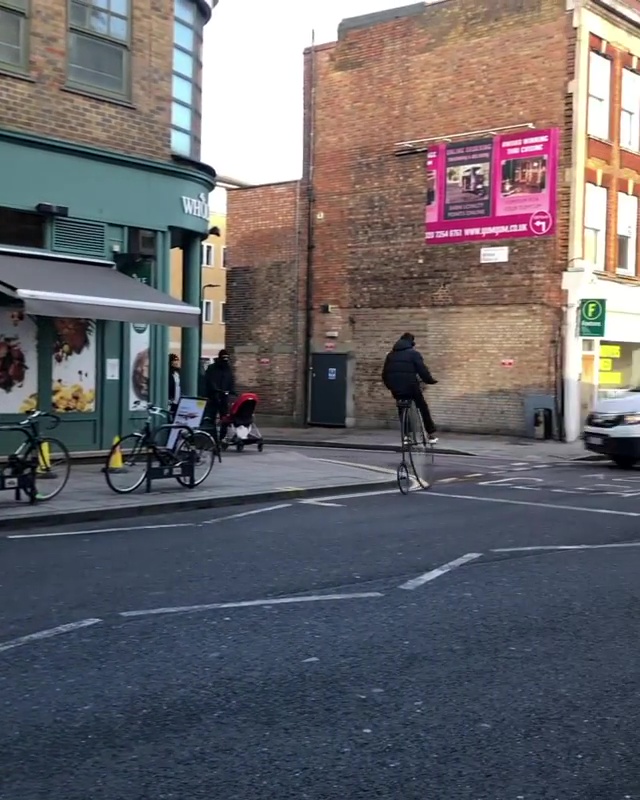 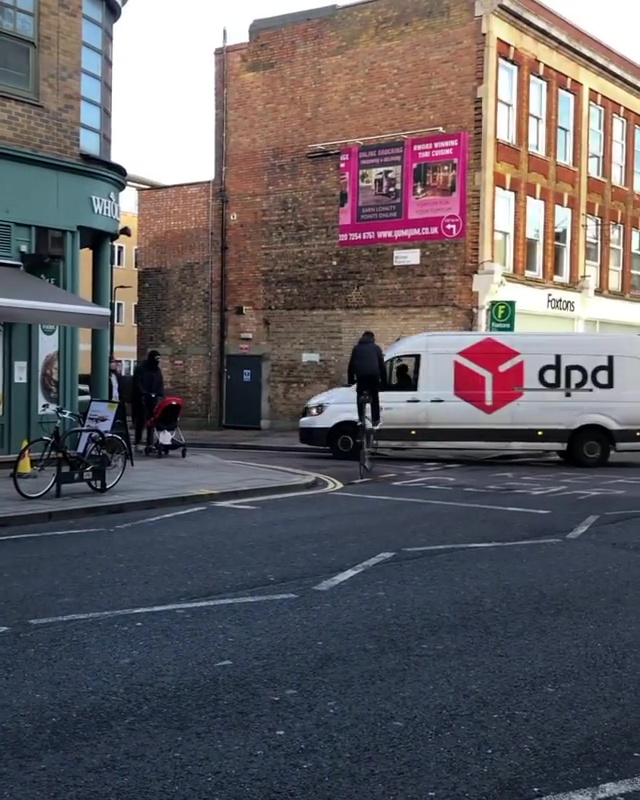 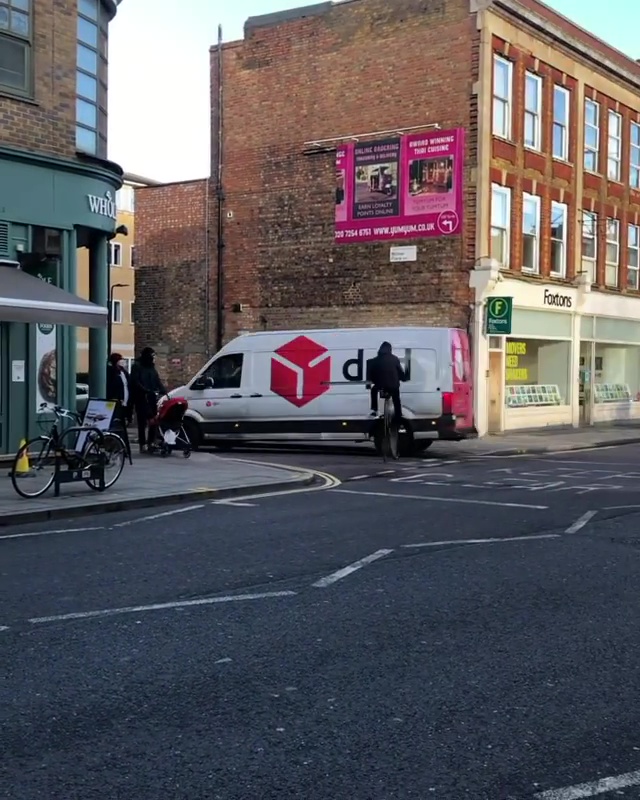 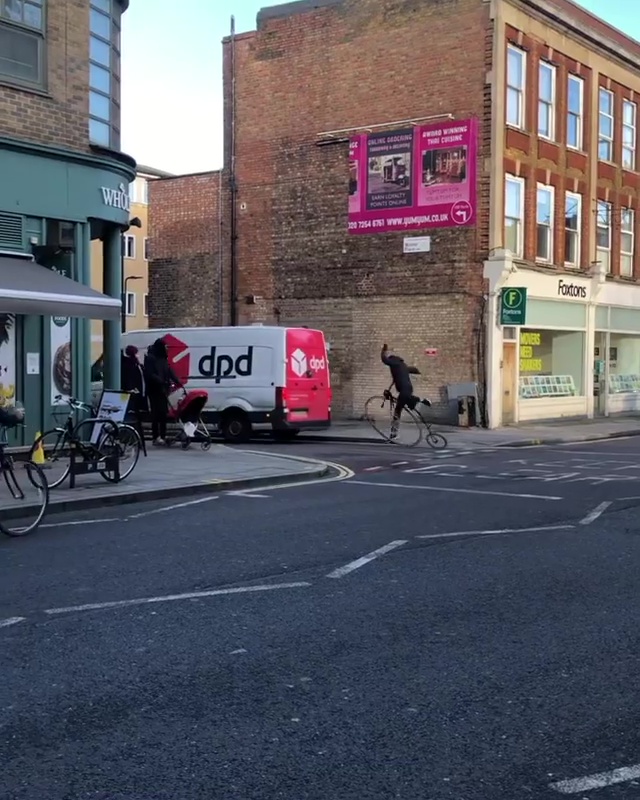 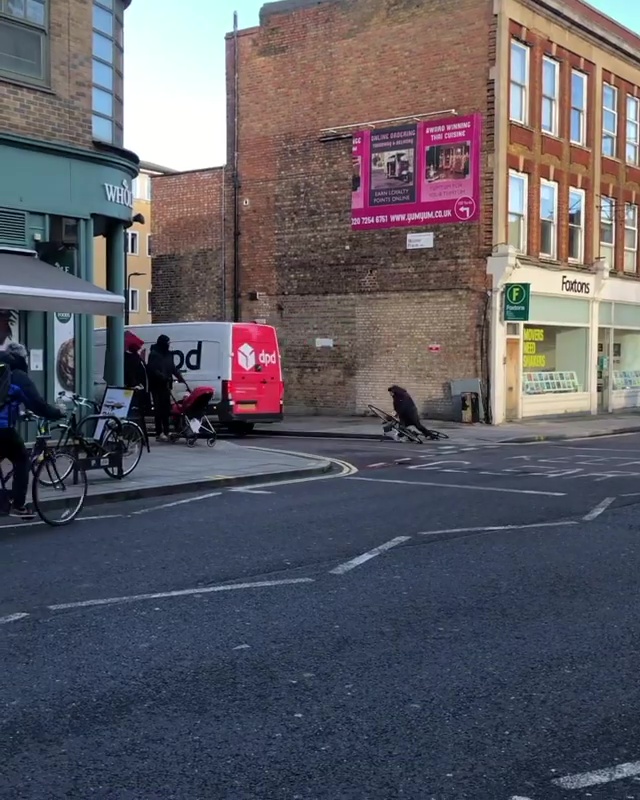 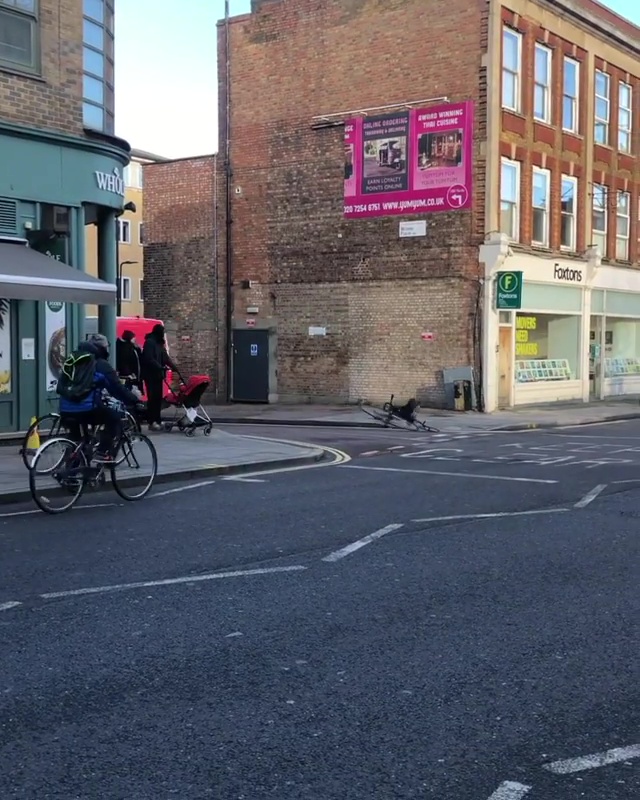