The state aims to lure $32 billion of private investment in critical energy infrastructure by setting up renewable energy zones that will receive faster approvals for transmission lines and incentives for new wind and solar developments. 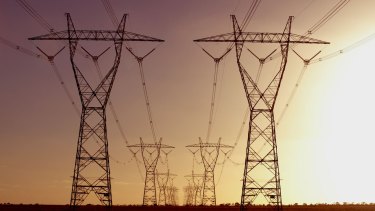 A new plan to transform NSW’s energy market has been met with mixed reactions from industry.Credit:Paul Jones

Cara Graham, a power and utilities partner at Ernst & Young, said state governments – including Victoria's Labor government and the Coalition in NSW – seemed to be taking energy policy "into their own hands" in the wake of a years-long energy policy vacuum at a federal level. She said the NSW move had been met with mixed responses from industry players.

"You've got one camp that's quite happy to have some policy certainty … but the concerning part is it is being viewed as government stepping into a space that has got a number of active private-sector participants," Ms Graham said.

The consequence of state governments adopting go-it-alone approaches, she added, was deepening the fragmentation of the nationally co-ordinated electrical grid and could send "perverse signals to market".

"You start ending up with assets being built in areas that actually don't need them, you start getting decisions made for pricing reasons in one jurisdiction that don't take into account that we actually have this integrated national market," Ms Graham said. "As individual states make some pretty big calls … we start to lose the value of the national market approach."

NSW's plan has gained praise from clean energy advocates and investors for seizing policy initiative, as well as criticism over government intervention to guide investment decisions that had previously been left to industry.

Under the plan, investors will earn a fixed return on infrastructure projects through a floor price guarantee issued by the government and paid by charges that flow through to retailers and consumer bills.

NSW Energy Minister Matt Kean said projects would be commissioned under reverse auctions to secure the cheapest contracts, and investors would bid in at low costs "due to the extra certainty" created by the policy.

"If the prices drop below the floor price, consumers will pay, but in a way that contains their risk of higher prices, but they would still pay less than they would otherwise," he said.

The Australian Energy Council, a group representing Australia's biggest power suppliers, said the plan could distort the market and encourage over-building of energy assets in NSW.

"This would ultimately mean higher costs for households," it said.

Tony Wood, energy director at the Grattan Institute, said the NSW plan would help fill gaps in supply created by retiring coal generators and build transmission lines linking the new renewable hubs into the electricity grid. But he warned consumers would end up bearing the risks.

"NSW's road map could reduce risks for investors and will most likely lower their premiums and therefore the cost of the projects," Mr Wood said. "However, the risk has just been transferred to consumers and how this will play out seems to have been assumed away."

Mr Wood said NSW's plan showed the state had lost faith in national energy policy, which centralised planning through the Council of Australian Governments, guided by advice from the Energy Security Board.

Energy Users Association of Australia chief Andrew Richards said while he understood the "pressure to keep the lights on", he urged state governments to "remain committed to building a nationally consistent energy policy that avoids unnecessary duplication of stakeholder effort and the introduction of competing policy and regulatory frameworks that may lead to increased costs".