THE Philippines is bracing itself for flash floods and landslides as Super Typhoon Surigae closes in on its east coast.

The tropical storm intensified over sea this morning hitting wind speeds of 190 mph – the equivalent of a category 5 hurricane. 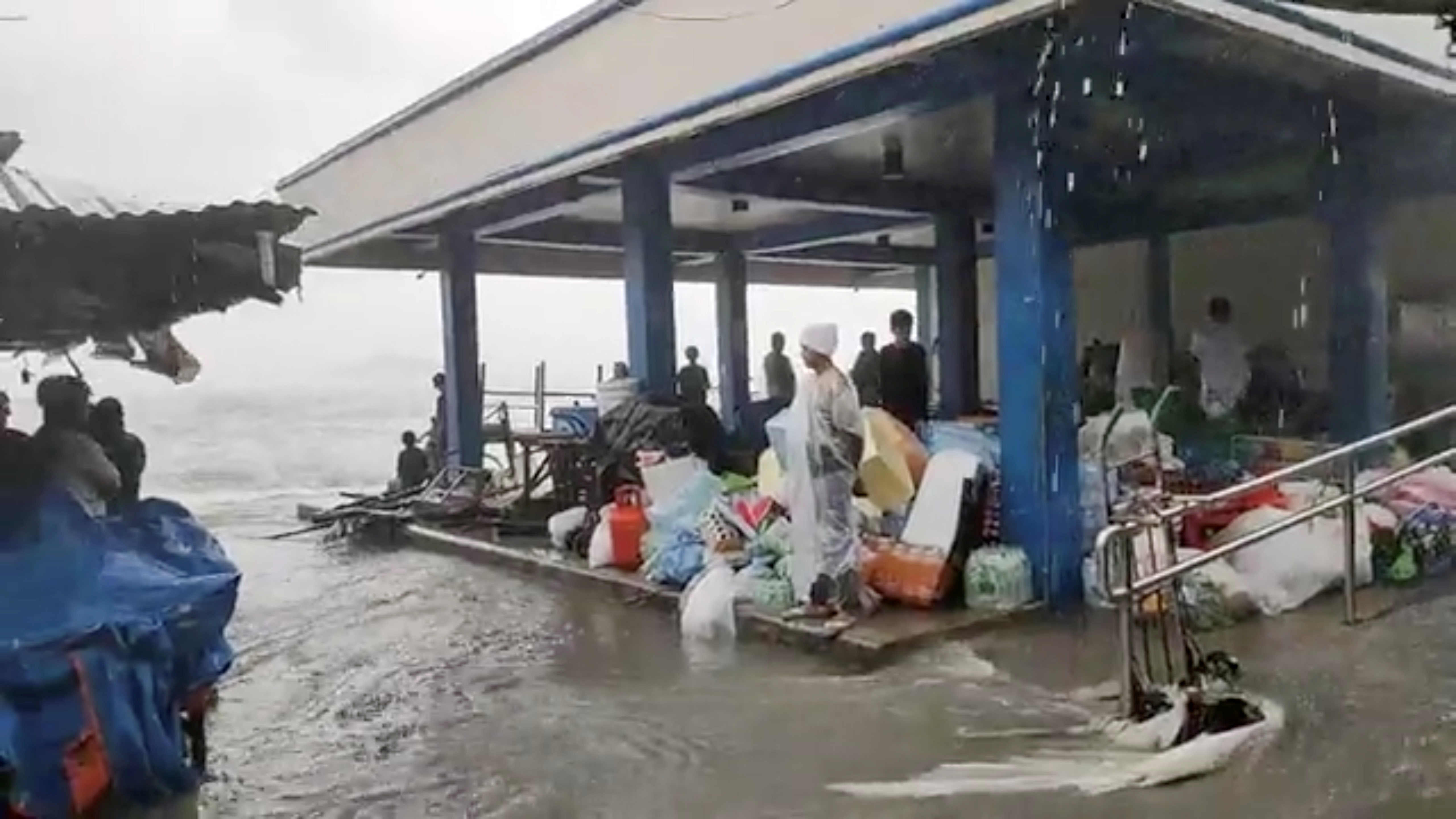 Surigae is now the strongest typhoon on record for the month of April, surpassing Typhoon Maysak in 2015 which brought winds of 173 mph.

In just 36 hours, the storm’s peak gusts have now more than doubled and it is now expected to "sideswipe" the island nation.

It is currently looming over the Philippine Sea to the east of the Bicol region, the nation’s weather bureau has revealed.

“Considering the uncertainty in the track forecast of the typhoon, a westward shift in the current forecast track may result in potentially significant impacts,” it said.

“The possibility of a close approach scenario is not ruled out.”

Based on the closeness of Surigae to eastern sections of the Philippines, a signal 2 alert has been issued for parts of Luzon, Visayas, Northern Samar, Eastern Samar, Samar and Mindanao. 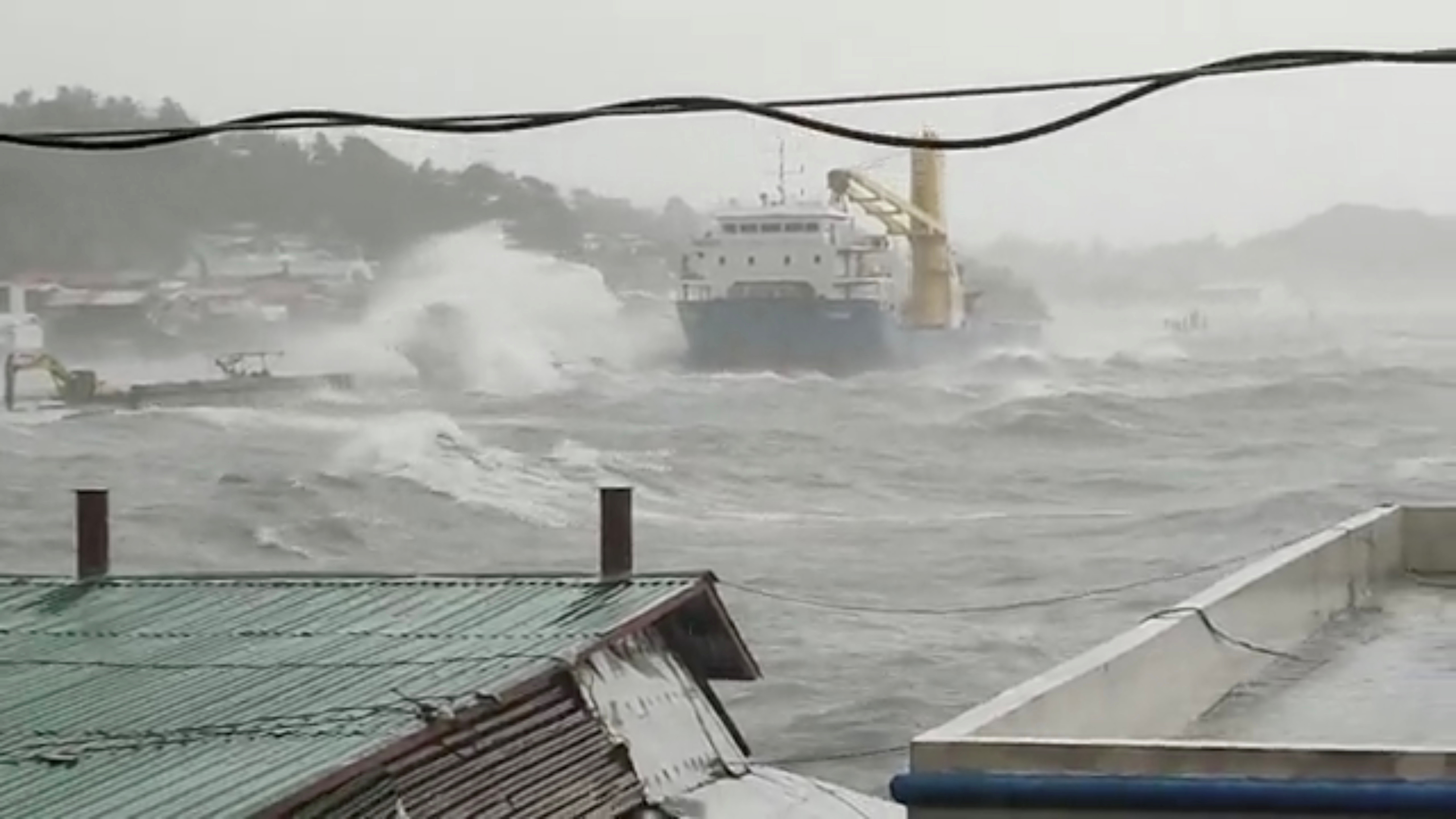 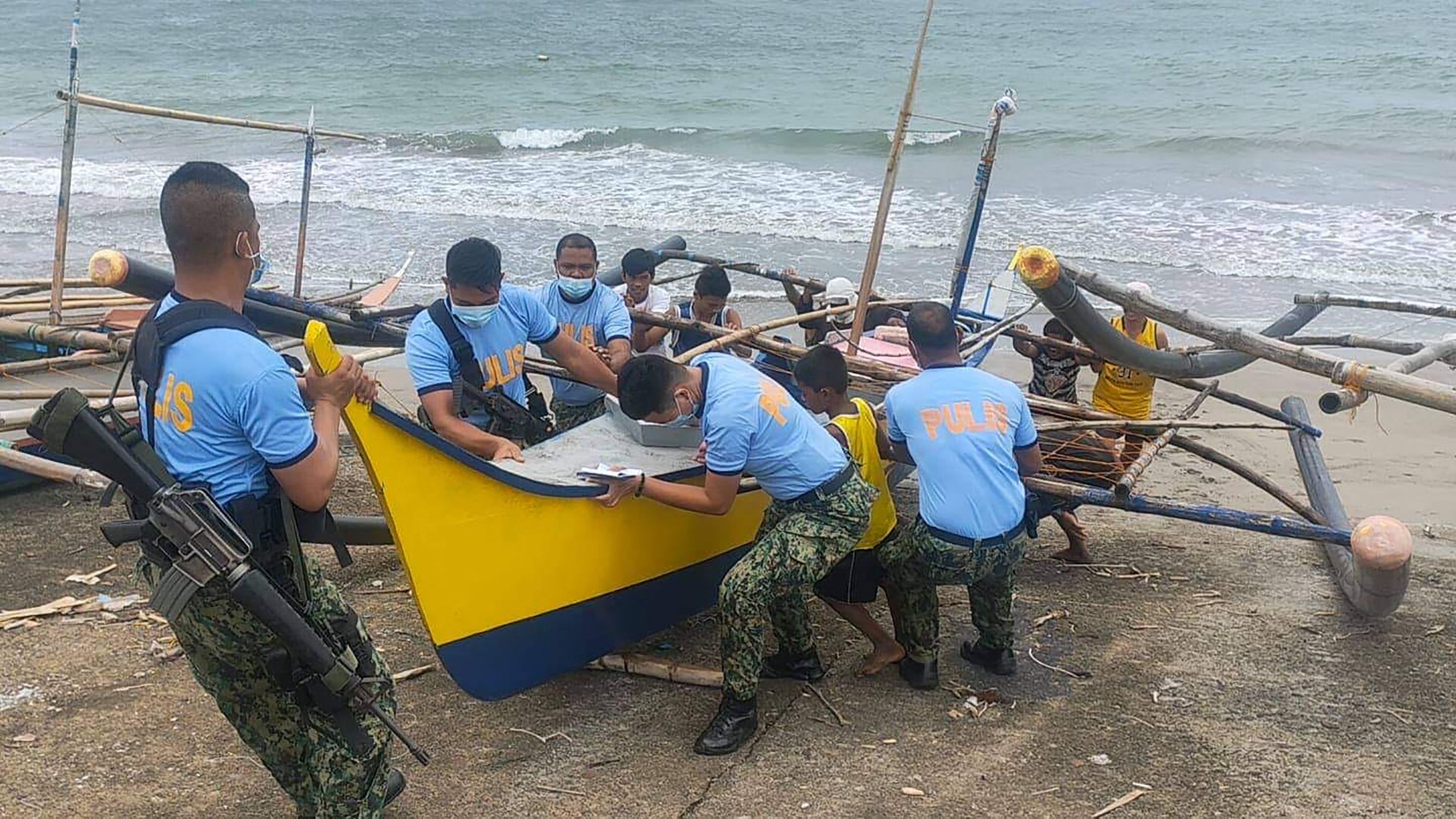 Heavy rainfall is expected in these areas that could produce flooding, flash flooding and landslides.

Surigae has been slowly moving toward the Philippines since it developed earlier this week but rapidly intensified on Friday, and then again on Saturday.

Rapid intensification occurs when a tropical cyclone strengthens 35mph in a 24-hour period.

Earlier in the week, the projections for Surigae were to track to the west toward the Philippines before turning to the northwest and north, comfortably missing the Philippines to the east.

However, over the past few days several weather forecast models showed a trend for the storm to track closer to the Central Philippines, reports CNN. 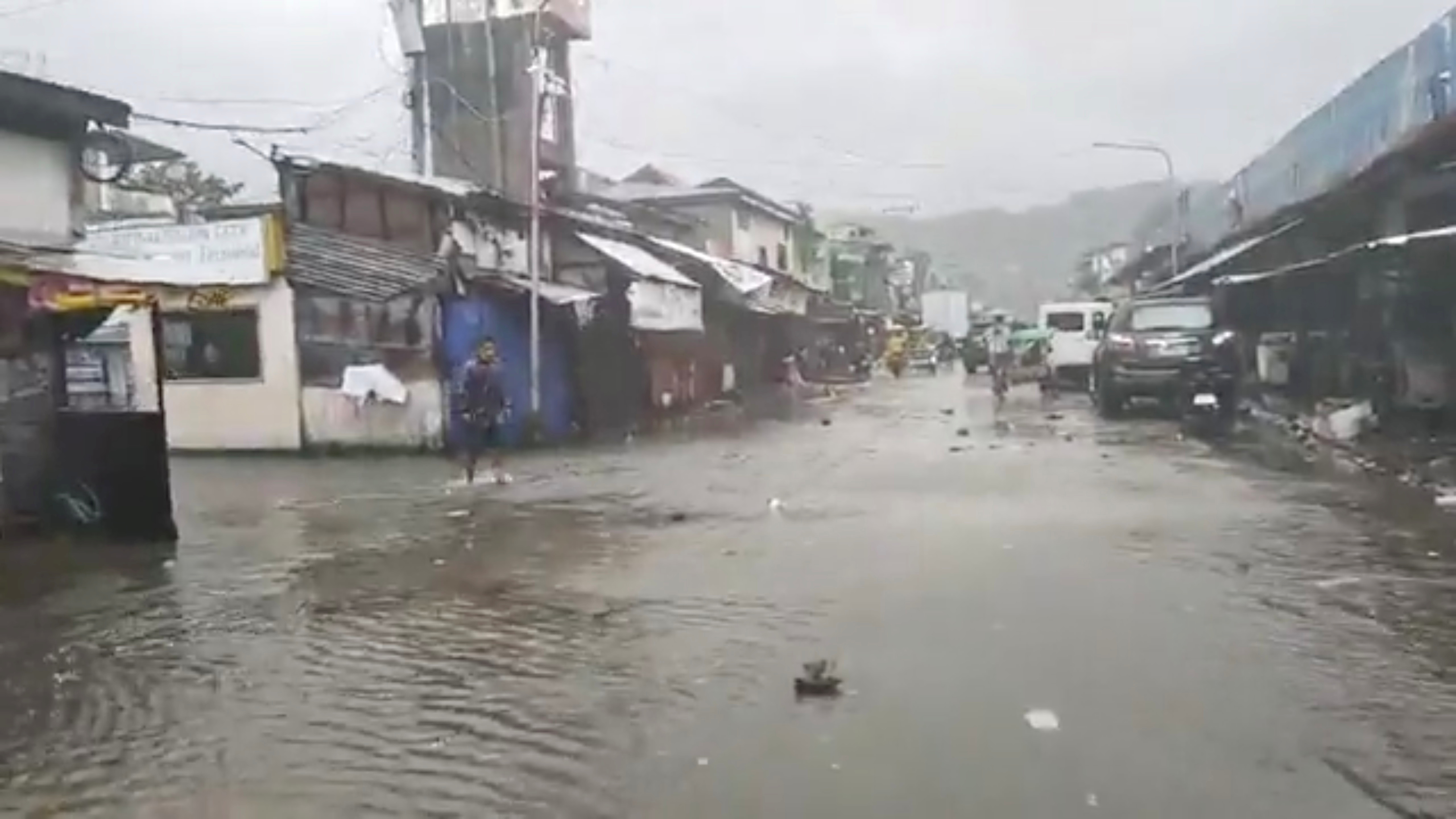 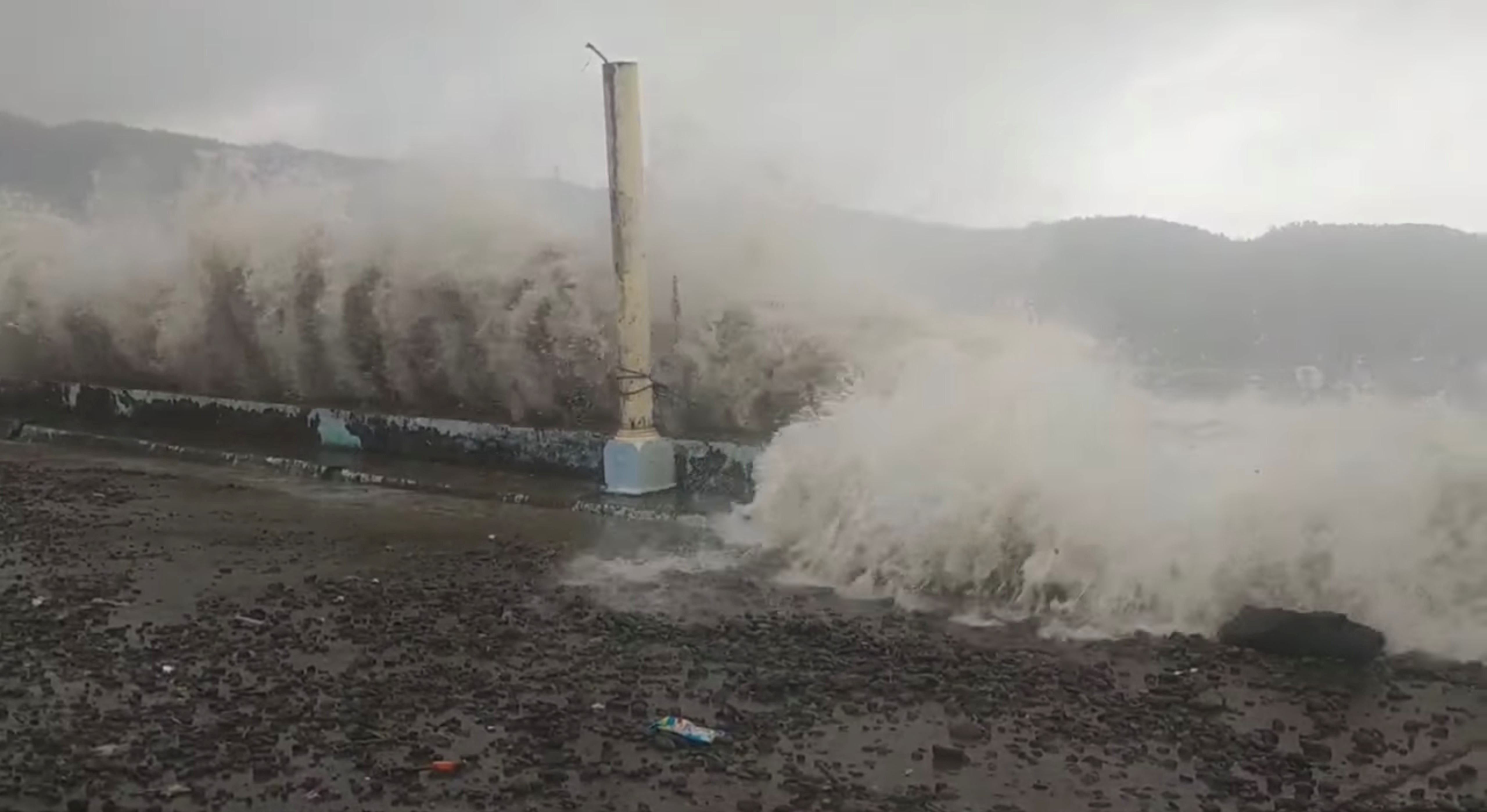 On its current trajectory, the strongest winds will remain in the eyewall, which should pass well out to sea.

However, the storm would pass close enough to bring tropical storm-force winds and up to eight inches of rain.

In the coming hours and days, the Joint Typhoon Warning Center anticipates that Surigae will gain more strength.

Its environment is ripe for strengthening, characterized by very warm sea surface temperatures between 84 and 87 degrees and relaxed upper-level winds.

Surigae is the first typhoon of the season in the western North Pacific, a region known for its annual barrage of fierce storms.

Super Typhoon Goni, which hit the Phillipines at Category 5 strength in October, was estimated to be the most powerful storm observed anywhere globally in the previous four years.

Surigae is one of several storms that developed in the past two weeks in the Pacific Ocean, with Cyclones Odette and Seroja swirling through Australian waters earlier in April.