MATAMOROS, Mexico (Reuters) – A harrowing photo of a Salvadoran migrant and his young daughter who drowned in the Rio Grande at the U.S.-Mexico border became the focus on Wednesday of a U.S. political debate over President Donald Trump’s asylum policies.

The picture of Oscar Alberto Martinez, 25, and his 24-month-old daughter Angie Valeria put a renewed focus on the plight of refugees and migrants who are mostly from Central America. The pair had traveled from El Salvador and were seeking asylum in the United States.

“Trump’s policy of making it harder and harder to seek asylum – and separating families who do – is cruel, inhumane and leads to tragedies like this,” he wrote on Twitter.

In turn, Trump blamed the Democrats, whom he said were blocking his government’s attempts at closing “loopholes” in U.S. law that encourage migrants to apply for U.S. asylum.

“If they fixed the laws you wouldn’t have that. People are coming up, they’re running through the Rio Grande,” he said, referring to the river known as the Rio Bravo in Mexico that forms a large part of the border between the two countries.

“They can change it very easily so people don’t come up, and people won’t get killed,” Trump told reporters.

Record numbers of Central American migrants are reaching the United States this year despite a crackdown by Trump. Many flee their homes in Central America to escape poverty, drought and high levels of criminal violence, much of it carried out by street gangs.

U.S. border patrol agents have apprehended 664,000 people along the southern border so far this year, a 144 percent increase from last year, said Brian Hastings, chief of law enforcement operations for the U.S. Border Patrol. “The system is overwhelmed,” he said.

Deaths are not uncommon, with travelers exposed to violence from criminals as well as the treacherous waters of the Rio Grande and desert heat. On Tuesday, U.S. Border Patrol agents near Eagle Pass, Texas recovered a man’s body from another stretch of the river. Several more have drowned this year.

Border Patrol reported 283 migrant fatalities on the border in 2018. Activists say the number is higher as the remains of many migrants who die in rugged stretches of wilderness along the 1,950-mile (3,138-km) long border are never found.

To manage asylum flows, the United States has in recent years implemented a system known as “metering” which puts daily limits on the number of asylum seekers processed at ports of entry, leading to weeks-long waiting lists in dangerous border towns.

The controls have contributed to growing numbers of migrants crossing the border illegally to hand themselves in to authorities and ask for asylum. Migrant rights activists say such limits on people’s access to asylum can put them in harm’s way, while driving migration underground and squeezing it into new routes.

Enrique Maciel, director of the migrant agency of the Mexican state of Tamaulipas, said the Martinez family had decided to cross the river after being told they needed to register for a waiting list to apply for asylum at the Matamoros-Brownsville port of entry.

Martinez’ mother on Wednesday told Reuters she had urged her son not to leave, fearing danger would meet him on the long journey north.

The photo of Martinez and his toddler daughter — face down in the mud on the river bank, with her arm draped around his neck — has gone viral on social media around the world.

“The pope is profoundly saddened by their death, and is praying for them and for all migrants who have lost their lives while seeking to flee war and misery,” Vatican spokesman Alessandro Gisotti said.

The United Nations refugee agency UNHCR compared the photograph to the picture of three-year-old Syrian refugee Aylan Kurdi who drowned in the Mediterranean and whose body washed up on a beach in Turkey in 2015. 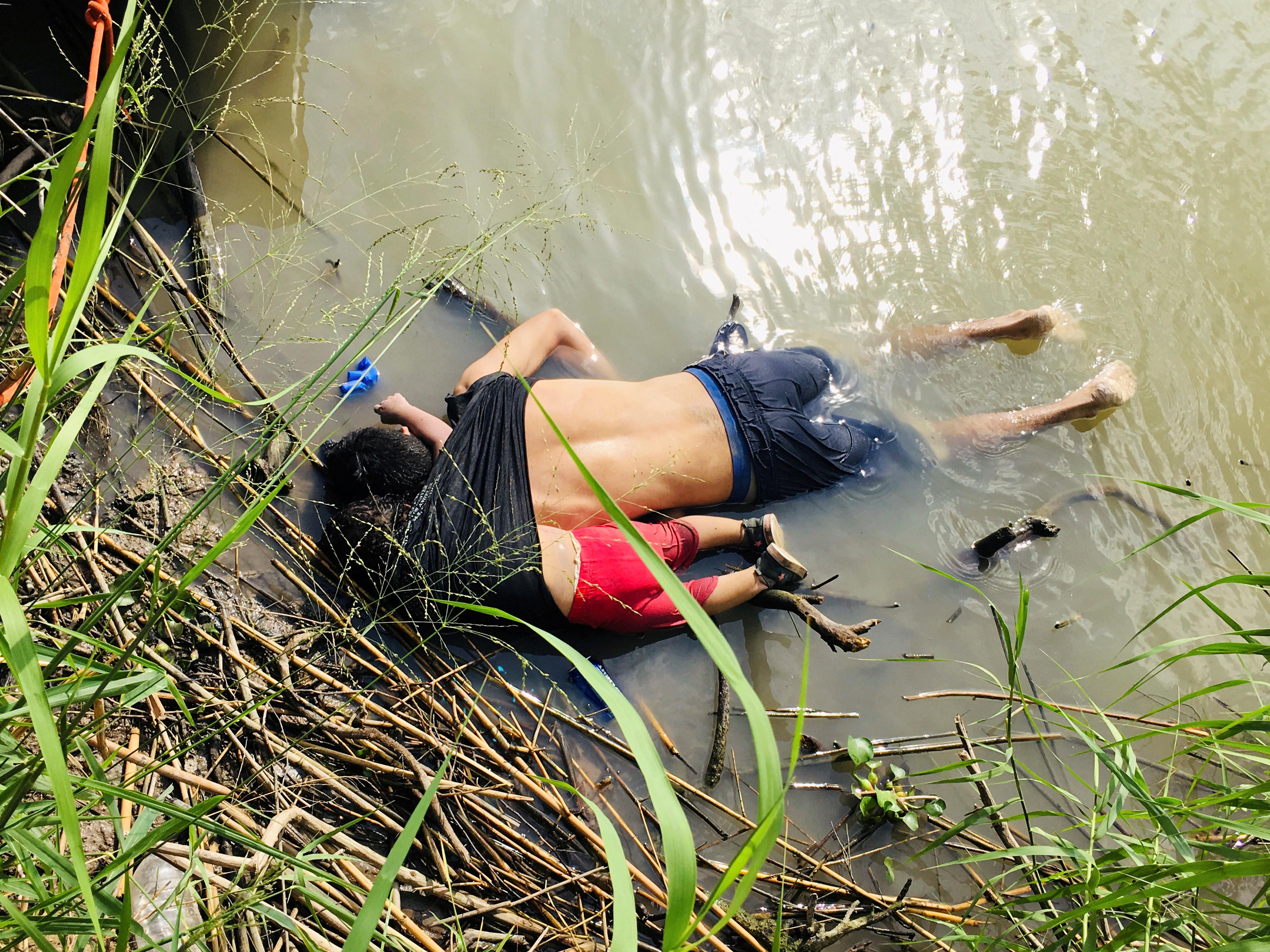 Kurdi was part of a Syrian refugee wave that caused panic in Europe, prompting Turkey to effectively shut down the migrant route through Greece at the European Union’s behest.

As with the photograph of Kurdi, the image of the drowned father and daughter has triggered debate over the ethics of publishing such shocking photographs, with some commentators arguing that Western media was less likely to publish similar images of European or U.S. citizens.

Robin Reineke, co-founder and director of the Tucson, Arizona-based Colibri Center for Human Rights said the use of such pictures did little or nothing to halt the deaths occurring daily on the border.

Others said the use of the picture of Martinez and his daughter was justified because it made people face up to migrant deaths on the U.S. southern border.

“This happens every day along the border from California to Texas, at least one or two people a day,” Larraenza said.

Many countries have erected barriers to migrants, and the European Union and the United States have pressured their neighbours to cut the numbers of people trying to make the journey.

Trump threatened Mexico with trade tariffs until it agreed to help lower the number of mostly Central American migrants reaching the United States, using increased enforcement along with and expanded program of asylum containment.

With more immigrants reaching the U.S.-Mexican border than at any time in the past decade, authorities in both countries have struggled to provide adequate care in detention, with immigration lawyers citing children being held for weeks without adequate food or hygiene in U.S. border facilities.

The U.S. Customs and Border Protection agency said on Tuesday its acting commissioner was resigning.

The U.S. Senate on Wednesday approved a $4.6 billion bill to address the migrant surge at the border with Mexico, setting up a negotiation with the House of Representatives and President Donald Trump over the funds and how they should be spent. 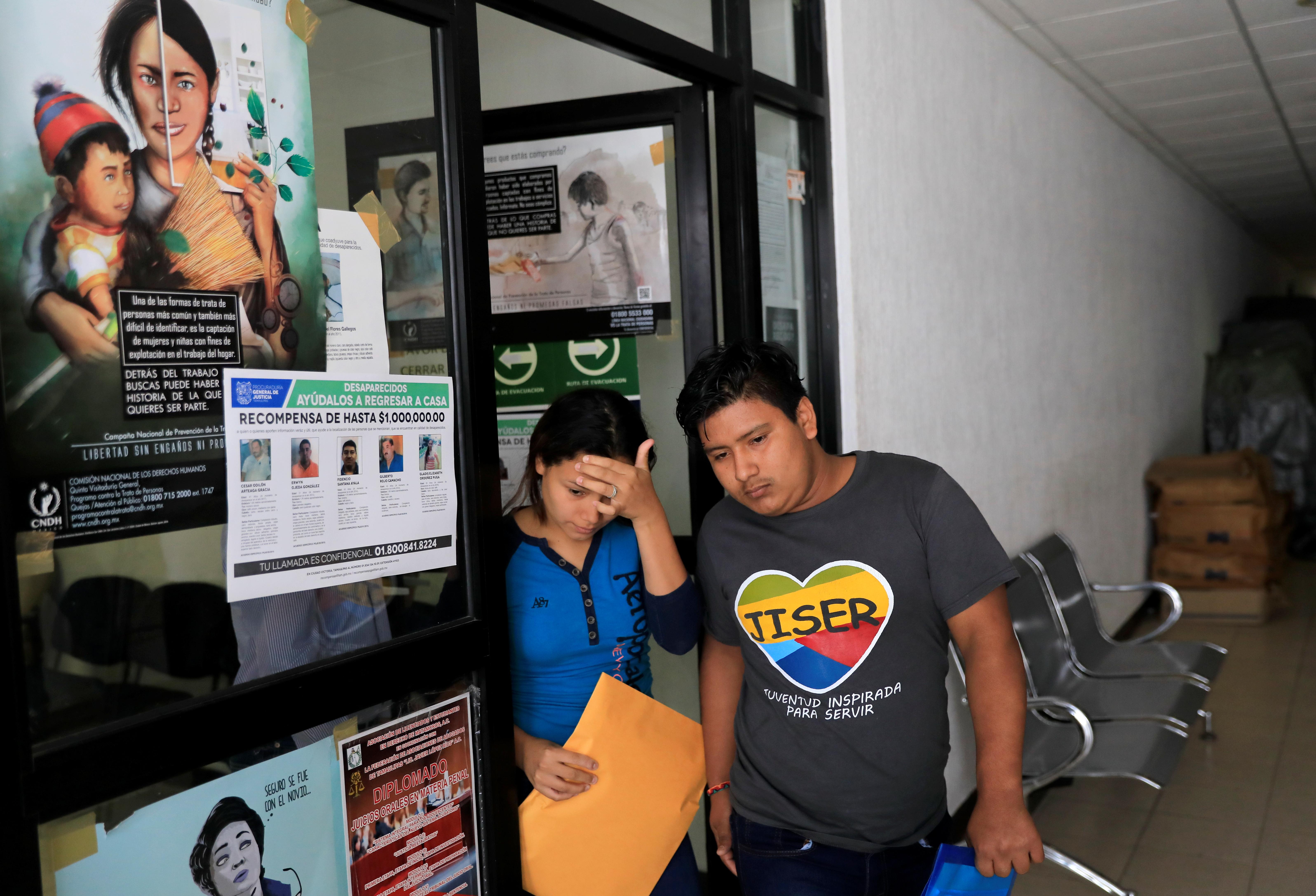 U.N. High Commissioner for Refugees Filippo Grandi said Martinez and his daughter had lost their lives because they could not get the protection they were entitled to under international law.

“The deaths of Oscar and Valeria represent a failure to address the violence and desperation pushing people to take journeys of danger for the prospect of a life in safety and dignity,” he said in the statement.