PIERS Morgan branded  Hugh Grant a 'stuck-up arrogant twerp' after the actor said Britain 'is finished' in a TV interview.

The Love Actually star, who has campaigned for Lib Dems and Labour called Brexit and Boris Johnson's ruling a 'catastrophe'. 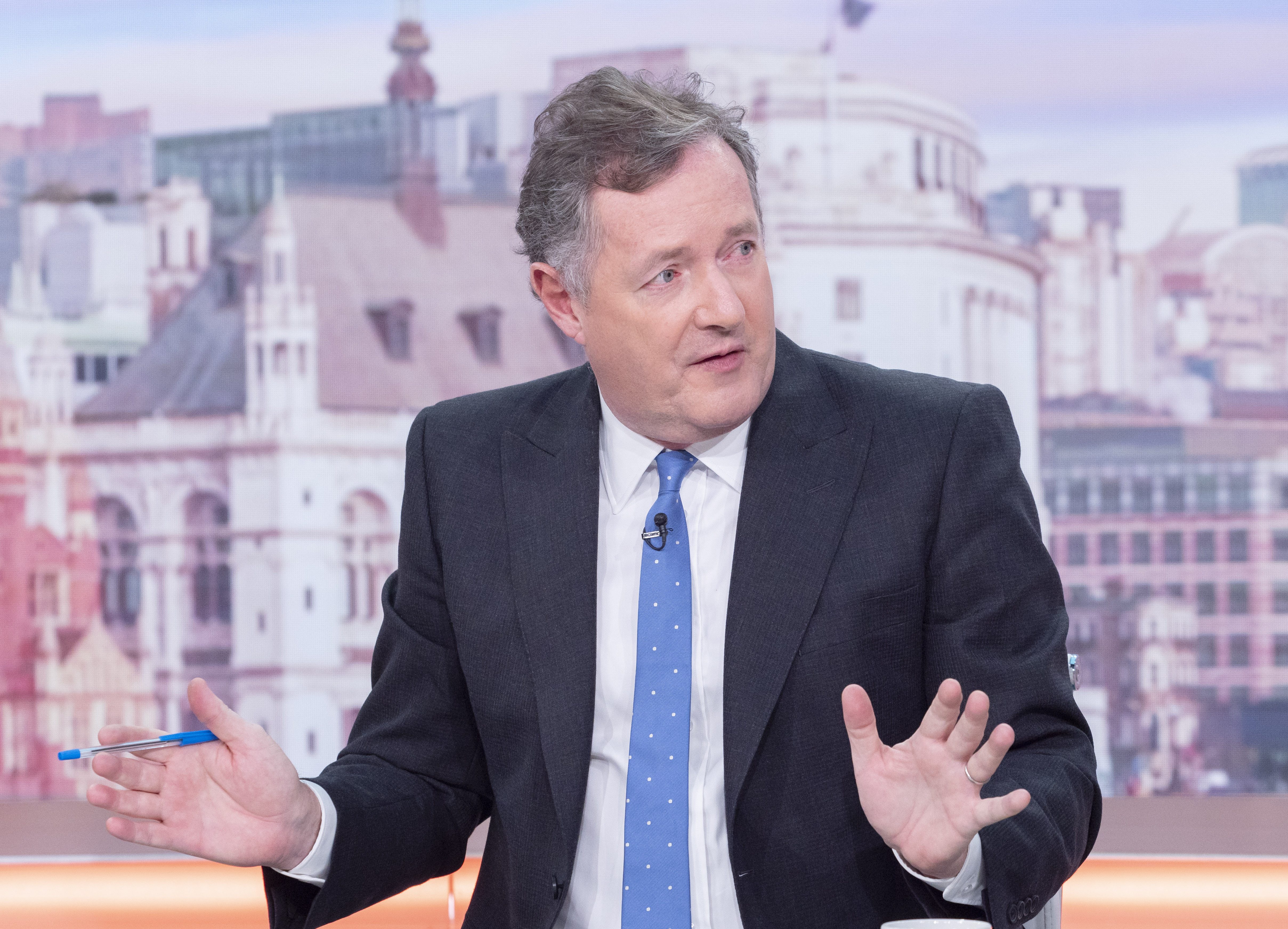 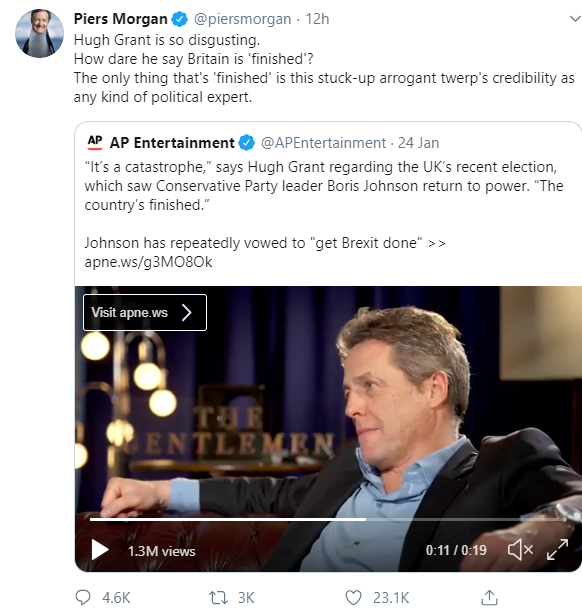 Like a moth to a flame, Piers shared his thoughts on Twitter, called Grant 'disgusting' for his stance on the UK's politics.

He wrote: "Hugh Grant is so disgusting. How dare he say Britain is 'finished'? The only thing that's finished is this stuck-up arrogant twerp's credibility as any kind of political expert."

This isn't the first time the pair have clashed, in December after the general election result, the Good Morning Britain host urged Grant to "stick to the acting", and suggested he should not get involved "in stuff you don't know anything about."

Piers continued his long-running feud with the Love Actually star on GMB this morning, laughing at the actor's plummy voice and sarcastically congratulating him on his awful record.

How dare he say Britain is 'finished'?

"100% loss record for Saint Hugh, who believed he had to step in to save the country."

His endorsements were of little help, as all of them lost to Conservatives.

Mimicking the actor's posh voice and his condescending tone, Piers said: "I'm just coming to save you stupid people from yourselves."

Looking down the camera, he said: "Yeah, well, the stupid people went, 'why don't you go swing one, son. We're actually going to kick out everyone that you support.'

“Well done Hugh, really magical performance. Maybe next time just stick to the acting. Stick to the Love, Actually reruns – they air at this time of year.

“It’s fine, just don’t get involved in stuff you don’t know anything about.”

The pair have history, and have previously descended into mud-slinging matches on Twitter.

On the night before the election, Piers responded to a video of Steve Coogan talking on Sky News, writing: “Who gives a flying f*ck what Coogan & Grant have to say about this election? Honestly, the stupefying pomposity of these clowns trying to thwart democracy is beyond parody.”

In his Daily Mail column the next day, the GMB host said Grant’s endorsements helped Boris Johnson win a landslide.

He wrote: “Grant, who seemed to forget that playing a fictitious Prime Minister in Love Actually is not a qualification to be a real politician, spent weeks marching around ordering people not to vote for Johnson or the Conservatives because they had the audacity to want to act on the democratic will of the people.

"He said 'I don’t want to sound dramatic but I really think we’re facing a national emergency'.

“The absurdly affected arrogant and pompous twerp believed he was the one to save us all from ourselves.” 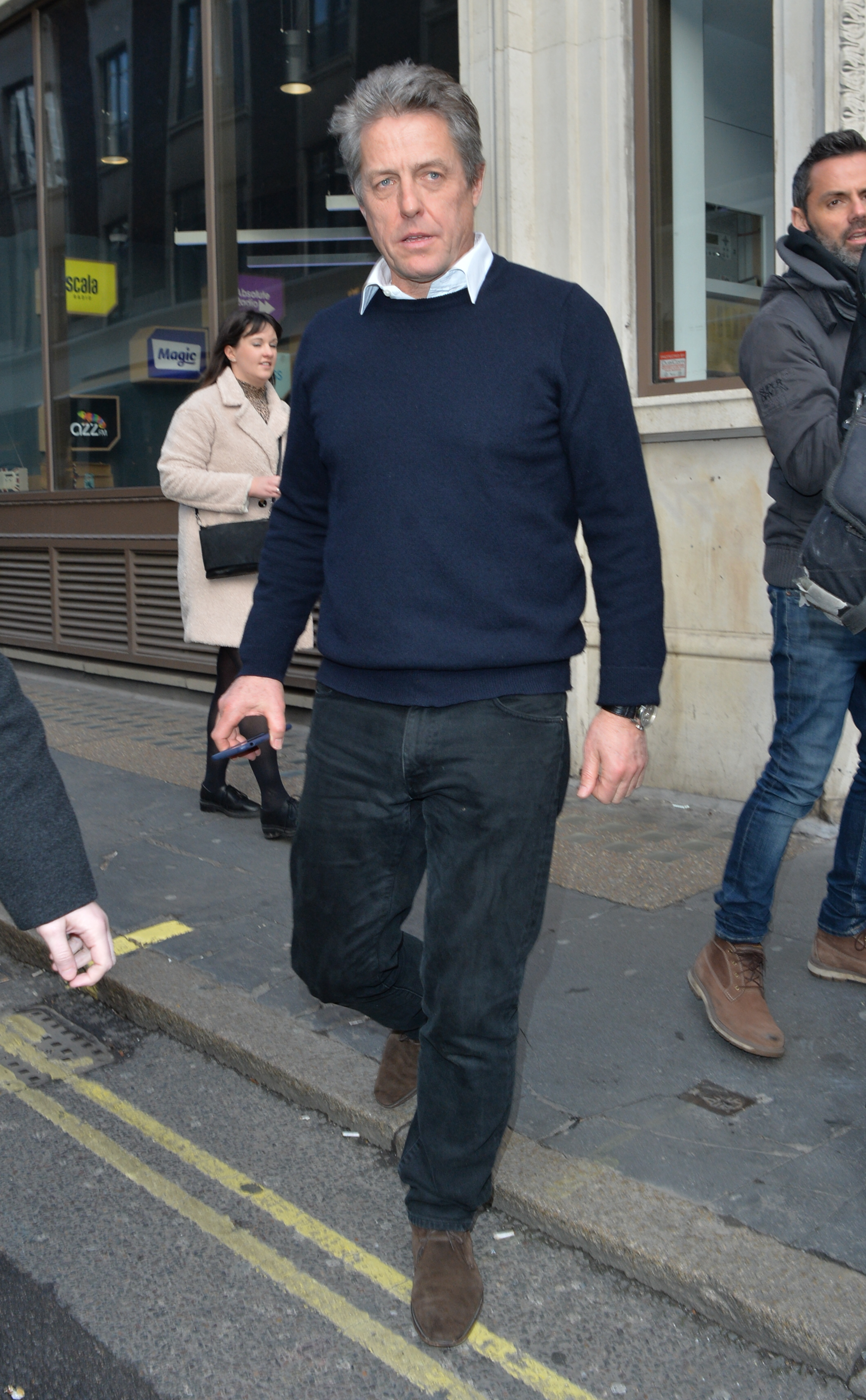 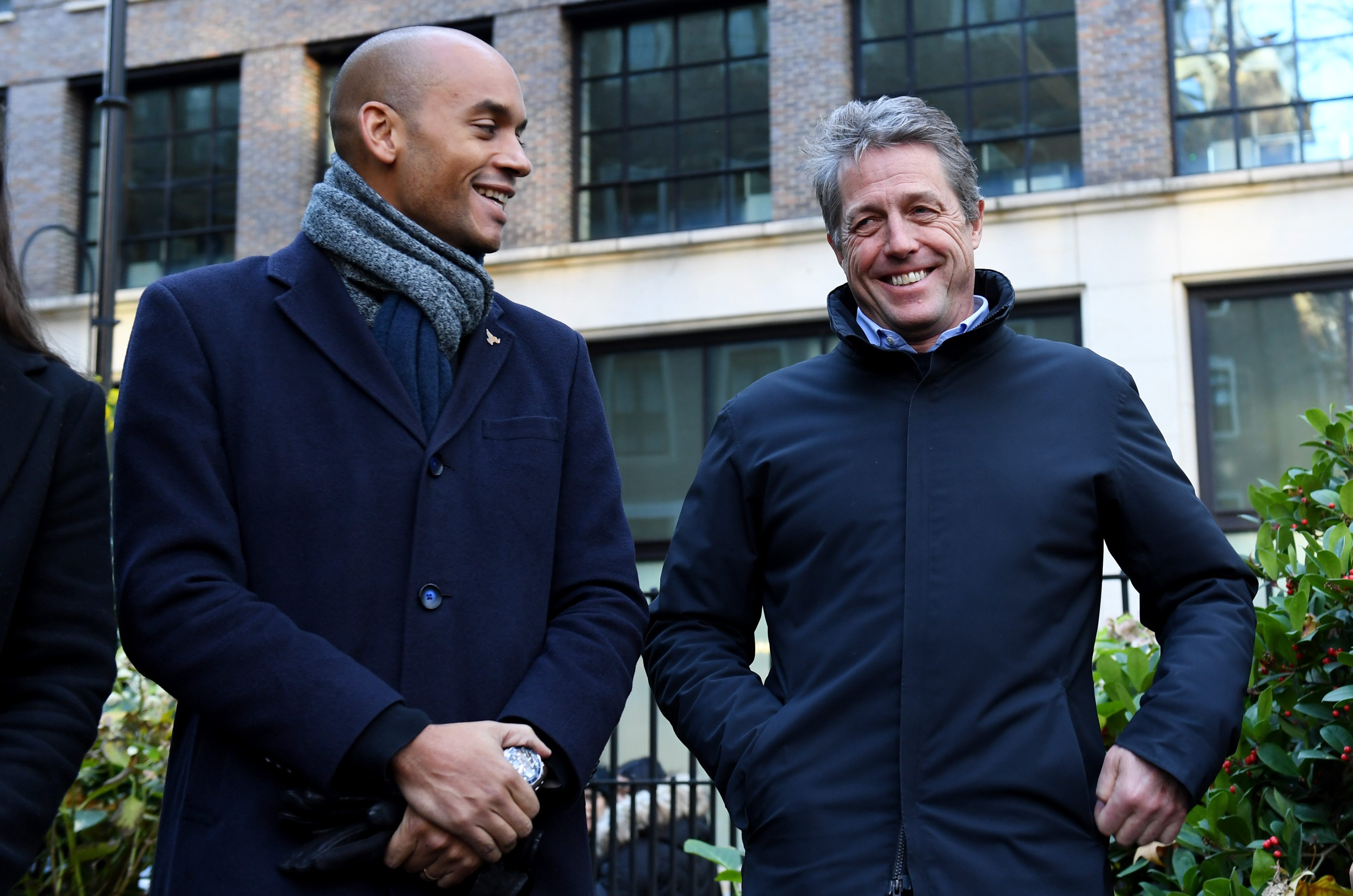