The man can be seen drawing his fist behind his head as he sits astride the bloodied big cat. 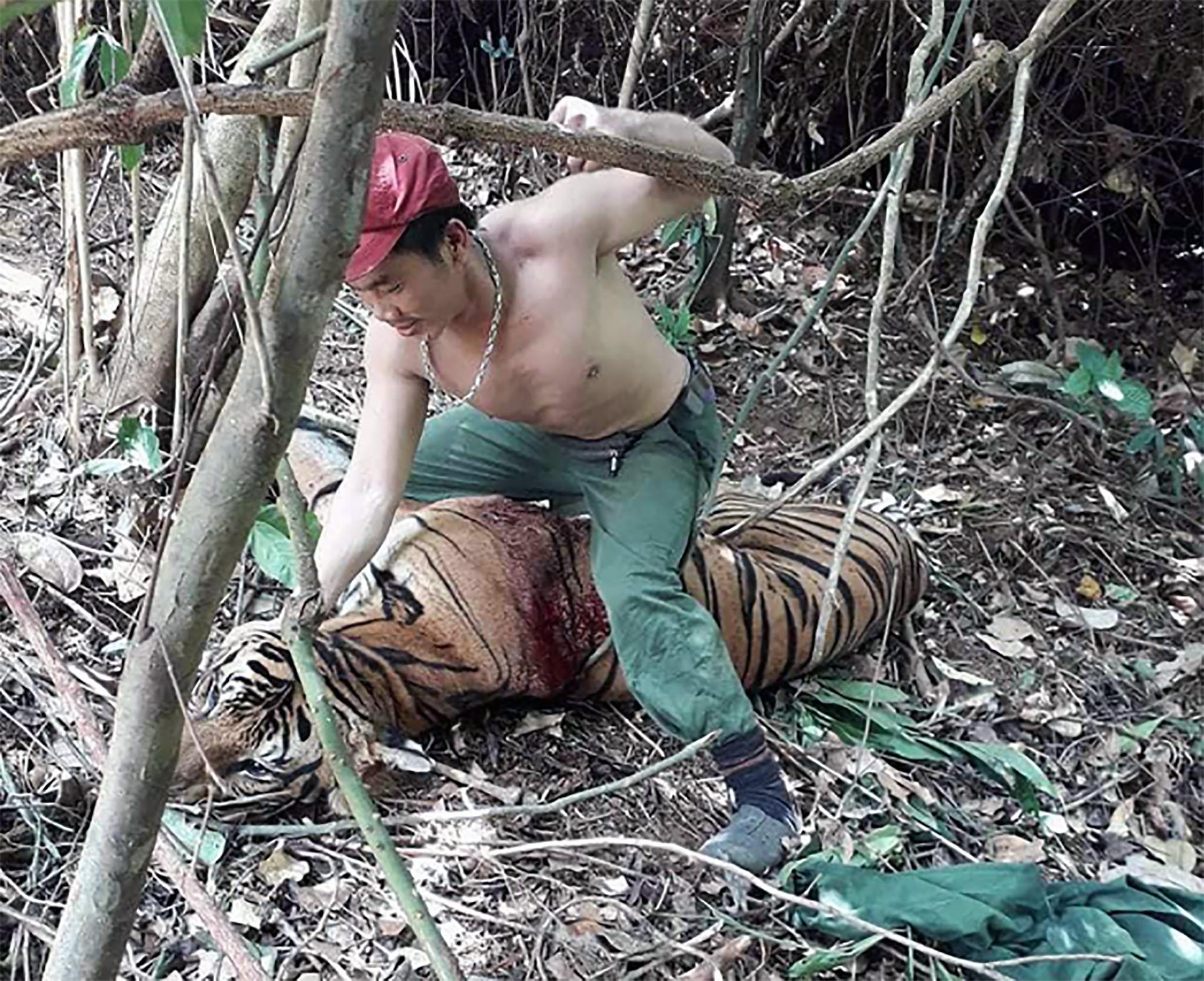 The tiger appears to be bleeding from a bullet wound, but it is not clear if it is already dead in the trophy-style photo.

It was recovered from a mobile phone seized by police who arrested a Vietnamese poaching gang operating across four countries.

They had a whole tiger skeleton in their car when they were stopped by cops acting on a tip-off in western Thailand.

A driver-for-hire was suspicious of his two foreign customers who paid him to drive them and a large package from Tak to Phitsanulok.

A picture shows officers examining fresh tiger bones and other objects during a search of the vehicle and suspects.

The two Vietnamese nationals were arrested.

Conservation charity Freeland helped police use digital forensic technology to track the poachers' journey across Laos and into Thailand.

It is believed they were working for an international crime syndicate based in Vietnam who make a fortune from trafficking rare animal parts used in Chinese medicine.

The poachers had been on targeted hunting missions in protected forests in Thailand and Malaysia and possibly in Myanmar, investigators said.

They documented their trips on their phones. Cops found photos of tiger kills including the "punch" picture.

Petcharat Sangchai, director of Freeland-Thailand, said: “We do not think this was their first time in Thailand, and we have reason to believe they were planning to strike again.”

He added: “This gang has been removed as a threat, but we should be aware that whoever employed them may dispatch more hunters to kill our country’s tigers.

“Police, rangers and the public must remain vigilant.”

The driver who tipped off cops will be paid a reward as part of the TYGER conservation project.

Freeland is working to train rangers for anti-poaching operations in Thailand.

Fewer than 4,000 tigers are thought to be left in the wild.

The Indochinese tiger sub-species is particularly endangered with perhaps as few as 200 animals in the jungles of Thailand and Myanmar which are under threat from illegal loggers.

Last week the Born Free Foundation warned all tigers could be wiped out within a decade after a 96 per cent decline in the past 100 years. 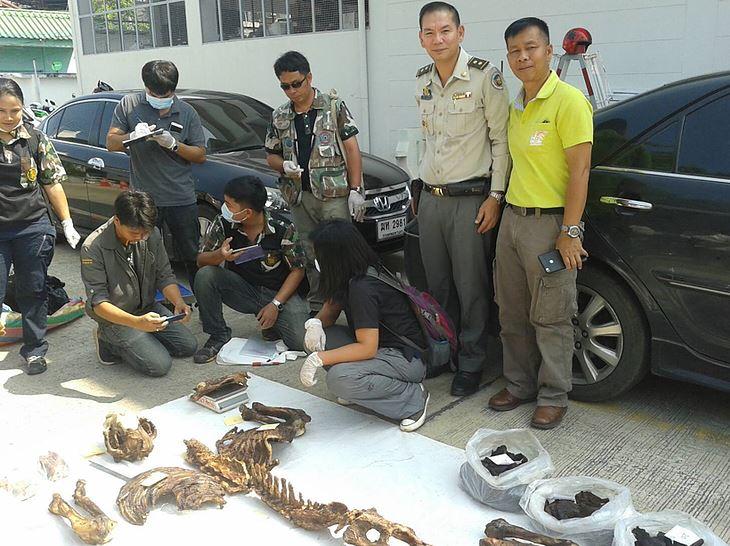