Police chief with coronavirus 'cried like a girl' when family visited

A police chief left fighting for his life with coronavirus ‘cried like a girl’ when his family visited him through a hospital window, he has revealed.

Chief Superintendent Phil Dolby, of West Midlands Police, had been left fighting for his life after being struck down with the killer bug a fortnight ago.

The top cop had spent 13 days in intensive care at Birmingham’s Heartlands Hospital but was taken off a ventilator last week after his condition improved.

Yesterday he shared emotional images on Twitter of the moment his family paid him a visit with a hand-written message saying ‘We all love you.’ 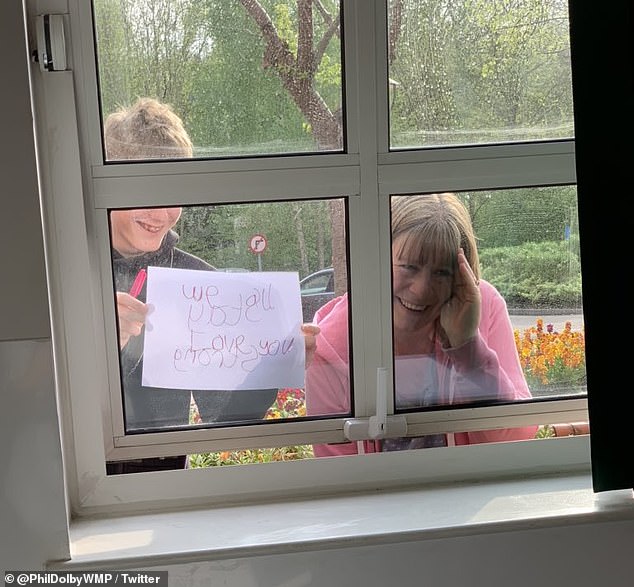 Phil Dolby shared a heartwarming image of his family visiting him in hospital through a window, pictured, where they held up a hand-written message saying ‘we all love you’

He wrote: ‘Had visitors. Cannot come to ward due to COVID19. Staff let them come here via the rear window.

‘We hadn’t been together for 14 days. A boost I really needed. Cried like a girl. As you would expect.’

Ch Supt Dolby had been updating his followers about his condition after falling ill with the virus but went silent on March 29 after he was moved to intensive care.

His final tweet told how he was left feeling frightened due to episodes of ‘breathlessness and dizziness’ on his daughter’s 15th birthday.

Friends and colleagues rallied around the police officer to show their support and family members urged people to say prayers as his condition worsened.

But at the weekend, his force revealed that he was on the road to recovery after being moved from the ICU unit.

West Midlands Police’s Firearms Operations Unit tweeted: ‘After 13 days on a ventilator Phil Dolby has been taken off the ventilator and is awake.

‘The NHS staff have been simply amazing and his family appreciate everyone’s support.

‘He’ll be on CPAP [continuous positive airway pressure machine] for a while, one day at a time.’ 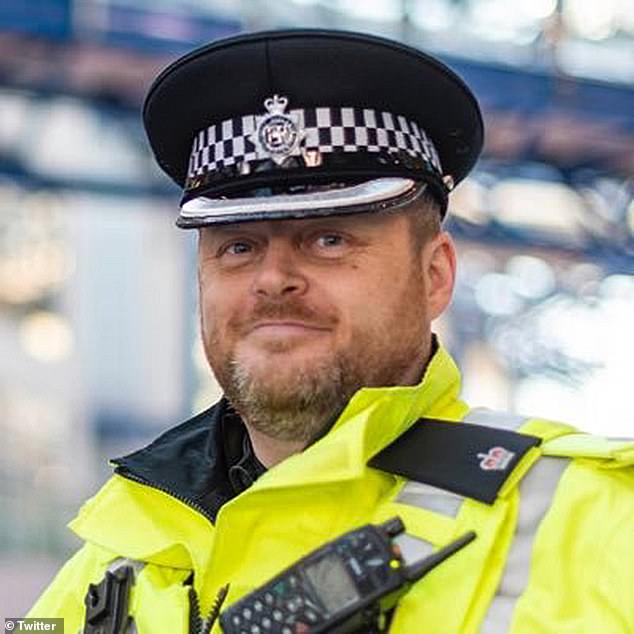 The top cop, pictured, has been inundated with messages from well-wishers on social media

After the officer posted an update of his condition on social media -which was liked more than 12,5000 times – colleagues flocked to wish him well.

West Midlands Police Chief Constable Dave Thompson put: ‘Cried like a man I suspect. One hell of a battle. Great to see you back with us. It lifts us all.’

Chief Superintendent Chris Todd, head of professional standards at the force, said: ‘The tweet we’ve all been waiting for Phil.

‘So good to see you back online yourself; obviously an indication that you’re on the mend.

‘You had us all worried and now you’ve given us all hope. Get well but rest up. See you soon.’

Superintendent Sarah Burton wrote: ‘So pleased and relieved to see you tweeting again, you have a force of people as support for you and your family.

‘Get well soon, your journey will bring hope to others.’

Sgt Karl Pierpoint added: ‘Great to read your tweet Boss! Remember your impact when I was over at Bournville. You will soon be back with your family.’ 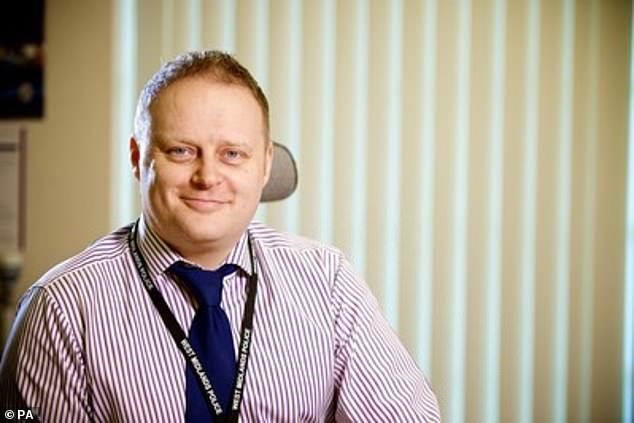 Ch Supt Dolby, pictured, told followers how he had never known an illness as bad as the one he was experiencing

Superintendent Jane Bailey added: ‘So very relieved to hear you are now back on the Ward.

‘We have missed you & been routing for you all the way. Take your time getting well. Love to you & the family Our special thanks to your top @NHS team!’

The officer previously shared stark footage from his hospital bed showing a rare insight into a coronavirus isolation unit as he kept a social media diary of his Covid-19 battle.

His video showed a small cubicle clad with bare white walls, covered only in plastic sheeting and flame retardant materials.

He wrote on the afternoon of March 28: ‘Day 7 – breathing increasingly difficult & worrying. Rang 111 & the Dr was EXCELLENT.

‘Discussed hospital but going to try some steroids first. Had some anxious moments in last 24 hrs. I’ve looked better too! Temp of 37.9 but somehow still feel really cold.’

He later added: ‘Late Day 7. Some frightening episodes of breathlessness and dizziness. 111 called an ambo. Conveyed by @OFFICIALWMAS to hospital.

He said: ‘Day 6 of this horrible virus. Never been ill like this before. Symptoms keep taking it in turns to have primacy for a while. Like a microscopic tag team.

‘Genuinely having spirits lifted by the great work my @WMPolice colleagues are doing + the cakes left on step by @firearmsWMP!’ 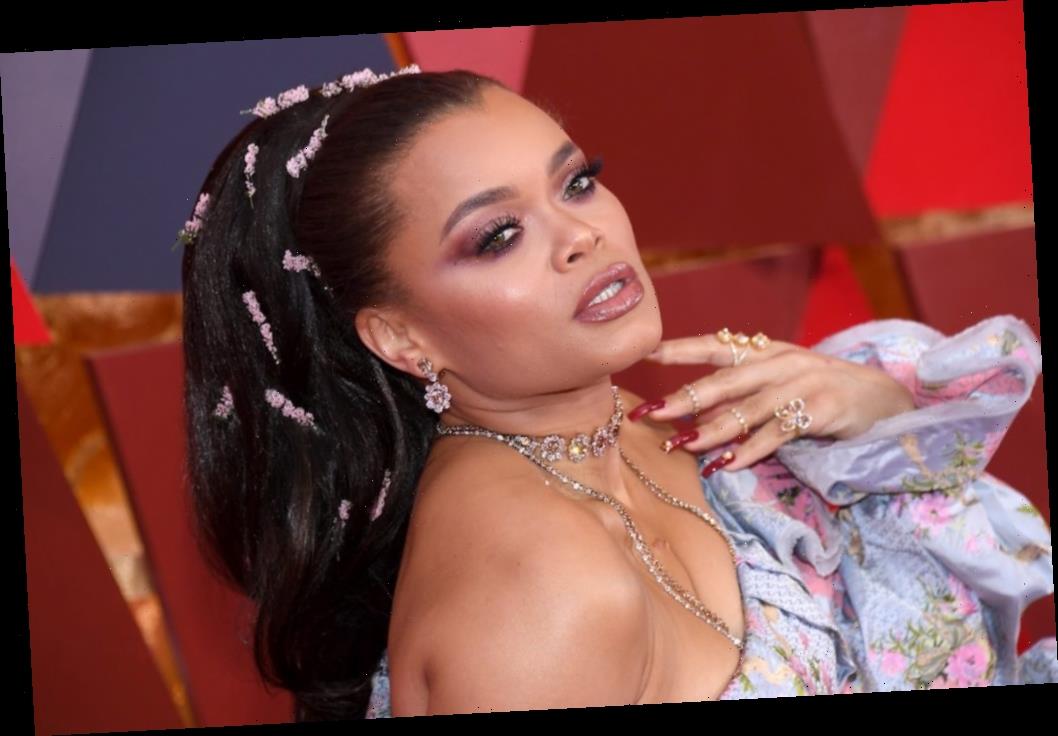