Victoria Police spent $60 million on legal expenses in the past financial year – more than twice the previous year and similar to what the force paid to maintain its entire fleet of vehicles and helicopters.

The blowout represents a 400 per cent increase in legal costs incurred by the force since 2015, when Graham Ashton was first appointed chief commissioner. 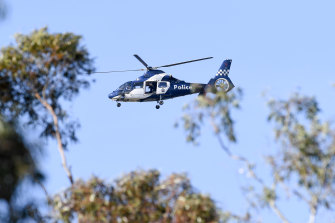 Victoria Police spent more on lawyers than it did on helicoptersCredit:Justin McManus

The legal costs are contained within the Victoria Police 2019-20 annual report, which also reveals that 81 per cent of the community had confidence in the integrity of the force, a figure that fell below its own target of 87 per cent.

The force also failed to reach its crime-fighting targets, with 38 per cent of violent offences solved within 30 days in the past financial year. The report blamed the failure to achieve targets on "increased crime rates and the diversion of Victoria Police resourcing tasked to manage coronavirus (COVID-19) compliance enforcement”.

A Victoria Police spokesman said the $60 million spent over the past financial year covered all legal costs, including the cost of solicitors and barristers for the Royal Commission into the Management of Police Informants and any civil settlements.

Last year, Victoria Police agreed to the state's largest financial settlement for excessive force over the shooting of Dale Ewins and Zita Sukys at a Melbourne nightclub in 2017. 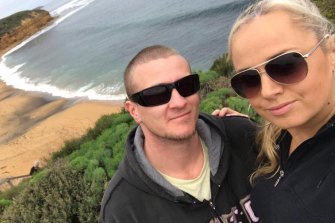 And the force spent more than $1 million in legal fees defending a defamation case against nightclub owner Martha Tsamis, after rejecting a request in 2014 to cover her legal costs of $40,000 and issue an apology.

Police staffing records also reveal the recruitment of more than 100 employees to the force's legal services division over the past two years.

In September 2018 – before the royal commission – Victoria Police employed 510 staff in its legal department, which consisted of 379 sworn officers and 131 unsworn public servants. 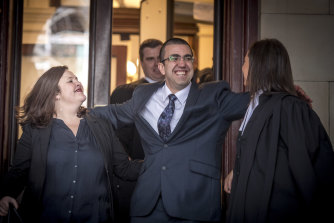 The force's soaring legal bill is expected to continue this financial year, with police making an allowance for more than $42 million in estimated legal expenses for 2020/21 as it braces for the financial fallout from the royal commission.

They could be forced to pay as much as $10 million to Faruk Orman, who was acquitted in July after what the Court of Appeal determined was a serious miscarriage of justice.

After serving 12 years behind bars over the 2002 gangland murder of Victor Peirce, Mr Orman's conviction was the first to be overturned in what has become known as the Informer 3838 scandal.

Others are expected to follow and will undoubtedly seek compensation through the courts.

The royal commission identified more than 1200 people whose cases may have been affected by Victoria Police’s use of Nicola Gobbo as a human source from 1997 to 2010, including drug kingpin Tony Mokbel.

Former Mokbel lieutenant, Zlate "Steve" Cvetanovski, could have his drug conviction quashed as early as Friday, after prosecutors conceded his case had been tainted by the actions of Victoria Police.

Victoria Police's bulging legal bill does not include the vast amounts of taxpayer money spent on Ms Gobbo's legal fees, which were covered by the state government to ensure the former barrister co-operated with the royal commission.

Documents obtained by The Age through freedom of information showed $1.6 million was spent by the Department of Justice to underwrite her top-flight legal team.