VATICAN CITY (Reuters) – Pope Francis accused U.S. bishops on Thursday of failing to show unity in the face of a sexual abuse crisis, saying internal bickering had to end over a scandal that has shredded the Church’s credibility. 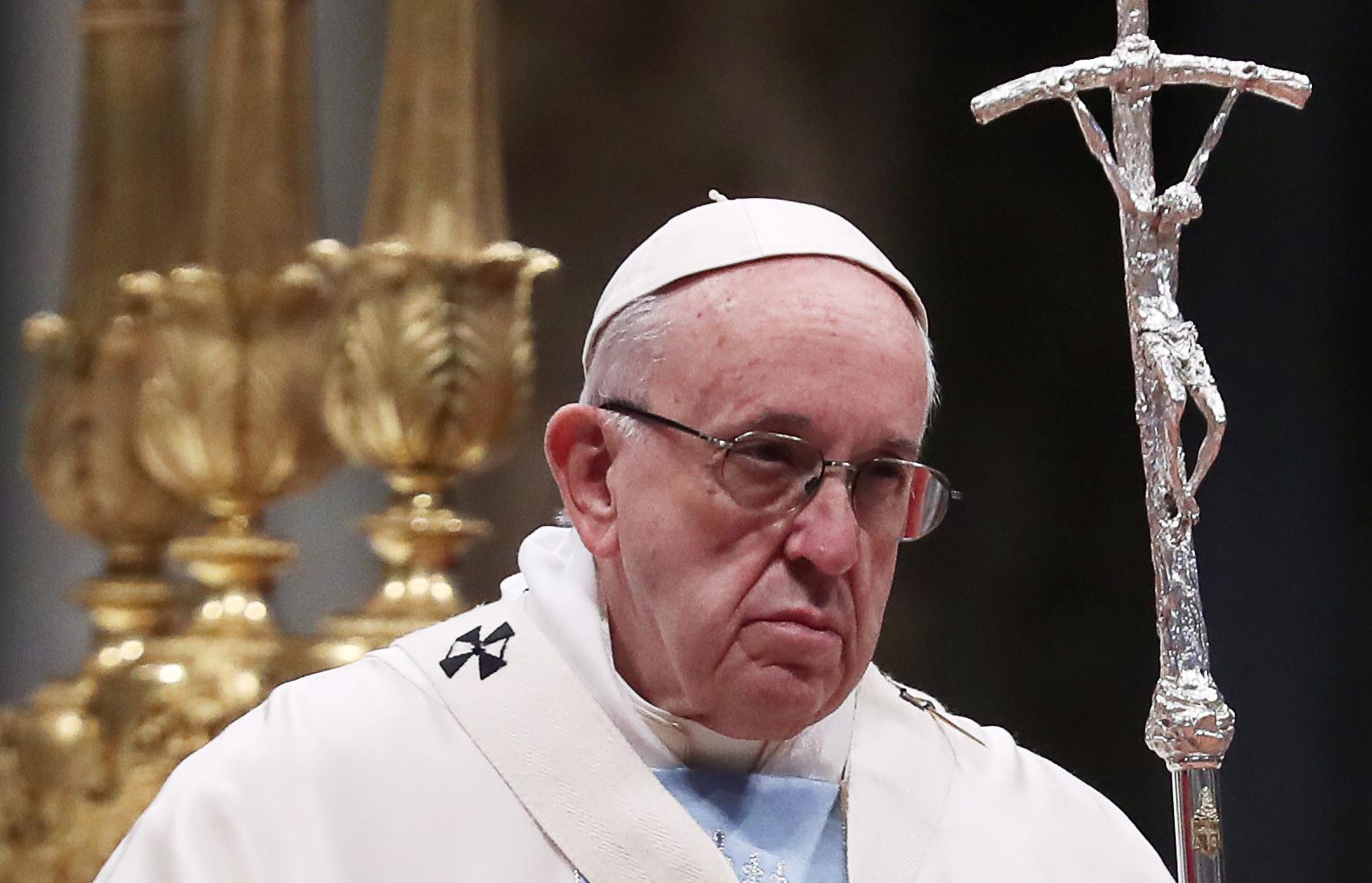 In a long and highly unusual letter sent to U.S. bishops as they embarked on a week-long retreat, Francis said the handling of the scandal showed the urgent need for a new approach to management and mindset within the Roman Catholic Church.

“God’s faithful people and the Church’s mission continue to suffer greatly as a result of abuses of power and conscience and sexual abuse, and the poor way that they were handled,” the pope wrote, adding that bishops had “concentrated more on pointing fingers than on seeking paths of reconciliation”.

Pope Francis has summoned the heads of some 110 national Catholic bishops’ conferences and dozens of experts and leaders of religious orders to the Vatican on Feb. 21-24 for an extraordinary gathering dedicated to the now global crisis.

Victims of clergy sexual abuse are hoping that the meeting will finally come up with a clear policy to make bishops themselves accountable for the mishandling of abuse cases.

Ahead of that encounter, U.S. bishops gathered on Wednesday near Chicago for seven days of prayer and spiritual reflection.

“The Church’s credibility has been seriously undercut and diminished by these sins and crimes, but even more by the efforts made to deny or conceal them,” Francis said.

The pope said he was so concerned by the situation that he had hoped to attend the retreat in person, but added that he had been unable to do so “for logistical reasons”. However, he sent his own preacher, Raniero Cantalamessa, to lead proceedings.

The U.S. Church is still reeling from a grand jury report last year that found that 301 priests in the state of Pennsylvania had sexually abused minors over a 70-year period. Other U.S. states have launched investigations of their own.

“The hurt caused by these sins and crimes has also deeply affected the communion of bishops, and generated not the sort of healthy and necessary disagreements and tensions found in any living body, but rather division and dispersion,” the pope said.

Critics accuse Francis, who became pontiff in 2013, of responding much too slowly to the sex scandals, of failing to empathize with the victims and of blindly believing the word of his fellow clergy.

But in 2018 he tried to address past wrongs, publicly admitting he was wrong about a case in Chile and vowing that the Church would never again seek to cover up such wrongdoing.

In July, he accepted the resignation of Cardinal Theodore McCarrick, one of the U.S. Church’s most prominent figures, following allegations he had sexually abused a 16-year-old boy, while in October, Cardinal Donald Wuerl, the archbishop of Washington D.C., stepped down over his handling of abuse cases.

“Combating the culture of abuse, the loss of credibility, the resulting bewilderment and confusion, and the discrediting of our mission urgently demands of us a renewed and decisive approach to resolving conflicts,” the pope wrote on Thursday.

“This requires not only a new approach to management, but also a change in our mindset.”