Hartford: A porch collapsed at a Connecticut home, sending over a dozen people to the hospital.

Approximately 20 people were on a second-floor balcony in Hartford on Saturday night when the floor gave way. 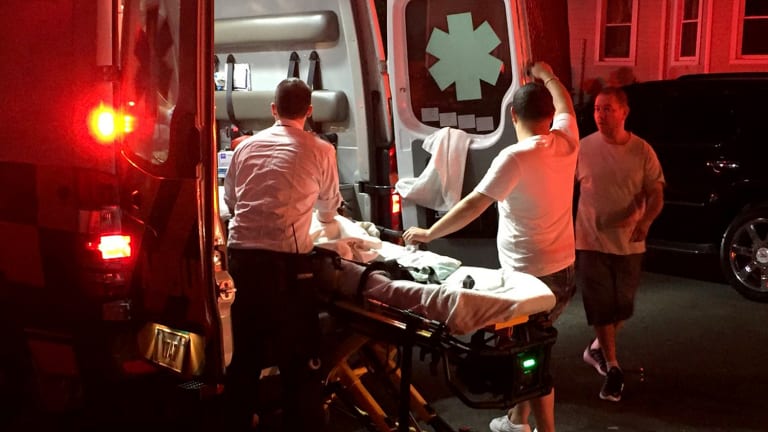 An ambulance paramedic cares for an infant injured in a porch collapse in Hartford, Connecticut.

Hartford police said 15 people were taken to Hartford Hospital with injuries that are not life-threatening.

Among the injured were infants and young children.

Witnesses told The Hartford Courant the gathering was a party celebrating the birth of two babies.

Jeisnely Vasquez was at the party and about to step on the porch when she saw it give way. "Before I stepped out, it started to fall and I went back," she said.

First-floor resident Carlos DeJesus heard a thud and saw people and infants on the lawn. "I'm still in shock," he said.

Police said some had head injuries and lacerations. Some have left the hospital since Saturday night. A Hartford fire official told NBC Connecticut one of the first patients transported to the hospital was an infant.

Personnel from the Fire Marshal's Office and Hartford Licenses and Inspection deemed the structure to be habitable following an inspection. The cause of the collapse is under investigation.