The Duke and Duchess of Sussex have been living in the upscale California community for six weeks since early July.

Their neighbours now include close friends Ellen DeGeneres, 62, as well as Oprah Winfrey, 66, who also have multi-million-pound properties there, as well as Ashton Kutcher and Mila Kunis.

Film directors and screenwriters are also known to favour the community – nicknamed Beverly Hills North – due to its proximity to Hollywood and LA.

Santa Barbara also has a bi-weekly Woke Men groups for people to get in touch with their feelings.

Royal insiders said Prince Charles had contributed money to his son to help him secure the property for his family.

A source said: ‘Charles had been keen to help out and put his hand in his own pocket to assist.

‘He is devoted to both his sons and any time he can assist them he always will’. Clarence House declined to comment.

At their peak Harry and Meghan’s combined wealth had been estimated to be worth around £33 million.

He was estimated to have earned as much as £700,000 to speak at a star-studded JP Morgan summit in Miami in February.

But after stepping down from the Royal Family in January they agreed to pay £18,000 a month to repay £2.4million used to refurbish and renovate their previous Frogmore Cottage residence.

And papers for their now in liquidation Sussex Royal Foundation also showed it was owed £200,000 from an unknown source. 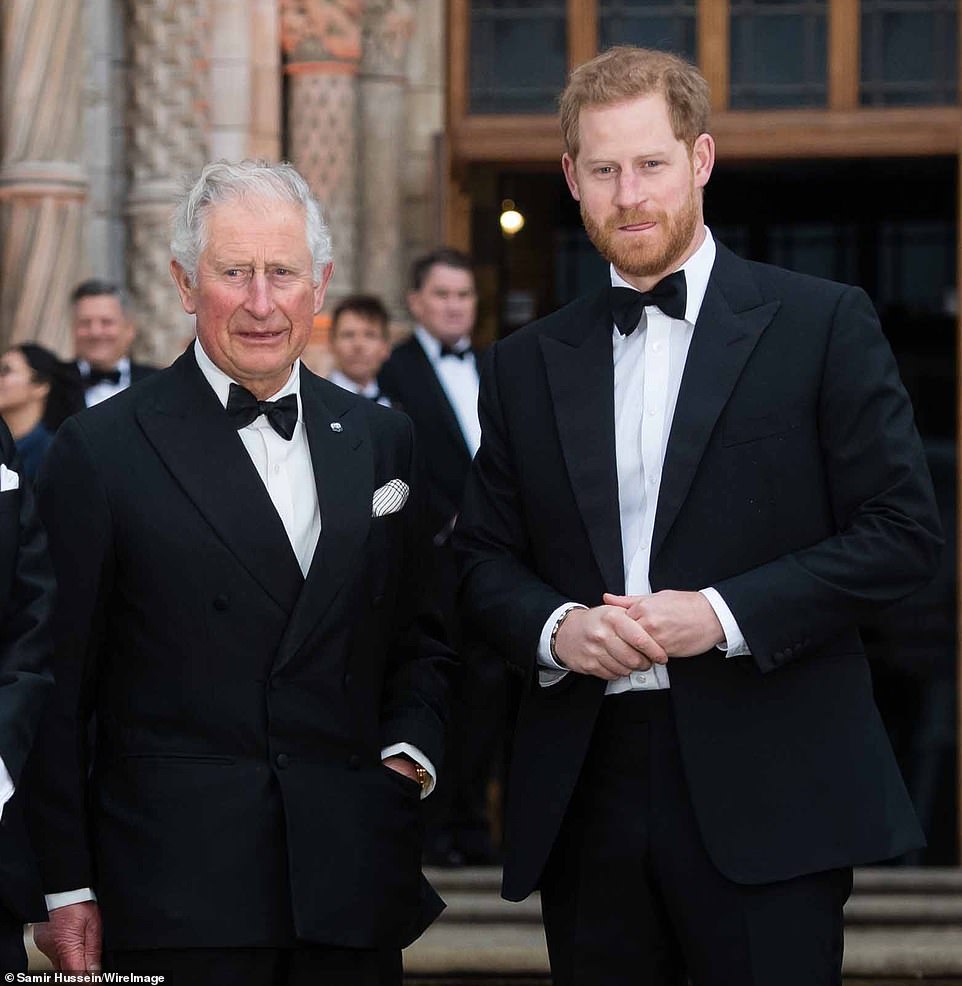 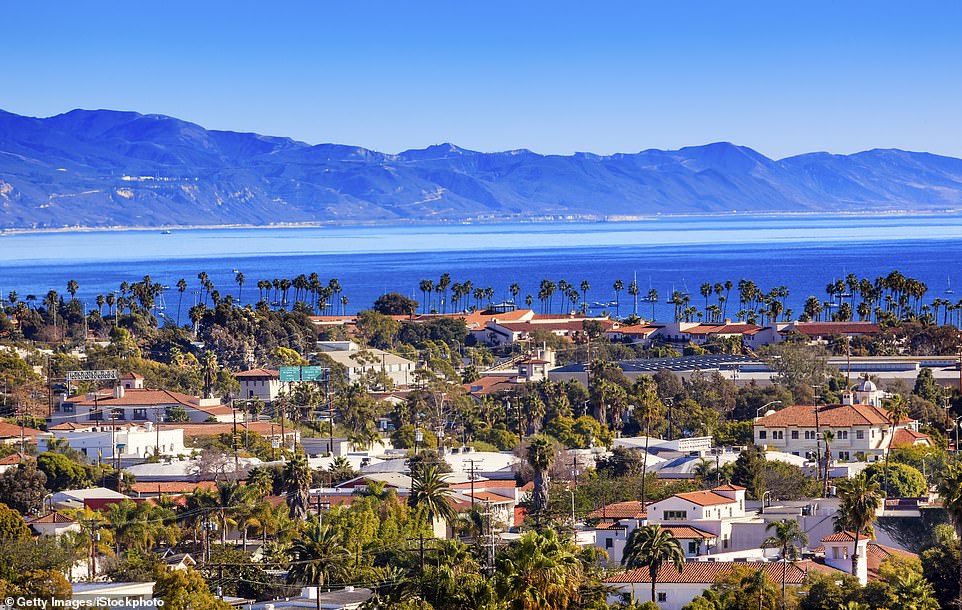 News of the couple’s new home were revealed last night, surprising fans of the couple who had no idea they had left Beverly Hills.

A source said: ‘Harry and Meghan have been quietly living in their own home in Santa Barbara since early July.

‘They are not houseguests of Oprah or anyone else, they bought this home themselves. This is where they want to continue their lives after leaving the UK.

‘This is the first home either of them has ever owned. It has been a very special time for them as a couple and as a family — to have complete privacy for six weeks since they moved in.

‘They intend to put down their roots in this house and the quiet community, which has considerable privacy. This is where they want to bring Archie up, where they hope he can have as normal a life as possible.’ 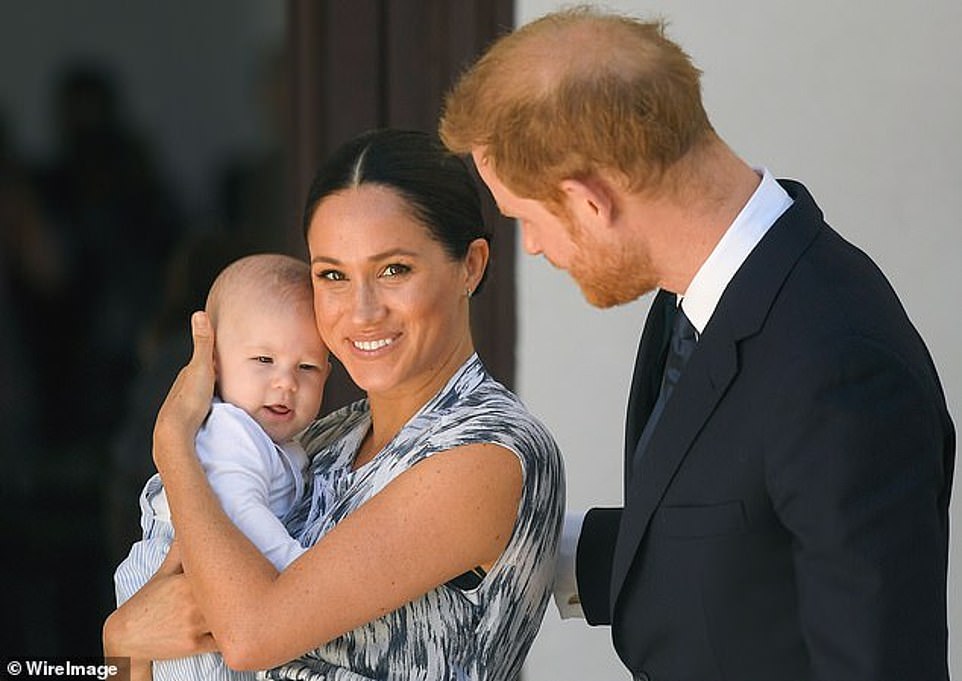 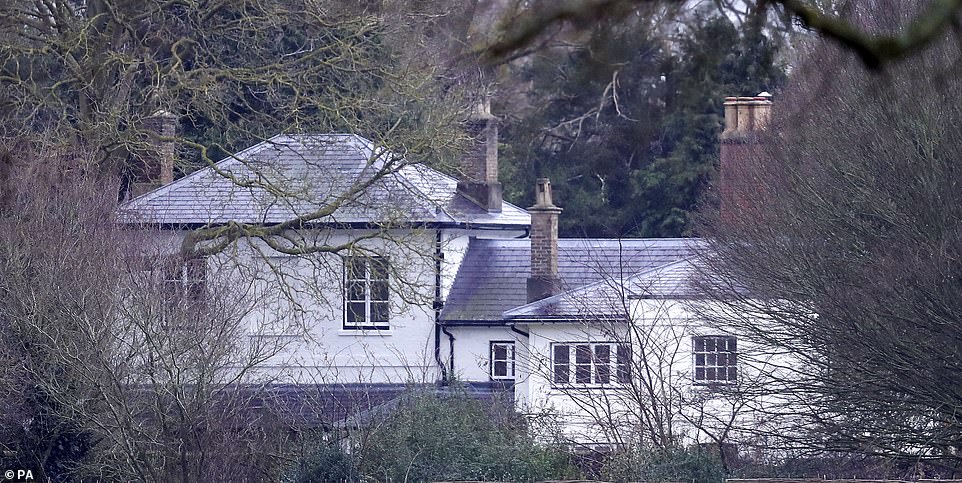 Their new home is a far cry from their previous Frogmore Cottage base, for which they are still paying £18,000 a month

Santa Barbara – sometimes jokingly called Beverly Hills North – is well-known as a draw for the rich and famous and has seen huge celebrities set up home there.

Its Montecito area is nicknamed the ‘American Riviera’ due to its beauty and has the largest pull for famous names.

The district is popular because it is near to LA and Hollywood, meaning that directors, screenwriters and producers live there.

Santa Barbara also hosts a Woke Men meet-up twice every month for them to explore and explain their feelings.

Mayor Cathy Murillo said in 2011: ‘I consider all the residents of Santa Barbara my neighbors.

‘I care about your family, your neighborhood, your prosperity, and your safety.’

Little details are known about the home, but the source told Page Six the couple have vetted the property.

‘They have thought about this carefully and researched it well. This is the place where they plan to be happy, make good friends and bring up Archie, giving him the chance to play with other children his age,’ the insider added.

Most properties in Santa Barbara cost between £1.5million and £15million according to estate agents in the US.

Oprah’s property is worth $100million (£76.6million) and has been nicknamed by her as her ‘promised land’, while Ellen and wife Portia de Rossi’s home is worth $27million (£20.7million).

Star Wars creator and director George Lucas has a $28million (£21.4million) house, while Gwyneth Paltrow bought there for $4.9million (£3.8million).

Actor Rob Lowe has got a property in Santa Barbara worth $47million (£36million), while Ashton Kutcher and Mila Kunis have got a $10million (£7.6million) beach home in the area.

Perry is close friends with Oprah, who lives just a few miles away from where the couple now reside. He is also represented by some of the same people representing the couple.

‘While it was a nice favor to them at a very difficult time, Tyler Perry’s house with 18 bedrooms isn’t Harry’s style. Yes, he grew up in royalty and the halls of Buckingham Palace, but he prefers more intimate homes with character,’ the source said. 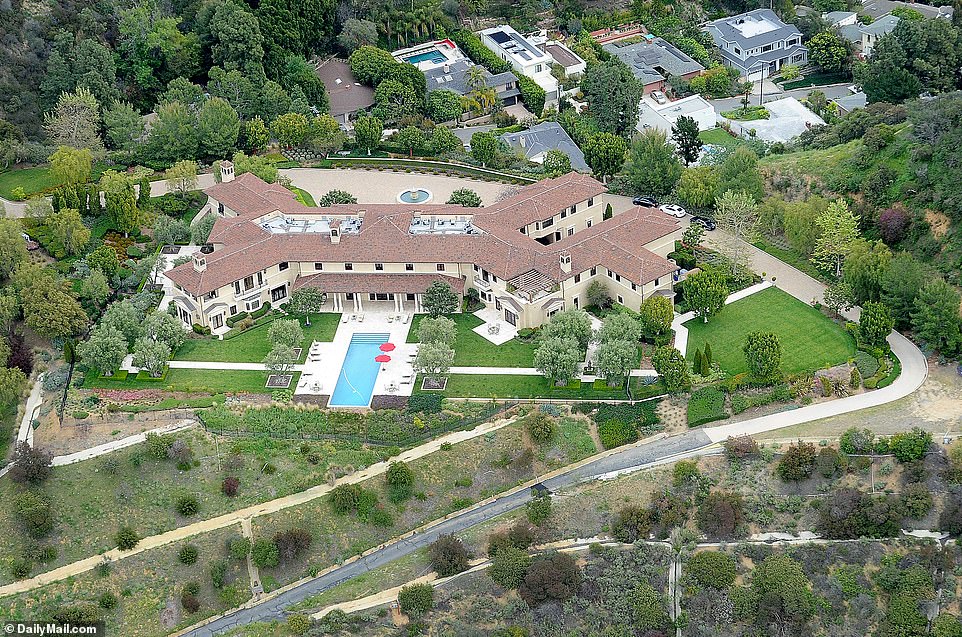 Harry and Meghan had been staying at Tyler Perry’s $18million, 12-bedroom, eight-bathroom Beverly Hills mansion for the last few months 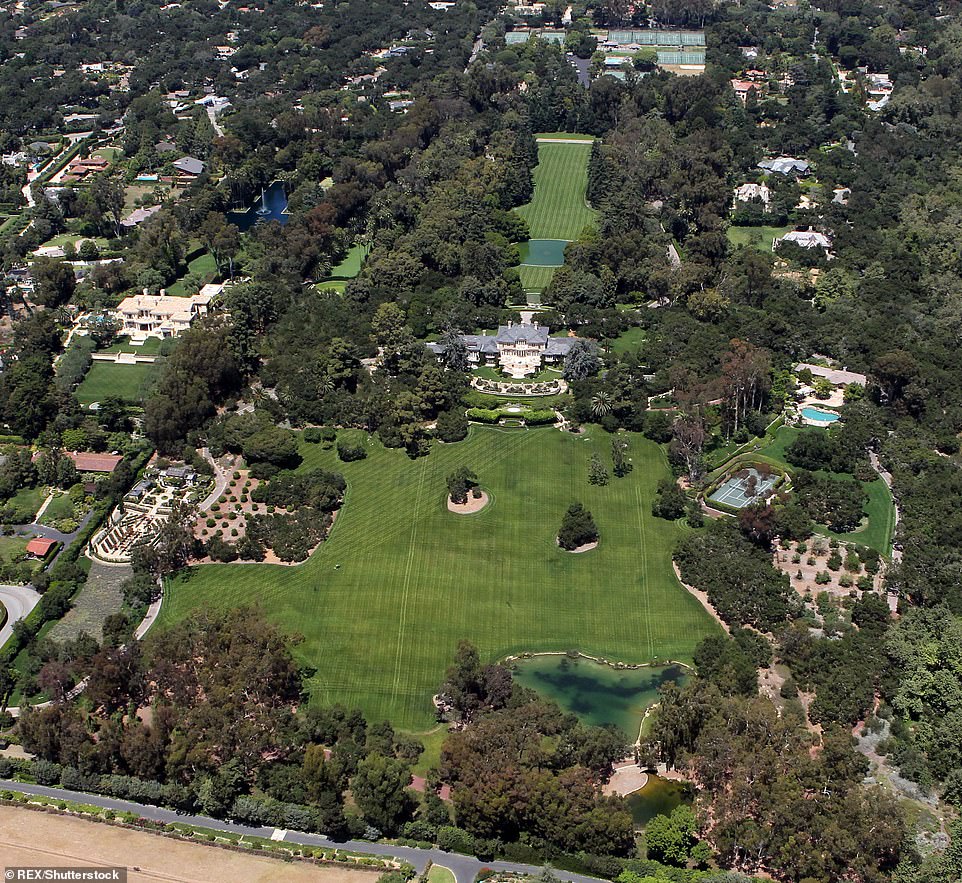 The couple have taken legal action against numerous paparazzi agencies after Archie was pictured with Meghan’s mother Doria Ragland in a driveway at the house.

‘Harry and Meghan are both very upset by this breach of privacy, but that wasn’t the reason they left Los Angeles. They were already in the process of buying their home in Santa Barbara.

‘Harry and Meghan never intended to make Los Angeles their home. It was a good place for them to be upon their arrival in the US to be close to Meghan’s mother,’ the source shared.

A spokesperson for the couple confirmed that they have moved to the new home.

‘The Duke and Duchess of Sussex moved into their family home in July of this year. They have settled into the quiet privacy of their community since their arrival and hope that this will be respected for their neighbours, as well as for them as a family,’ the source said.