Priti Patel to launch review into sentencing for killing police

Lissie Harper has campaigned for a new law meaning those who kill emergency workers are jailed for life.

And the Home Secretary is said to be ‘fully supportive’ of calls for tougher jail terms.

Mrs Harper and the Police Federation have demanded ‘Harper’s Law’ in memory of the 28-year-old PC who was killed by a gang of three teenage thieves last year.

Justice Secretary Robert Buckland will also join the highlevel meeting at the Home Office this morning.

And sources said once ministers had listened to Mrs Harper, they will commission a review into judges’ sentencing powers. 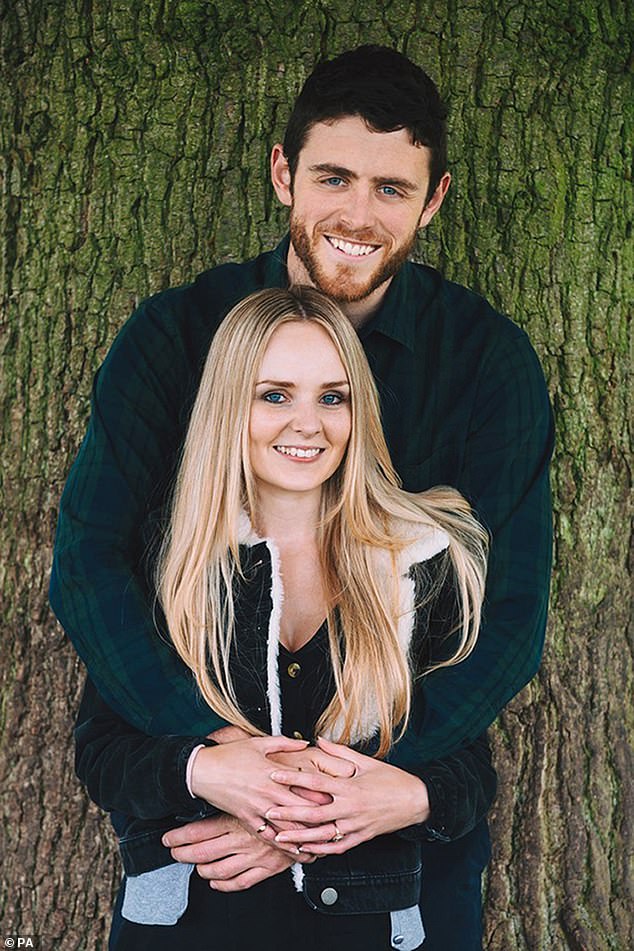 Lissie Harper has campaigned for harsher sentences for criminals who kill emergency workers, following the death of her husband PC Andrew Harper

‘Priti attended PC Harper’s funeral as one of her first acts in this role and she is pretty scarred by the whole thing,’ said a Home Office source.

‘Ministers are going to officially review sentencing for killing a police officer and looking very carefully at the proposals put forward by Mrs Harper.

‘The Home Secretary is fully supportive of their cause and stands fully behind Mrs Harper.’

Mrs Harper yesterday clarified what the law would entail. 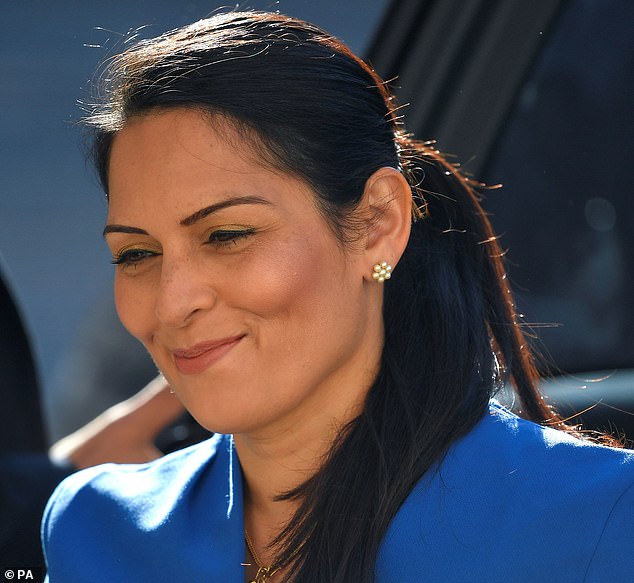 She wrote: ‘Harper’s Law will be a law which will mean that a person found guilty of killing a police officer, firefighter, nurse, doctor, paramedic or prison officer as a direct result of a crime they have committed then they would be jailed for life.

‘This means that a life sentence would be imposed, asking for a minimum term in prison. Harper’s Law is not asking for whole life orders.’

She added she was driven ‘by the heinous killing of my brave husband and the safety of his colleagues in the future’.

Last week the Daily Mail revealed the taxpayer footed the £465,769 legal aid bill for the gang which killed PC Harper by dragging him behind a car.

Long applied for permission to appeal against his 16-year prison sentence last week. He admitted manslaughter but was cleared of murder.

Cole and Bowers had already lodged applications seeking permission to challenge their manslaughter convictions and their 13-year prison sentences.

Separately, the jail terms given to all three have already been referred to the Court of Appeal by the Attorney General for judges to decide whether they were too lenient.

They will all have to serve at least two-thirds of their sentence in jail before they are eligible for release.

This means Long could be out in just ten years and eight months and the two others could be freed in as little as eight and a-half years.

The Harpers wed just a month before the Thames Valley Police officer was killed after responding to an emergency call in Berkshire last year.