Puerto Rico governor says will not seek re-election, but refuses to resign over chats

(Reuters) – Puerto Rico’s governor said on Sunday he would not seek re-election next year but refused to step down after nine days of sometimes violent protests demanding his resignation over vulgar chat messages. 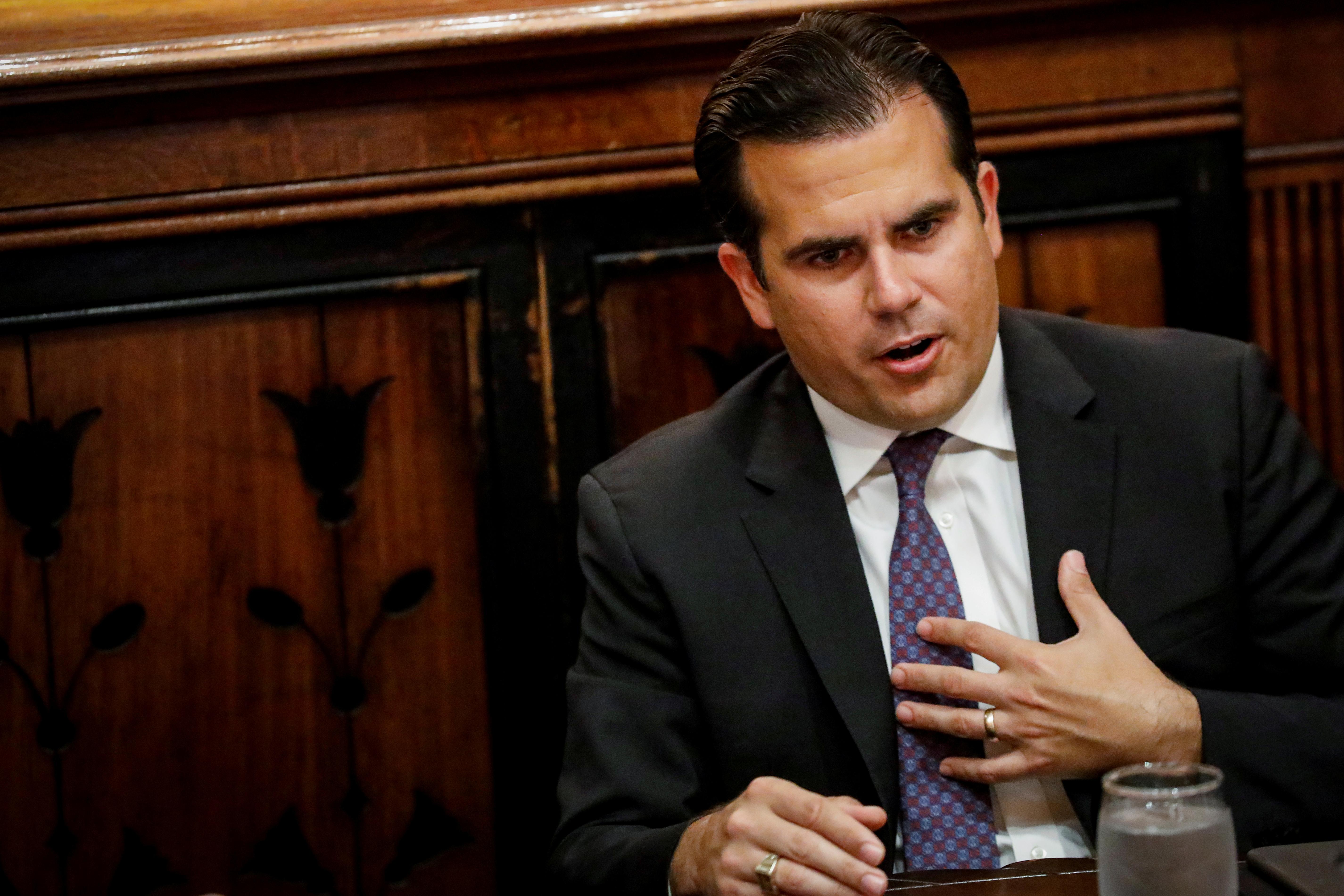 A day before a planned general strike and more demonstrations in the U.S. island territory, Ricardo Rossello said he respected the wishes of Puerto Ricans and would not run for another term in the November 2020 elections.

He also said he would resign as head of the New Progressive Party (PNP) but would remain as governor until the end of his term in January, 2021.

“I know that apologizing is not enough. It is only my work that will help restore the confidence of those sectors on the way to true reconciliation,” Rossello said in a Facebook Live video.

It remained to be seen whether Rossello’s actions would satisfy Puerto Ricans demanding his resignation.

The profanity-laced and vulgar messages published July 13 have unleashed simmering resentment over his handling of devastating 2017 hurricanes, alleged corruption in his administration and the island’s weak recovery from bankruptcy.

Rossello’s decision not to resign was met with outrage on Twitter, where Puerto Ricans vowed to take to the streets on Monday to demand he quit.

“‘#Resign Ricky isn’t just a call for him to resign from the party, but from his seat as the top official,” tweeted Linda Michelle, an industrial engineer and Puerto Rico radio personality. “Whoever wasn’t sure about going to the march tomorrow has now made up their mind to go.”

Puerto Rico Senate President Thomas Rivera Schatz, a PNP legislator, said Rossello’s actions “put an end to part of the controversies and trauma hitting our people” but said his ruling party now had to rebuild confidence in their leadership.

In the online chats published on July 13, the center-right governor and his top allies referred to politicians, celebrities and ordinary Puerto Ricans in misogynistic, homophobic and vulgar terms.

The speaker of Puerto Rico’s house of representatives set up an independent panel on Friday to investigate whether the chats warranted impeachment. He gave the panel 10 days to deliver its findings.

“I have to respect the constitutional order and welcome the process started by the legislative assembly, which I will confront with all truth and force in a responsible way,” Rossello said in the video.

Puerto Rico’s non-voting representative to the U.S. Congress, Democratic presidential candidates and some Republican lawmakers have called for him to step down over the leaked messages.