Punters inspired to invest in crypto assets on the back of celebrity endorsements must be prepared to ‘lose the entire amount’, a market watchdog has warned, adding that there’s no chance for compensation.

It comes after an array of Hollywood stars, including Matt Damon, Reese Witherspoon and Gwyneth Paltrow, have promoted a host of cryptocurrencies over the past year.

But according to analysis by The Times, those who took their advice would have seen the value of their investments plummet in the months since.

There are now more than 2.3million crypto investors based in the UK, according to official figures from last year, but the real number is likely much higher.

Nikhil Rathi, chief executive of the Financial Conduct Authority, the City regulator, told the Times: ‘The value of many crypto assets is exceptionally volatile. If you are considering putting any of your money into these products, you need to be ready to lose the entire amount.

‘We need to be quite clear that there won’t be compensation available for losses. It wouldn’t be reasonable for healthy financial firms and their consumers to be paying for losses from these assets.’ 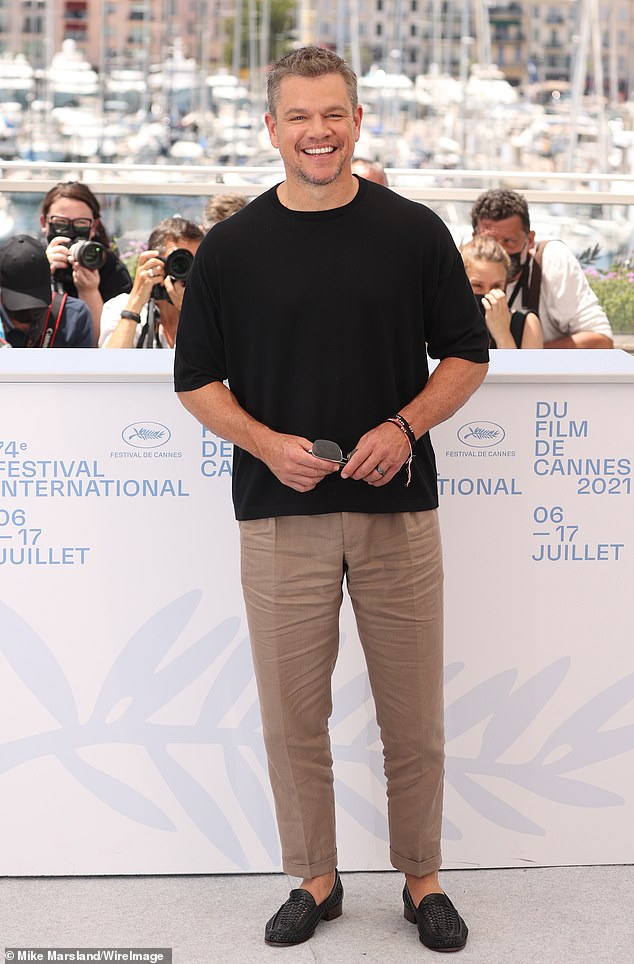 Matt Damon (pictured in July 2021 at the Cannes Film Festival) told his Twitter following in a video ad for Crypto.com that ‘Fortune favours the brave’ – but those who have invested would have seen a loss of 50 per cent on their investment

During the pandemic, interest in cryptocurrencies boomed with the market having blown up in size from around $780billion (£624billion) at the start of 2021 to around $1.23trillion (£984billion) in 2022.

But only last week, the world’s second largest cryptocurrency Ethereum joined the ‘crypto winter’ which saw digital currencies crash, losing investors billions and fuelling fears that it is the starting point of a wider stock market crash.

Cryptocurrencies are a form of digital money that use mathematics to create a unique piece of code that customers invest in.

Bitcoin was the original digital currency started in 2009 to bypass central banks, and an increasing number of offshoot currencies have been founded in recent years as well as digital art called non-fungible tokens.

They have all been sharply decreasing in value over the past week including one currency which lost 98 per cent of its value as fears for the global economy spread and investors start to sell off risky assets.

Gwyneth Paltrow (pictured) promoted Bitcoin on Twitter in December last year as part of a paid promotion for Cash App, a US money transfer app. Times analysis would suggest those who invested in Bitcoin would have seen their investment lose 35 per cent

More than $200billion (£160million) was wiped off the cryptocurrency market on 12 May alone.

The Financial Conduct Authority said was that it was hard to curb the public’s enthusiasm for high-risk cryptocurrencies: ‘With celebrities as varied as Kim Kardashian and Larry David willing to take money to promote speculative crypto, how do we curb people’s enthusiasm to do something that may seriously harm their financial lives?’

Matt Damon told his Twitter following in a video ad for Crypto.com that ‘Fortune favours the brave’ – but those who have invested would have seen a loss of 50 per cent on their investment.

Gwyneth Paltrow promoted Bitcoin on Twitter in December last year as part of a paid promotion for Cash App, a US money transfer app. Times analysis would suggest those who invested in Bitcoin would have seen their investment lose 35 per cent.

Reese Witherspoon told her Twitter following that ‘Crypto is here to stay’ – but the markets have fallen by 44 per cent.

Kim Kardashian is being faced with legal action by investors who have sued against the celebrity for advertising the crypto currency EthereumMax, which is allegedly a scam. It has scrashed by 97 per cent since she promoted it to her Instagram following of over 250million.

Other types of crypto assets, called Non Fungible Tokens (NFTs), which are digital certificates in the form of a piece of art, video or music, have been flogged by celebrities, including footballer Paul Pogba who promoted Cryptodragon NFTs. They have declined by 87 per cent on average.