Qatar’s Copa America team has the chance to upset Lionel Messi’s Argentina, which has only one point from two games. 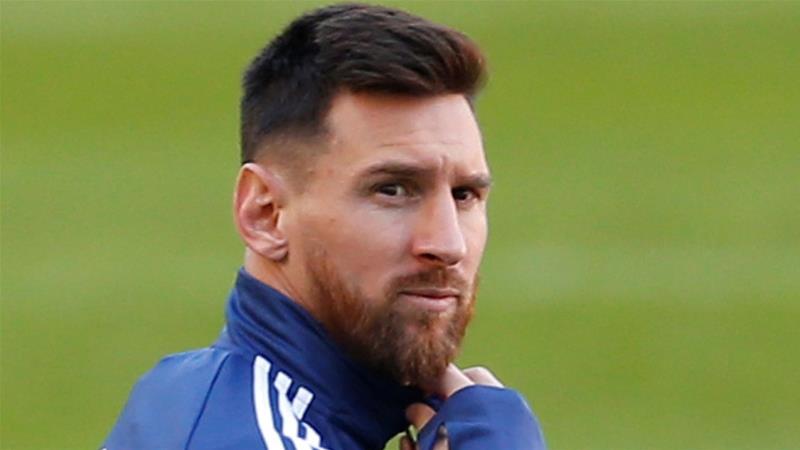 Copa America guest teams Japan and Qatar are still in contention as the last round of group stage matches begins, and some of their South American opponents are not too pleased.

Qatar and Japan, who met in the Asian Cup final in February, are in third place in their groups. The top two in each of the three groups qualifies for the quarterfinals but only the two best third-place finishers advance.

If winless Argentina is prematurely eliminated, Group B rival Qatar could be responsible after being given entry to the Copa America to help preparations for the 2022 World Cup.

Asian champion Qatar has so far drawn with Paraguay 2-2 and lost to Colombia 1-0.

“We have come to compete, not to take pictures, even if we admire the players of the teams we are facing,” Qatar’s Spanish coach Felix Sanchez said on Saturday.

“Our main goal is to evaluate ourselves in a tournament of this calibre, so demanding.”

Sanchez’s team on Sunday has the chance to upset Lionel Messi’s Argentina, which has only one point from two games.

“It would be beautiful to qualify no matter if it is against a monster like Argentina,” said Sanchez, whose contract was extended until 2022 after winning the Asian Cup. “It will be a great step, even though we know they are also trying to advance to the next stage.”

‘Only for South American teams’

The Qataris have already been invited to return to next year’s Copa, which is being hosted by Colombia and Argentina. Australia will be another guest side.

Japan has brought an under-23 team to Brazil that is being groomed for the Tokyo Olympics next year.

Japan was thrashed by Chile 4-0 but held favourite Uruguay to 2-2 after leading twice.

On Monday, the young Japanese can eliminate Ecuador to advance and, depending on other results, possibly face host Brazil in the quarterfinals on Thursday.

“I do not agree that a guest like Japan gives due importance to its participation by coming with players that are mostly under 23,” Dudamel said Saturday after Venezuela beat Bolivia 3-1 and qualified to the quarterfinals of Copa America.

“I raise my voice and say Copa America needs to be only for South American teams,” he added. “We have not seen South American teams be invited to the African Cup of Nations, tournaments in Europe… We have to respect the hierarchy that we have historically built.”

There is nothing unusual about guest teams being invited to the Copa America.

Mexico, Costa Rica, United States, Jamaica, Honduras, Panama, Canada and Japan have all played past tournaments. Mexico had the best result among those, reaching the final in 1993 and in 2001.

Still, Paraguay coach Eduardo Berizzo said he does not like the idea of teams outside of the Americas being given slots.

“We are few countries in South America to organize a tournament with 10 teams, even more so with four phases like in a World Cup,” Tabarez said.