A race against time has begun to save for the nation a £2million watch made for George III.

One of fewer than ten watches with a tourbillon mechanism made by Prussian master horologist Abraham-Louis Breguet known to exist, it was put up for sale by a private owner – and a foreign buyer wants it. 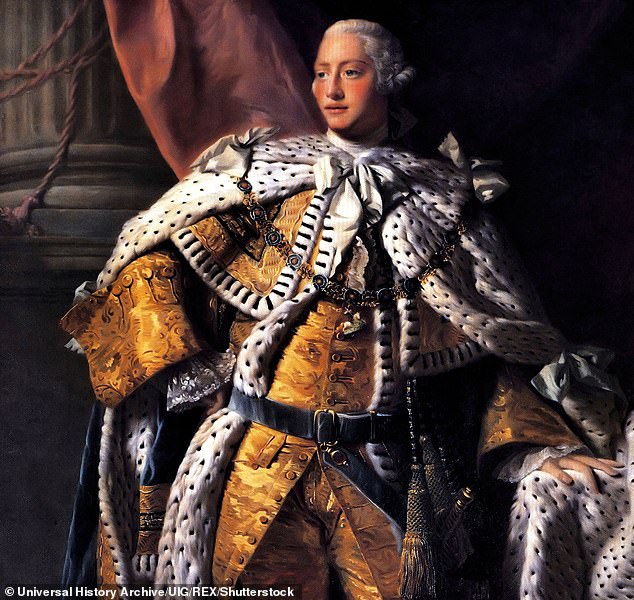 But culture minister Caroline Dinenage has placed a temporary export bar on the gold watch.

She said: ‘I hope that a [British] buyer can be found so that the public can continue to be inspired by this exciting period of our history.’

The tourbillon mechanism stabilises and protects the hands from being disturbed by daily use and the effects of gravity.

The king was a keen watch collector, and The Royal Collection holds manuscripts written in his hand in which he details the procedure for assembling them.

Documents issued by the Breguet firm show the watch was issued to their agent in London, Recordon, for George III. Breguet sold 35 tourbillon watches between 1805 and 1823. 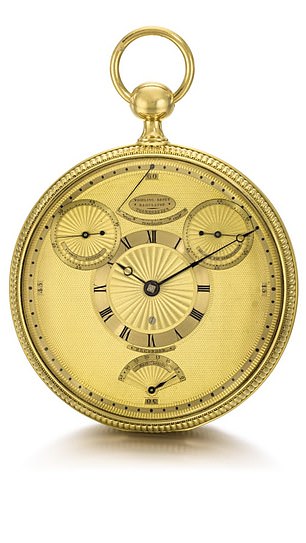 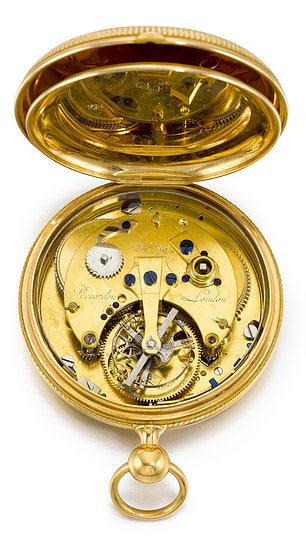 The export bar was imposed following guidance from an advisory committee on objects of cultural interest.

Member Pippa Shirley said: ‘This watch is a tour-de-force of the art of horology. Its loss from Britain would be a misfortune.’ The watch also includes a thermometer and a state of wind indicator.

The decision on the export licence application for the watch will be deferred until April 28 this year, and may be extended until September if a serious intention to raise funds to purchase it is made at the recommended price.