Reality star told police her lips were ‘too big’ for breathalyser

POUT of order! Beautician star of Ex On the Beach, 20, stunned police by saying her collagen-bloated lips were ‘too BIG’ to blow into a breathalyser when she was caught drink driving

A drink-driving beautician tried to claim her surgically enhanced lips were too big to blow into a breathalyser.

Scarlett Harrison – who once appeared on reality TV show Ex On The Beach – was approached by police in Manchester city centre in June when her white Mini One was spotted parked in a taxi rank.

The 20-year-old failed a roadside breath test but, after being taken back to a police station for a further test, she said she couldn’t blow into an intoximeter machine because ‘my lips are too big.’

Harrison initially tried to claim ‘medical reasons’ for not blowing into the machine, but this week admitted failing to provide a breath sample and was banned from the road for 16 months. 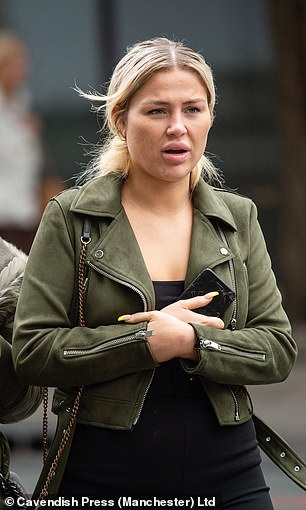 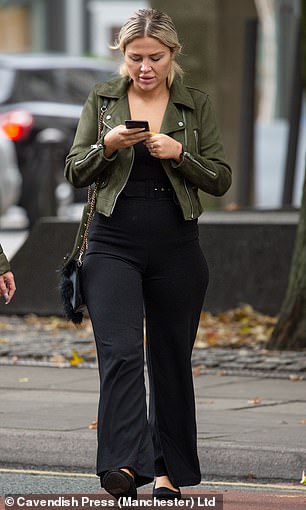 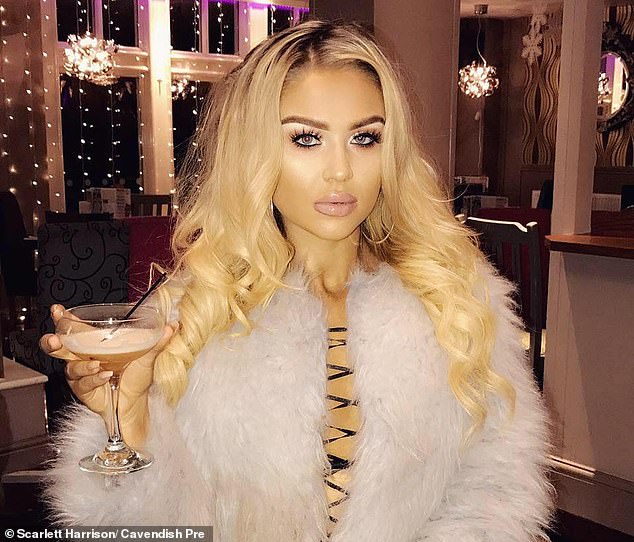 Manchester magistrates court heard Harrison, from Bramhall in Cheshire, was pulled over near Manchester’s Piccadilly railway station after she had a row with a male friend she had been drinking with.

Prosecutor Neil White said: ‘When the officers went over to speak to her, they could smell alcohol on her breath and so conducted a roadside breath test.

‘She was over the limit so she was taken to the police station. At the station, they informed her about going through to the intoximeter room and proceeded to discuss the demeanour of the defendant and how she now felt.

‘She tried to go through with it and attempted to blow four times… when asked by the police officer if there was any reason why she couldn’t provide a sample, she said her lips were too big and she couldn’t blow into it.

‘They asked if she had any medical conditions or health conditions that could stop her doing so and she said: ‘No, just my lips’.’

Harrison’s defence lawyer Matthew Wallace said she’d had ‘a couple of pink gins’ but couldn’t give a sample at the station because she felt ‘anxious’ when officers were ‘abrupt’ with her. 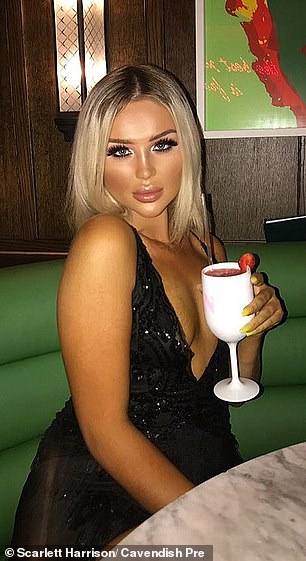 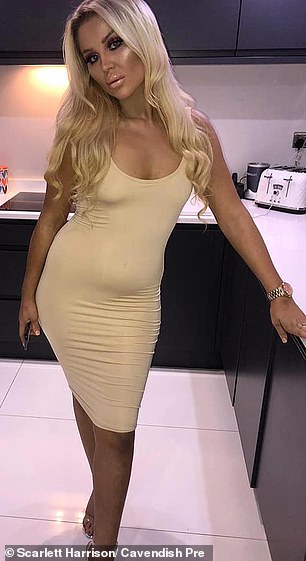 The court heard her father, an engineering firm boss, has since sold Harrison’s Mini

He said: ‘Along with the current trend, she has collagen implants in her lips which is something that caused her due difficulty in forming a seal around the tube.

‘She was also attacked a number of months ago by a person, and one side of her lip was damaged and has scar tissue which provided her further difficulty.’

He added: ‘This was taken seriously by her family, the day after her father put her car up for sale, it has been sold and she doesn’t drive, she hasn’t been driving at all.

‘She is currently out of work, she arrived back from working abroad in Ibiza week ago. She is due to start work at a local restaurant once it opens, she is just awaiting a starting date. She lives with her parents. She is ordinarily employed.’

As well as the disqualification, Harrison was also ordered fined £160 plus £150 in court costs. She was offered a place on a drink driver rehabilitation course.