Report: Cowboys will keep coach Mike McCarthy for next season

Though there was plenty of speculation, Mike McCarthy isn’t going anywhere.

McCarthy has apparently been told that he’ll return to coach the Dallas Cowboys next season, according to USA Today’s Jori Epstein and ESPN’s Ed Werder.

That comes just hours after defensive coordinator Dan Quinn told the team he will remain with the organization next season despite widespread interest in him for a head job elsewhere in the league. Six teams with an opening asked permission to interview Quinn before he removed himself from all consideration.

It’s unclear if McCarthy will get to keep offensive coordinator Kellen Moore as Moore is still interviewing for open jobs.

Speculation about McCarthy’s future in Dallas grew after the Cowboys’ loss to the San Francisco 49ers in the NFC wild-card round earlier this month. Cowboys owner Jerry Jones declined to get into specifics regarding McCarthy’s job security, but he said he was “very, very frustrated and upset.” 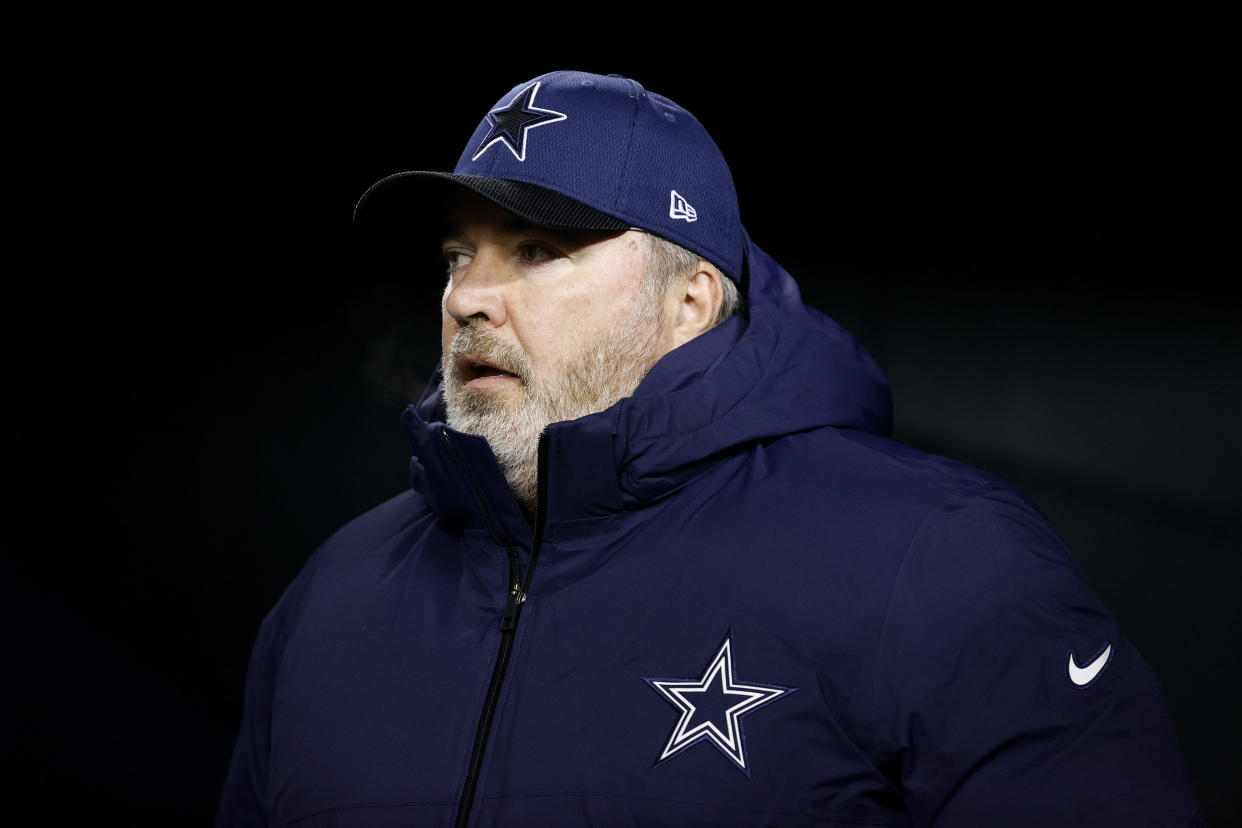 Then on Tuesday, New Orleans Saints coach Sean Payton stepped down after 16 seasons with the organization. Payton, a former Dallas assistant, has long been connected to the team amid coaching searches and, perhaps more important, is a Jones favorite.

While many thought Jones may try to make a play to finally get Payton, it’s clear now, according to those media reports, that he’s sticking with McCarthy for another year.

McCarthy currently holds an 18-15 overall record with the Cowboys and led them to an NFC East title this past season. He hasn't won a playoff game in Dallas despite leading the NFL in points and yards gained in 2021. McCarthy struggled with clock management issues throughout the season and in the playoff game, and the Cowboys were the most penalized team throughout the campaign.

Even though McCarthy will return next season, the reports Thursday don’t take him off the hot seat.