The reopening of a beloved Melbourne restaurant sounds like something to celebrate, so why isn’t the resurrection of Red Spice Road an unmitigated good news story?

The hugely popular pan-Asian restaurant announced its permanent closure in early May 2020, a victim of the pandemic. In mid-January 2021, the restaurant’s founder and first head chef John McLeay posted on Facebook that the restaurant he’d left three years ago was to reopen as a restructured company.

Job advertisements for kitchen and floor staff appeared on the Seek website. That was bittersweet news for the employees sacked in May, none of whom have been approached directly to return to work and many of whom are owed thousands of dollars. 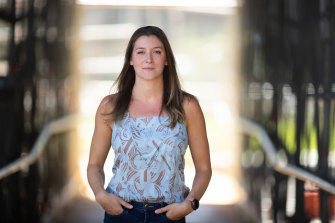 The 12-year-old restaurant had recently moved from its original McKillop Street premises to a grand 300-seat home in Queen Street. Staff were employed by Apples and Pears Entertainment Group but were paid by another company, R Personnel. R Personnel went into liquidation in May, with existing staff entitlements totalling more than $100,000. Further amounts are owed to the tax office and suppliers.

The federal government’s Fair Entitlements Guarantee covers unpaid wages, leave and payment in lieu of notice for Australian residents. However, 17 of the 36 Red Spice Road staff were on temporary visas, meaning they had no recourse.

Sungeon Mo was Red Spice Road’s head chef. On May 25, she received a letter from liquidator Setter Shepard outlining employee entitlements totalling $36,554.09, including $17,477.17 in annual leave and $12,307.69 in redundancy. She hasn’t received a cent.

“When we saw the restaurant was reopening we felt so betrayed,” she says. “We didn’t get any contact from the owners, I couldn’t get a penny from their money.”

Five of the employees, including Ms Mo and events and reservations manager Laura Dauphin, were on sponsorship visas which means their presence in Australia relied on them retaining work with the employer who sponsored them.

In June, after the liquidator informed the Immigration Department of the company’s demise, Ms Dauphin was sent a letter from Australian Border Force giving her 60 days to leave the country or secure another sponsor or visa.

“I knew my visa was temporary but to be cut short so quickly in such a tough climate was mentally painful,” she says. “My options were very limited as no-one was doing events.”

Ms Dauphin managed to transition to a student visa and is now studying social media marketing and working part-time at a winery in regional Victoria.

Meanwhile, her old job has been advertised on Seek. It reads, in part: “We highly value our staff and offer a fun and exciting team environment with exceptional training and career development opportunities, a great salary and excellent benefits.”

“I gave time, experience and support to the company and lost it all,” she says. “I worked for this money. I cannot comprehend how a company can get away with this without consequences.”

Sydney businessman Andrew Cameron was the sole owner of R Personnel and is the director of corporate venue operator Cliftons, which is advertising the positions at the Red Spice Road redux.

“I have restructured the business to reopen,” he says. “Now there are three owners. We have sold down about 40 per cent of the restaurant.”

On monies owing to creditors and ex-employees, he says there wasn’t much he could do.

“We tried to do the right thing,” he says. “The employment company ran out of money. The call on it was too large. We had no cash.”

The reopening has been delayed by a fire on the building’s roof which damaged the air-conditioning and Mr Cameron isn’t sure when he’ll be able to press go.

“We’ll open up carefully to make sure we don’t expose ourselves too much but I have to be optimistic.”