The chief executive of Royal Mail has sparked fury – by asking postmen to deliver more letters.

In a bid to reduce postal delays, Simon Thompson has asked employees to muck in and clear their offices of all mail every day, if deliveries fall behind.

But reacting to the letter, one postman said: ‘This is very frustrating. Our routes are hard work and the volumes of mail have been high since the start of the pandemic. 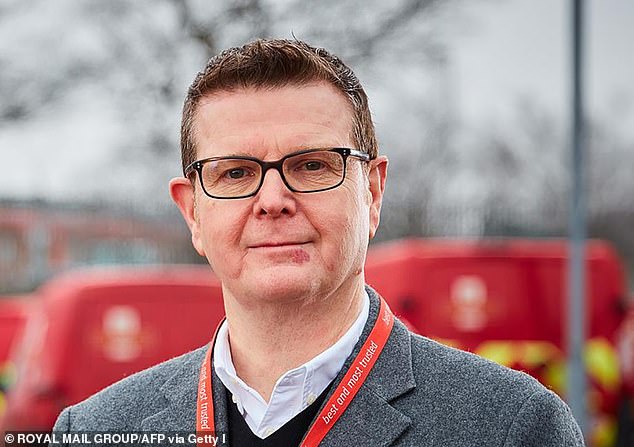 In a bid to reduce postal delays, Simon Thompson has asked employees to muck in and clear their offices of all mail every day, if deliveries fall behind

‘We’ve been on the frontline delivering, risking getting Covid. To ask us to do more now is really dispiriting.’ Another simply described the letter as ‘a joke’.

Postmen and women across Royal Mail’s 1,200 delivery offices are each given a ‘frame’ – their round of letters and parcels sorted in order of delivery – covering a certain route. This can cover several hundred addresses.

Every delivery office has a series of frames, which are distributed among posties.

Staff are expected to carry out additional deliveries if their workload is lower or if a colleague is off sick but Royal Mail is now asking its posties to routinely pick up any slack if colleagues fall behind.

In the letter to staff, seen by The Mail on Sunday, Mr Thompson says: ‘This year I have one request. At the end of every day let’s make sure every office is cleared, not just individual frames.’

Strict rules on prompt deliveries of first and second class mail were relaxed during the pandemic, but the emergency measures were removed by regulator Ofcom last month, putting pressure on Royal Mail to improve delivery figures. 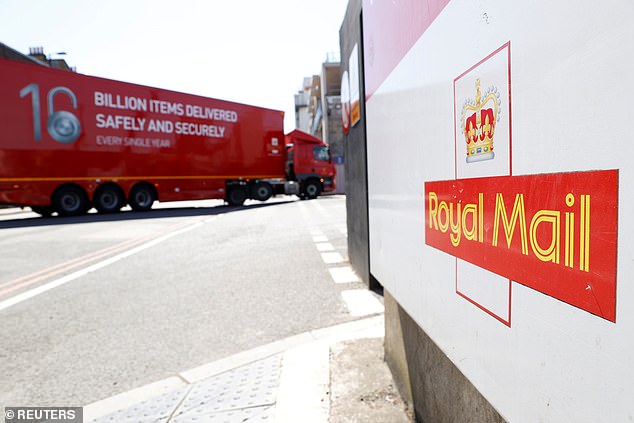 ‘We must find a way to equalise performance so every office can play an equal part in our success,’ he added.

One former Royal Mail executive claimed that a hardcore of experienced staff tended to resist change.

‘In theory what we once called ‘job and finish’ – where you finished your round and left work for the day – ended years ago,’ he said. ‘But in reality, many managers allow more senior posties to have lighter walks and knock off early.’

A key attraction of a job as a postal worker has traditionally been the ability to do a second job in the afternoon after finishing a round, but later working hours have made this less common.

An attempt to re-plan routes for posties is due to be completed next month after negotiations with unions. Mr Thompson is attempting to modernise the 500-year-old company amid increasing competition from rivals including DPD and Hermes.

He is also seeking to address widespread claims of bullying within the firm’s 120,000 workforce.

Also in his letter, he said the company would try to save money by hiring fewer temporary Christmas staff this year than the 33,000 extra workers it had to draft in last year to cope with festive shopping in lockdown.

‘Now that we will have a better balanced workload, we will revisit the number of temporary workers we require this year,’ he wrote.