Russia has threatened to carry out strikes on Western shipments of arms heading for Ukraine.

A senior Moscow diplomat sent a message to the US that it would consider targeting the caches of weapons pledged to the Ukrainian army.

Nato allies are continuing efforts to supply the heavily out-gunned defending army without getting drawn into direct conflict.

But it could turn into a flashpoint which risks the war spiralling into a direct conflict between Russia and Western countries if trucks or planes belonging to a Nato country are hit.

Deputy foreign minister Sergei Ryabkov ‘warned the U.S. that pumping weapons from a number of countries it orchestrates isn’t just a dangerous move, it’s an action that makes those convoys legitimate targets.’

He also denounced the US sanctions against Moscow as an ‘unprecedented attempt to deal a serious blow to various sectors of the Russian economy’. 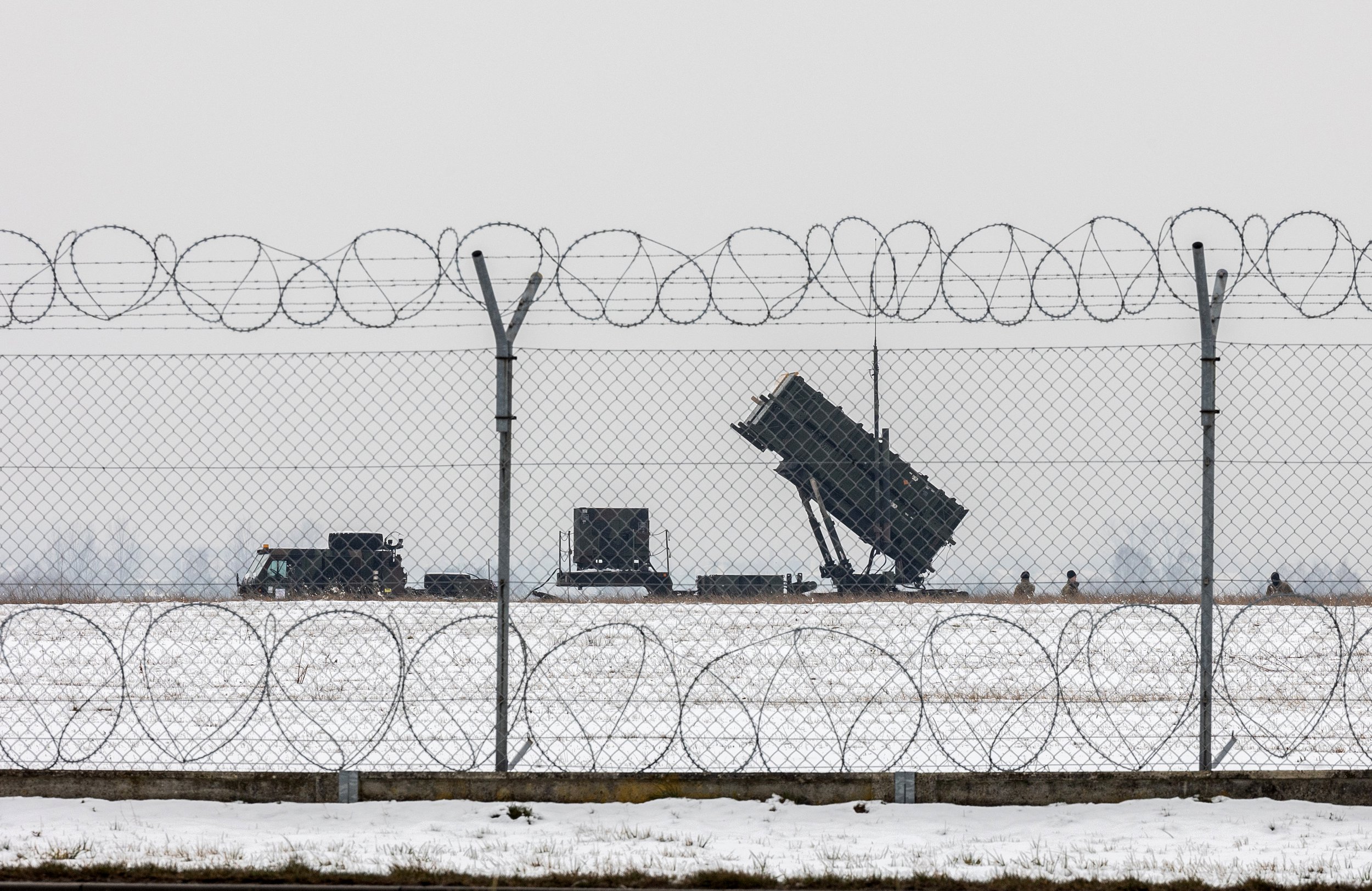 The prospect of Western armies shooting down Russian fighter jets is deemed to great a risk in case it triggers a directly conflict with a nuclear power.

US president Joe Biden reiterated that position yesterday, saying: ‘I want to be clear: We will defend every inch of NATO territory with the full might of a united and galvanized Nato.

‘But we will not fight a war against Russia in Ukraine. A direct confrontation between Nato and Russia is World War III. And something we must strive to prevent.’

Crisis talks between Moscow and Kyiv have continued via a video link, according to Kremlin spokesperson Dmitry Peskov, the RIA new agency reported.

An Elyses Palace official said that Putin still ‘did not appear ready to end the war’ despite agreeing to dialogue.

They added that both France and Germany reiterated their call for an immediate ceasefire in Ukraine as a condition for full negotiations.

The Kremlin readout of the call with Macron and Scholz did not mention a ceasefire and accused Ukraine of using civilians as human shields.

Around 1,300 Ukrainian troops have been killed since the start of the Russian invasion, president Zelensky said on Saturday.

He said Ukrainian and Russian negotiating teams had started discussing concrete topics rather than exchanging ultimatums.

The Ukrainian leader said the West should be more involved in negotiations to end the war but welcomed efforts by Israeli prime minister Naftali Bennett to mediate.

Russia-Ukraine war: Everything you need to know

Since Russia’s invasion of Ukraine began on February 24, the country has suffered widespread damages and loss of life amid a major bombing campaign.

Countries have retaliated by imposing sanctions on Russia and oligarchs such as Roman Abramovich, while large companies like Disney, Starbucks, McDonald’s, and Coca-Cola have suspended business in the country.

However, despite these economic blows, Russian President Vladimir Putin hasn’t shown any signs of calling off the attack anytime soon, with a convoy moving closer to the capital Kyiv.