TWO pilots were under investigation last night after a video emerged of one using a rubber chicken to operate the holiday jet’s throttle.

Ryanair bosses have launched a probe into the “unprofessional” scenes by the highly-trained pair in the cockpit of the Boeing 737-800. 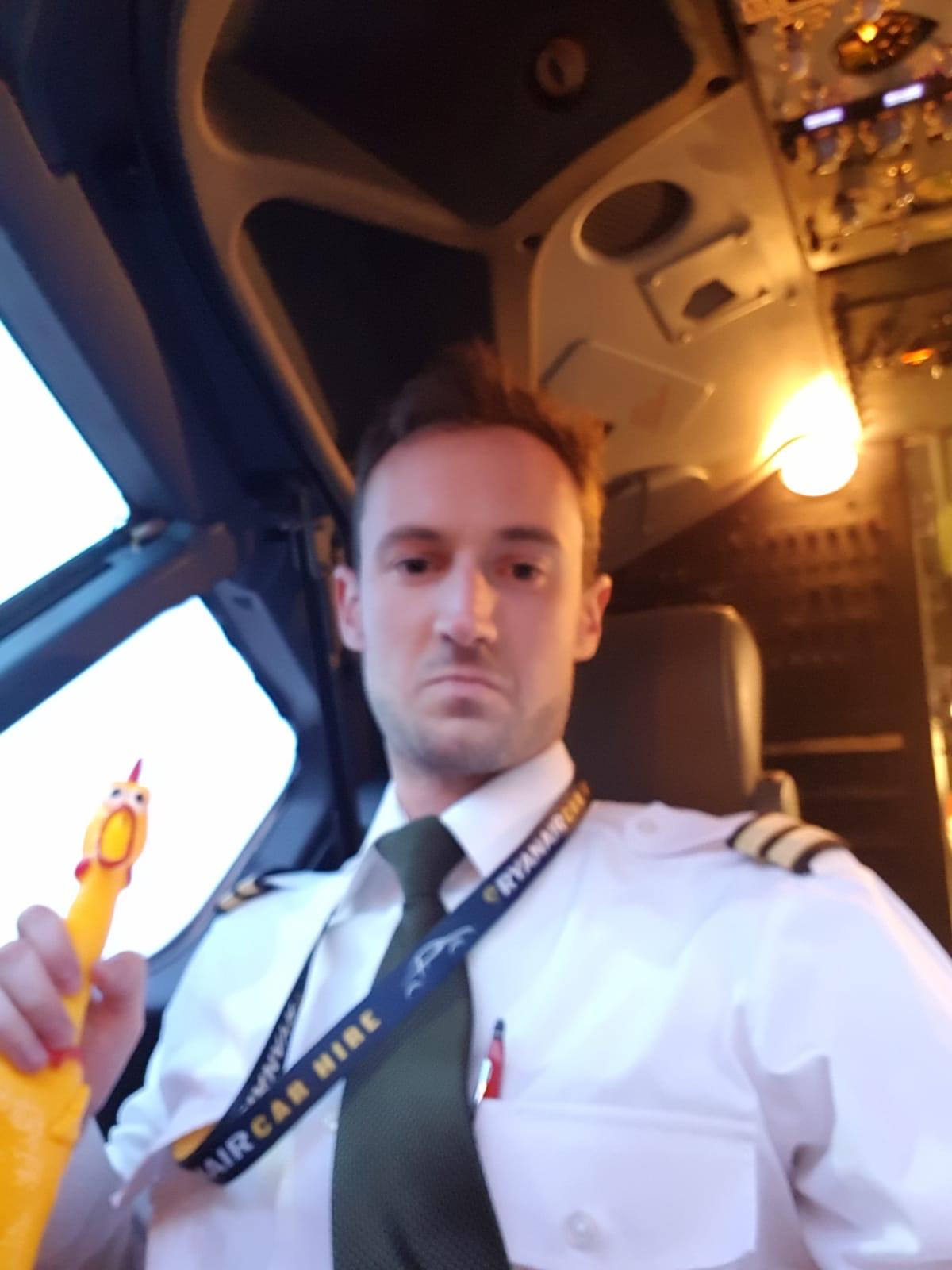 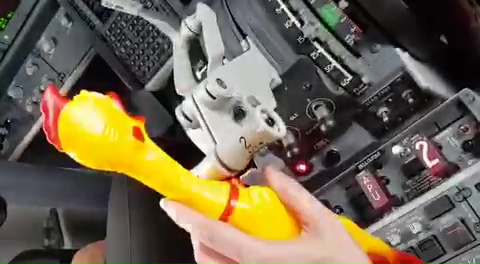 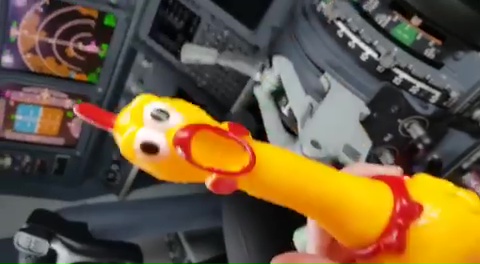 In the footage, filmed by one of the pilots, the first officer turns the open-mouthed yellow and red toy to face the camera before using it to push the throttle lever forward on the jet, which can hold up to 189 passengers.

In another clip from the video, the giggling pilot squeezes the plaything causing it to squeak — sparking guffaws among the crew.

The tomfoolery is thought to have taken place as unwitting passengers boarded the flight at Birmingham. Other snaps sent to The Sun show a first officer holding the chicken by the neck while seated in the cockpit.

He wears headphones and sticks out his tongue in another. In a third, he hangs rosary beads off critical cockpit controls. 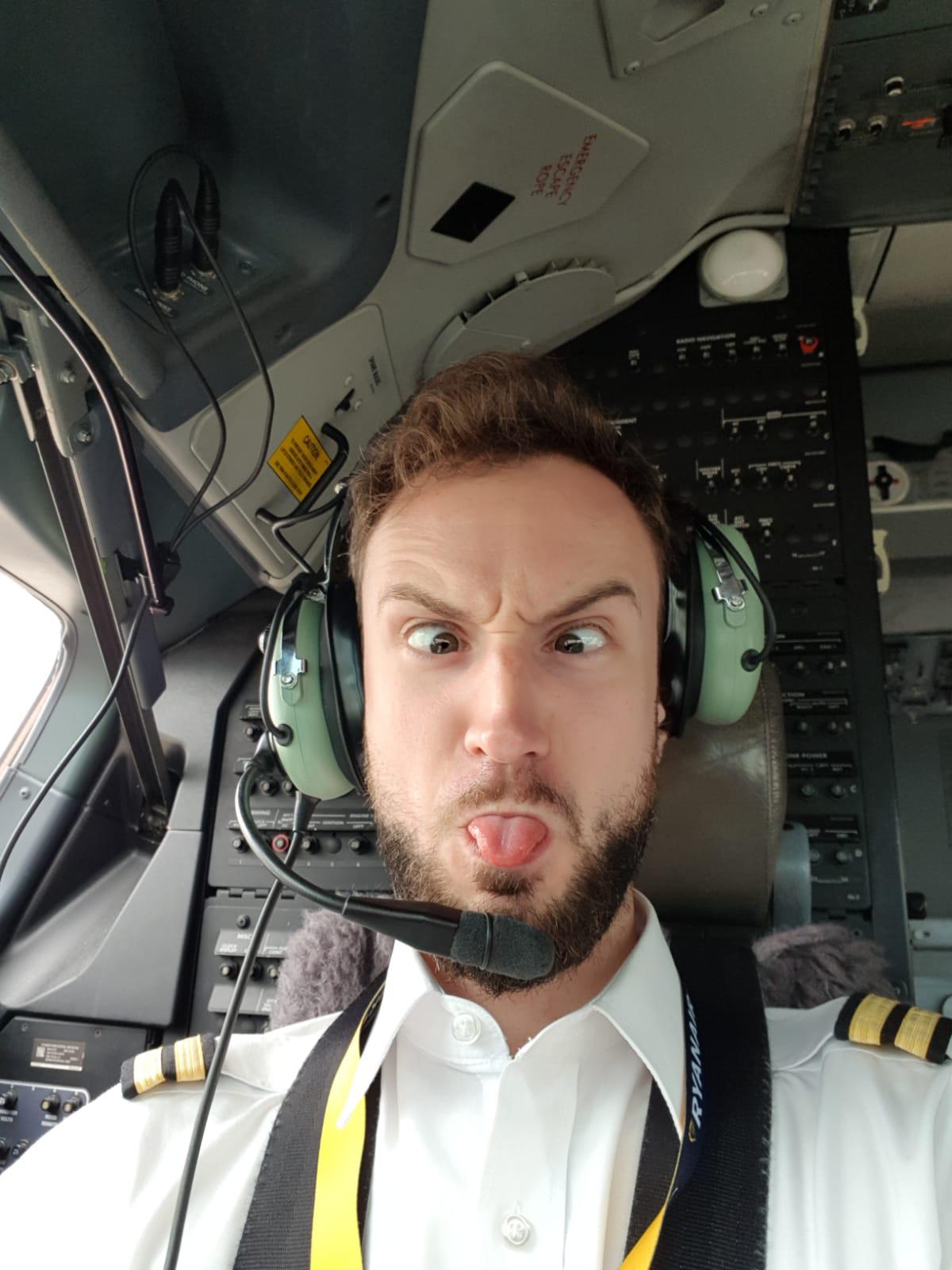 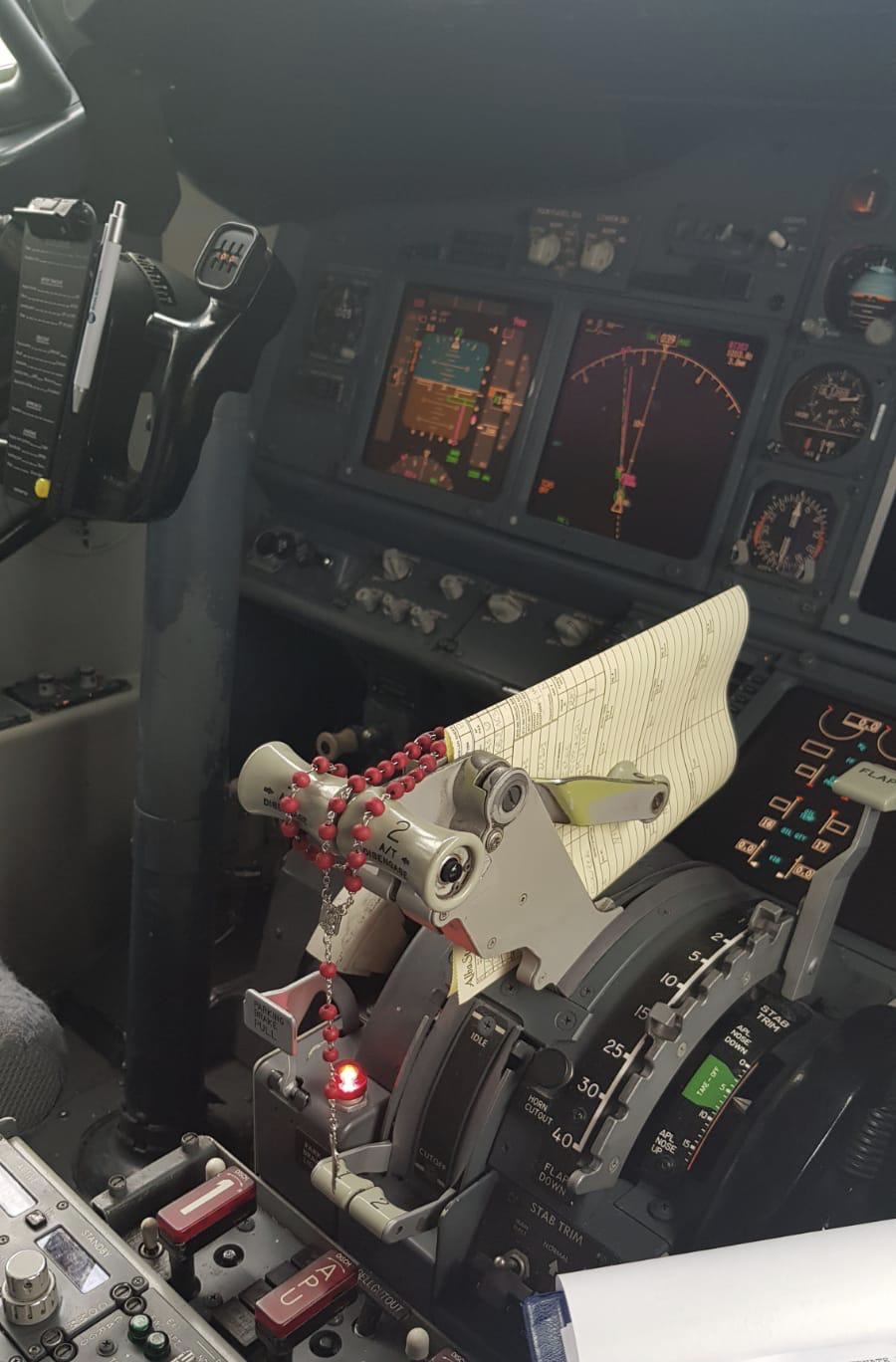 The  pilot was based at Birmingham Airport but is now understood to fly out of Pisa in Italy.

He and his captain face awkward questions from irate airline bosses.

A source told The Sun: “Fancy using a rubber chicken toy to move the instruments before take-off. This is so unprofessional and makes me worry what else is going on in the cockpit. This is a terrible look for Ryanair.”

Aviation safety consultant David Gleave said: “It’s a fun video which is entertaining and de-stressing the pilots, and probably designed to be shared among their friends, but  you could argue it damages the brand.

“There is no risk to the public. In the grand scheme of things, I don’t see much wrong.”

A Ryanair spokeswoman said: “These pictures and video show crew on the ground in a parked aircraft with the engines shut down. While the images are unprofessional, the actions in them posed no risk and safety was never compromised.

“We encourage our crew to enjoy their work. However, we expect them to remain professional at all times and we are investigating the matter further.” 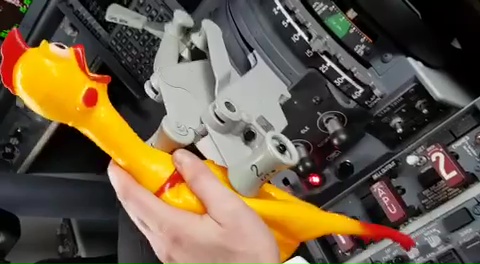 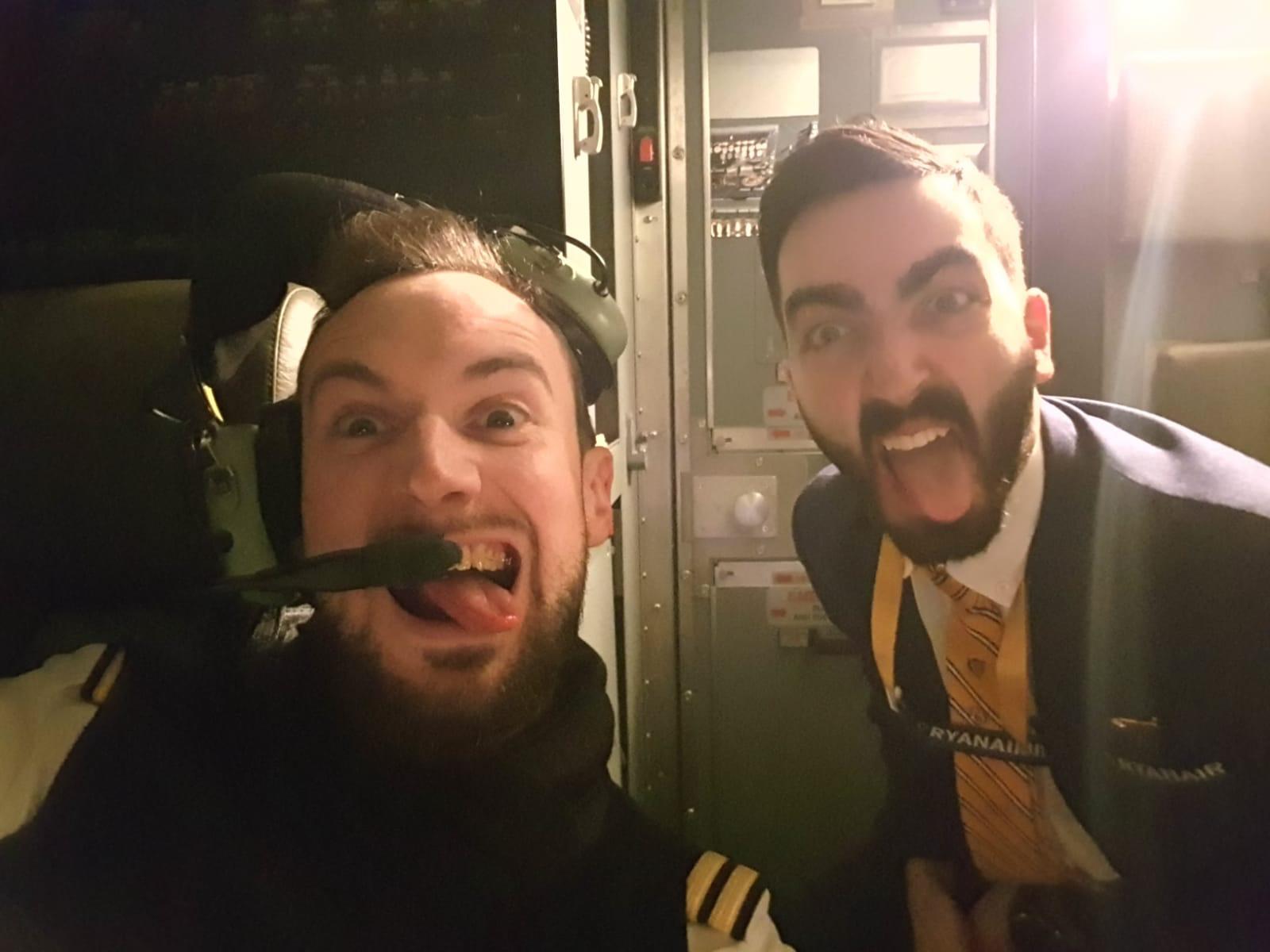 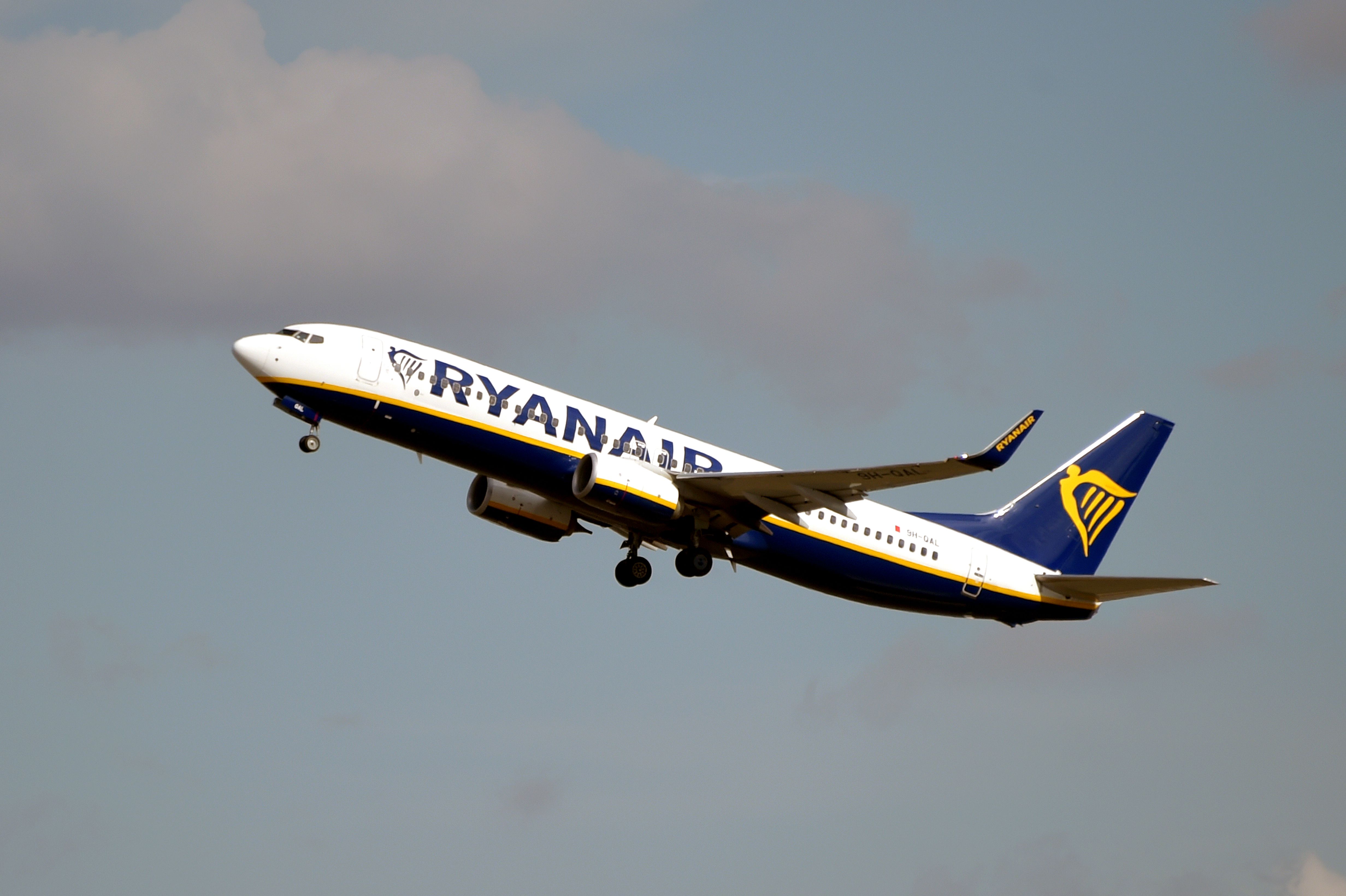