The capital’s Mayor once again blamed budget cuts for the 23 per cent increase in knife crime this year – saying he was “not excusing criminality” but said the Government needs to “to step up and help us”. 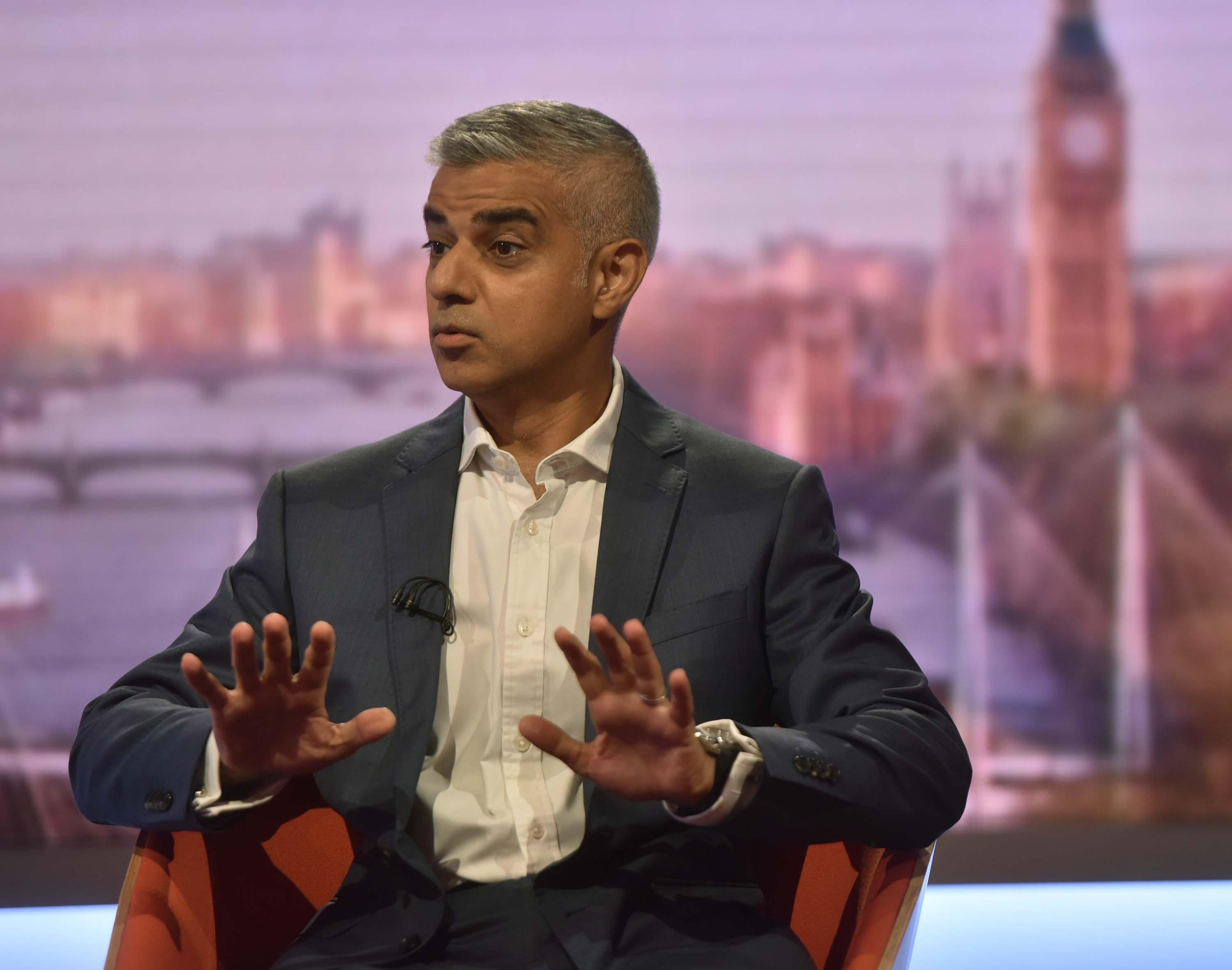 Speaking to the BBC, he also attacked the US President after Mr Trump used a world-exclusive interview with The Sun to say he is responsible for the terror attacks in London.

Mr Khan defended allowing a blimp of the American leader as a baby to fly over the city during this week’s visit by him to the UK.

He told The Andrew Marr Show "it's not my job as the mayor to censor the views of Londoners and others".

The Labour politician also said he understands why critics call Mr Trump racist, and again hinted that the reason he is criticised by him is because he is a Muslim. 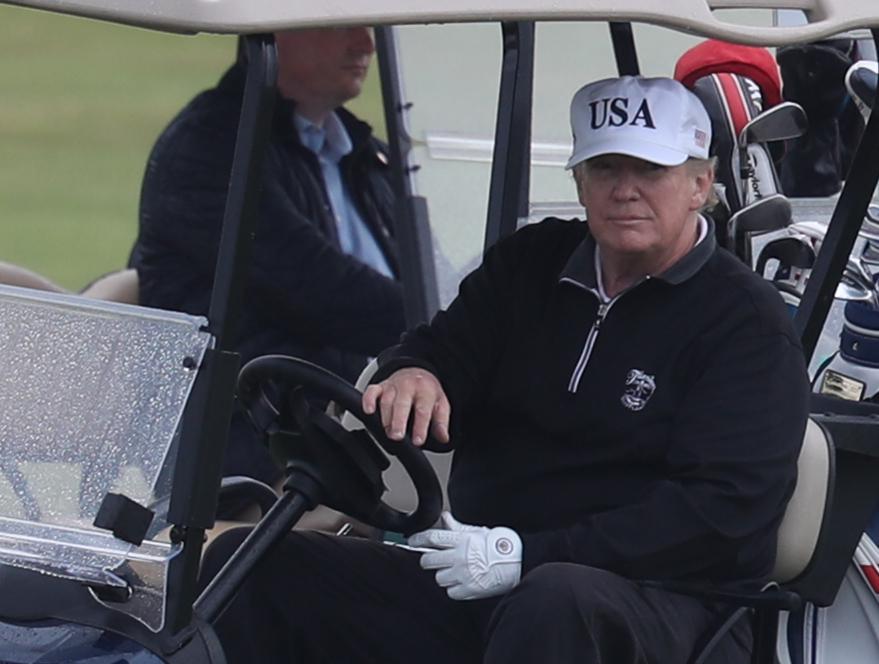 But he was also taken to task over the sharp rise in violence in the city he presides over, with host Mr Marr telling him: “When you were elected as Mayor you said you were going to bring down violent crime.

“Since then violent crime and stabbings have soared."

After trying to dodge the question and claim things were not that bad, he finally admitted: “It is not good enough, we have got to make sure we take action.”

However he once again tried to deflect blame away from City Hall to Whitehall, saying: “But I will tell you this, what doesn’t help is over the last eight years we have lost over £700 million.

“Police officer numbers have gone down and we need the government to help us in this regard because I am doing my bit in London.

“We have invested from City Hall £140 million in police, in a new violent crime taskforce, which is getting knifes off our streets and making sure we arrest those carrying knifes.

“The context is though, £140 million versus £1 billion worth of cuts and police and crime commissioners, police constables, Home Office civil servants all accept there is a link between a cut in police forces and an increase in crime.

“I am not excusing criminality but we need the government to step up and help us.” 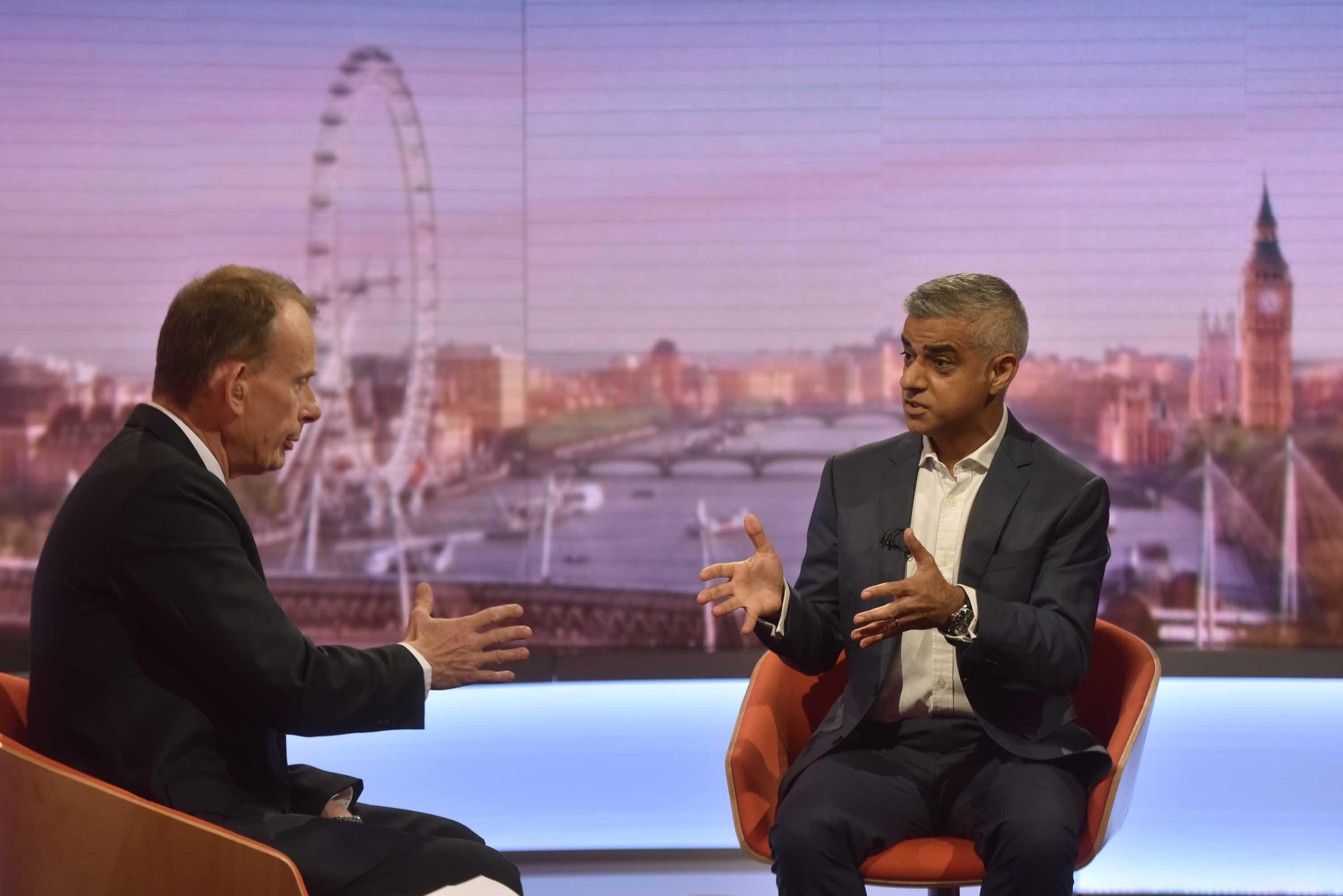 “Take a look at the terrorism that is taking place. Look at what is going on in London. I think he has done a very bad job on terrorism.

“I think he has done a bad job on crime, if you look, all of the horrible things going on there, with all of the crime that is being brought in.”

It was the latest salvo in a long line of verbal barbs between the pair, although Mr Khan appeared to suggest Mr Trump’s comments were due to his race.

Asked if that was the case he failed to refute it, and pointed out that the President had not attacked the mayors of other cities that had experienced similar terror attacks, asking why he had been “singled out”.

And he said: "That's for President Trump… I didn't start this feud, it takes two to tango. He is the president who tweets about me voluntarily."

Mr Khan said he did not think the US leader was a racist, but said he understood why other did.

He explained: "When you amplify messages of hate, when you use the language that President Trump does in relation to immigrants, infestation is I think the word he used, (you) can understand why people draw the conclusion that he's racist."