Consumer advocates are calling for tougher laws to crack down on ticket scalpers selling fake and overpriced tickets as Melbourne’s events industry reopens after another long coronavirus lockdown.

One Melbourne woman recently lost more than $1400 after buying tickets to The Cat Empire’s upcoming show on online reseller Viagogo. 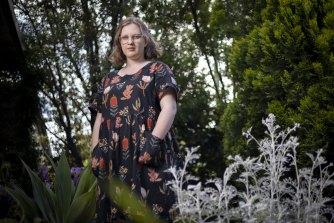 Rose, who does not want to disclose her surname, stumbled across tickets for the show minutes after The Cat Empire’s final tour sold out last month.

The four tickets cost the 26-year-old $1426 – or about seven weeks’ rent – and included an $85 booking fee for each ticket. But the tickets, which were more than twice the original price, never landed in her inbox. She emailed the venue and was told they were fraudulent.

She said Viagogo refused to refund her and suggested she resell the tickets instead.

“There’s nothing to sell,” she said. “The tickets don’t exist and reselling them would be ripping someone else off and an insult to the music industry, which doesn’t receive the extra money.” 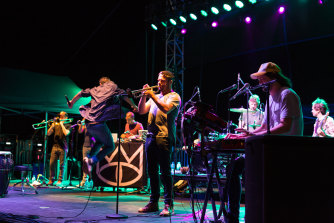 The Brunswick East resident ended up securing tickets to The Cat Empire after a second show was announced. Fortunately, these arrived in her inbox minutes after she purchased them on Ticketek.

Erin Turner, the director of campaigns at consumer group Choice, said national laws were needed to deal with companies like Viagogo, which has been the subject of thousands of complaints to the Australian Competition and Consumer Commission in recent years.

The company was recently fined $7 million after the Federal Court found it misled consumers by suggesting it was an official seller affiliated with entertainment and sporting events.

It was also criticised over the lack of transparency around its booking fees, which are up to 28 per cent of the price of an individual ticket. The company is appealing the decision.

“Currently we have a patchwork of different legal protections against unfair ticket scalping across states,” Ms Turner said.

“Unless the federal government acts it is going to get worse. People are starting to book events and starting to feel comfortable going out [after COVID-19 restrictions]. Over summer, we are going to see a lot more issues with ticket scalping and bad behaviour.”

In 2019, the federal government ran consultations on proposed laws that would require ticket resale websites to disclose the face value of tickets and to clearly state they are not the primary ticket seller.

“As pandemic restrictions ease, the government will continue to monitor industry developments, including the number of complaints being made to consumer regulators,” he said.

Consumer Action Law Centre chief executive Gerard Brody would also like to see stronger protections for consumers. He said NSW laws were stronger than those in Victoria, with scalpers banned from selling any ticket for more than 10 per cent of its original price.

“If people buy a ticket for an event and can’t attend it, they shouldn’t be prevented from reselling it, but it shouldn’t be a market people profit from,” Mr Brody said.

In a bid to stamp out price gouging, the state government declared its sold-out Play on Victoria concert a major event, along with Bluey’s Big Play, Harry Potter and the Cursed Child and the Hamilton and Moulin Rouge musicals.

The declaration makes it illegal to sell or promote tickets that are more than 10 per cent above the original price.

A state government spokesman said alleged scalping offences could be reported to the Department of Jobs, Precincts and Regions website.

“Anti-scalping laws protect fans from being ripped off by individuals who might seek to prey on the passion of others,” he said.

Get a daily update on the climate summit that will shape our future. Sign up to our Clear Air newsletter here.