Fuming parent Jimmy Barker, 37, who has two children at 365-pupil Moorlands Church of England Primary Academy, is among those to hit out at the ban. 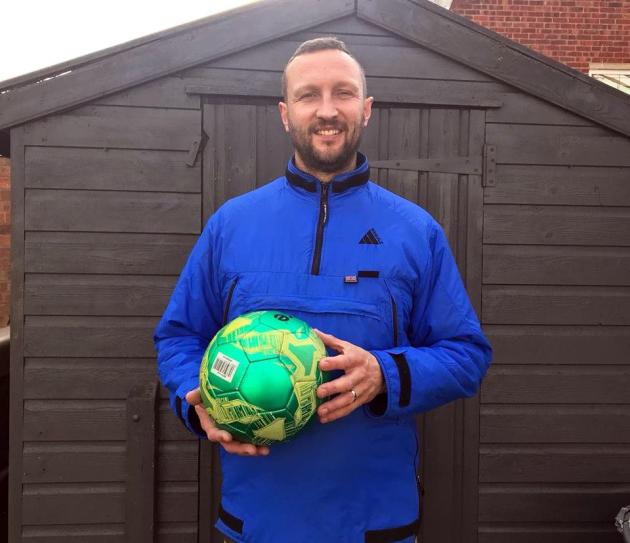 A letter was sent to families connected to the school, in Belton, near Great Yarmouth, saying that football has been banned "because of health and safety concerns".
Children have been told they cannot be on the premises before 8.35am unless they are attending breakfast club.
The letter said the school had "recently had a number of issues with children playing football before the start of the school day".
It warned that pupils "should not take part in unsupervised football games" before the school doors open at 8.40am. 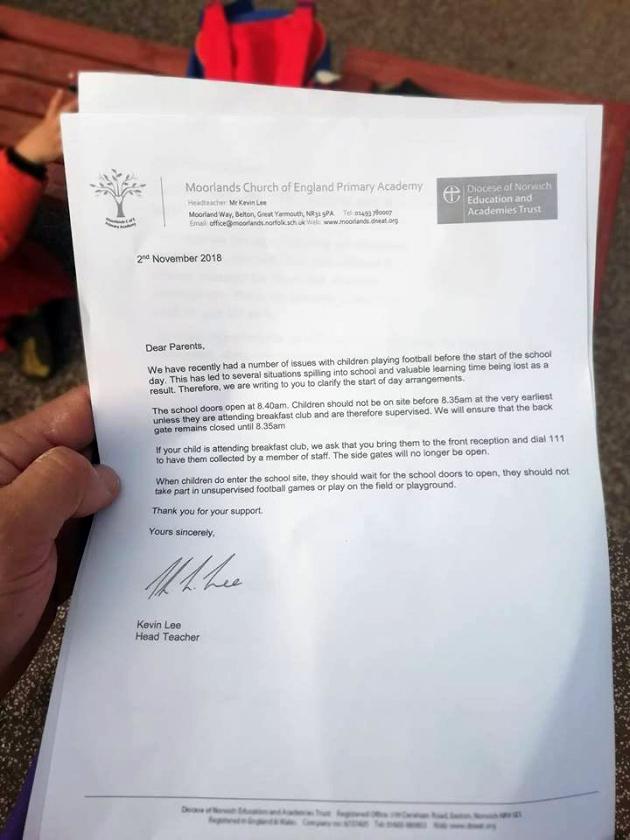 Mr Barker said: "We should be doing all we can to encourage children to be out in the fresh air and being active, not making it more difficult.
"It is no wonder that more and more children are playing computer games when sanctions like this get put into place.
"I think the school should give children more responsibility to act sensibly rather than discouraging it."
On social media, Kevin Comer said "Kids will be kids, let them be that way."

Louise Arnold wrote: "Surely it's better the children playing football to let off some steam are on the school premises, rather than let them roam around first thing."
Deputy headteacher John Siddles said the school has shut the back gate to the playground to stop children getting in too early.

He added: "If children are on site before school doors open then they do not have any supervision and if anything happened we would be liable.
"We have a breakfast club which starts at 7.30am which children can attend.

"The has been brought in following a health and safety review."