Semi-naked skater falls through the ice in Amsterdam

The man, who has not been identified, was filmed as he glided across the surface to an area of thinner ice when he promptly disappeared beneath the water.

Footage showed that the man had prepared in advance for his sudden immersion by taking off all his clothes, apart from a black pair of boxer shorts and his skates. 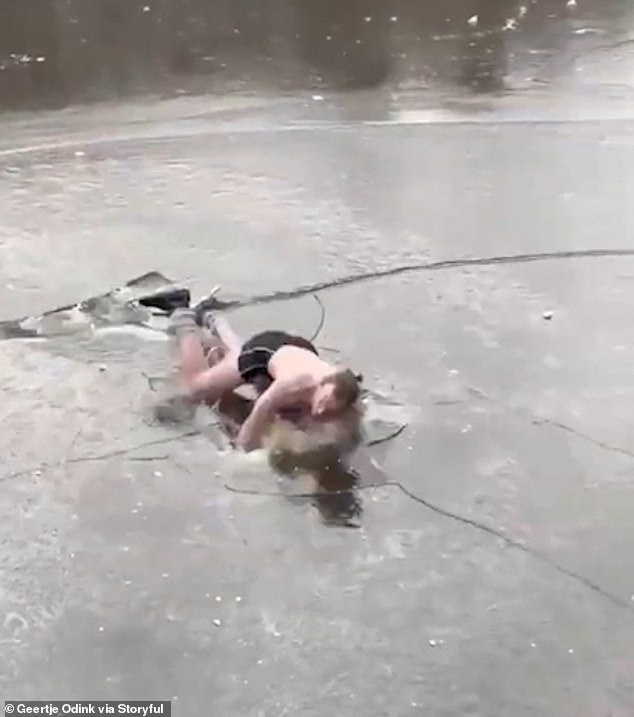 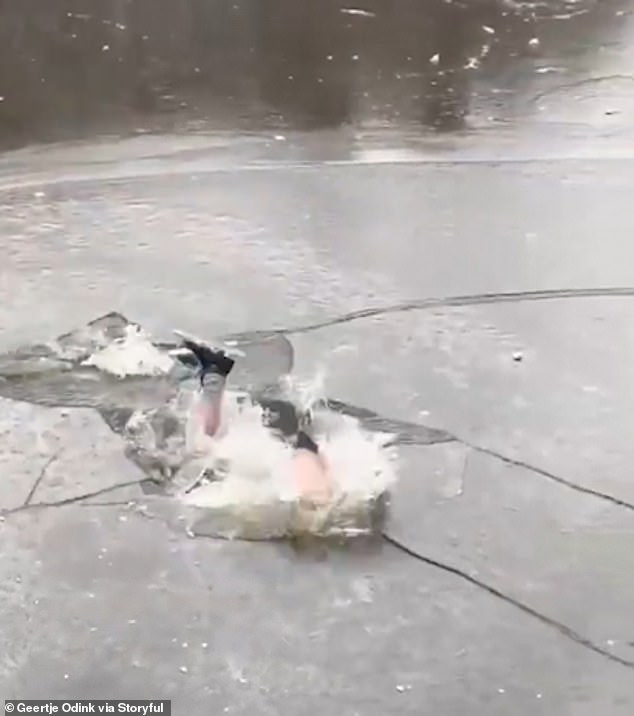 Unsurprisingly, moments after hitting the area of thin ice he plunged beneath the surface

Moments after falling into the water, the man was able to make his way out of the water with the help of a friend.

The Dutch, who love to ice skate, on Sunday had a rare chance to hit the canals after they froze over for the first time in almost three years.

Some however hit the ice a bit too hard, taking tumbles that landed them in hospital despite an official plea to spare overstretched emergency services.

In Amsterdam, dozens of skaters took to the Prinsengracht, an iconic canal in the city centre on Sunday, even though the ice was not thick enough in all places.

At least one person broke through, but was able to make it to safety unaided, local media reported.

Prime Minister Mark Rutte had warned against mass skating to avoid the risk of spreading Covid-19 as well as injuries that could clog up hospital emergency rooms.

But in Kinderdijk, western Holland, dozens laced up their skates for a spin near windmills that are often seen on postcards and have been listed as UNESCO world heritage sites.

Cok Hartkoorn, 71, who was watching the scenes from the canal bank said: ‘Most people are usually still in bed on a Sunday morning at this time. But this ice is so beautiful, it’s a fever, it grips you and you have to get out and go skating. 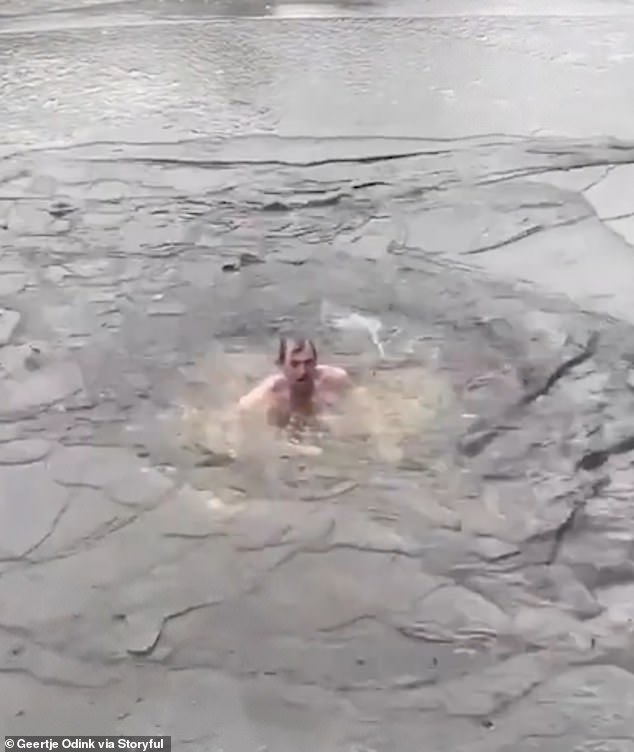 Fortunately for the man, pictured, he did not drown despite falling through the ice 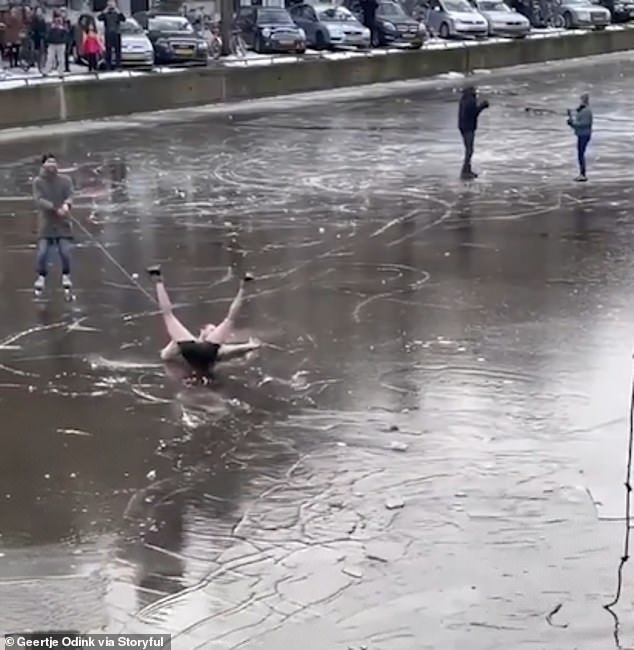 ‘This might not happen again for a few years. You have to take the opportunity when you can.’

Marleen Bouman, 49, added: ‘Skating is so nice because we’re all together in it. We’re outside, we’re moving. In these tough corona times that’s a rare thing.’

Skating, like cycling, is a Dutch tradition, and almost everyone is said to have a pair of skates ready for when the canals freeze over.

Many had hoped that a popular competition, the Elfstedentocht, or Eleven Cities Race, would be held for the first time in nearly a quarter-century this year.

But Rutte said skating had to be limited to pairs under anti-coronavirus restrictions.

Last held in 1997, the ultra-endurance marathon follows a gruelling 200 kilometre (125-mile) route along the northern Friesland province, and completing it is considered a true test of character.

Despite it not being held, emergency rooms were twice as busy as usual on Saturday as people turned up with broken wrists and other injuries suffered during falls, medical staff associations noted on Twitter.