A suspected car thief was punched so hard by a passerby that he broke a brick wall as he tried to run away from the crash scene.

Shocking footage of the moment in Cypress Road in Droylsden, Greater Manchester, has gone viral on social media with more than a million people watching the clip.

Two men in black hooded coats can be seen fleeing from the crashed car but one turns around and runs back to get something that he left behind.

But as he roots through the abandoned car for what he wanted, the driver of a flatbed truck slows as he tries to manoeuvre by the vehicle.

The man hot foots it down the road and a man suddenly leaps out from behind a white car.

He stops the alleged car thief in his tracks by landing such a hard punch he crashes into the wall behind him breaking off a chunk of brick pillar, which falls to the ground in two pieces.

The hoodie-wearing man ends up flat on his back on the ground and clutching his head as the man who threw the punch stands over him shouting: ‘You f****** little b******.’ 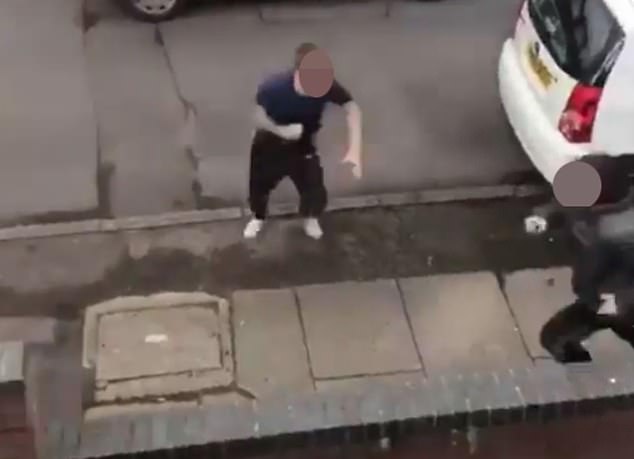 Knock out: The passerby gets ready to land his punch as the suspected thief makes a dash away from the car 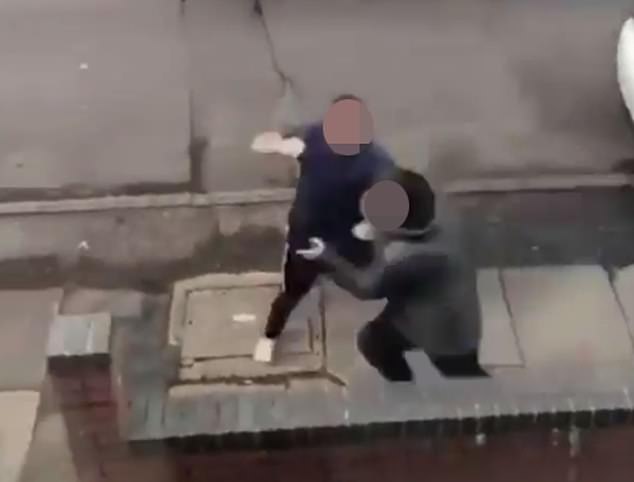 Stopped in his tracks: A passerby lands a punch on the man who is running away from the scene 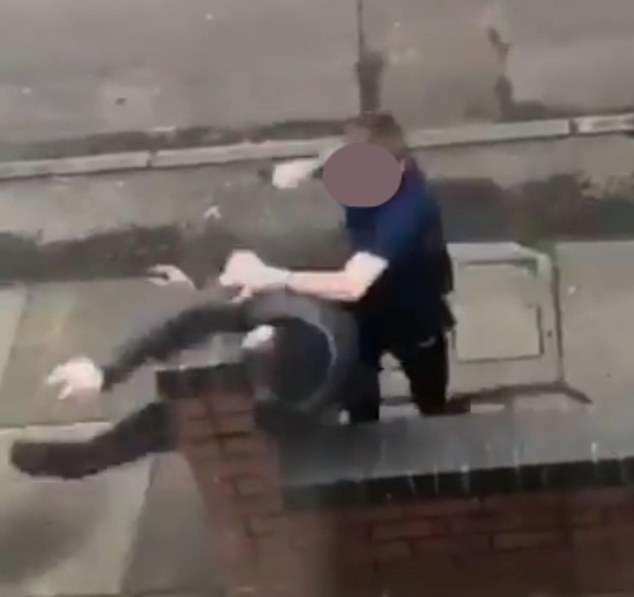 Landing a punch: Some on social media said he had ‘a bit of British justice’ as he tried to run away from the crashed car after going back to get something 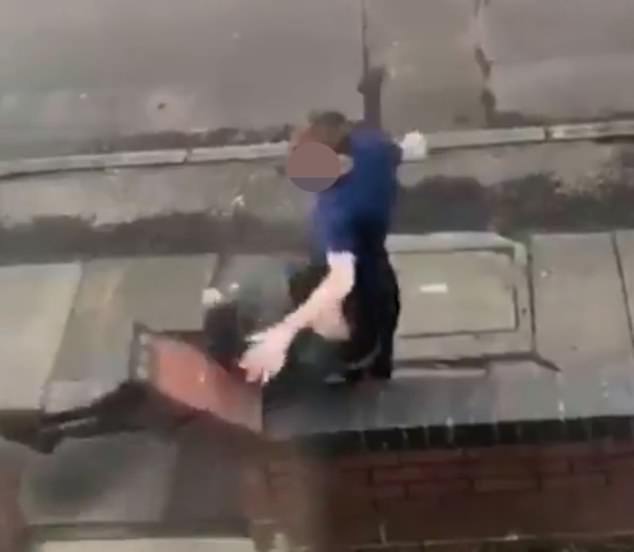 ‘Tom and Jerry’: One person who watched it dubbed it as a moment from the cartoon 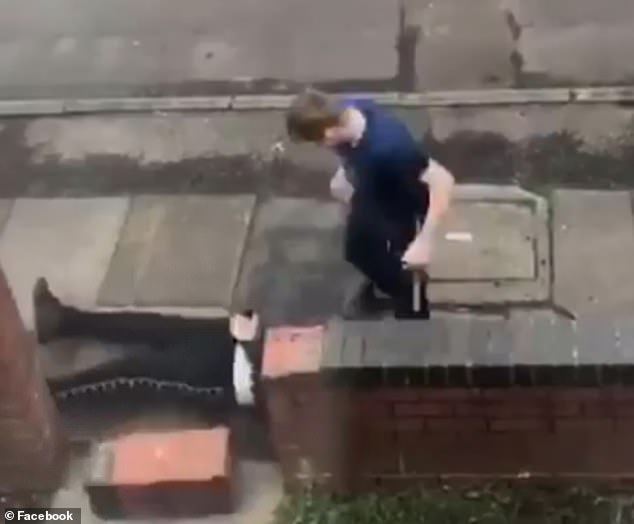 Floored: The suspected thief ended up flat out on the floor after the passerby struck him

Viewers were so shocked by the powerful punch that they have repeatedly watched the footage, which was captioned ‘A bit of British justice.’

One Twitter user, called John, said:  ‘I’ve gone back to the point where he smacks him against the garden pillar about 10 times, outstanding hit that.’

Another added: ‘That knocked his block off.’

George, also on Twitter, couldn’t believe what had happened and added:  ‘What a strike.’ 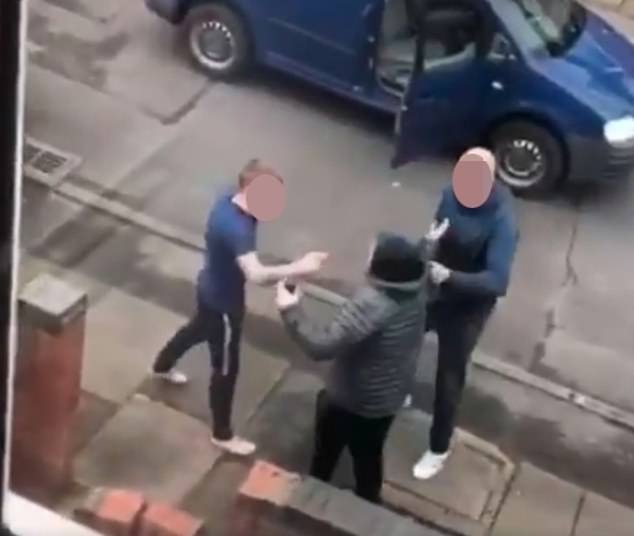 Hitting out: The passerby shouts at the hoddie wearing man and screams: ‘There is f****** kids around, are you stupid?’

Paul King, who is based in Liverpool, said: ‘He punched him through a wall. Some Tom and Jerry s*** that.’

The man is then grabbed by a man in a blue van as the passerby who punched him simply walks away.

Great Manchester Police has no log of the incident.