Cautious creep back to High Street: Number of shoppers in town and city centres was 15% down during first day back of non-essential stores compared to 2019 – but still four times busier than last month

As high streets across the UK came back to life yesterday, footfall failed to reach pre-pandemic levels, the latest figures have revealed.

The data shows total customer footfall on the day non-essential retail reopened in England was down 15 per cent on two years ago.

However that is a significant improvement on March, when total UK footfall was down 68.7 per cent on two years ago, the British Retail Consortium (BRC) said. 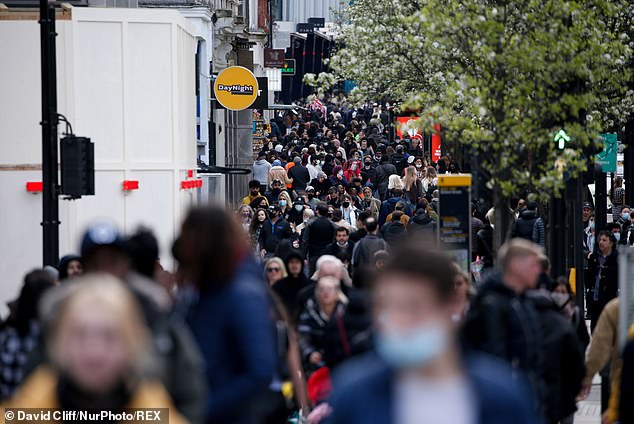 Footfall figures are down by 15 per cent compared to pre-pandemic levels as the retail sector reopened after lockdown. Pictured: Shoppers packed Oxford Street in London yesterday

Shoppers were pictured flooding high streets in the hunt for bargain deals in popular stores as they were allowed to open for the first time this year.

The retail giant has extended opening hours for the first initial week in an effort to recoup profits lost over the pandemic.

Footfall at all the UK’s retail destinations had risen 116 per cent by 3pm on Monday compared to the same time a week ago, according to figures from Springboard.

London itself saw a huge 202 per cent increase in footfall yesterday compared to last Monday. 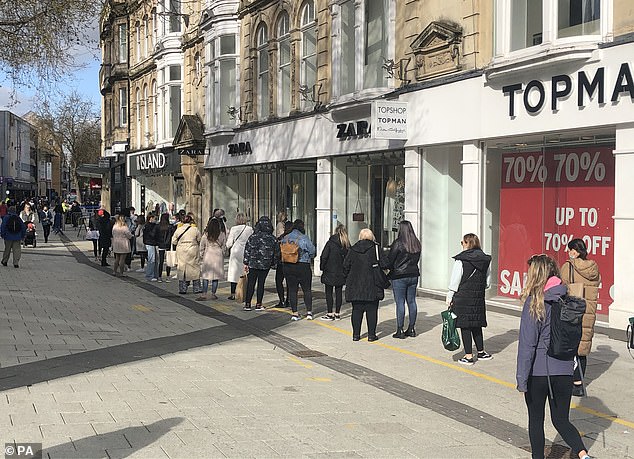 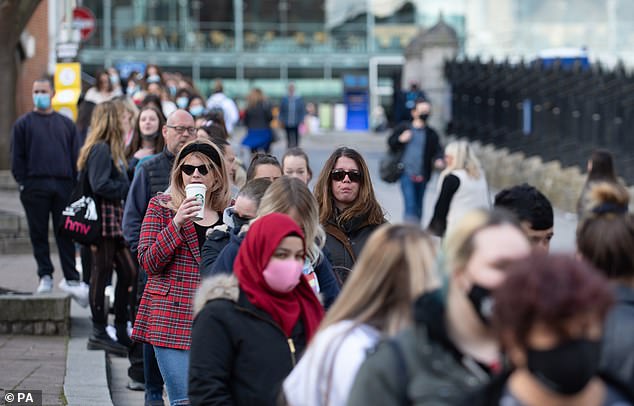 The latest figures from BRC-Sensormatic IQ, which compare footfall on Monday April 12 2021 with Monday April 15 2019, show shopping centre customers were down 32.7 per cent, retail park numbers were 19.4 per cent lower and high streets were down 28.8 per cent.

Further comparisons with the month of March two years ago show footfall on high streets declined by 64.6 per cent, comparing favourably with the three-month average fall of 67.9 per cent.

Retail parks saw footfall decrease by 36.8 per cent on two years ago, a decline of 2.3 percentage points compared with the previous month, but marginally above the three-month average decline of 38.8 per cent.

Shopping centre footfall declined by 73.2 per cent on March 2019 against the three-month average decline of 76.2 per cent. 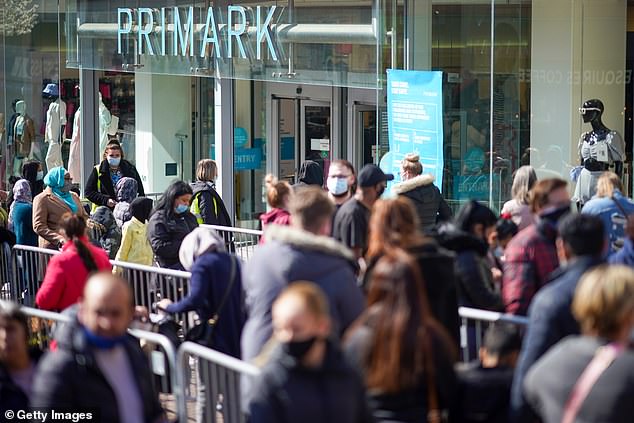 Despite footfall yet to hit pre-pandemic levels, the footfall marked a significant improvement on last month. Pictured: shoppers queue outside Primark store in Stoke on Trent yesterday 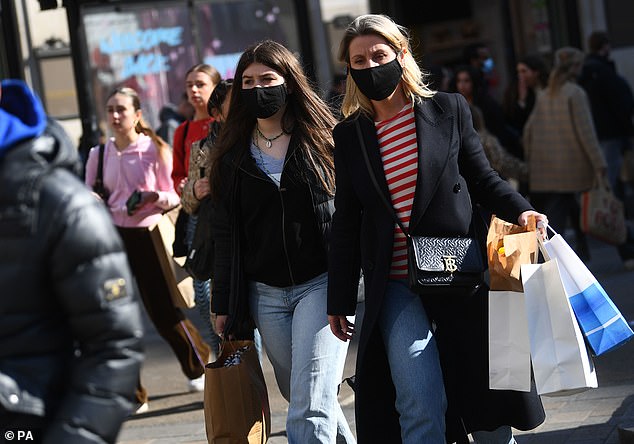 Shoppers on Regent Street, London, as England takes another step back to normality

BRC chief executive Helen Dickinson said: ‘While footfall may not yet have returned to pre-pandemic levels, retailers have been glad to welcome customers back into stores on high streets, and in retail parks and shopping centres.

‘It’s great to see everyone playing their part in making the shopping experience a positive one for everyone, with retailers going the extra mile to make sure queues are managed well, social distancing is maintained, and face coverings are worn.

‘Yesterday was the first step in the recovery of both retail and the wider economy.’

Andy Sumpter, retail consultant EMEA for Sensormatic Solutions, said: ‘Yesterday we saw shoppers voting with their feet, with footfall rising three times that of last Monday across all retail settings. 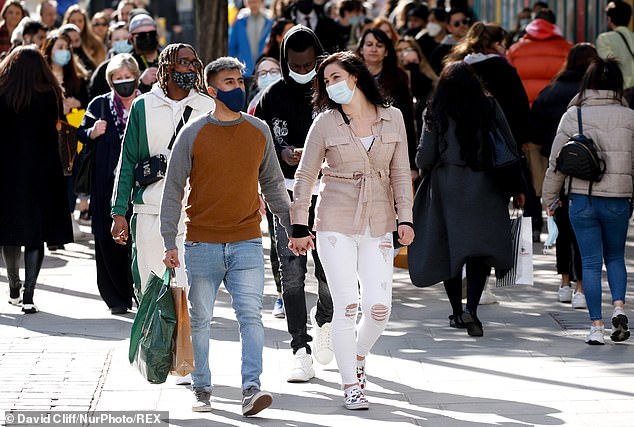 Although Oxford Street in London was packed, footfall failed to reach pre-pandemic levels 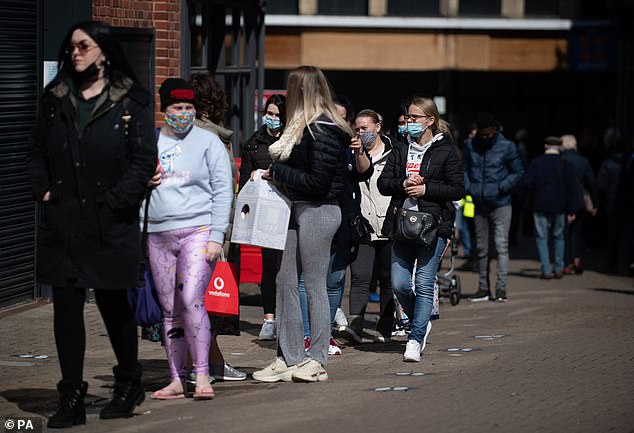 ‘Whilst that’s encouraging, high street footfall was still down 28.8 per cent compared to the same day in 2019, underpinning the need for a sustained bounce-back in fuelling retail’s long-term recovery.

‘The public has shown great support for bricks-and-mortar retail, with recovering visitor counts rebounding after each unlocking in the last year, so the real test now comes in sustaining that demand.’