Sss-tuff of nightmares! Sleeping man wakes up with a start when a SNAKE slithers into his bed and attacks him in India

This is the terrifying moment a sleeping man awoke to find a cobra had slithered under the bedclothes with him.

Jai Upadhyay was fast asleep on the floor of a temple in northern India on Sunday when CCTV cameras caught an Indian spectacled cobra snaking across the floor.

It approached Jai, lying on a striped mat at the temple in Banswara, Rajasthan, and noiselessly slid under the thin blanket covering him. 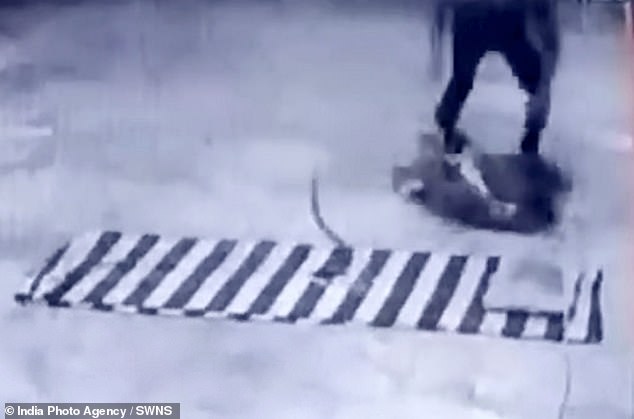 Jai Upadhyay woke with a start when a snake slithered into his bed and attacked him in Banswara, India, on Sunday 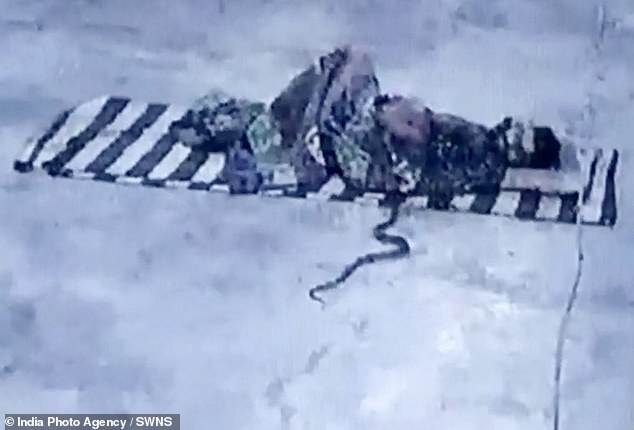 Four minutes into the clip, the ICT manager begins to stir before rolling over and leaping to his feet to reveal the huge snake in his bed.

The angry cobra starts arching and lunging at towards the terrified man.

Fortunately, Jai was unharmed, and the snake was seen moving away under a bench after the encounter. 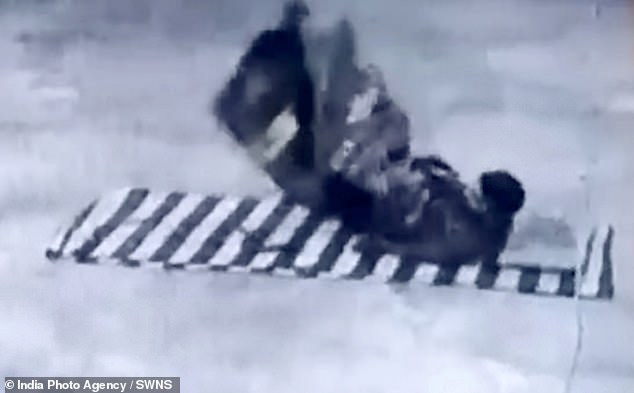 Four minutes into the clip, the ICT manager begins to stir before leaping to his feet after discovering the snake was in his bed

The attack happened at about midnight while Jai, who practises Hinduism, slept in the Mandareshwar Temple in front of the Shivling, an icon of Lord Shiva.

The temple is situated in the middle of the Aravalli mountain range where cobras and other dangerous wildlife including leopards roam freely at night.

Indian cobras are members of the ‘big four’ species that inflict the most snakebites on humans in India, and are protected under the Indian Wildlife Protection Act.