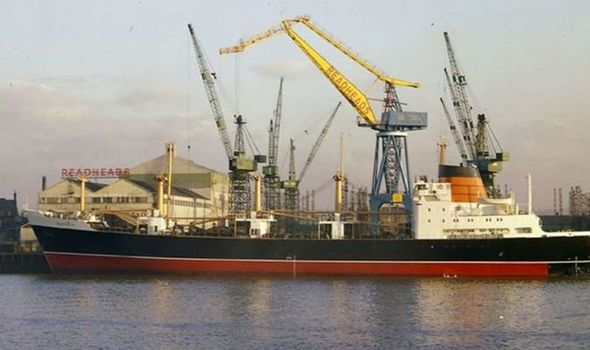 The pirates have made off with up to £10,394 in cash as well as the sailors’ clothes.

Some of the crew have minor injuries, according to local reports.

The armed pirates spent up to 30 minutes on the vessel which was headed to Brazil, KBS World Radio reported.

According to Yonhap News Agency, a South Korean Ministry of Maritime Affairs and Fisheries official said: “Ordinary freighters navigate at a speed below 15 knots.

“But a speed boat operated by the pirates approached the freighter at a speed above 20 knots.

“Afterwards, seven weapons-wielding pirates got on board and assaulted the sailors for about 30 minutes.”

Piracy has fallen in the busy sea lane that runs past Singapore, Malaysia and Indonesia in recent years amid heavier policing.

The cargo ship, which is heading to Incheon city from Brazil, resumed its scheduled route after the attack.