Spanish actor could face trial for blasphemy over Facebook posts

A Spanish actor accused of blasphemy after saying he would ‘s*** on God’ was questioned in court yesterday in the latest high-profile case to raise fears about free speech in the country.

Willy Toledo, a film and TV actor, was arrested in Madrid on Wednesday after he had twice failed to show up for questioning over the Facebook post last year.

Toledo, 48, was released without bail but a judge will now decide if the actor will face trial, which could lead to a fine for blasphemy.

Oscar-winning actor Javier Bardem has defended him, saying the country risked returning to the repression of 20th-century dictator Francisco Franco. 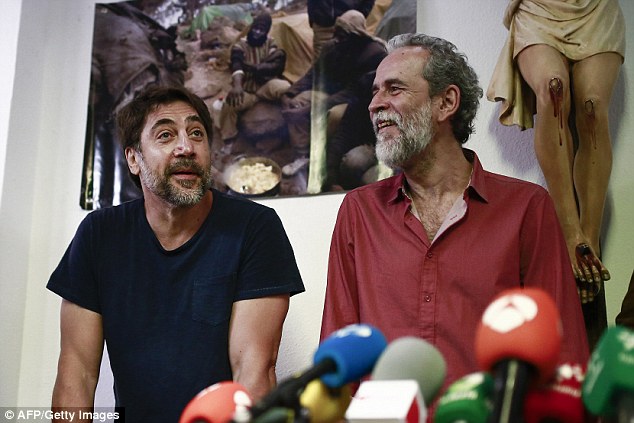 Spanish actor Willy Toledo (right) has been accused of blasphemy over a Facebook post last year. He is pictured in May with fellow actor Javier Bardem (left) who has defended him

The case stems from a July 2017 Facebook message in which he defended three women charged with blasphemy for staging a mock-religious procession wielding a giant vagina.

In his post Toledo said: ‘I s*** on God, and I have enough s*** left over to s*** on the dogma of the sanctity and virginity of the Virgin Mary.

He was denounced by the Spanish Association of Christian Lawyers for ‘covering God and the Virgin Mary with ridicule’.

Toledo, who frequently defends Cuba and Venezuela’s communist regimes, said he had asked the judge to shelve the case during the hearing.

‘It is worthy of a third world country that there are still five articles of the criminal code relating to insulting religious sentiments,’ he said. 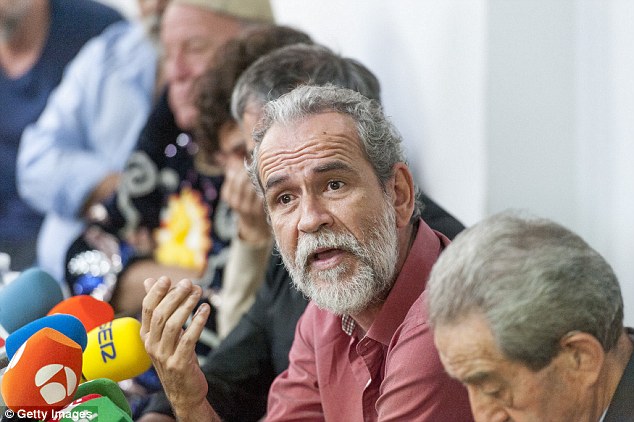 The affair is one of a string of cases of artists being probed or jailed in Spain which have raised concerns about freedom of expression.

Several Twitter users and rappers have been tried for glorifying terrorism or insulting the king for comments or lyrics.

Amnesty International said the legal actions amount to ‘repression’ of freedom of expression.

Tapper Valtonyc this year fled to Belgium to avoid a three-and-a-half-year jail sentence for glorifying terrorism, insulting the king and issuing threats in his lyrics.

A Belgian court is due to decide on September 17 whether or not to extradite the 24-year-old.