This incredible video shows how a Spanish hairdresser uses samurai swords to cut his customer’s hair.

Barber Alberto Olmedo is based in Madrid and says he uses the swords to ensure that he cuts both sides of the hair equally.

Rather than used traditional scissors, the barber is armed with several sharp and long blades, using them to hack at the hair of the woman in the video.

And it’s not just swords he uses, with the footage showing him using Wolverine-like claws and even blades on his fingers.

The shocking footage was recorded on December 1 by the friend of the customer, who was stunned at Alberto’s technique.

Though it seems bizarre, the barber’s method seems precise as he slices at the hair with each hand in turn.

This, he says, is to ensure that both sides are cut identically.

Speaking to Al Jazeera, Alberto said: ‘It’s a bit medieval. Sometimes you have to use your imagination to get positive results.’

Although he uses two blades to cut most of the woman’s hair, he initially uses just one sword. 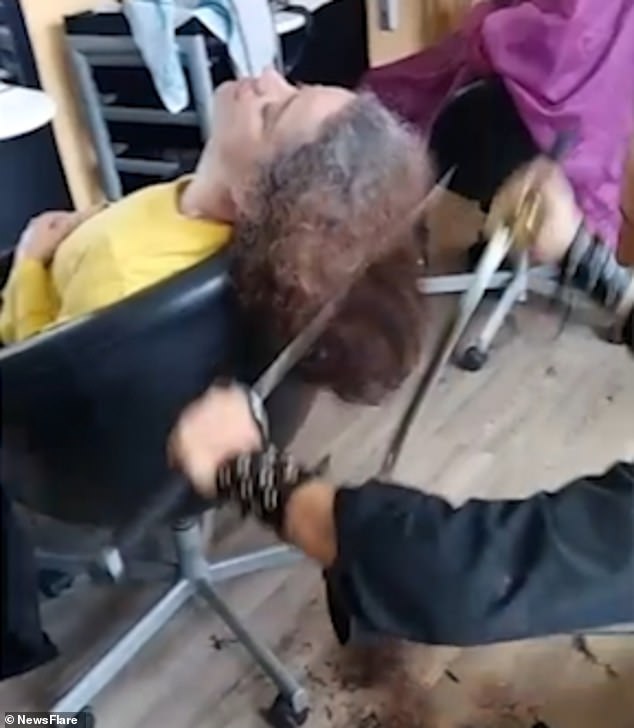 Barber Alberto Olmedo uses two samurai swords to, in his words, ensure that both sides of the hair are cut evenly

With the woman leaning back so her hair spills over the chair, Alberto uses the side of the sword to cut away the hair.

He then switches to katanas to trim the customer’s curly locks.

Other footage shows him standing in front of a customer, blade in hand.

He uses the sword to delicately cut the sides of the woman’s hair as she closes her eyes and smiles nervously. 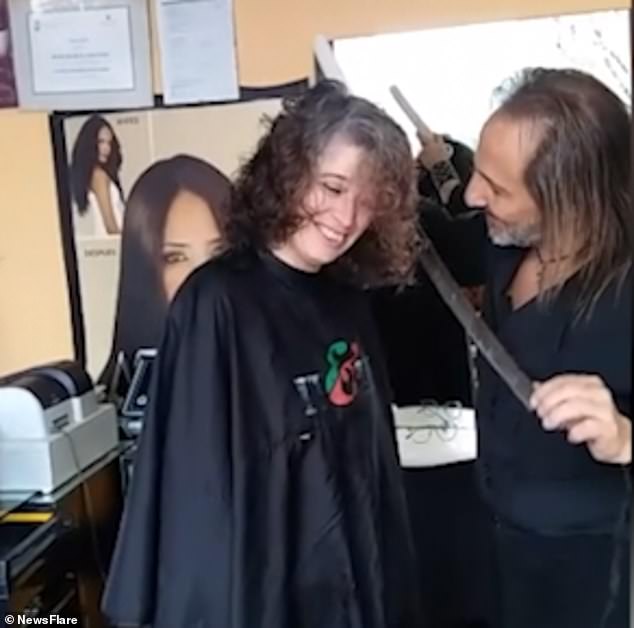 The woman smiles nervously as Alberto chops her hair, carefully and precisely slicing off chunks of it near her ear

And there’s another twist as he puts on what appear to be claws and uses them to paw at the woman’s hair, ripping off more chunks.

Just when the woman thinks she’s ready, there is a late sting in the tail as Alberto brings out another crazy tool.

Attaching Wolverine-like claws to his hands, he carefully caresses the customer’s hair one last time. 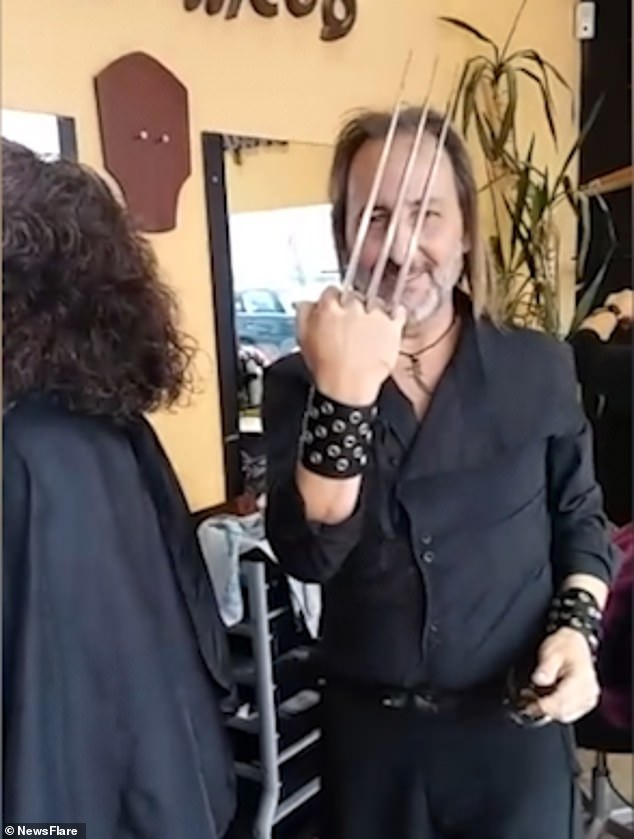