ONE of the Sri Lanka bombers checked into a five star hotel the night before standing in line a breakfast buffet where he blew himself up, it has emerged.

A manager at the Cinnamon Grand hotel in the capital city Colombo — which is often used by Westerners — said the attacker detonated a suicide vest when it was his turn to be served in the packed restaurant at 8.30am. 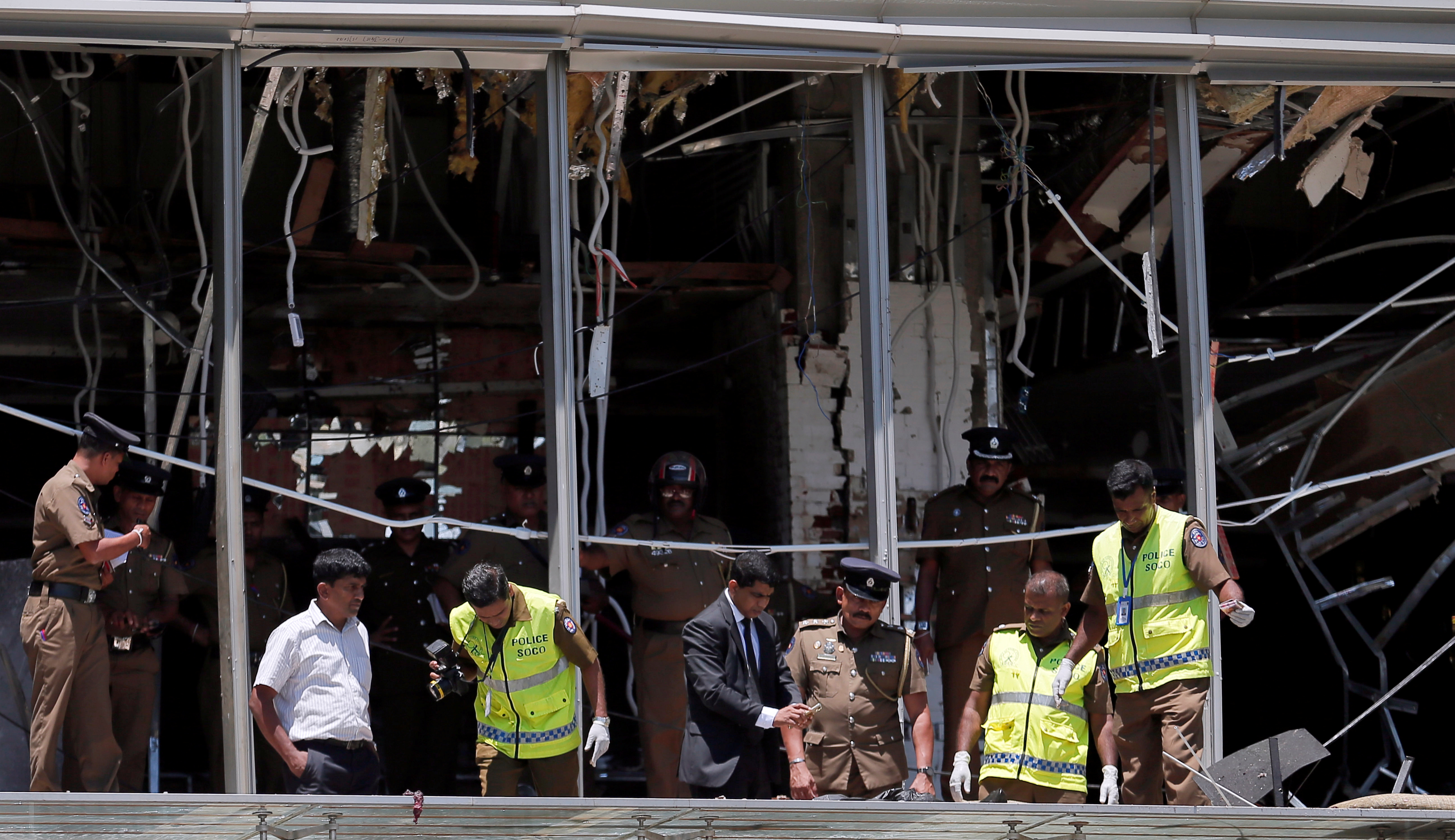 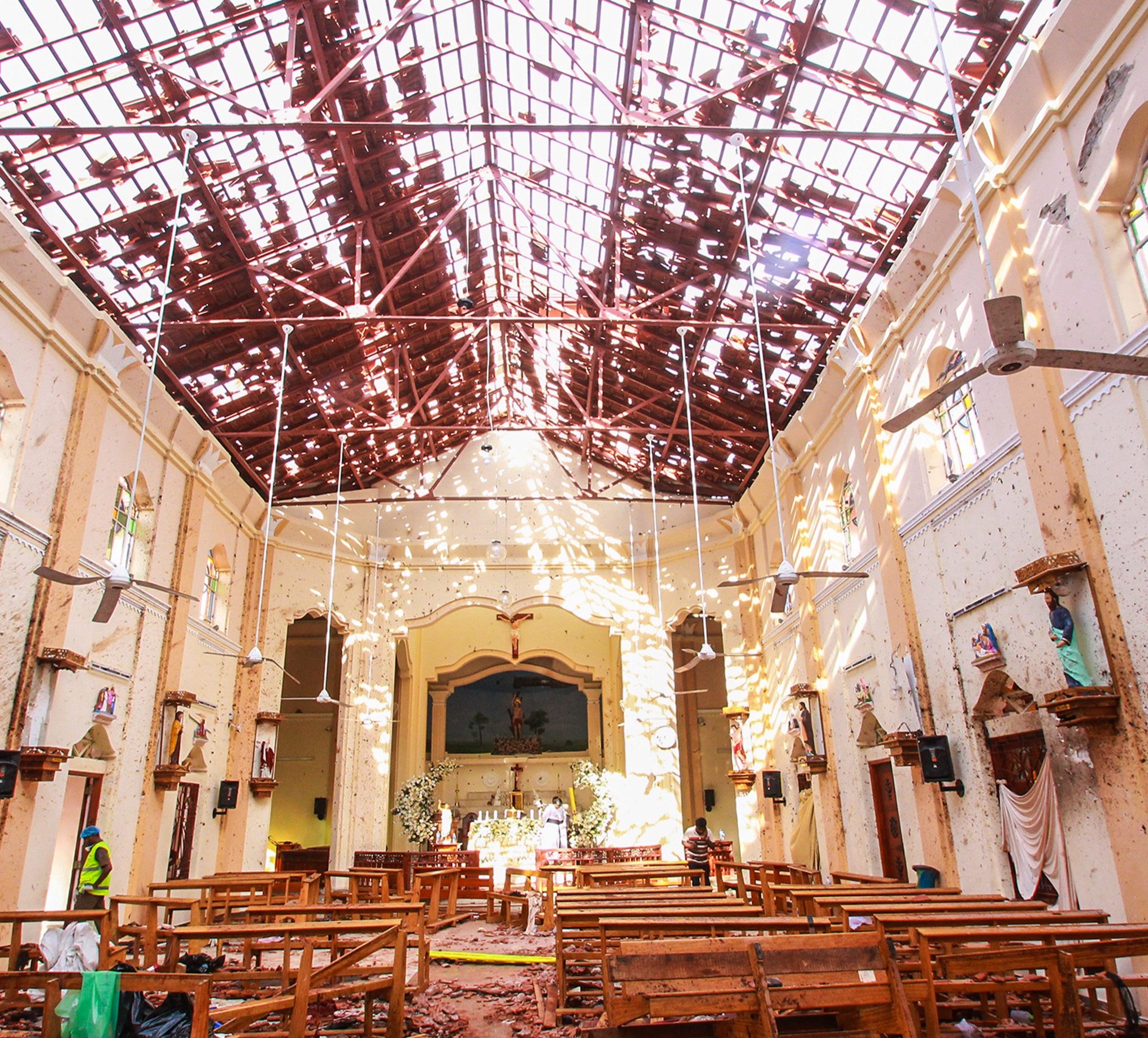 WHAT WE KNOW SO FAR:

The hotel manager said the attacker had registered the night before as Mohamed Azzam Mohamed and claimed he was on business.

The terrorist was just about to be served when he detonated the explosives which were strapped to his back, killing himself and guests who were having their breakfast.

The manager said: “There was utter chaos. It was 8.30 am and it was busy. It was families.

“He came up to the top of the queue and set off the blast.

"One of our managers who was welcoming guests was among those killed instantly."

Five Brits are among 207 people killed in a devastating Easter Sunday terror attack on eight churches and luxury hotels in Sri Lanka today as blasts ripped through buildings in Colombo.

Nearly 500 were injured when suicide bomb blasts ripped through buildings in Colombo – where tourists were eating breakfast and Christian worshippers had gathered for morning mass.

The terrorists targeted hotels such as the Cinnamon Grand which are popular with foreign visitors, as well as St Anthony's Shrine in Colombo, also frequented by tourists.

Other blasts were reported at St Sebastian's Church in Negombo, a majority-Catholic town, and at Zion Church in the eastern town of Batticalo.

Harrowing footage taken immediately after one of the blasts in a church is full of chilling screams, as stunned and panicked people react to the horror.

A terrified British family told how they were caught up in the atrocity as their hotel became a target for the terror.

Julian Emmanuel and his family, from Surrey, were staying at the Cinnamon Grand when the bomb went off.

He told the BBC: "We were in our room and heard a large explosion. It woke us up. There were ambulances, fire crews, police sirens.

"I came out of the room to see what's happening, we were ushered downstairs.

"We were told there had been a bomb. Staff said some people were killed. One member of staff told me it was a suicide bomber."

Hours after the first six were reported, there were two more fatal blasts in the city — an explosion at a hotel in Dehiwala which killed two, and another in a flats in Dematagoda which reportedly killed three police officers and led to arrests, taking the shocking attacks up to eight.

All of of the six explosions this morning — as Christians attended Easter mass — were carried out by suicide bombers, according to initial investigations.

Sri Lanka's minister of defence Ruwan Wijewardene said in a press conference: "We believe that all the culprits who have been involved in this unfortunate terrorist incident will be taken into custody as soon as possible.

"They have been identified, and they will be taken into custody as soon as possible."

He later confirmed seven people have been arrested over the string of deadly blasts — one of whom is said to have been stopped in a van transporting explosives to the city.

Dozens of local people rushed to donate blood to help the wounded in the wake of the terrifying attacks, after witnesses reported seeing buildings shake in the explosions.

Shocking images from inside one of the churches show bloodied pews, a destroyed roof and bodies scattered on the ground — as all Easter services planned for this evening in the city were cancelled. 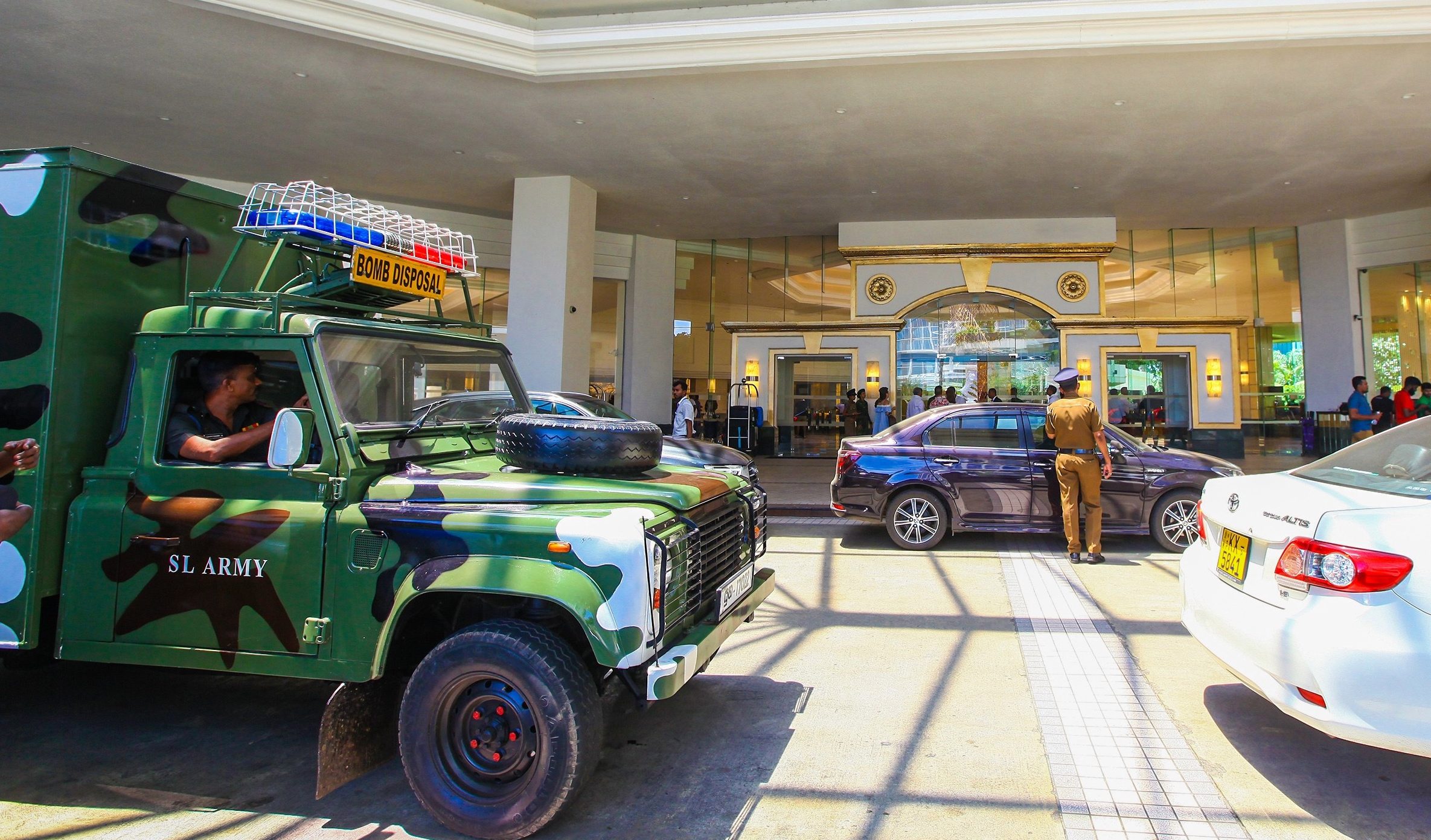 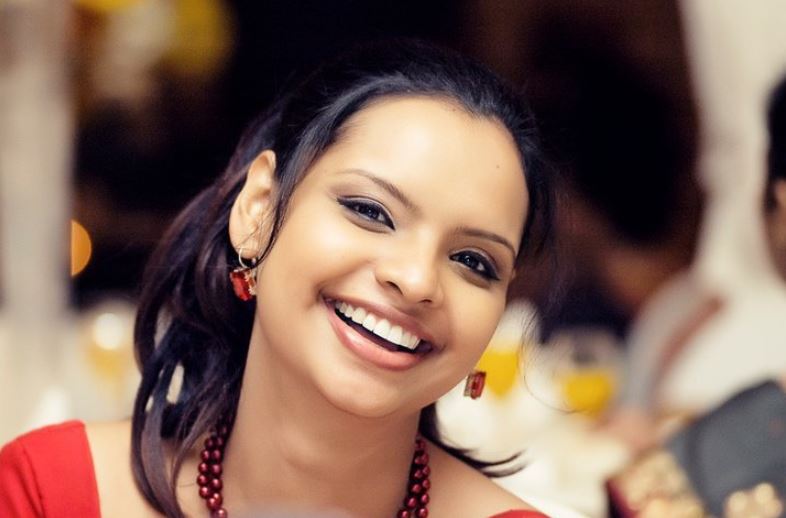 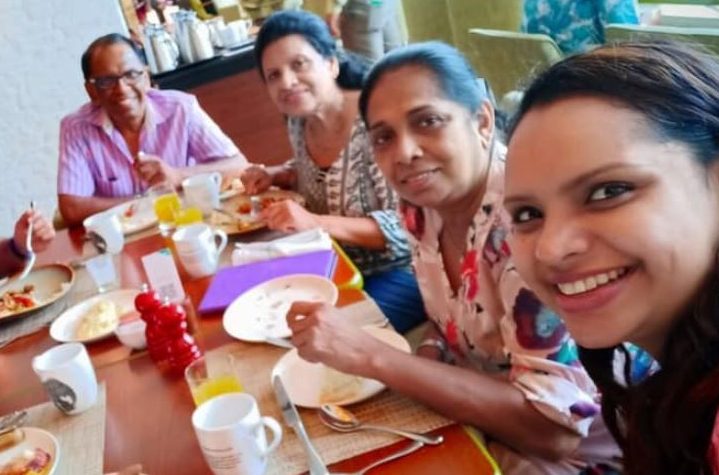 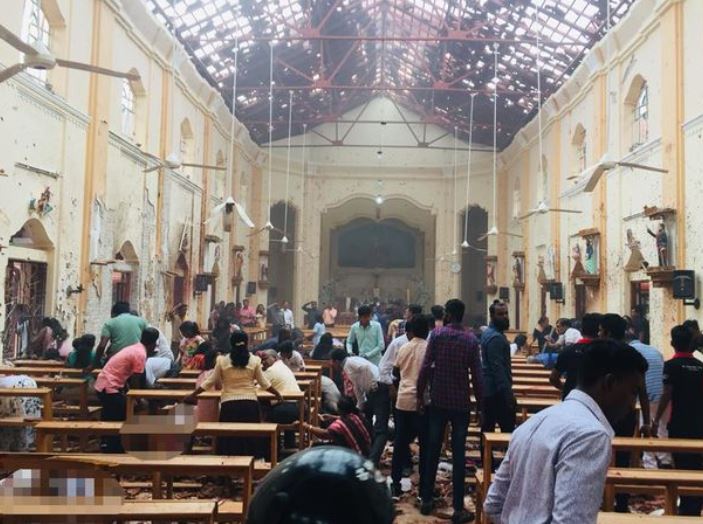 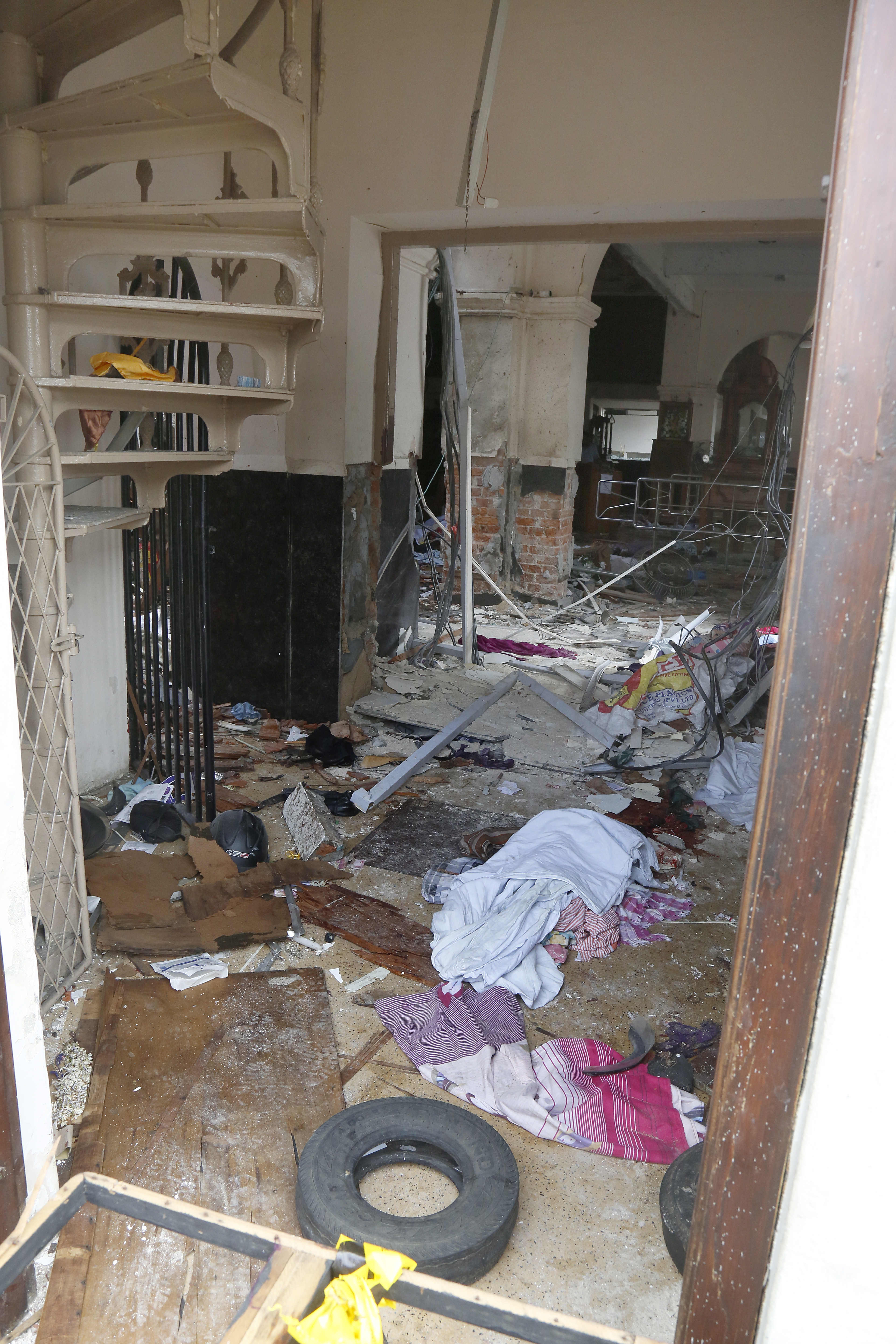 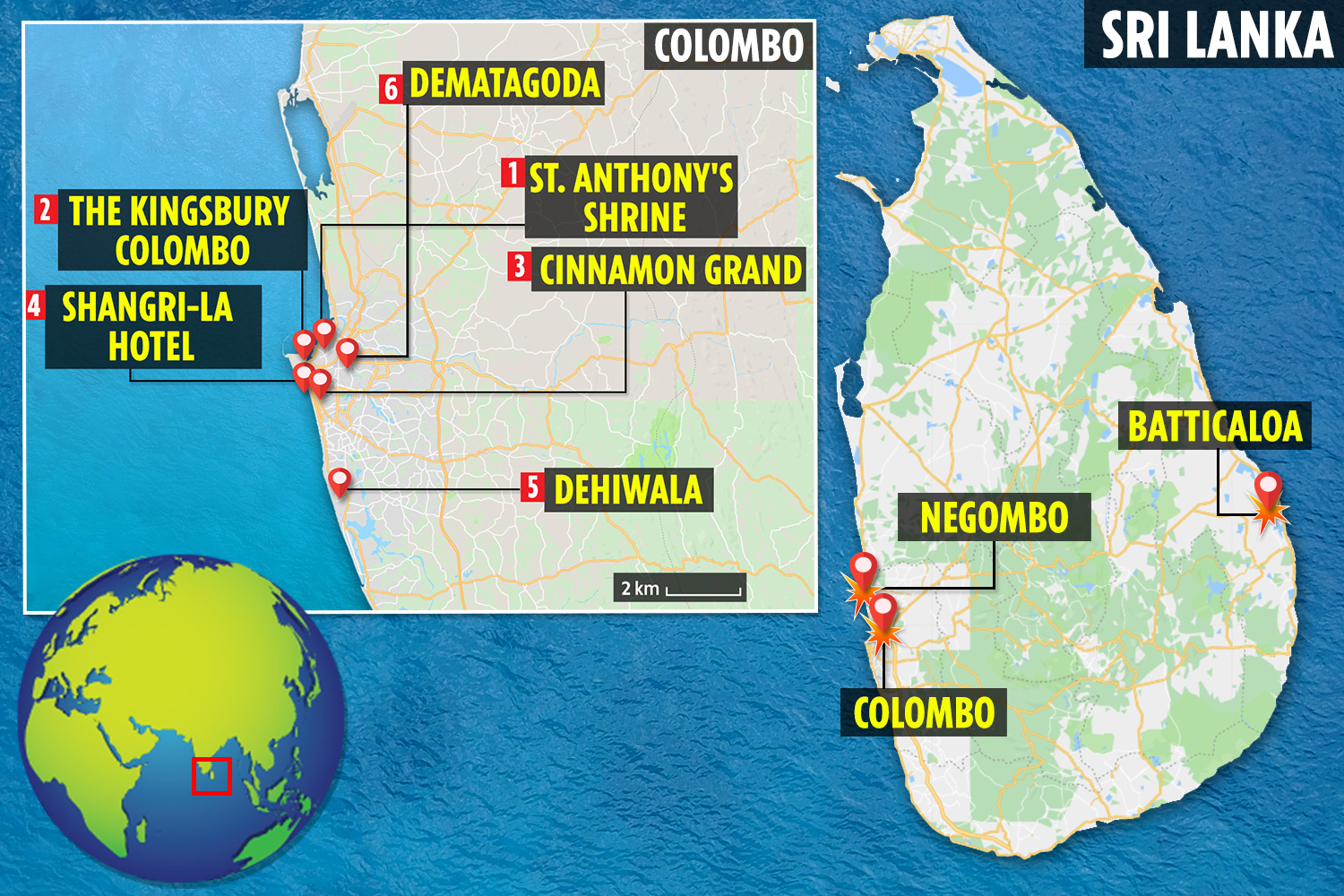 What Do BTS’ "Inner Child" Lyrics Mean In English? V Sings About A Rough Time Sharon Osbourne shows off her natural white hairdo on family outing
We and our partners use cookies on this site to improve our service, perform analytics, personalize advertising, measure advertising performance, and remember website preferences.Ok