Tourism leaders are calling on the Andrews government to rescue ailing Melbourne hotels, attractions and experiences through a city-specific travel voucher scheme that asks regional Victorians to return the holiday favour.

The vouchers would be similar in design to those encouraging Melbourne vacationers to the regions – many of which are enjoying bumper seasons in what is becoming an increasingly stark two-speed recovery, chief executive of the Victorian Tourism Industry Council, Felicia Mariani, said. 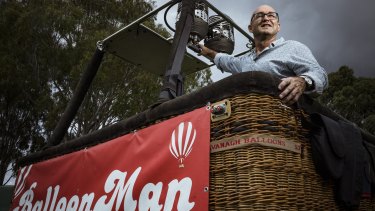 Melbourne lord mayor Sally Capp and the Accommodation Association of Australia have thrown their support behind the voucher proposal as a means to pull the city, which is particularly reliant on international visitors, business travel and events, through one of its worst periods ever.

“The city needs the support more than the regions at the moment,” said Accommodation Association boss Dean Long. He said some country areas within three hours of a major Australian city were experiencing “the best trading conditions they have in the last 50 years”.

In contrast, Melbourne hotel occupancy levels, usually above 90 per cent on the eve of the Australian Open, were now hovering around 40 per cent, he said.

The regional travel voucher program reimburses Victorians $200 when they spend at least $400 on country accommodation, experiences, tours or attractions. The first round was so popular the website crashed. The third round of the program opens for registration on March 30.

Mr Long said excluding Melbourne from the voucher scheme was a symptom of “pre-COVID thinking” in which it was impossible to imagine the city devoid of tourists.

“The people who need [the government’s] help have never needed their help before,” Mr Long said.

”It’s honourable what the Premier announced to get people moving again, but … just as he’s wanting us to adjust our mode of operating to a COVID-normal world, the government also needs to recognise that some of the things they roll out need to change.“

Vouchers or no vouchers, Melburnians who have been unable to travel overseas and desperate for a change of scenery following months of lockdown have flooded the regions since restrictions eased.

Ms Mariani said regional tourism providers still needed the third round of vouchers, especially approaching winter, but it was also time for “some two-way traffic”.

“We’ve done a great job in getting Melburnians out travelling in their own backyard,” she said.

“The problem we have is that Greater Melbourne has really been left out in the cold.

“We’ve got great theatre product, great experiences and our restaurants are ready, willing and able to attract diners. Let’s use them to encourage people from regional Victoria into the city.”

Mr Long said weekend business would soon begin to improve and any voucher scheme should encourage people to come to Melbourne for the traditionally quieter Sunday to Thursday portion of the week.

Ms Mariani proposed paying for a new city voucher scheme out of the tens of millions of dollars set aside for pandemic stimulus which had not been distributed, as The Age revealed last week.

“This is a great opportunity to use some of that money to support a part of the industry that is absolutely on its knees,” she said. “We need Melbourne to recover because Melbourne has always done the heavy lifting for our tourism performance in Victoria.”

Chris Shorten, the owner and chief pilot of hot air ballooning company Balloon Man, said business was slowly improving but was still well down on a normal summer. Much of this was due to the absence of international tourists, particularly the visiting families of foreign students, he said.

“There are quite a number of days when we’ve got zero passengers, just nothing happening,” he said.

“I think [vouchers] would be a fantastic thing. Tourism in Melbourne is crying out for it. There’s loads of rooms for a campaign.”

Cr Capp said the City of Melbourne had been “disproportionately” impacted by pandemic shutdowns.

“Accommodation providers and businesses that are reliant on attractions or provide unique tourism experiences have been some of the hardest hit from the pandemic,” she said.

“We support voucher programs to encourage people to spend, which will help these industries to recover.”