This is the moment a daredevil pilot made history by flying his plane through two tunnels while going at more than 150mph.

The nail-biting feat – which set five new world records – had never before been attempted until stunt pilot Dario Costa of Italy flew his specially modified Zivko Edge 540 racing aircraft through the Tunnel Pass system near Istanbul, Turkey on Saturday.

Precision skill was needed as Costa maintained an altitude of less than three feet with solid concrete surrounding his aircraft on all sides as he flew through two tunnels on the Northern Marmara Motorway in Catalca Mevki. 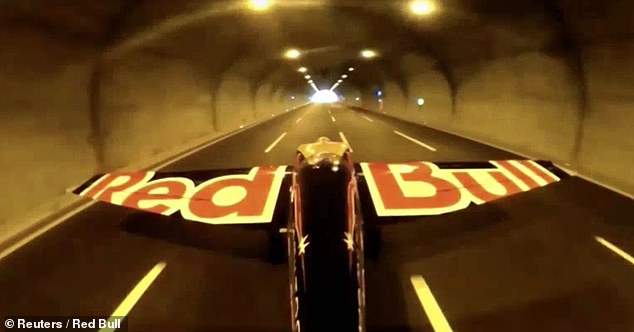 Despite a cross-wind, the Red Bull stunt pilot perfectly navigated his plane through the 360-metre tunnel and into a longer second one, which measured 1,160 metres.

The whole stunt took 43.44 seconds to complete, with Costa celebrating with a 360-degree loop and punching his fist in delight after emerging into the open air.

After he touched down, Costa said he was ‘very emotional’ about his achievement, which was more than a year in the planning and required a team of 40 people. 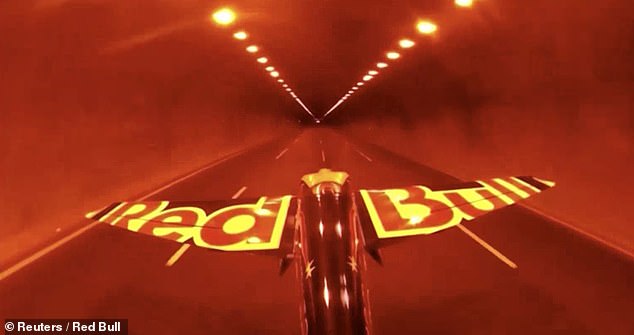 The red Bull stunt pilot flew through a 360-metre tunnel, before one measuring 1,160 metres 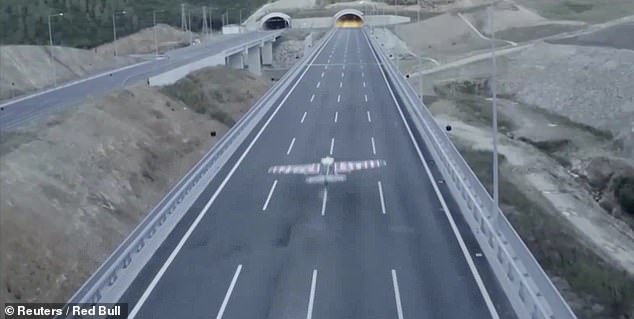 The entire nail-biting stunt took 43.44 seconds to complete at a speed of more than 150mph

He said: ‘You don’t know what to expect. You don’t know if it’s going to go good. I have never flown in a tunnel in my life. Nobody [has] ever done [it].

‘So, there was a big question mark in my head, if everything would have been like we expected, or there would have been something to improvise. So yeah, it was a big relief of course, but big, big happiness. That was the biggest emotion of the two.’ 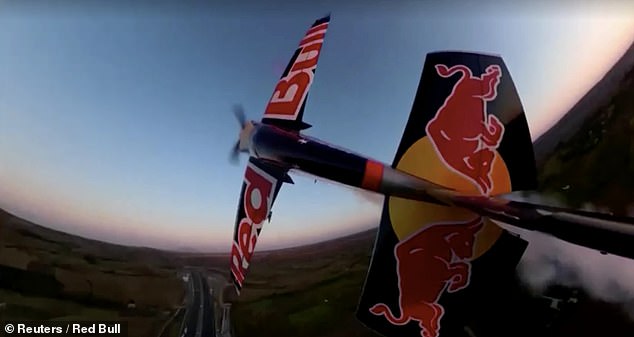 After completing the feat, Costa celebrated with a 360-degree loop while punching the air