An Australian influencer has shared the ‘crazy’ editing that transformed a video of her body as she warns viewers not to trust everything they see online.

Ariella Nyssa, 25, is a Sydney based body-positivity influencer with over 1.7 million followers across her TikTok and Instagram accounts.

Earlier this week Ms Nyssa shared a video that revealed just how easy it is for social media influencers to lie about how they really look.

She posted a TikTok clip that showed how one click of a button could shed kilos from her frame and totally transform her body.

But in an instant, she proudly flashed back to how she really is without digital help.

Scroll down for the video.

Earlier this week Sydney based body-positivity influencer Ariella Nyssa, 25, shared a video that showed how editing can drastically change your appearance in videos

‘These apps are crazy and scary,’ she captioned the video.

‘You are beautiful just the way you are queen.’

However Ms Nyssa was ‘disappointed’ with the comments the video received as several of them completely ignored her message and instead asked what app she was using.

‘I don’t love myself so sis what’s the name of the app,’ one commenter wrote. 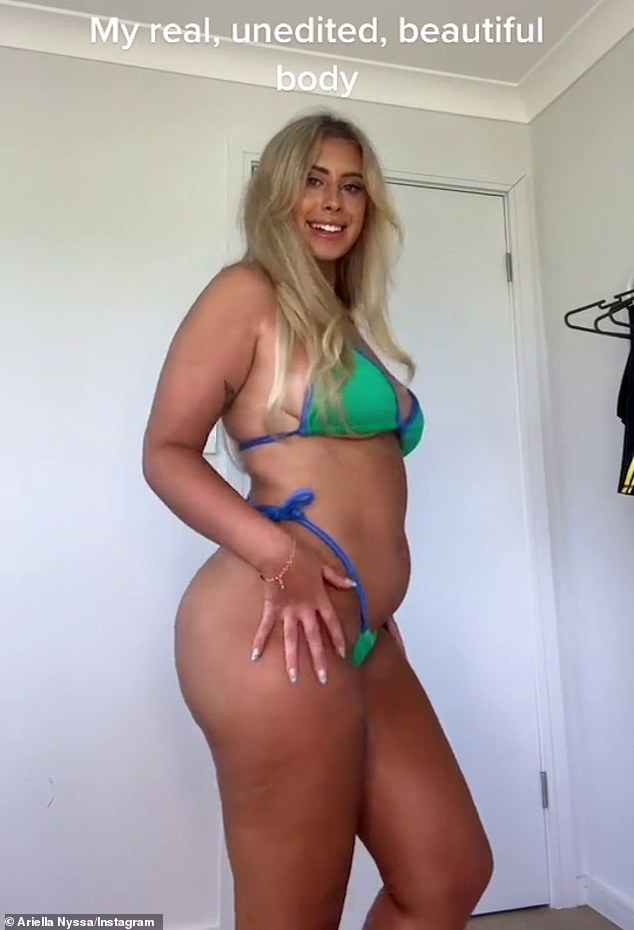 ‘Why are ya’ll asking for the app? She’s making a point to love yourself for who you are!,’ one person pointed out.

Ms Nyssa told news.com that the comments were a sad insight into how people view their bodies in the digital age. 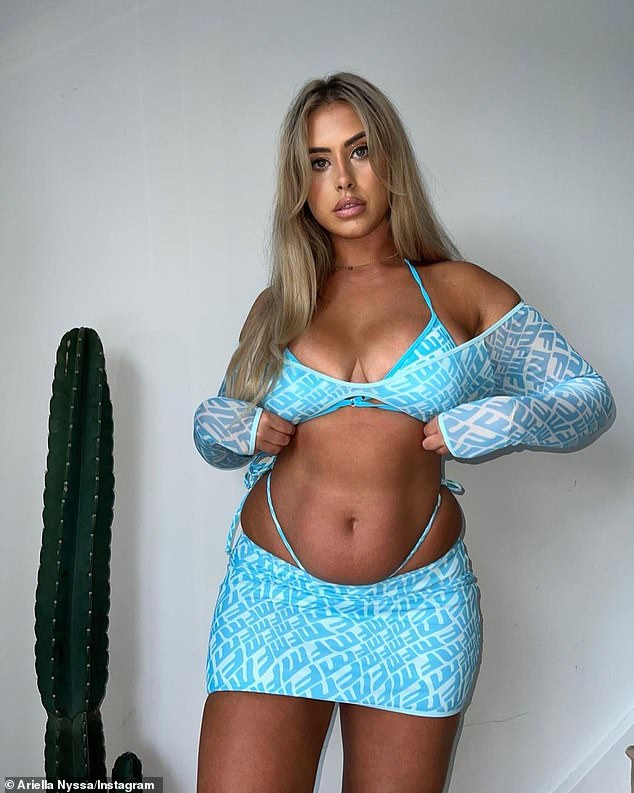 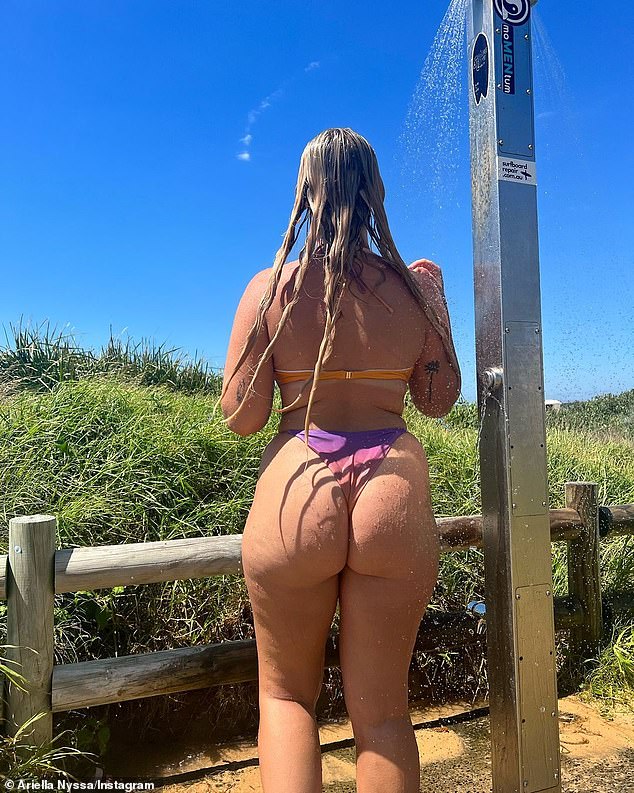 ‘I tried to reply to a few and be like, ‘you don’t need it’ but unfortunately people just don’t love themselves enough, and that is why I do post what I post.

‘I want people to know that you can look and feel beautiful without having to edit and smooth or contort your body in certain ways.’

Ms Nyssa said that when she created the video she’d only just learnt about video editing apps and were shocked at how drastically they changed her appearance. 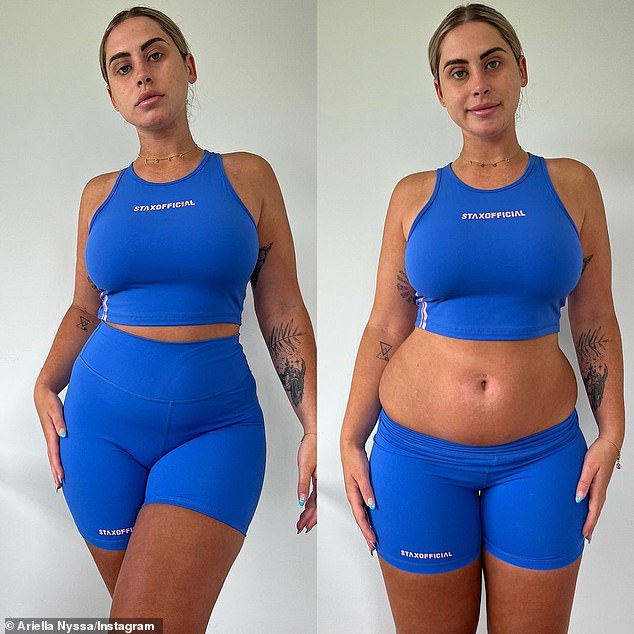 She often posts similar content with the aim of spreading body positivity.

Previously she has shared photos of her posing versus when she’s natural and said she believes when people edit their content they are having a detrimental impact on young audiences.