TATTOOED far-right Proud Boys were pepper-sprayed as they clashed with cops today during riots in Melbourne. 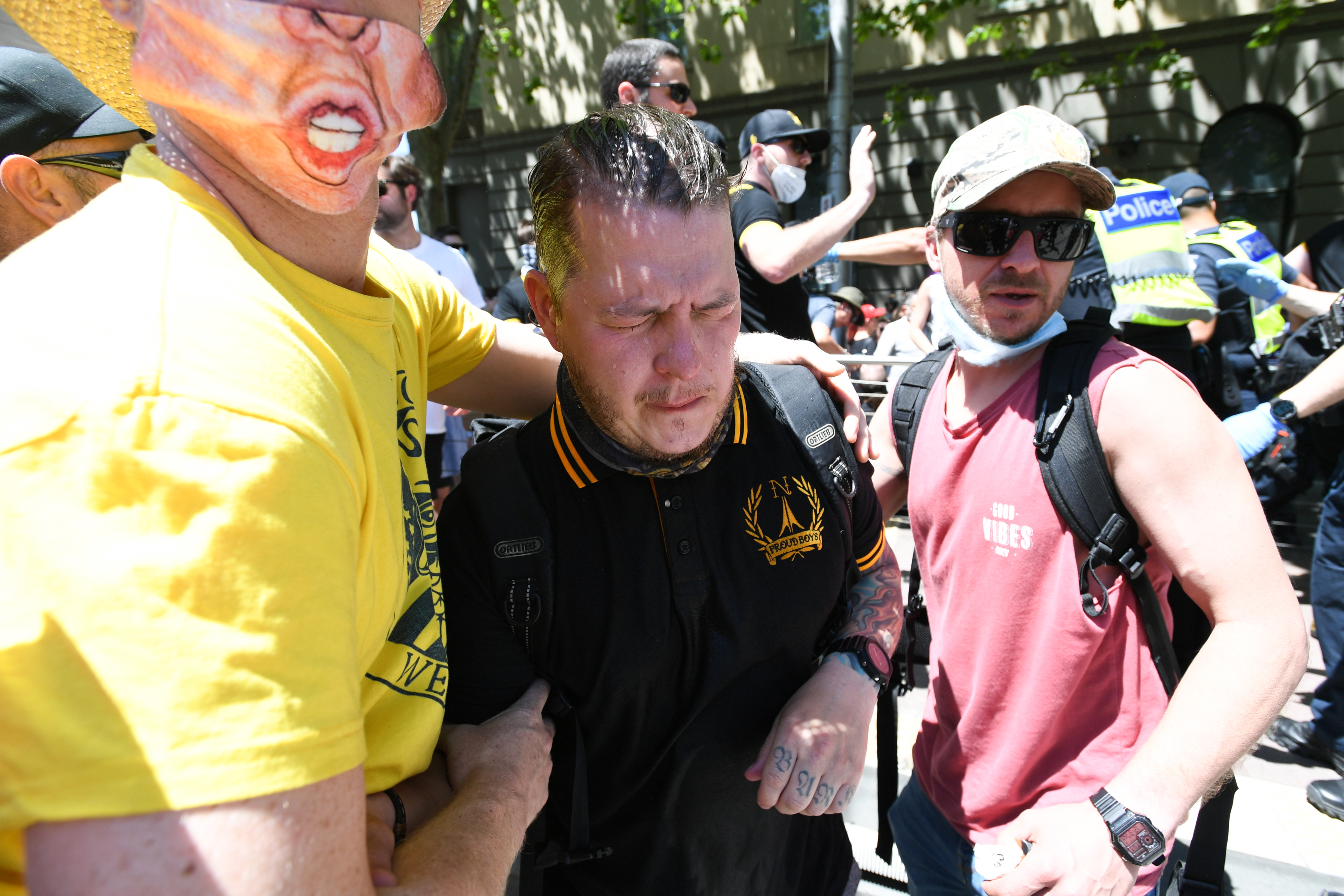 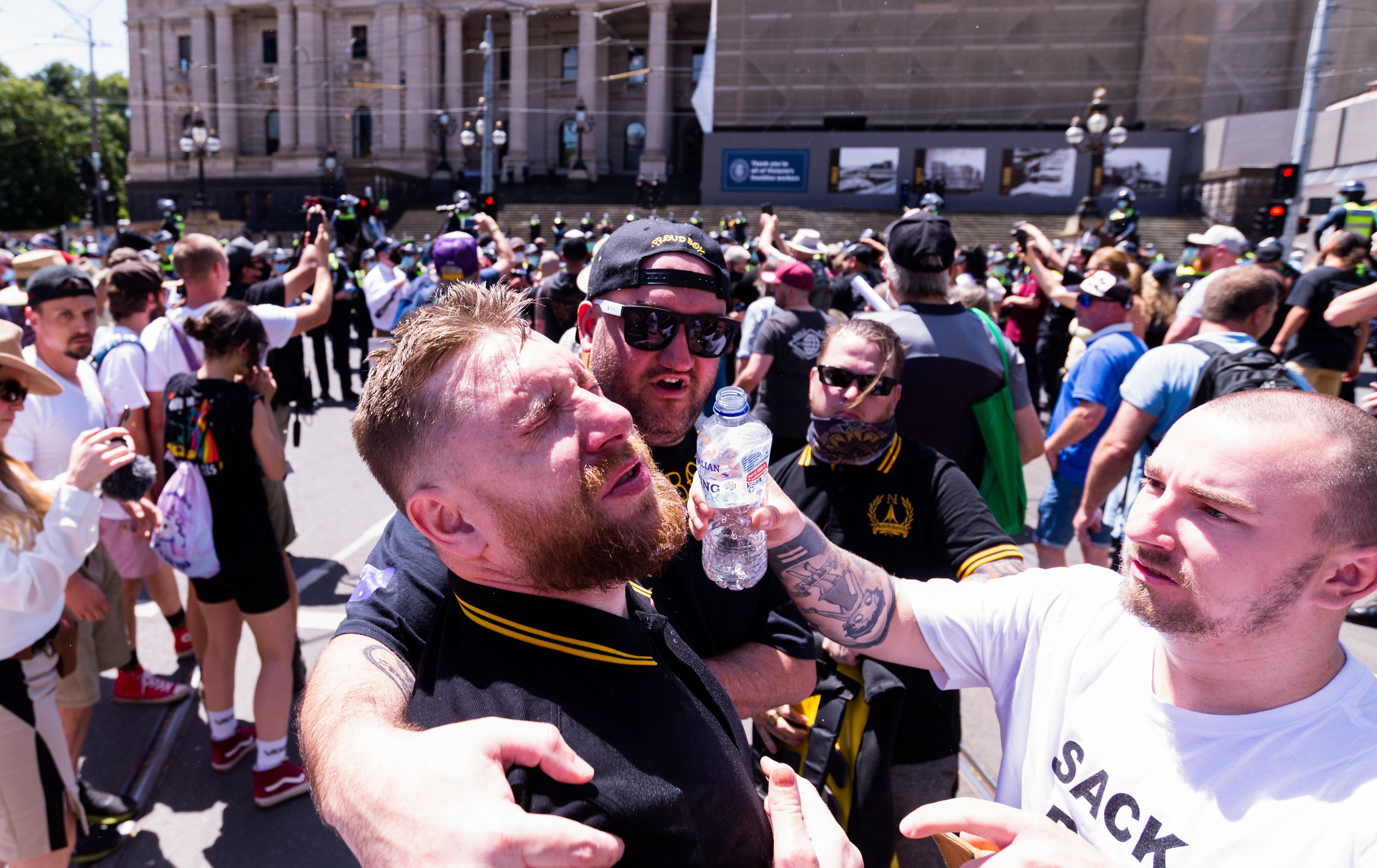 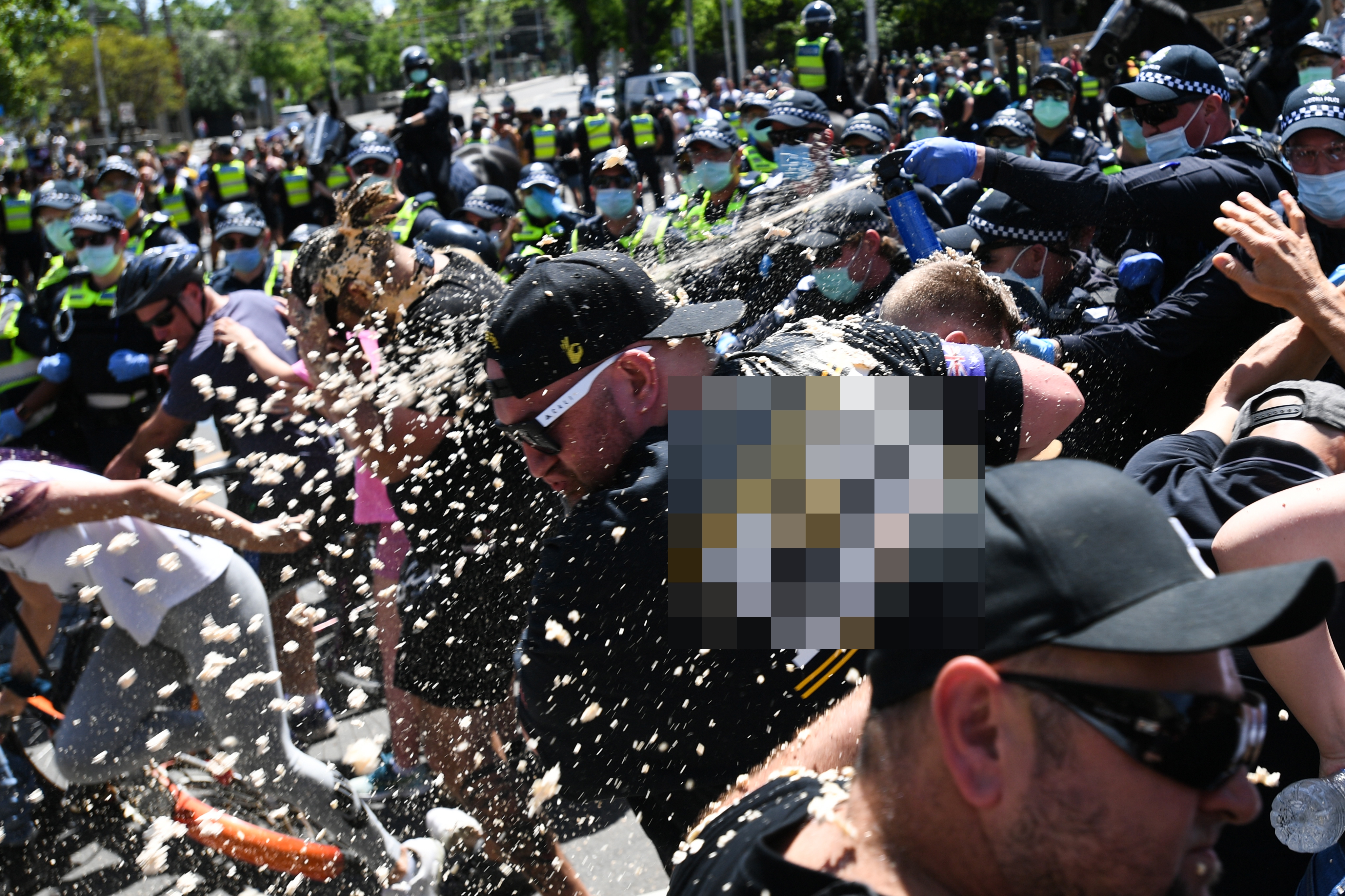 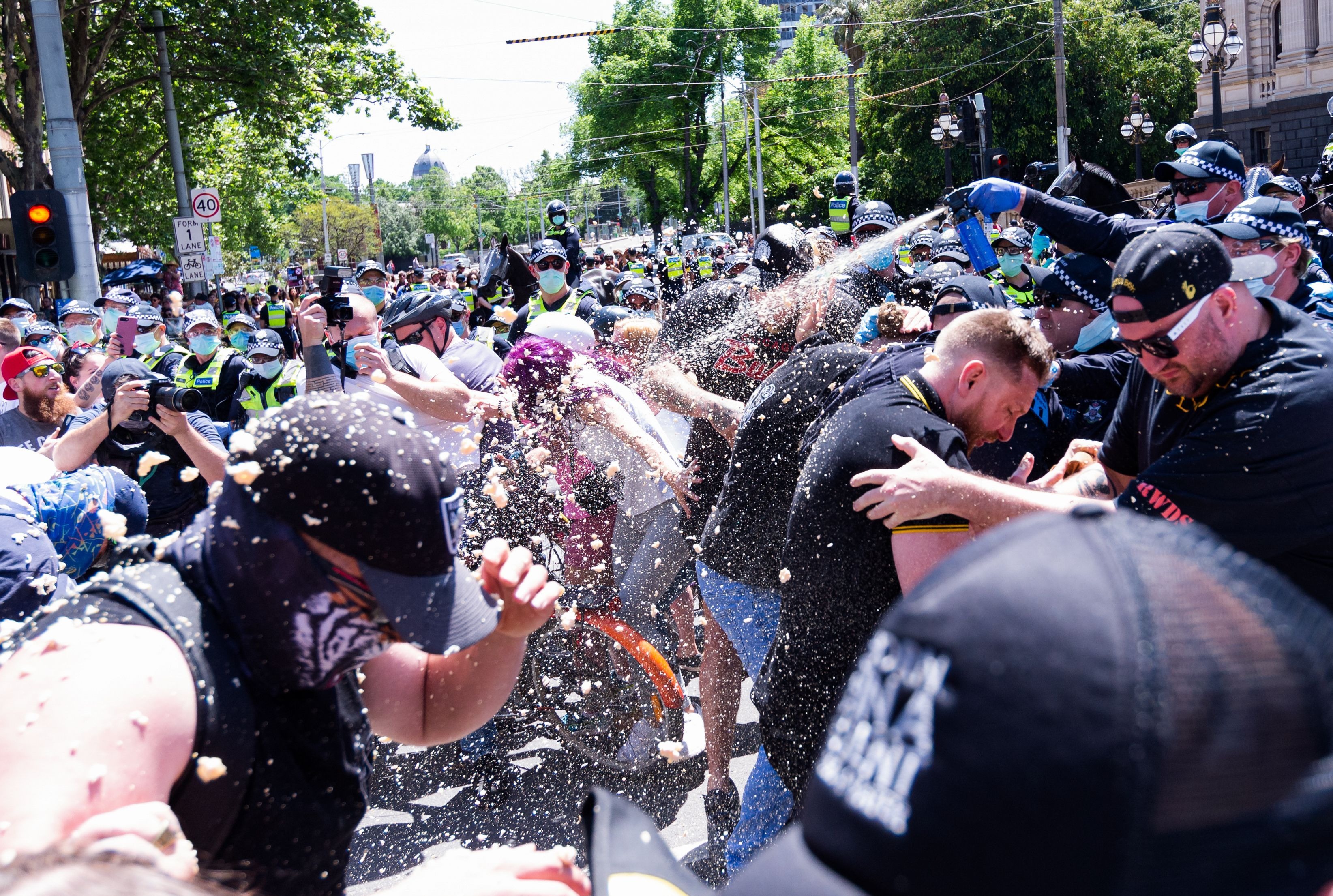 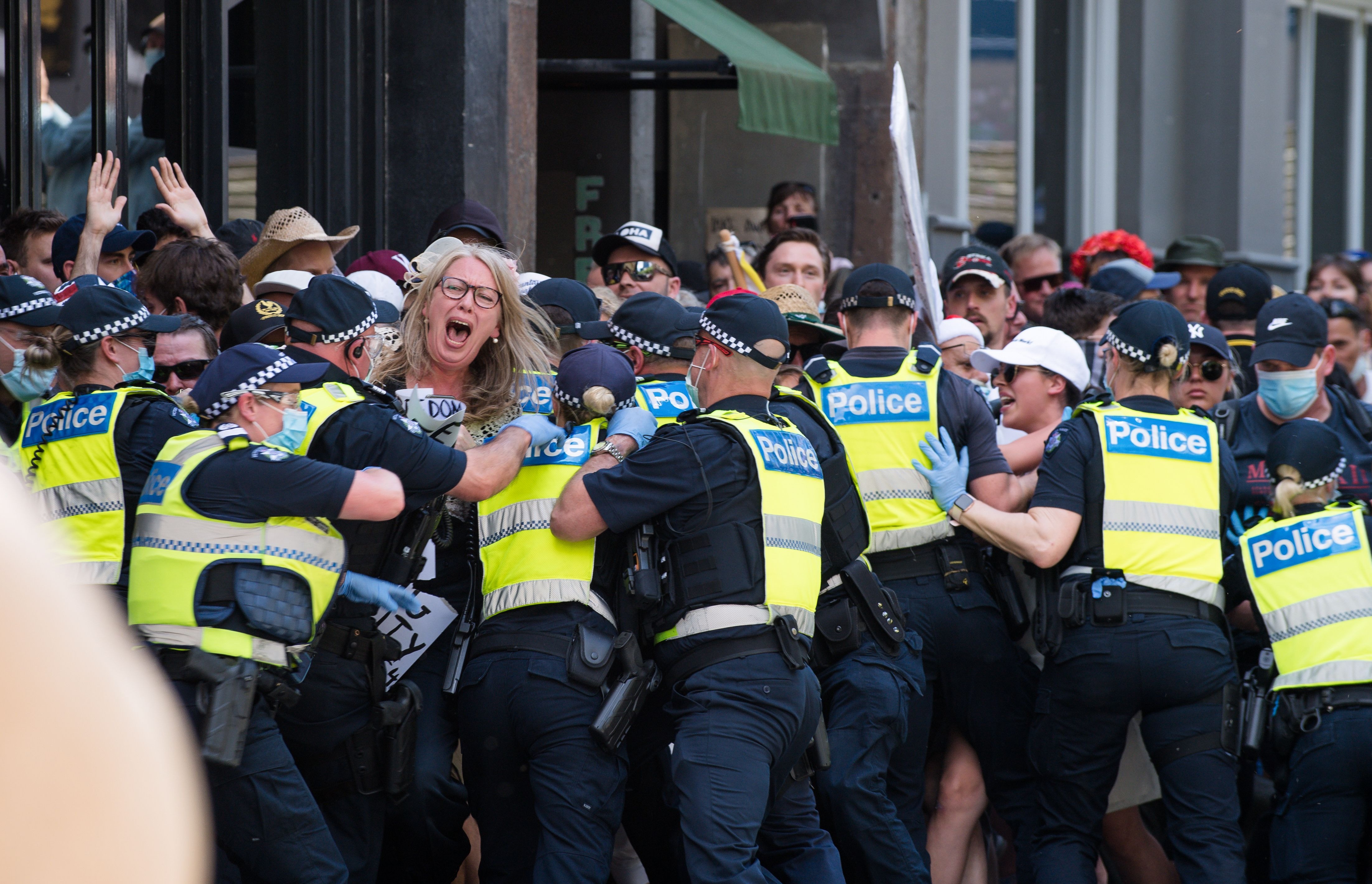 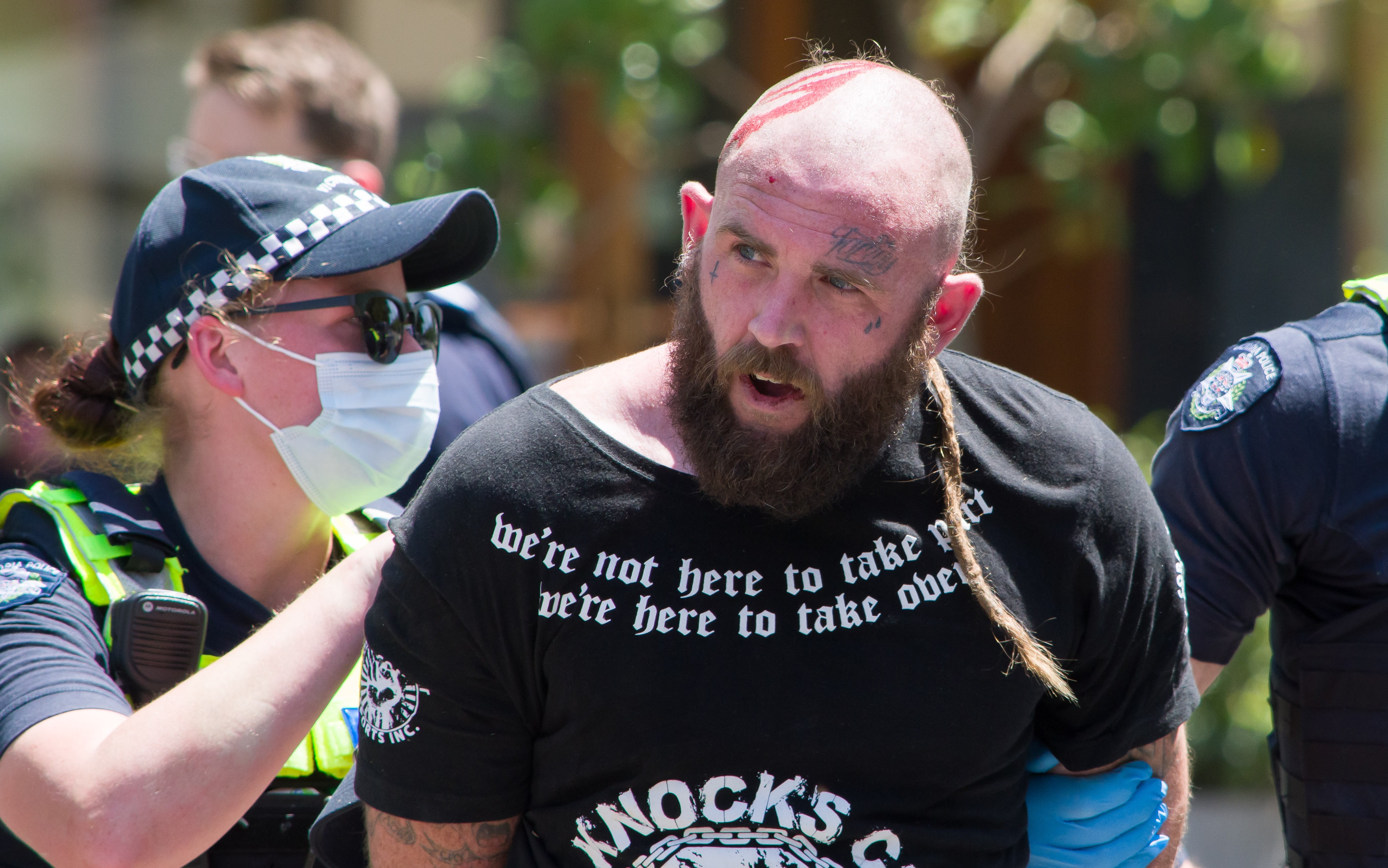 Victoria Police said a female senior sergeant was taken to a hospital with a suspected broken arm following an arrest.

Cops said others were charged with assaulting police.

Some protesters that clashed with police were wearing shirts with the words 'Proud Boy's and 'F*** Antifa'.

The Proud Boys is an alt-right organisation linked to violent clashes and created in 2016 by Vice Media co-founder Gavin McInnes.

Victoria Police said in a statement it was disappointed to arrest a large number of protesters who "showed disregard for the safety of the broader community and the directions of the Chief Health Officer (CHO)".

A spokesperson said: "Victoria Police will not hesitate to fine those who clearly and blatantly breach the Chief Health Officer directions."

Cops pepper-sprayed people, pinned them to the ground and carried scores away in handcuffs.

One man wearing a Make American Great Again hat told ABC.net.au that he was protesting against "government tyranny".

He said: "[I'm protesting against] them trying to bring in social credit scores, forced vaccines, and track and trace everywhere."

9News reporter Laura Turner said she had been verbally abused by protesters and a cameraman also spat on.

She said:"I've not spoken with one protester who hasn't been hostile and aggressive to me today.

"I've been verbally abused on a number of occasions." 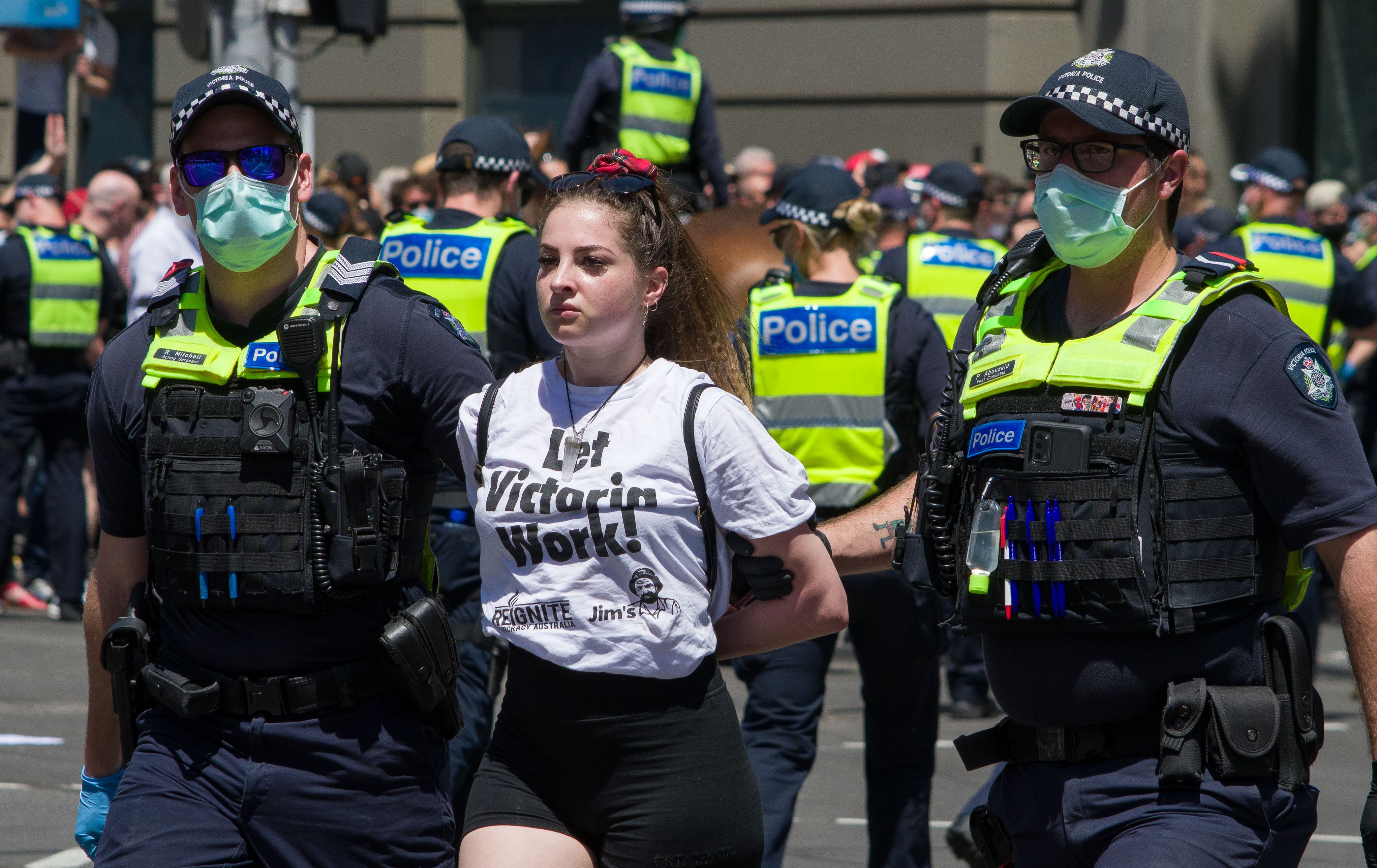 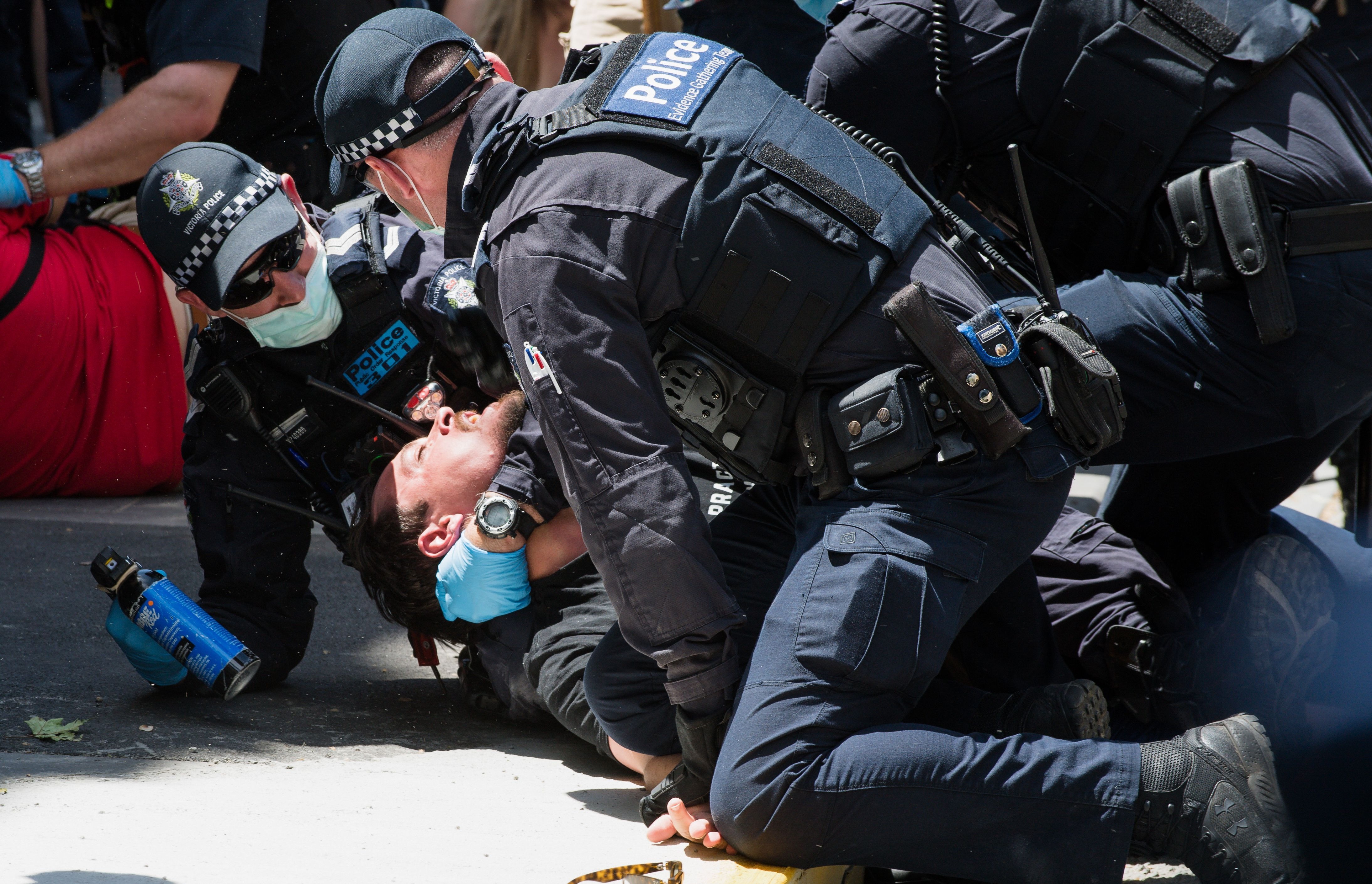 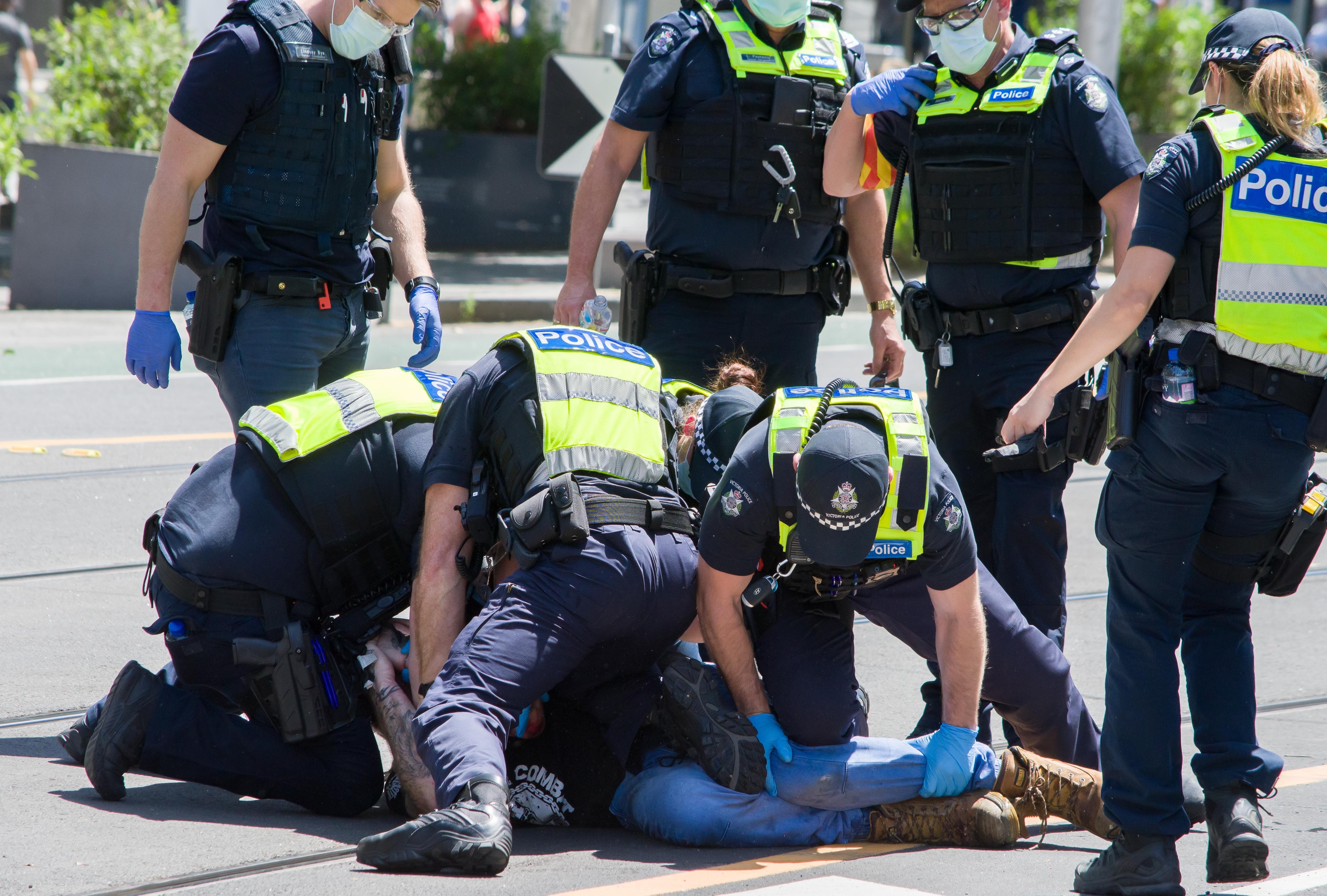 Who are the Proud Boys?

The Proud Boys is an alt-right organisation that was launched in New York City in 2016 and has been classified as a hate group by the Southern Poverty Law Center (SPLC).

The group was created by Gavin McInnes, the co-founder of VICE Media.

The group opposes Antifa which is an umbrella term for far-left militant groups that resist neo-Nazis and white supremacists.

During a debate when Donald Trump as asked to condemn white supremacists he said: "Proud Boys – stand back and stand by." Amazon Ups the Ante By Offering Extended Free Trials to Amazon Music and Kindle Unlimited
We and our partners use cookies on this site to improve our service, perform analytics, personalize advertising, measure advertising performance, and remember website preferences.Ok