If the last 24 hours is any indication, the strategy of President Trump’s reelection campaign and his supporters will be to paint Sen. Kamala Harris, former Vice President Joe Biden’s running mate, as a tool of the radical left, and also too cozy with Wall Street. Too tough on criminal suspects and also anti-police. In the pocket of Silicon Valley. Mean to Supreme Court Justice Brett Kavanaugh. Friendly with Jeffrey Epstein’s law firm. Pro-Medicare for All. For open borders and sanctuary cities. For legalization. Against fracking. A socialist. A capitalist. A weak politician. And a “phony.”

In other words, everything that Republicans have ever said about Democrats and some things that they haven’t ever tried.

Shortly after Biden announced Harris as his vice presidential pick on Tuesday afternoon, Trump campaign senior adviser Katrina Pierson issued a statement that falsely asserted Harris had called Biden a “racist” and “asked for an apology she never received.”

“Clearly, Phony Kamala will abandon her own morals, as well as try to bury her record as a prosecutor, in order to appease the anti-police extremists controlling the Democrat Party,” the statement read.

“In her failed attempt at running for president, Kamala Harris gleefully embraced the left’s radical manifesto, calling for trillions of dollars in new taxes and backing Bernie Sanders’ government takeover of healthcare,” Pierson continued. “She is proof that Joe Biden is an empty shell being filled with the extreme agenda of the radicals on the left.”

She added: “Joe Biden is no moderate, and with Harris as his ‘political living will,’ he is surrendering control of our nation to the radical mob with promises to raise taxes, cut police funding, kill energy jobs, open our borders, and appease socialist dictators.” 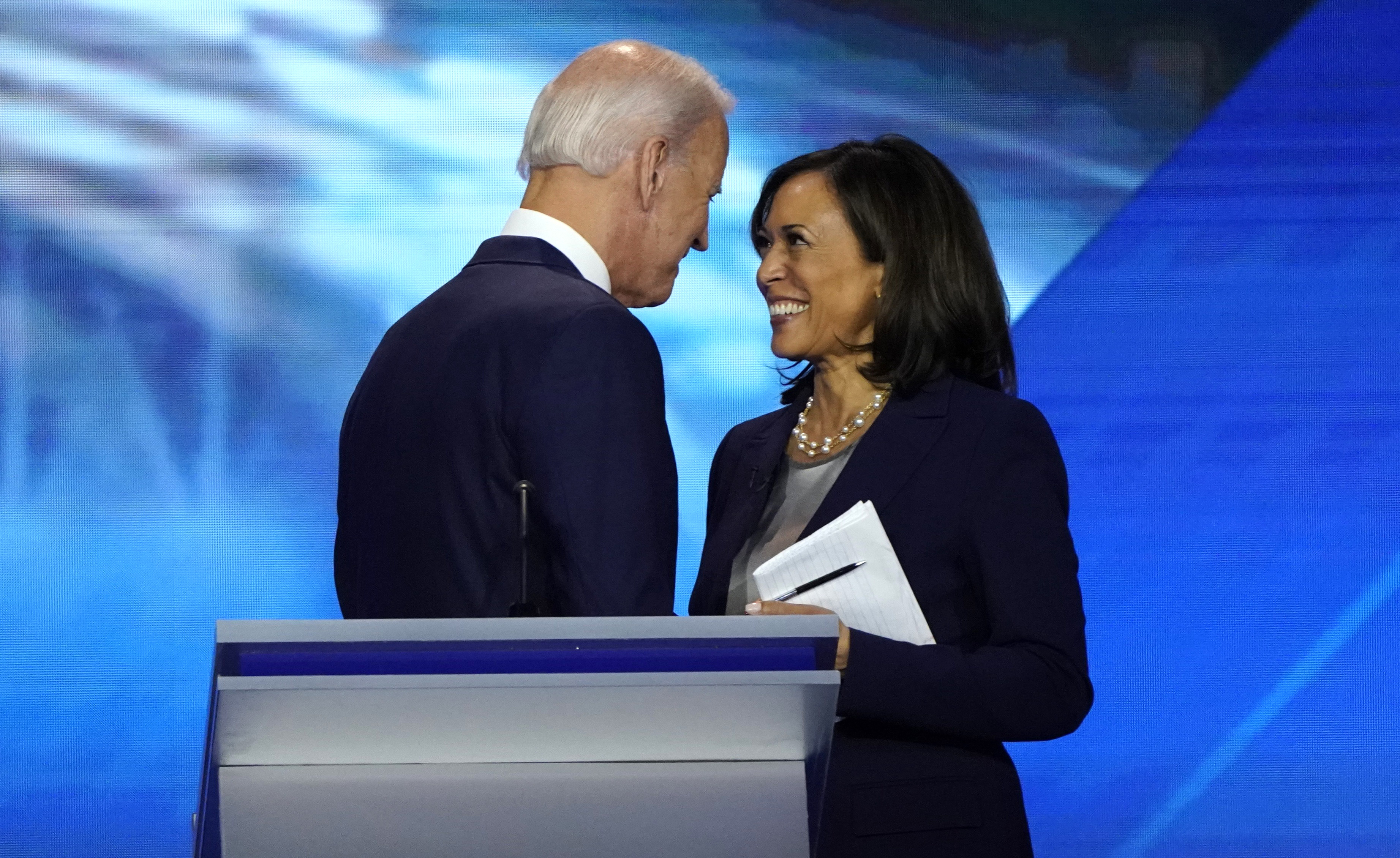 A few hours later, the Trump campaign released a list of bullet points attempting to prove Harris is “the most radical, far-left Vice Presidential nominee in U.S. history.” That overlooks, among others, Henry Wallace, who actually served as vice president under Franklin D. Roosevelt and was considered by Republicans at the time a socialist, and very possibly a Communist.

Speaking to reporters at the White House later Tuesday afternoon, Trump seemed uncommonly lackadaisical in his attack on her record.

“She’s very big into raising taxes,” he said, appearing to read from prepared notes. “She wants to slash funds for our military at a level that nobody has — can even believe. She is against fracking. Fracking is — she’s against petroleum products. I mean, how do you do that and go into Pennsylvania or Ohio or Oklahoma or the great state of Texas? She is against fracking; fracking is a big deal.”

But Trump seemed to perk up when discussing Harris’s role in questioning Supreme Court Justice Brett Kavanaugh during his confirmation hearings.

The struggle to settle on a coherent message was also evident on Twitter.

In a Tuesday afternoon tweet, Republican National Committee chair Ronna McDaniel said that Harris’s “extreme positions, from raising taxes to abolishing private health insurance to comparing law enforcement officials to the KKK, show that the left-wing mob is controlling Joe Biden’s candidacy, just like they would control him as president.”

On Wednesday morning, McDaniel shared a Fox News op-ed from 2016 deputy Trump campaign chairman David Bossie, who said that Biden and Harris will “aid and abet the radical socialists and anarchists at every turn.”

“Of course Wall Street is delighted with Biden/Harris,” Hawley tweeted. “Right back to the #China appeasement, unfettered globalism, and ruinous trade policies that have transferred billions from working people to Wall Street. That’s the Biden agenda.”

Hawley then shared a Vox.com article about Harris’s proximity to Silicon Valley.

“First Wall Street, now #BigTech lines up for Biden/Harris,” he tweeted. “The ruling class strikes back. That’s what this election is about.”