Teen reunited with mailman who helped her ESCAPE sex traffickers

‘My sex slavery hell in Sacramento’: Girl, 16, is reunited with the mailman who helped her escape traffickers and tells how she was held captive for THREE MONTHS and repeatedly raped, drugged and beaten by captors who are still at large

A 16-year-old girl has reunited with the mailman who helped her escape from a three-month sex trafficking ordeal, publicly thanking the postal worker.

Teen Crystal Allen met with mailman Ivan Cristotomo on Thursday in Sacramento, California, where she spoke to the press and described her ordeal of kidnapping, drugging and abuse.

‘They made it impossible. They had guard dogs and people that would watch us all the time and not let us leave. I was tied to chairs,’ Crystal told KCRA.

Crystal, who lives in Placerville, ran away from a group home and was turned over to a pimp in Sacramento by the ‘friend’ she left with, her mother said. 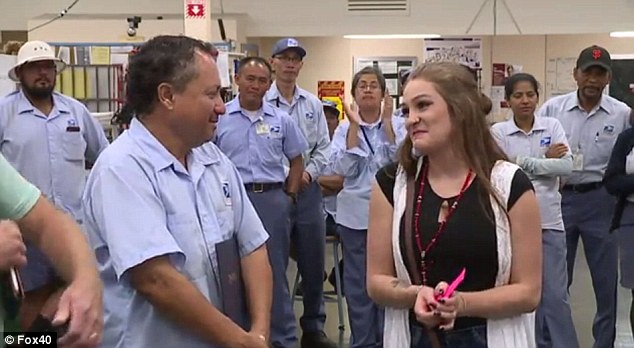 Ivan Cristotomo (left) reunited with teen Crystal Allen (right) on Thursday at the Sacramento post office where he works, two months after helping save her from sex traffickers 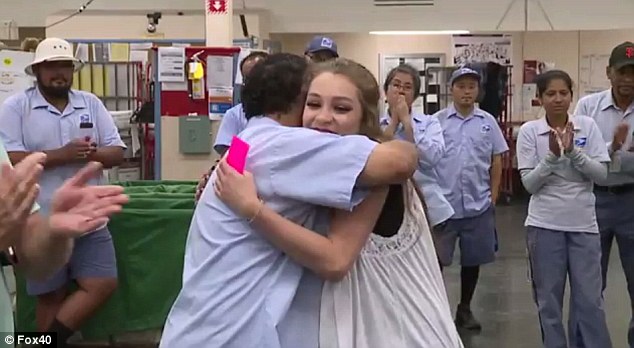 What followed were three months of beatings, drugging and rape, the teen said.

‘I just cried all the time and prayed that I’d get to see my mom again,’ she said.

Finally, on June 8, Crystal said she saw an opportunity while in her alleged abductor’s car, and jumped out, grabbing one of their phones.

Crisostomo came across the panicked teen as he was completing his mail route.

‘I hear this crying, this desperate crying,’ the postal worker told Fox 40. ‘I saw her hiding behind this kind of bush, kind of tree.’

The father of four said he quickly realized that the girl was trying to escape from something horrible. 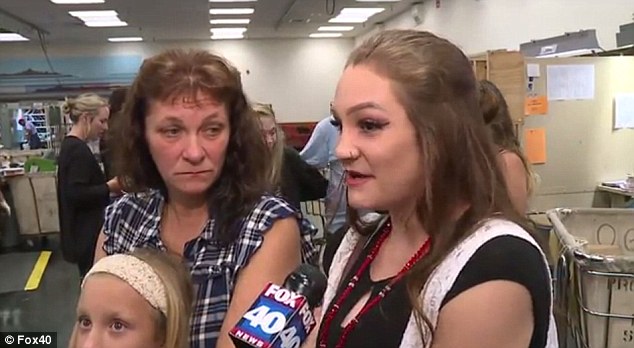 ‘They had guard dogs and people that would watch us all the time and not let us leave. I was tied to chairs,’ Crystal said 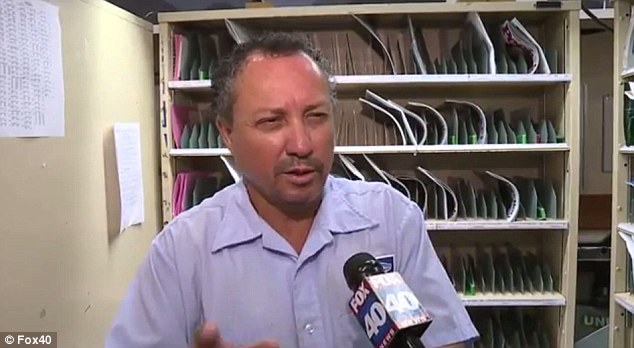 Crisotomo, a father of four, said he quickly realized that the girl was trying to escape from something horrible when he found her crying and hiding behind a bush

Crisostomo helped Crystal call her mom, and then let her sit in his mail truck until sheriff’s deputies arrived.

Police say that the neighborhood, Oak Park, is a notoriously high crime area, and that the mailcarrier may have prevented the girl from being further victimized by staying with her.

‘What Ivan did was wonderful. He stepped up where a lot of people would’ve just continued driving down the road, and he made a huge positive impact on this young girl’s life,’ deputy David Cuneo told KPIX.

Crystal is currently living in a group home and undergoing intense therapy.

There has been no word of any suspects or arrests in the case.

The Sacramento County Sheriff’s Office did not immediately respond to a message from DailyMail.com on Sunday regarding the disposition of the investigation.